The three major domestic institutes are all involved in the mining pool business. As an exchange, how to use its own advantages and how it will be deployed in the future.

Mine pools that made a lot of money this year are getting attention this year because of production cuts and Binance's march. On April 1, Binance founder Zhao Changpeng admitted that Binance will launch the mining pool business. Subsequently, media reports said that Binance mining pool has recruited former employees of Bitmain and is digging customers through Chinese miners. With the official layout of Binance, so far, the three major domestic institutions are involved in the mining pool business.

Why is the mining pool sector favored by head companies? In a set of "true fragrance" data released by PAData in early 2020, some of the answers may be found.

If calculated according to the mining pool's general proportion of 3%, in 2019, the estimated annual revenue of Bitcoin's largest mining pool BTC.com will be approximately US $ 26.495 million (186 million yuan). F2Pool, which also has an estimated annual revenue of more than US $ 20 million, reached US $ 2006.77 million (140 million yuan). In addition, the annual estimated revenue of Poolin, AntPool, SlushPool, ViaBTC, BTC.TOP also exceeded 10 million US dollars.

For the exchange, there is another reason for entering the mining pool or fancy the miners' loan demand. PayPal Finance, which mainly provides crypto asset lending business to the miners, has reported success in 2019. The annual loan balance is USD 289 million equivalent digital currency, an increase of 3780% year-on-year. This figure reflects the natural demand of the miners' group for borrowing, and this fat will undoubtedly be targeted by the exchange.

The three exchanges' pools are ranked high, and why do exchanges enter the game?

In the face of such huge potential benefits, the motivation of the head exchange to enter the mining pool sector is obvious. How does a mining pool with an exchange background stir up the market? 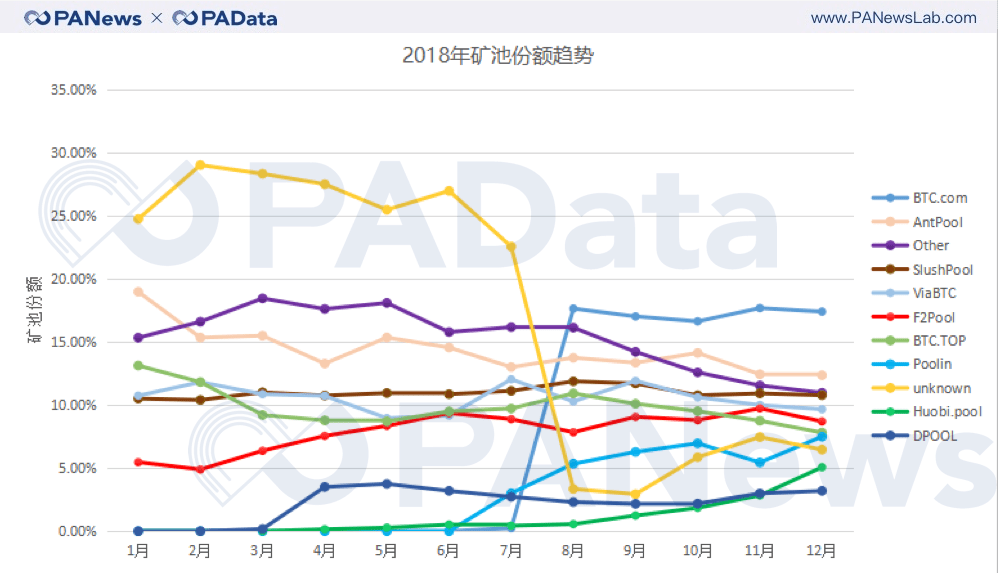 Among the mining pools with the current exchange background, Huobi.pool entered the top 10 mining pools in 2018, and its computing power accounted for a relatively stable amount, floating between 3% and 6%. 1Thash & 58COIN and OKExPool started late but later came on top. 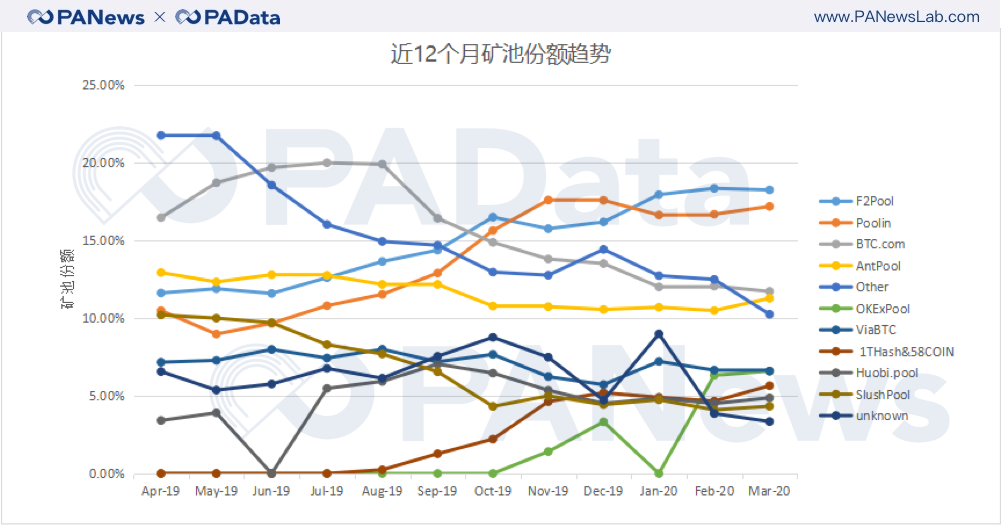 Especially for the OKExPool mining pool, in the data released by BTC.com, OKExPool has rapidly developed from about 0% of the share in October 2019 to the current mining pool with the sixth largest market share. The computing power dropped sharply in January. Some market participants told PANews that it is inferred that the reason why the current OKExPool computing power is rising faster may be the addition of more centralized large-scale mines, and there is still a lack of retail participation in the computing power structure.

Although the exchange is generally a new customer in the field of mining pools, the mining pool business of the exchange still has certain natural advantages over traditional enterprises.

On the one hand, the profitability of the head exchanges is undoubted, which makes them have innate credit endorsement in the cryptocurrency and miner groups; in addition, with the previous capital accumulation, the mine pools familiar with the exchange are in the early development stage It is possible to conduct a "price war" and sign a commission fee for a competitive mining pool in the industry with a large-scale mine, and use this to attract more miners to enter. This is also the current customer acquisition method used by Binance. In addition, the mining pool business can be linked with the exchange. For miners who join the exchange mining pool, they may enjoy lower exchange transaction fees in the future.

Herd of men and women

While exchanges are constantly pouring into the mining pool business, there are also powerful declines in traditional mining pools.

At present, the mainstream Bitcoin settlement modes in all mining pools are divided into five types, namely PPS, PPS +, PPLNS, SOLO, and FPPS. Among them, the three most commonly used settlement methods are PPS, PPS +, and FPPS. 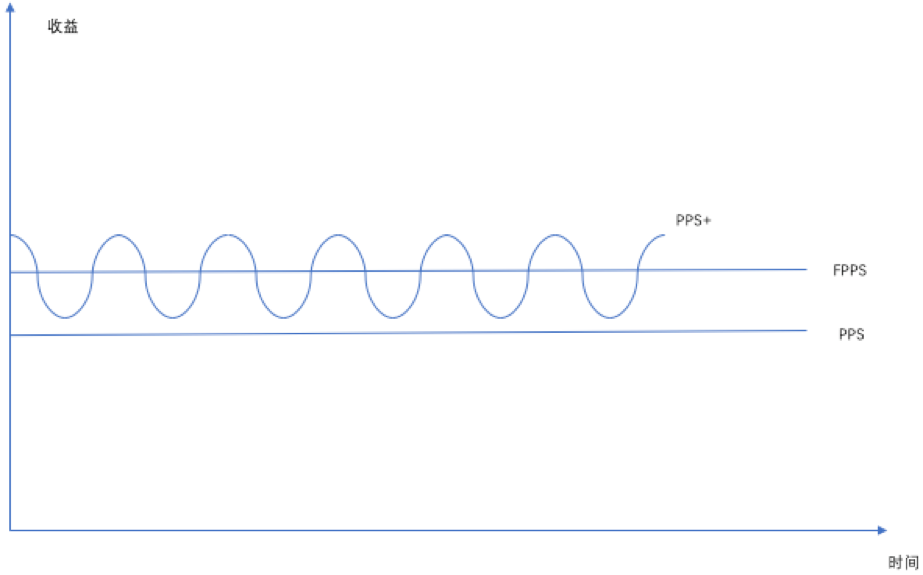 It can be considered that, for a long period of time, the actual number of bursts in the mining pool is equal to the number of theoretical bursts. The average handling fee for mining block bursts is the same as the average handling fee for the entire network. Therefore, as a stable miner, PPS + and FPPS model revenue will not have much similarities and differences. The income of miners is mainly related to the computing power and the commission of the mining pool, but in the long run it is less related to the settlement model.

The future of exchange mining

How do exchanges with user advantages make good use of their own advantages to further develop in the mining pool sector? Cloud computing power is one of the answers.

For retail investors who only want to invest tens of thousands or hundreds of thousands to mine, they will face many problems, such as technical thresholds, do not know how to buy mining machines, nor how to maintain, set up mining machines; site problems, no Most of the special mining sites are chosen to be placed at home. The high noise and heat generated by the mining machine will seriously affect life; electricity bills, household or industrial electricity are mostly between 0.8-1 yuan, and the mining machine consumes electricity every day. Huge, most of the proceeds will pay for electricity, and then seriously affect their profits, which will lengthen the return cycle and lead to more risks.

Due to the above three thresholds for mining, cloud computing mining has become another option for retail miners.

Zhao Changpeng: There are market makers trying to attack the currency futures platform, users are not affected

Cryptocurrency analysts: Consolidation of the crypto market may last for about two months