Since the pricing of Bitcoin, the world has witnessed its exciting and declining price movements. Due to the huge fluctuations of cryptocurrencies such as Bitcoin, they cannot become equivalents of daily payments or transactions, so the stable currency market is gradually developed. .

Nowadays, more and more traditional industry giants will choose the stable currency market in the first step of the blockchain field – the price fluctuations are small and the risks are controllable. The two most prominent examples are Facebook and JPMorgan Chase.

In February of this year, the New York Times issued a statement saying that Facebook may issue a stable currency linked to the legal currency, which is said to be used for transfer and remittance in the mobile app WhatsApp. Although the technical details have not been announced, what is certain is that what Facebook wants to do is to become a stable currency linked to the US dollar or a basket of legal currency. 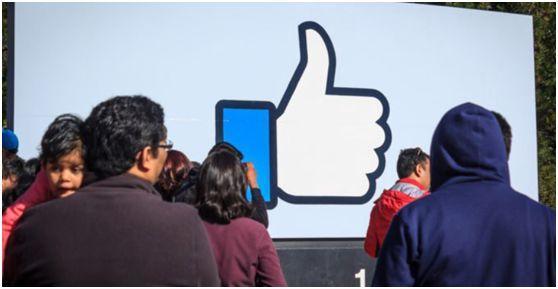 On February 14, the media reported that JPMorgan Chase Bank will issue its own digital currency, JPM Coin, but it will only be used by a few JP Morgan Chase customers for the purpose of purchasing securities and real-time settlement. JPM Coin is directly linked to the US dollar, 1 JPM Coin is equal to 1 US dollar, and institutional users can obtain tokens by depositing funds in the bank.

The most stable currency for the audience: Tether (USDT)

The USDT is the world's most widely used cryptocurrency with a market capitalization of more than $2 billion. It is one of the top ten cryptocurrencies in the world, and many traders use it for asset hedging and risk hedging. On March 31 this year, USDT's daily trading volume hit a record high. There were 38,150 transactions on the day, and the 24-hour trading volume exceeded Bitcoin, reaching US$12 billion.

In addition to the stability of legal currency support like USDT, there are stable coins supported by other assets, such as Digix – 1 DGX worth 1 gram of gold, Venezuela issued oil coins – 1 oil coin worth 1 barrel of crude oil .

When the stable currency is no longer stable

At present, there are various kinds of stable coins in the market, but we have not solved the most obvious and most easily overlooked problems: most stable coins including USDT are unregulated, unaudited and operated. An opaque entity is issued.

Although USDT has occupied half of the stable currency market, the elderly in the circle know that its growth has been accompanied by great controversy. First, the French currency storage account has always been a mystery . No one knows how much US dollar deposits Tether has . Second, the relationship between Tether and the BitFinex exchange is not clear . The latter is often accused of borrowing USDT to manipulate bitcoin prices.

At the end of March, Tether revised the product introduction on the official website. In the new terms of service, they said that USDT is no longer 100% supported by the US dollar . This move has made the outside world very worried about Tether's financial stability. Tether can use assets other than the US dollar in the future to maintain its literal stability.

At the end of April, Tether’s crisis of confidence broke out again. The Office of the Attorney General of New York broke the $850 million funding gap for BitFinex, and both BitFinex and Tether will face prosecution. The indictment states that Bitfinex also uses $1 billion in client funds and its own funds through its payment service processing service provider, Crypto Capital. The funds are currently being detained by Portugal, Poland and the United States.

It is worth noting that even if Tether is finally investigated, the result is good, which does not mean that it is a trustworthy stable currency in the future. The incident proved that regulators have begun to impose higher transparency requirements on cryptocurrencies supported by the legal currency. Therefore, only when the release, management and distribution of USDT becomes more transparent , investors' concerns, uncertainties and doubts will completely disappear.

As a subversive technology, Stabilizing coins will have some tough problems before maturity like other cryptocurrencies.

As we all know, the amount of funds and savings accounts held by banks has not been stored in a 1:1 ratio . Banks implement a reserve system that prejudges based on solvency and profitability. Often only 20% of bank deposits are supported by actual cash.

If this is applied to the stable currency, this means that it is not a 1:1 financial support issue, but a transparency issue.

Perhaps, as the stable currency matures, they will operate like a banking system.

There are already some stable coins in this area to try. The stable currency USDC issued by Circle has been publishing a third-party audit report to prove that it is supported by USD 1:1; TrueUSD is also very transparent, and its audit also confirmed that it is fully supported by the US dollar.

Central banks around the world are likely to begin issuing regulated stable currencies, either secured by legal goods or managed in a similar way to legal currency. This may bring some centralization risks, but its presence does make it easier for investors to operate in the digital ecosystem.

Stabilizing coins may take some time to reach a level that makes ordinary users feel safe and trustworthy, and those who need 100% trustworthy, fully functional stable coins can choose MakerDAO's stable currency DAI, which uses blockchain technology. Linked to the US dollar but does not require pledge of the US dollar, with multiple mechanisms to ensure decentralization and transparency.

Although the DAI system can automatically adjust the price to about US$1 according to the market, the price of DAI has been lower than US$1 this year. Although the project side has been adjusting the loan interest rate to correct the anomaly, it also shows that this decentralized stable currency is not necessarily perfect.

Whether it is the centralization or the decentralized stable currency, their respective advantages and disadvantages, these problems can not be avoided, because the underlying blockchain system and the platform and DAPP to build them are just a new technology.

Although the USDT regulatory incident has caused many people to fall into the problem of stable currency selection, the answer is very obvious: like other assets, choose multiple stable currencies to spread the risk.

Although dozens of stable coins currently exist may not be the perfect solution to the volatility of the cryptocurrency market, the basic technology and regulatory measures surrounding the stable currency in the future will certainly develop towards a more mature and more widely used direction.