BCH and BSV have taken the lead in completing the halving task last week, but there has been no price surge and no mining accidents. Everything seems to be unsurprising. The halving effect expected by investors is not reflected on BCH and BSV, and we can only hope that the halving effect will only apply to Bitcoin. The epidemic of New Coronary Pneumonia is still spreading around the world, the challenges facing the global economy are still severe, and the economic crisis is rampant, but the pace of the blockchain industry has not stopped. According to statistics, in the first quarter of 2020, 7 provinces and cities in China have listed more than 20 blockchain projects as key industrial development projects and key investment projects. The construction of these projects is mostly scaled, and the total investment has reached billions of yuan. It can be seen that the local governments are determined to help the development of blockchain in 2020.

On April 9, the Central Committee of the Communist Party of China and the State Council issued the "Opinions on Constructing a More Perfect Market-Oriented Allocation System for Factors". This is the first factor-based market-oriented configuration document issued by the central government. The data was officially included in the scope of production factors for the first time. As a necessary means to solve data confirmation and pricing transactions, how does blockchain participate in the construction of the data element market? Although the new crown epidemic has affected the development of many industries, the blockchain industry has still received great attention in this epidemic, and many stimulus and encouragement policies have been issued to support the development of blockchain-related matters.

New Zealand High Court responds for the first time: cryptocurrency is a property

That night when BCH was halved, what did Wu Jihan say on the AMA?

Recently, the Xiong'an New District ushered in the third anniversary, and the Xiong'an Blockchain Lab was finally officially established. The Xiong'an Blockchain Laboratory has a special significance, which marks that the blockchain innovation practice of the Xiong'an New District has entered the stage of organization and large-scale landing. New chapter. In addition, according to statistics, in the first quarter of 2020, 7 provinces and cities in China have listed more than 20 blockchain projects as key industrial development projects and key investment projects. Not only that, the construction of these projects is mostly scaled, and the total investment has reached billions of yuan. It can be seen that the governments of various regions are determined to help the development of blockchain in 2020.

As DeFi continues to grow, the Ethereum platform, which is the main battlefield of DeFi, has begun to diversify. How to introduce the huge Bitcoin ecosystem into Ethereum DeFi has become one of the important research and development directions. The blockchain payment company Sila completed $ 7.7 million The purpose of financing is to introduce Bitcoin into the Ethereum DeFi application.

Thesis completes $ 7.7 million in financing and wants to introduce BTC to Ethereum DeFi

Since Bitcoin miners plan to get as much BTC as possible before the block reward is halved in May, the current hashrate of Bitcoin's entire network has been significantly improved. In addition, with the halving of BCH and BSV, miners may switch their computing power to Bitcoin in a short time. However, the revenue of miners is still seriously affected by the decline in currency prices. Compared with February, bitcoin miners received $ 380 million in March, a 25% drop. In addition, Jianan Yunzhi, one of the world's largest mining machine manufacturers, released its 2019 financial report, with a full-year net loss of up to US $ 148 million.

DeFi's borders are expanding rapidly. According to the data, the DeFi world has surpassed "critical mass" and started to show network effects that conform to "Metcalfe's law". DeFi's Big Bang may have begun. The high volatility of the crypto market has led to the DeFi interest rate staying high, but it will eventually compress over time. More and more lenders will accept cryptocurrencies as collateral, stablecoins will be increasingly adopted, the bridge between cryptocurrencies and fiat currencies will become more efficient, DeFi will become more mainstream, and will be able to Good protection against smart contract risks.

Many analyses believe that the new crown epidemic will accelerate the arrival of central bank digital currency and help solve the challenges facing the epidemic. The Bank for International Settlements (BIS) released a report encouraging central banks in various countries to promote the development of central bank digital currency (CBDC) and digital payments during COVID-19. The turbulence in the world economic situation in 2020 seems to be a new opportunity for CBDC research and development, and policy research and development in various countries has entered the fast lane. The French Financial Market Authority pointed out last week that it is too early to establish an accurate classification of encrypted assets. The regulator defines all encrypted assets as "a digital asset that may depend on cryptography and exist in a distributed ledger." The agency also proposed special terms for stablecoins-a cryptocurrency designed to maintain a stable market price by linking to another asset or a basket of assets.

The global layout is accelerating, and the prospects for central bank digital currency (CBDC) issuance are bright?

BCH and BSV have been halved, but there has been no skyrocketing prices and no mining accidents. Everything looks calm. The market plunge of 3.12 brought a rare opportunity for "bottom bargaining" to many investors. With new funds ready to enter the market, coupled with the halving of bitcoin, the demand for bitcoin from institutional customers has exploded. 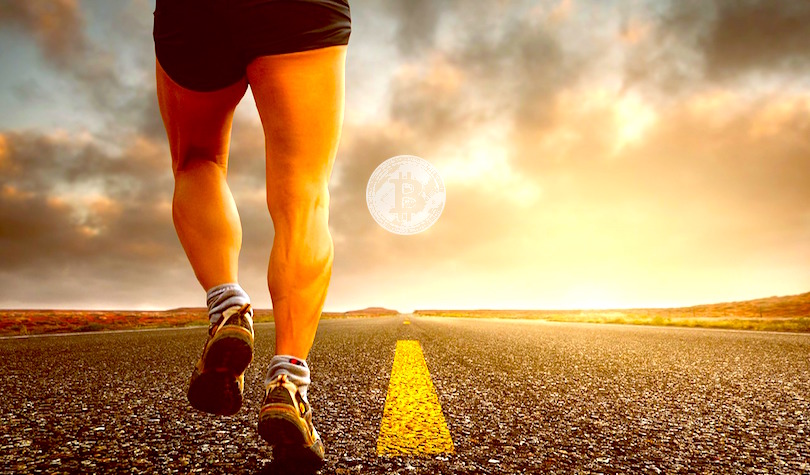