Editor's Note: The original title was "Let Hammer Get Hammer!" The DC / EP, digital dollars, and Libra's latest situation you care about are all here ~》. This article has been deleted without changing the author's original intention. 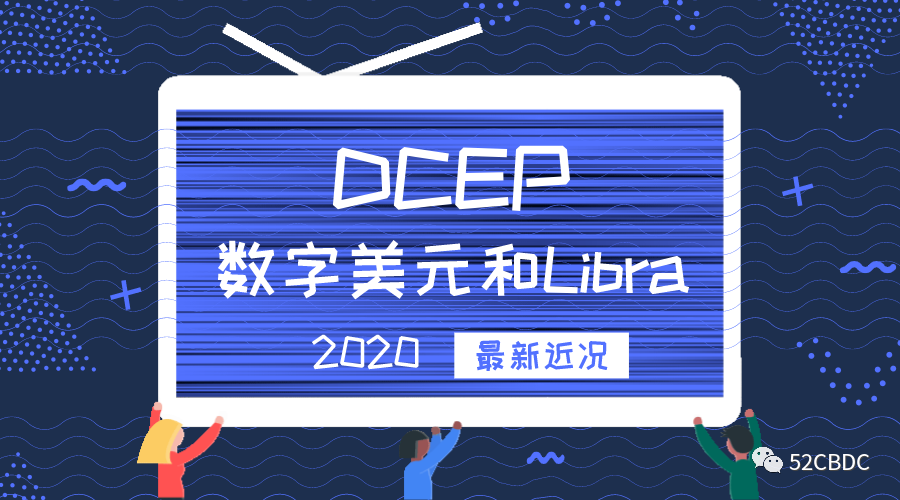 China's central bank digital currency DCEP has begun internal testing? The Fed is studying digital currency? Libra has started token launch and other back-end preparations? The answers you want are all below, let's take a look!

In the early hours of yesterday, according to media sources, the digital currency DC / EP led by the People's Bank of China had begun internal testing at the Agricultural Bank of China. The coin new block also revealed a screenshot of the internal test wallet. From this screenshot, we can see that the DC / EP wallet supports digital asset exchange, digital wallet management, digital currency transaction record query, and wallet attachment (associated account) and other functions. In terms of transactions, the DC / EP wallet supports scan code payment, remittance, payment collection and "touch-and-touch" functions based on mobile phone chip payments. According to the news, in addition to the four major banks, Ali and Tencent will also participate in the test, and the pilot areas include Suzhou, Xiong'an, Chengdu and Shenzhen. 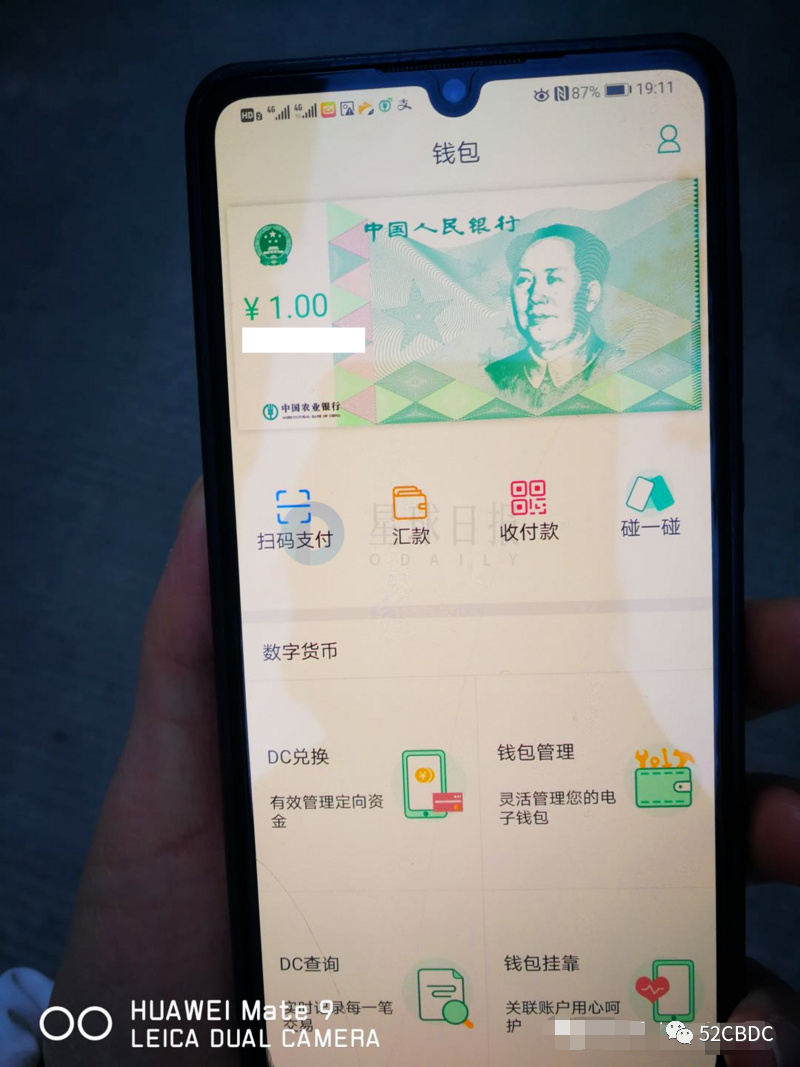 As soon as this news came out, in early trading on April 15th, the digital currency concept stock Huijin shares and Gao Weida opened daily limit, Julong shares, Omar appliances, Feitian integrity, etc. followed the rapid rise. But this morning the Beijing News reported that a person close to the regulator told the Beijing News that the market report does not represent the official, the relevant work has been done, you can pay attention to the official promotion of the central bank, but to what extent is specific, there is no Official statement. A reporter from the Science and Technology Board Daily also asked the industry to verify this. A state-owned big bank responded: "Both are in beta, don't ask."

Although the official said that the market report does not represent the official, but we have learned from the previous official disclosures that our central bank digital currency DCEP may indeed come out.

The first is the official news about the digital currency of our central bank since this year:

On January 5, the 2020 People's Bank of China Working Conference was held in Beijing. The conference emphasized that 2020 will continue to steadily promote the development of legal digital currency.

On January 10, the official public account of the central bank released the article "Inventory of the Central Bank in 2019 | Fintech". According to the article, the central bank basically completed the top-level design of the legal digital currency, standard formulation, functional research and development, and joint debugging tests on the premise of insisting on double-layer operation, M0 substitution, and anonymity.

On April 3, the People ’s Bank of China held a 2020 national telecom conference on currency, gold, silver and security work in Beijing. The meeting stated that it will unswervingly advance the research and development of legal digital currency.

On April 10, Zhou Xuedong, director of the Central Bank ’s General Office, pointed out at the first quarter financial statistics conference that the central bank is proceeding in an orderly manner according to the original plan regarding digital currencies. It can be seen that the basic design of the central bank's digital currency DC / EP should have been completed, but because the use of fiat currency is related to many issues such as national economic security and economic stability, no matter it is technical improvement, joint testing or laws and regulations, etc. , All need complete and perfect supporting measures, and the release process needs to be foolproof, so everyone still wait patiently for the official announcement ~

When it comes to whether the US official will release digital dollars, let's first take a look at its history of "slaps." On December 6, last year, US Treasury Secretary Mnuchin just said that the Fed will not issue digital currency in the next five years. Earlier this year, Fed Board Director Brainard said that the Fed is studying a wide range of issues related to the regulations and protection of digital payments and digital currencies, including the cost and potential benefits of issuing its own digital currency. According to the Planet Daily News on February 14, Judy Shelton, a member of the Federal Reserve Board nominated by US President Trump, told parliamentarians that digitizing the dollar may help maintain the dollar's dominant position in global trade. On February 15, US Cleveland Federal Reserve Chairman Meister said that the central bank's digital currency has its pros and cons. There are many aspects that need to be studied before issuing central bank digital currency. In addition, it is uncertain whether the Fed has the right to issue digital currency.

In March, the Democratic Party issued a draft Covid-19 stimulus bill in the US Congress and Senate, which contains provisions promoting the use of digital dollars or CBDC. Subsequently, the latest version of the US House Democrats ’stimulus bill for new coronaviruses canceled the“ digital dollar ”proposal. On March 26, the Digital Dollar Foundation announced an advisory committee, a 22-member advisory group, which includes academicians and academicians in financial technology, encryption, banking, capital markets, privacy, property rights, education, etc. Economics experts will help establish the framework of the Central Bank's Digital Currency (CBDC), and the Digital Dollar Foundation is responsible for studying the potential applications of digital currency.

In the latest news this morning, Fed Evans said the Fed is studying digital currencies. But personally, he does not completely believe in digital currency. From this we can see that the US Federal Reserve, Congress, the Senate and other departments have different opinions on whether the United States issues central bank digital currency. Many people support it, but at the same time there are many opposition voices that believe that the issuance of digital dollars is unsafe or meaningless. .

Although the US authorities may think that their current payment technology and payment system fully meet people's demand for payment, they are also very worried that the United States will lag behind other countries in the central bank's digital currency and other fields, thus threatening the dominance of the US dollar. This is why the Fed, the authorities, and different departments have released inconsistent news about the attitude of digital dollar issuance. At the same time, they have been devoted to the research of digital dollars.

According to Cointelegraph this morning, the crypto cat development team Dapper Labs has revealed that it has established a partnership with Facebook ’s Libra stablecoin project to share proprietary technology. Dieter Shirley, CTO of Dapper Labs, said that Dapper ’s Flow blockchain will use Libra ’s Move as its virtual machine (VM), and Libra will use Dapper ’s smart contract programming language Cadence.

In addition to the strong regulatory issues and major exchanges of major members of the association, the Libra project recently experienced the fact that its current members also joined the Celo prosperity alliance, which is the same as the Libra mission and is known as the Libra competitor. The combination of these things will make People think that Libra needs to be "cold", but compared to the previous disturbances caused by high-profile releases, right and wrong, Libra has recently focused on low-key research and development and trial operation of its tokens and development systems. The global economic downturn caused by the spread of the new crown epidemic, or a new opportunity for the Libra project, is not impossible. After all, the US economic problems and the new crown epidemic are currently more serious and difficult!

The above is 52cbdc's recent developments on the central bank's digital currency DC / EP, digital dollar and Libra. If you want to know more, remember to pay attention.