On the evening of April 14, a news that "the central bank's digital currency DC / EP was tested in the Agricultural Bank" exploded in the currency circle.

According to the report from the new media currency new block, the central bank's digital currency DC / EP is being tested in ABC, and it is currently only open to ABC whitelist users. The picture comes from the coin new block

As can be seen from the screenshot of the internal test wallet, in addition to the basic functions, the DC / EP wallet will support digital asset exchange, digital wallet management, digital currency transaction record query, wallet attachment and other functions.

On the morning of April 15th, in response to the statement that "the central bank's digital currency DC / EP was tested in the Agricultural Bank of China", a person close to the supervision told the Beijing News reporter that the market report does not represent the official, and the relevant work has been done. Propaganda, but to what extent is specific, there is no official statement.

Although the official has not expressed its position, the news that "DC / EP was tested in XX Bank" has not appeared for the first time. In October 2019, the news that "ICBC has launched a digital currency wallet" came out, and Chen Man, deputy general manager of ICBC's Financial Technology Department, immediately came forward to "riddle the rumor" and said that ICBC has not yet launched digital currency.

More "active" DC / EP news has been released since August 2019. In August, Mu Changchun, who was then the deputy director of the Central Bank's Payment and Settlement Department, publicly stated that since 2018, the relevant personnel of the Digital Currency Research Institute have been "996", and the central bank's digital currency can now be said to be ready. In October, at the first "2019 Bund Financial Summit", Huang Qifan, deputy chairman of the China International Economic Exchange Center, also said that the People's Bank of China's research on central bank digital currency DCEP has matured, and the People's Bank of China is likely to be the world's first A central bank that launched digital currency.

How to use DC / EP after its launch? What is the difference with the mobile payment we are familiar with? Will it replace BTC or USDT in the future? Why do blockchain concept stocks rise?

This article will answer the above questions one by one.

What does the DC / EP internal beta look like?

The installation link of the DC / EP internal beta version will soon fail. We can only spy on one or two from the screenshots that have been experienced by users. 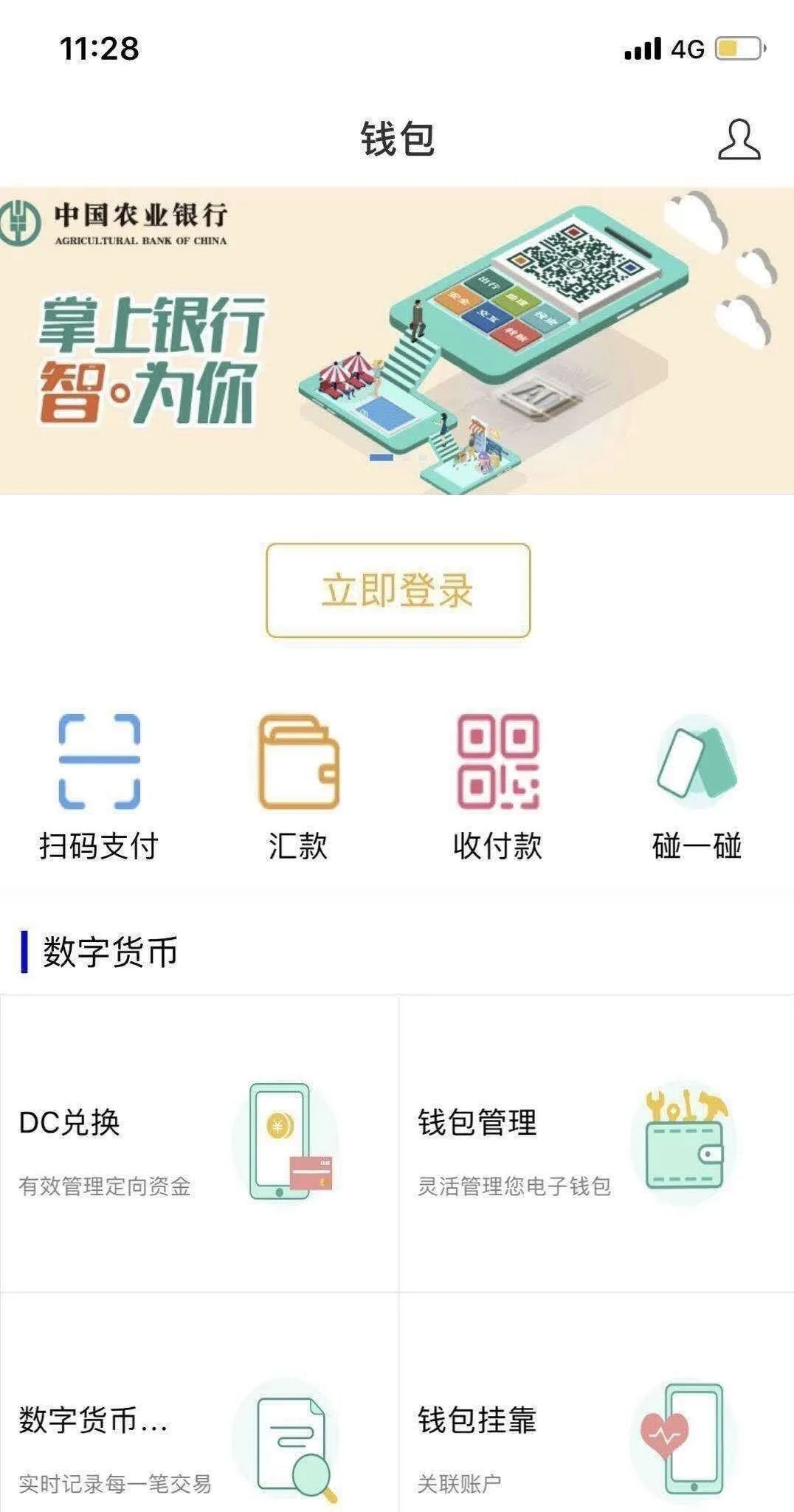 (The picture comes from the network)

According to the information previously disclosed by the central bank, DC / EP can realize dual offline payment, that is, complete the transaction without the Internet.

In some scenarios, such as the underground parking lot with bad signal, Alipay scans code to pay, the advantage of dual offline payment is more prominent.

However, how the "touch and touch" is actually implemented, and what technical means are behind it, has not been officially introduced. According to market speculation, it should be similar to the "face-to-face transfer" function in a non-network environment.

"Wallet attachment" shall refer to the mutual binding of commercial bank accounts and digital currency wallets. "Digital currency" records every DC / EP transaction of the user. "Wallet management" should be the digital wallet of the Agricultural Bank escrow user, which is essentially different from the decentralized wallet that requires private keys and mnemonics.

What makes us most curious is the "DC exchange" function.

Therefore, we speculate that "DC exchange" is a place where ordinary users exchange RMB and DCEP in electronic bank accounts.

As for the specific exchange rules, it will not be known until the DC / EP is officially launched.

Someone is more anxious than the central bank

Almost every time DC / EP has "new news" released, the currency circle has to revel.

Some people are looking forward to pulling Bitcoin, and some are discussing the precarious status of USDT.

In fact, there is a national credit endorsement, digital payment scenario, alternative M0, centralized DC / EP, and code-based, maintained by consensus, the current speculative demand is significantly higher than the payment demand, the price fluctuates sharply, decentralized The bitcoin of the world is different.

The small amount of overlap between the two in the cross-border payment scenario makes it difficult to directly affect the price of Bitcoin from the perspective of supply and demand. The reason why the currency circle "followed with excitement" is that the digital currency market fluctuated widely after the last round of the plunge, shaking up some of the currency holders' "hedging in the macroeconomic downturn" or "halving the market". It is expected that the “so-called good” recharge faith is urgently needed; the second is that the crypto world is still in a savage wilderness. When the private institutions that issued coins issued the development progress, they left the impression that the speculators are “following the news and making big money”. Entering the market, Xiaobai lacked discriminatory power on the scattered news and was still unfamiliar with the dealer's method of drawing, which made the market highly susceptible to gossip.

As for the new competitive landscape of the stablecoin market, the People's Bank of China has been at the forefront of supporting digital cash. We believe that DC / EP has a first-mover advantage in future cross-border trade and clearing and settlement scenarios. However, compared with the current US dollar stable currency (represented by USDT issued by Tether), DC / EP obviously does not assume the role of a bridge between "fiat currency and digital currency", and also belongs to two independent competition dimensions.

What is more obvious than the heated discussion in the currency circle and the sideline of the "big pie" is that the collective strength of digital currency concept stocks has strengthened.

After the opening of A-shares today, Huijin and Gaoweida opened their daily limit, and the concept stocks of the "digital currency sector" such as Julong, Omar Electric, Feitian Integrity and others quickly rose.

We once said in "A picture understands how many" blockchain concept stocks "are in A shares", 1/4 of the companies are only "researching blockchain", and there is no product progress or landing cases. . The above stocks have nothing to do with central bank digital currency development. On the contrary, the stock prices of the "Four Big Banks" participating in the test were relatively stable.

In short, DC / EP has little to do with the currency circle in the short term. Odaily Planet Daily also reminded investors to pay attention to the progress of blockchain technology and stay away from the hype of virtual currency trading or the concept of "financial innovation".

Media: Pirate Bay has received a bitcoin donation worth more than $1.3 million

eToro analyst: Bitcoin prices have recently been boosted by the Asian market and are not associated with Wall Street events