This article is compiled by Sun Wenyang, a member of the Block Technology Research and Reward Program project team. This article will be followed by a series of articles, so stay tuned.

US Congressional Hearing: Central Bank Digital Currency is "One of the Worst Financial Ideas"

The U.S. Congressional Monetary Policy and Trade Subcommittee discussed the main issues related to digital currency at the July 18 hearing. The hearing on the theme "The Future of Money: Digital Currency" explored the potential implementation of cryptocurrency at home and abroad. Program.

At the hearing, the subcommittee discussed the central bank's deployment of cryptocurrency and its underlying technology (blockchain) and discussed whether central bank digital currency (CBDC) should be introduced.

Rodney Garratt, a professor of economics at the University of California, Santa Barbara, believes banks must decide whether to "completely stop providing payment equipment to the public," or whether they are willing to adopt digital alternatives. In a sense, this could also be "some form of encryption application."

Alex Pollock, a senior researcher at the R Street Institute, believes that the central bank's digital currency is one of the worst financial concepts in the near term, but it may still be on the agenda. Pollock said that the central bank's digital currency will only increase the size, role and power of the bank. The adoption of CBDC by the Fed will lead to its overwhelming advantage in the credit allocation of the US economy and financial system. He continued:

“I think we can safely predict that the credit allocation of digital currencies will be highly politicized, and that taxpayers will be in trouble due to credit losses. These are inevitable. The risks will exist directly in the central bank.”

Pollock explained that if the legal currency is digitized, its nature will not change and will still be issued by the central bank. Although Pollock can envision some private digital currencies backed by assets, he believes that they will not become "private fiat currencies" like Bitcoin. In Pollock's view, the nature of cryptocurrency is basically the same as stocks.

When the chairman of the subcommittee, Andy Barr, asked if the cryptocurrency could be used as a currency substitute, Garratt stated: “In terms of concept, cryptocurrency is a currency to some extent, but it is not a very good currency at the moment,” he said. Due to price fluctuations, it cannot function effectively as a trading medium. The panelists further stated that if the usage rate rises, the price volatility of the digital currency may decline, when “people must start using it for trading”.

Roger Williams, vice chairman of the Subcommittee, asked the panel about the main obstacles to adopting cryptocurrencies and blockchains, as well as what the US Congress can do. Norbert Michel, director of the Center for Data Analysis at the Heritage Foundation, points out that the capital gains tax (CGT) is the biggest obstacle to adopting cryptocurrencies and blockchains because of the complexity of tracking the tracking of gains and losses. 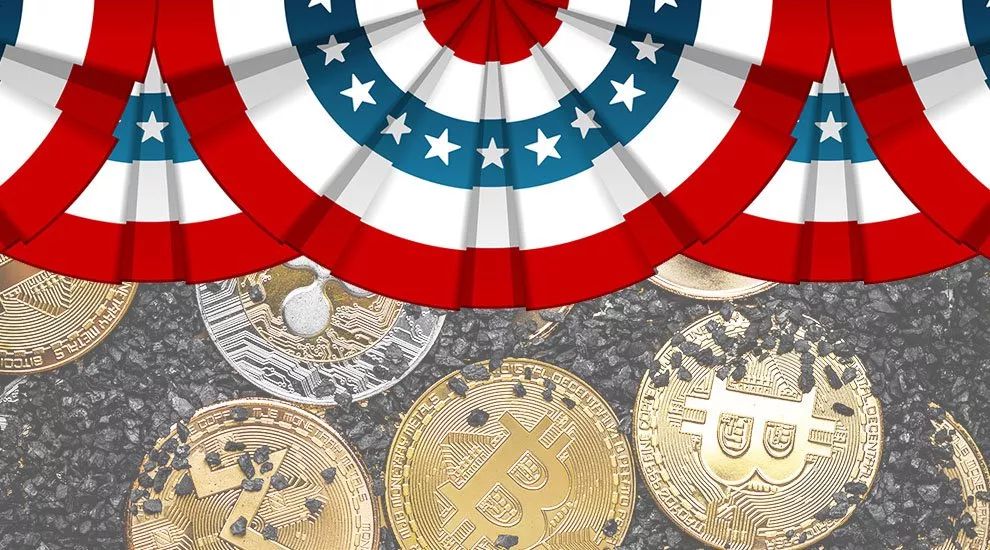 Michel also pointed out the importance of prudential regulation, which means that financial regulators should not be strictly regulated simply because cryptocurrencies may become tools for illegal activities (such as money laundering):

"Yes, criminals use bitcoin (in crime), but criminals also use airplanes, computers and cars (in crimes). We should not judge criminals simply because they use these tools."

Earlier, Congressman Brad Sherman expressed a highly critical stance on cryptocurrencies and said he would rather have Americans completely banned from buying or mining cryptocurrencies.

Recently, Osia Network applied to embed cryptocurrency mining tools on the US Federal Election Commission (FEC) website, and FEC is considering whether to use mining profits to support political movements.

The company also compensates for part of the profits from mining as part of volunteer services. Regardless of the size of the mining team or candidate, the compensation rates are set on average. 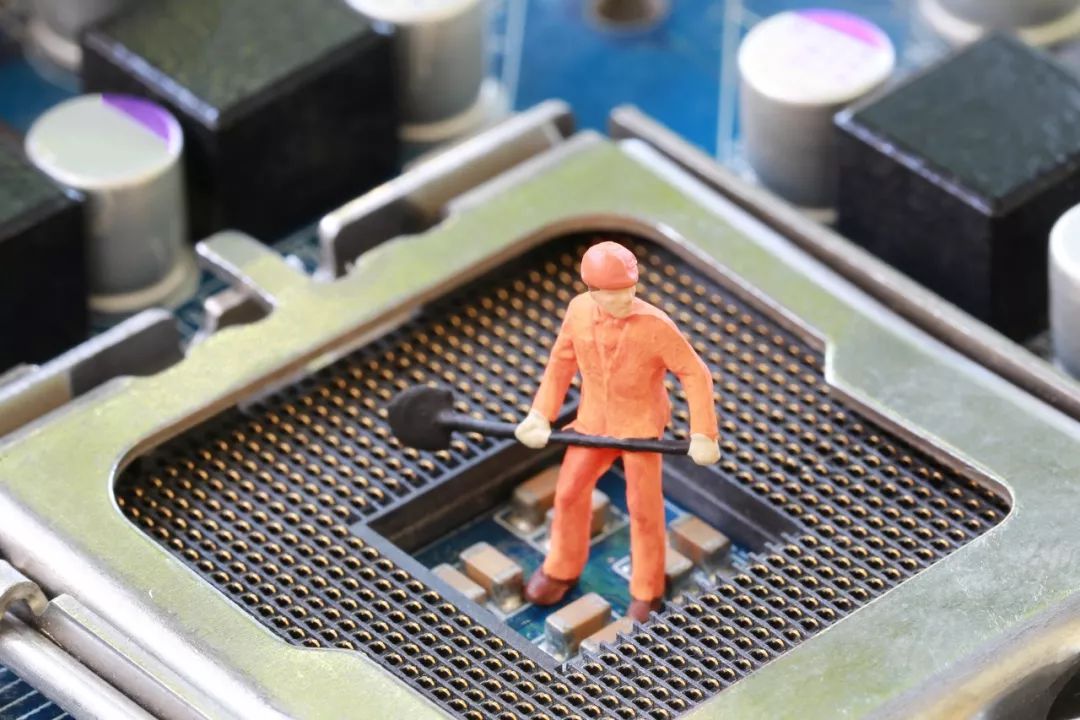 Going on the road again

This is not the first time the US Federal Election Commission has dealt with requests related to cryptocurrencies. The committee had unanimously ruled in 2014 that the Political Action Committees (PACs) could accept bitcoin donations of no more than $100. At the time, this decision was considered a potential turning point for the wider application of cryptocurrencies, and the committee also asked donors to provide their names, addresses, occupations, and company names.

The involvement of cryptocurrencies in the political arena may help political candidates reach a balance, as the current US political campaign spends hundreds of millions of dollars. For example, the 2016 presidential election cost more than $6 billion.

In other words, if we do not set up the same anti-money laundering (AML) and customer-to-customer (KYC) policy and legal framework as required by centralized trading, then more “black money” may enter the fundraising process of political activities, and This process is further complicated.

The US Federal Election Commission (FEC) has allowed cryptocurrency mining pools to donate to political campaigns.

OsiaNetwork described this business model very succinctly in the application: "Excavating cryptocurrencies by providing the processing power of Internet devices, enabling individuals to support the Federal Political Committee." Currently, the US Federal Election Commission has responded to this. .

In the face of this application that may cause trouble for OsiaNetwork, but may eventually bring more momentum to the entire political arena, the US Federal Election Commission said:

“The cryptocurrency mining pool described in the application itself is in compliance with the Act and the Commission, and Internet volunteering does not exclude personal activities, so individuals and OsiaNetwork can contribute to the participating political committees.”

In other words, it seems that the mining pool's donation to political activities is compliant, and OsiaNetwork can also provide these mining pools, but OsiaNetwork, as a middleman, will not be able to contribute directly to the campaign itself, which may hinder OsiaNetwork's establishment of mines. The pool reached a longer-term partnership. The company’s application explicitly mentions idealized ideas about donations, such as “Every political committee will be a customer of OsiaNetwork”.

The FEC's ban on this partnership and the decision to support private donations may ultimately provide greater flexibility for those interested in donating cryptocurrencies through the mining pool. The core of OsiaNetwork's profit from this program is clearly to establish its institutional role as a political donation pool, which may operate in a decentralized manner.

On July 18, 2018, the US Congressional Monetary Policy and Trade Subcommittee proposed at the hearing that digital currency may lead to the expansion of bank power and uncoordinated tax policies, as well as the stability of digital currency as a legal currency, and the central bank’s figures. The currency expressed concern.

The central bank digital currency, also known as the digital fiat currency or the digital base currency, will be represented as a national legal currency. Many countries' central banks are working on or considering launching their own cryptocurrencies. For example, Bank of England Governor Mark Carney announced in May 2018 that he is "open-minded" about CBDC's prospects. Former Bank of China Governor Zhou Xiaochuan expressed A cautious stance on the matter, but still said that the central bank's digital currency "is technically inevitable."

In terms of cost, because banknotes have the problem of distribution, management, transportation and preservation as legal tender, digital currency will have lower operating costs than banknotes. The use of digital currency as legal tender means that financial institutions, the public sector, and consumers must adopt new technologies, and this cost will be passed on to taxpayers.

On the macro level, the central bank can better understand the circulation and use of money, so as to better formulate monetary policy and guide economic development, which strengthens the central bank's ability to control the money supply. At the same time, the government's traceability of transactions will also affect personal privacy, and the government's power will be further expanded.

Even so, cryptocurrencies have been used more and more in political activities. On September 10, 2018, the startup OsiaNetwork filed an application with the US Federal Election Commission to provide volunteers with the computing power to mine to donate cryptocurrencies to government political activities. The US Federal Election Commission approved the application, but also stressed that it only accepts private donations. This means that the company can only act as a provider of mine pools and cannot assume more roles in donations. Donating cryptocurrencies through the mining pool will maintain the flexibility of political activity donations and can be operated and managed through a decentralized model.

This article only represents the author's personal views, does not represent the position of block technology research and supervision , does not constitute investment advice, the content is for reference only.

Currently Bitcoin unrecognized transaction on the whole network is 2773