The price of the USDT fluctuated between $0.96 and $1.06 last week due to the lawsuit filed by the New York State Attorney General's Office. When writing an article, it traded at around $0.98. (Blue Fox note: currently about 1 US dollar)

Some questions remain: Why is the price still $1? What will change in the future? If so, what are the systemic risks?

To answer these questions, it is important to understand exactly what Tether is. Tether is a digital token issued by a centralization company that retains more than the dollar reserve of the issued token. It was originally created in 2014 by former Mighty Ducks star Brock Pierce as "Realcoin" and later renamed Tether later that year. During the reshaping period, the head of the company behind Tether also changed – by the way, Bitfinex CEO Jan Ludovicus Van der Velde and CFO Giancarlo Devasini.

Tether's core use case is the same as today's French currency token: providing a convenient way for exchange users to transfer and store dollars on the blockchain. This is especially useful for some "encrypted-native" exchanges, which do not have a consistent currency bank channel, but instead rely on Tether's intermittent proxy banking services. (Blue Fox Note: The intermittent here means that it has changed bank services several times.)

Although it looks like a bank, it does not mean that Tether is a “partial reserve bank”, as some defenders claim after five minutes of browsing on Wikipedia. Banks have strict regulatory review and credit risk limits. In addition to being restricted by normal business operations such as auditing, banks are allowed to operate in part with reserve funds. Tether is an asset from a central issuer and is backed by a series of guarantees.

A lot has happened from 2014 to the present. Bitfinex was hacked in 2016, resulting in a loss of $75 million. Bitfinex has dealt with its losses in a social way, offering customers $BFX tokens, which are tradable and represent a $1 value of Bitfinex shares.

These tokens were later repurchased in full and destroyed. Conspiracy theorists, the most famous of which is the anonymous troll "Bitfinex'ed", which puts forward a lot of theory about potential deception, saying that Bitfinex uses USDT to raise the spot market of cryptocurrency and so on.

Bitfinex's crazy journey, although somewhat related to their relationship with Tether, is not relevant today, pointing out some of the management's creative business and accounting processes.

After the crash, in extensive speculation, last week's legal documents made it clear that this is different from some of the arguments of encryption optimism, which they believe is supported by a $1:1 reserve. The document shows that the USDT portion is supported by accounts receivable and that the receivables are derived from the loans it provides, with a loan interest rate of 6.5%, secured by the equity of Bitfinex's parent company iFinex.

What is currently certain is:

1. At some point in 2018, Tether is certainly supported by a full dollar reserve, which is consistent with its historical claim that Tether is supported by “the traditional currency in its reserve pool”.

2. After switching banks frequently, Bitfinex chose to work with an intermediary called Crypto Capital. Crypto Capital subsequently encountered its own legal problems, which caused them to lose control of $850 million.

3. The Bitfinex/Tether team tried to solve this problem by lending the right hand loan.

4. At some point in time, Tether's public statement is changed to: Tether is supported by reserves, which include “conventional currency and cash equivalents, and may include other assets from time to time and Tether's receivables from third parties. ". This statement is updated after the loan of Article 3.

It should be noted here that Bitfinex and Tether are still different entities. This is important, and the most important reason is that although Bitfinex's long-term maintenance is relevant, it is not a very important factor in determining whether Tether holders can get full reserve support. The debt flow is one-way: solvency or otherwise, Bitfinex still has the burden of borrowing $900 million in debt from Tether.

Whether extending this loan is a “good idea” for Tether holders is a separate issue. When it extends the loan, it may be expected that the missing funds will recover within a reasonable time frame. Bitfinex's exchange business is very strong – one of the world's largest exchanges – and there is no risk of disappearing soon. With these factors in mind, depositing US dollar deposits at a rate of 6.5% is quite reasonable, especially given the large number of claims by Tether holders for Bitfinex's equity, which has led Bitfinex to be motivated to avoid this.

So, the question now is: Why is Tether still trading at $1?

The simple explanation is that those who hold a large number of USDTs have keenly assessed the risk of holding the token assets and have determined that:

1. Bitfinex has the ability to repay debt through its exchange business and will continue to be public. In the documents submitted last week, the New York State Attorney's Office strongly stated that the main appeal of its lawsuits is consumer protection, and they will allow Bitfinex to operate on this basis. In this way, the fate of Bitfinex and Tether is complexly linked.

2. By working with the authorities, Bitfinex can retrieve funds currently seized by the US, Spanish and Portuguese authorities. (Blue Fox Note: There is a saying that the United States, Portugal and Poland, not Spain.)

3. If neither Article 1 nor Article 2 is possible, the equity and asset value of Bitfinex is sufficient to support the inadequacy of Tether's currency reserves. Although they may have some dollar and crypto assets on their balance sheets, it is unclear what the value of the company is when the transaction is suspended.

Since Tether's ToS was updated at the beginning of the year, a large number of people holding USDT may know that uncertainty is happening. Despite this, Tether still trades at a price close to its convertible value, which indicates that USDT's big players have confidence in its overall anchoring ability.

However, there is an additional problem. The biggest holder of Tether is the exchange. At the time of this writing, Binance has a $700 million USDT. Although most of this may be assets held by customers, there are some secrets in the industry that use USDT to lock in profits.

For exchanges, whether they like it or not, they will be consistent with the stability of Bitfinex and Tether. This means that the exchanges in the ecosystem offer seemingly permanent bids for USDT up to $1 to avoid decoupling the dollar before Bitfinex repays its loan.

On the surface, shorting the USDT is very attractive: the short-term run is unlikely, which means that if the USDT is anchored, there will be asymmetrical gains. Structurally, doing this is harder than it seems. It is very difficult, if not impossible, to borrow USDT on a large scale. Even on a small scale, its lending rate can exceed 15-20%. There are two types of transactions that can be executed:

1. Directional shorting method, applicable to any size. Except for Bitfinex shutdown, it is unlikely to offer a profitable opportunity because of the systemic support for Tether and the benefits of seeing it off anchor.

2. The Soros Trading Method, in which one (or more) traders sell enough USDT to consume the current cash reserve to break the anchor against the US dollar.

On the surface, it is difficult to carry out large-scale lending, which indicates that the Soros trading law is what the big holders are worried about. There is no other reason to explain why a person holding a large number of USDT does not want to make a profit from a very attractive 20% interest rate. If they are too concerned about the USDT price crash, they have little incentive to hold the USDT given the current alternative currency tokens.

The strongest argument against shorting Tether is: “big but not down”: Because USDT is systematically important, exchanges and other large holders do not have a good way to reduce their exposure, they are forced to choose to support anchoring ( As it may happen now).

In the current state, Tether proposes a game of prisoner's dilemma: all big exchanges with risk exposures may want to sell, but no one can do it – if any exchange does this (possibly using OMNI) Any privacy feature), then, the pressure of selling will greatly hit the $1 bid.

Given that the current transaction price is $1 and the USDT is unlikely to trade to a redeemable price at a substantial premium (ie >$1.1), it is very mature for capital-rich traders to use leverage and establish a large number of short positions. The success of this will be attributed to one factor: the solvency of Bitfinex and their ability to either (1) maintain a sustainable feeling, so long enough to recover the funds and repay the debt; (2) to raise alternative financing, It seems likely to be done by I EO at the moment.

what does this mean?

Bitfinex looks unstoppable, like a nine-life cat, which recovers from hacking incidents and bad business deals. Even though Tether is not supported by the cash reserves that everyone wants, they are supported by the confidence of the encrypted community, and in addition to the prisoner's dilemma, the exchange's customers are trying to do the right thing.

A large group of community members believe that Bitfinex embodies the spirit of the ecosystem and provides a free market solution for a variety of business issues. The same group of people who oppose bank bailouts may support Bitfinex I EO's bailout (share financing), which allows them to remain at the core of the industry. 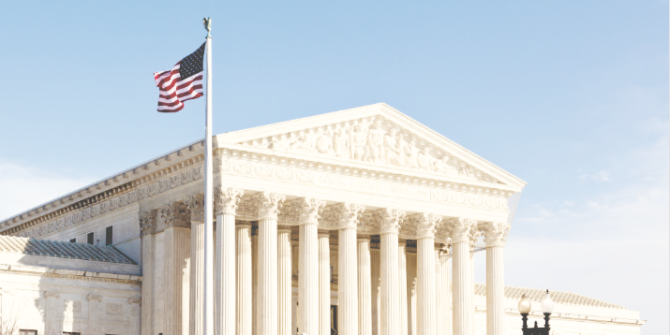