After JP Morgan Chase announced the issuance of stable currency, another technology giant Facebook entered the blockchain industry, Facebook founder Zuckerberg plans to issue incentives for user points FBC, the news immediately logged into the "Wall Street Journal" caused a financial market to boil . At a time when market excitement has not dissipated, another good news follows: A senior official of the US Commodity Futures Trading Commission (CFTC) said the agency is preparing to approve the Ethereum futures contract. In the recent USDT margin crisis, a large number of on-market funds fleeing the market has been in an extremely depressed atmosphere and state. The good news came from yesterday to yesterday, and it seems that we have once again seen the dawn of dawn.

The BITFINEX platform BTC\USDT transaction has a large premium price distortion. As the USDT exchange rate depreciates sharply, the on-market funds that have not been cashed out in time have chosen to buy BTC to hedge, resulting in different levels of premium for the currency security and the first-line platform of the fire currency. In order to accurately predict the future development trend of the market trend, we analyze the next market with BTC\USD (Coinbase pro standard dollar trading pair). As a market share of 73% of the stable currency USDT after the thunderstorm, the market was in a panic, because the emergence of market risk-averse buying caused the disk to break the key resistance of the MA365 daily average (year line) 5580 US dollars. And the two small-level callbacks that appeared consecutively did not fall below the MA365 daily average support under the blessing of good news, which gave some comfort to the undecided currency market. According to the trading activity and increment of the disk, the trend of the market has changed with a wide shock instead of a callback! Concussion range: Coinbase pro platform 5560-6000 US dollars range. Need to pay more attention to the support effect of the annual line on the market.

Ethereum finally took advantage of yesterday's CFTC's positive news, and the volume is close to the short-term high of 185 US dollars, in one fell swoop to get rid of the recent downturn in the market. In the turmoil of the USDT stable currency, Ethereum has also become the target of safe-haven funds. From the 12-hour K-line trend, the MACD indicator has already got rid of the weak form, and broke through the 0-axis resistance and began to diverge. The trend pattern is a good news for the good news, followed by signs of resistance testing near the $190. 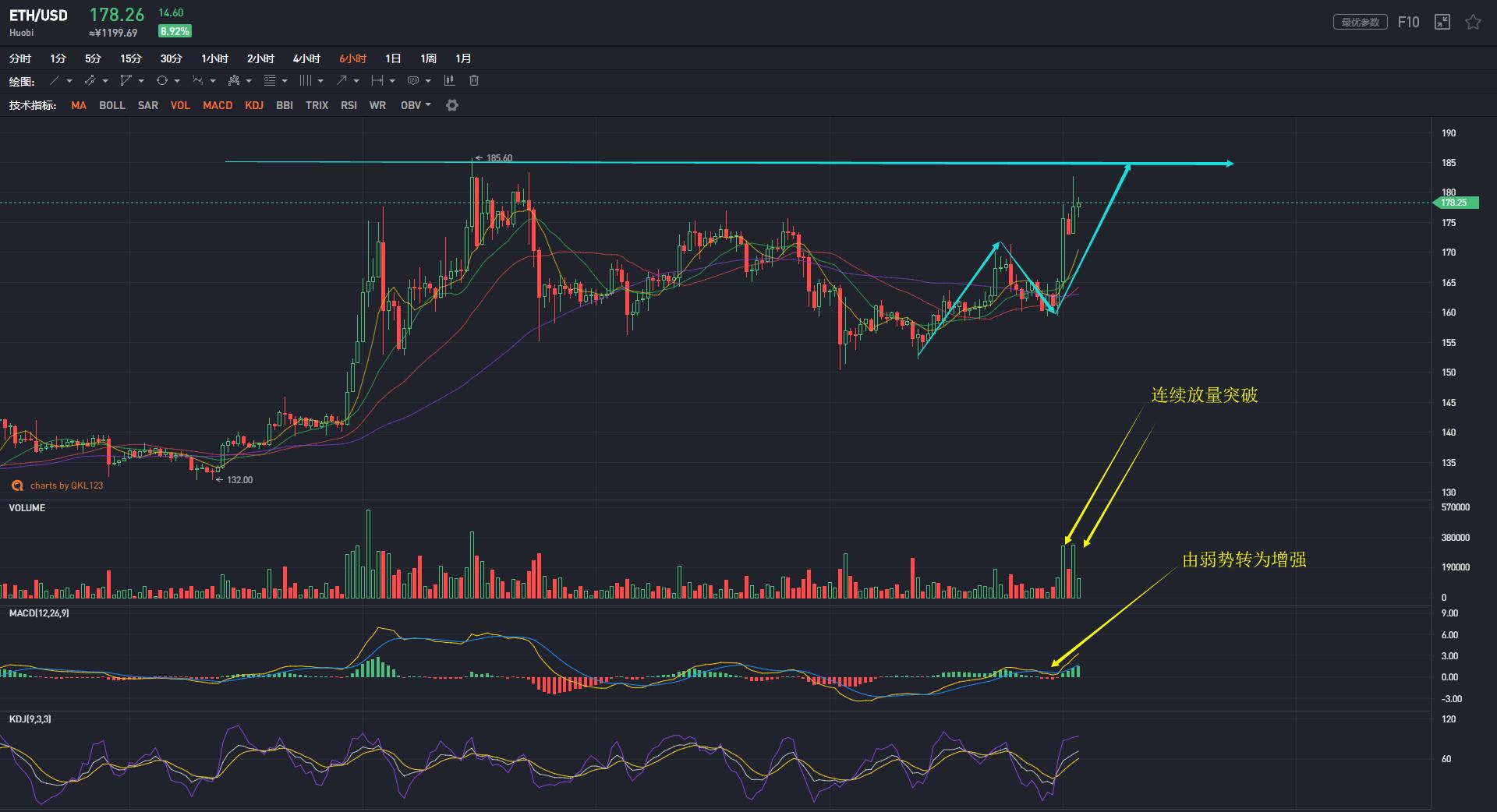 Litecoin fell sharply on the 29th of April when it fell below the large-scale uptrend line. Fortunately, the last layer of platform support was not broken ($63 support platform), and it has rebounded in the short term to break through the downtrend channel. There are signs of morphing into the starting position of the mid-term market. The follow-up will be dominated by wide fluctuations, paying attention to the trend of the bitcoin market.

Below the support level: $70

The overall trend of the grapefruit EOS is relatively intact, and there is no sign that the weak position has broken the large-scale uptrend line. Its founder, BM, has already whipped up the appetite of community users two months ago. It is said that there will be major positive announcements in June. It is undeniable that EOS as a whole is more or less affected by this positive expectation and is in the market. At that time, the selling pressure of the disk did not continue to increase, and the rebound was also relatively rapid. Subsequent signs of gradual volatility are slowly rising, but they are only a trend-taking behavior.

Although the good news from yesterday to today has come to the forefront of the currency market, I still want to remind everyone that the position of the Bitcoin market is now under the weight of 6,000 US dollars at the bottom of the megatrend last year. If you want to break through, you need to be huge. Funding support and active market cooperation can be completed. At a time when the USDT violent incident is pending, the market is under unprecedented risk. Even if the BITFINEX platform has planned to release the platform currency from the rescue, it is only to borrow the funds from the market to fill its own pit! It is a blessing that is not known (there is still a need for the regulatory authorities to see the corresponding policies). So we still have to be careful about the risks!