What is the SAFU fund of the currency security? Is $41 million a small case for it?

Zhao Changpeng does not accept the funding of Sun Yuchen. 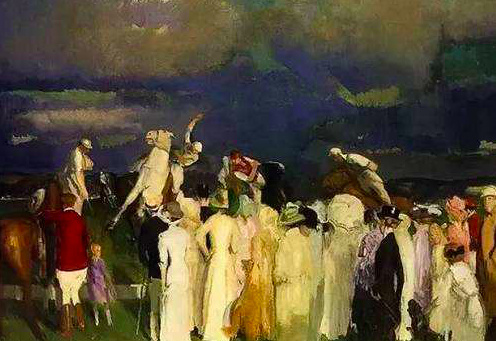 At 1:15:24 am on May 8, 2019, the currency was hacked and lost 7,000 BTCs ($41 million). The theft of digital currency exchanges can be regarded as a common topic in the blockchain industry. After the theft, in addition to the theft, how should the exchange respond to the financial losses caused by theft, how to protect investors The issue of asset security in the exchange has become the topic of greatest concern to the outside world.

After the theft incident, the Odaily Planet Daily reporter immediately contacted the co-founder of the currency security company He Yi, He Yi said, “Some hot wallets have been stolen, users are not affected, the currency is safely compensated, and the security upgrade will continue in the coming week.”

Subsequently, Zhao Changpeng , the founder of the currency, also reiterated the response of the currency security to the theft in the online live broadcast. “Coin can compensate the total loss from the SAFU fund and does not need financial support like Sun Yuchen.”

But what exactly is the SAFU fund? When was it established? Is there enough money behind to fill the stolen 7,000 bitcoins (worth 40 million US dollars)? Where does the source of funding for the SAFU Fund come from?

Here, the Odaily Planet Daily will give you a brief combing and interpretation.

In July 2018, Coin Security established the Coin Investor Protection Fund (SAFU). From July 14, 2018, Coin Security will use 10% of the transaction fee as an investor protection fund, and the relevant assets will be deposited in Independent address, special purpose; advance payment to the currency security users when all platforms are in sudden risk, special funds are used to deal with possible extreme security incidents; for any loss of user assets caused by non-user reasons, The withdrawal of funds from the investor protection fund will be implemented in full for the user.

Why did Nuan An suddenly set up such an investor protection fund in July 2018? The thing originated from a phishing attack in July 2018.

At 5 am on July 4, 2018, there was a large withdrawal from the Currency Exchange. It is reported that within 2 hours, more than 7,000 BTCs have been transferred to the same address, and the news that the currency is suspected of being stolen has spread rapidly.

On the morning of July 4th, the company announced the suspension of the transaction, and resumed the transaction until 16:00 pm, and announced the announcement around 17:00 to characterize the incident as a phishing incident. During the event fermentation, the currency An Zhao Changpeng and He Yi both sent Weibo to appease the users, saying that everything is under control. Everyone is safe. I suggest that you don’t believe it, don’t pass it, but it still can’t hold the market. Rumors and guesses.

There was an abnormal transaction on the currency, a network vulnerability occurred in SYS, and the SYS price soared, which was soaring nearly 90% in 24 hours. As the price of SYS is blown up, hackers will be able to make a profit of at least 80 million through other exchanges.

After the incident, the company announced the establishment of the Currency Investor Protection Fund (SAFU). The funds used to pay the funds are derived from the transaction fees charged by the Currency Exchange.

According to the previous calculation and analysis of blockchain media The Block, the net profit of the company in 2018 is about 446 million US dollars. The currency white paper claims that it will use its 20% of its net profit to repurchase and destroy BNB tokens, and will issue relevant reports after destruction.

Institutions sought after, Angel Wheel financing 20 million, what is the advantage of NewStar (net red chain) that changes the underlying accounting logic of the online red industry?

Baidu Ventures Zhang Yanxiao: Blockchain is very promising, but there are also huge uncertainties in itself