“The final interpretation is owned by the issuer.” 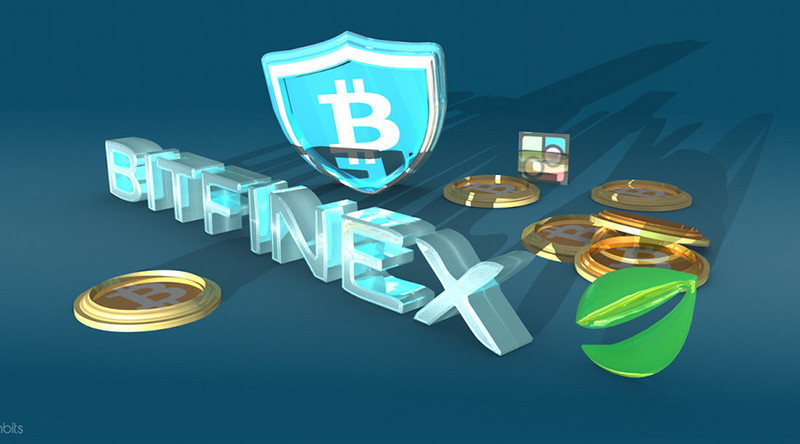 On May 8, Bitfinex, the cryptocurrency exchange, officially announced the official white paper for LEO.

Previously, Bitongx shareholder and DGroup founder Zhao Dong had published the Chinese draft version of the white paper on Weibo, but there are still many differences between the two. The Odaily Planet Daily has compiled the nine key points of the official white paper for readers.

Investment is not for US users

In the previous Chinese version of the draft, LEO was released to a global audience. However, the latest white paper includes the US region, US users, and other banned personnel (not officially explained) as a “blacklist” for LEO private placements.

This change is actually understandable. Bitfinex, Tether and its parent company, iFinex, are offshore companies registered outside the United States (British Virgin Islands). According to regulations, if you are engaged in virtual currency-related business in New York State, you need to obtain a license issued by the State Financial Services Department and comply with relevant regulations, but Bitfinex and Tether have no relevant licenses. In addition, Bitfinex is being reviewed by the New York State Attorney General's Office for misappropriating user deposits from Tether (both parent companies are iFinex). For policy reasons, it is also reasonable for Bitfinex to exclude US and US users.

LEO distribution companies are not Bitfinex and iFinex

The new white paper home page was also replaced by the “first trading platform for LEO tokens for iFinex trading platforms, products and services”, which only pointed out the use of LEO tokens, but blurred the issuer. 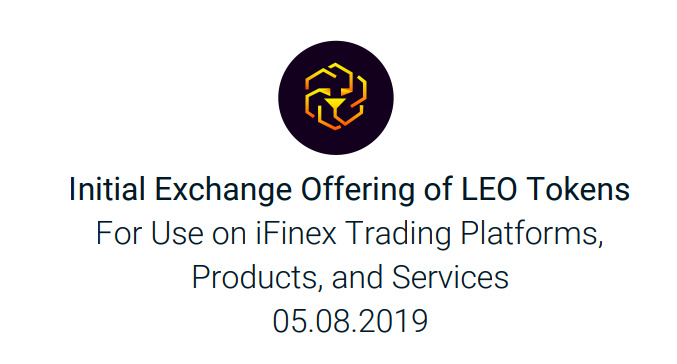 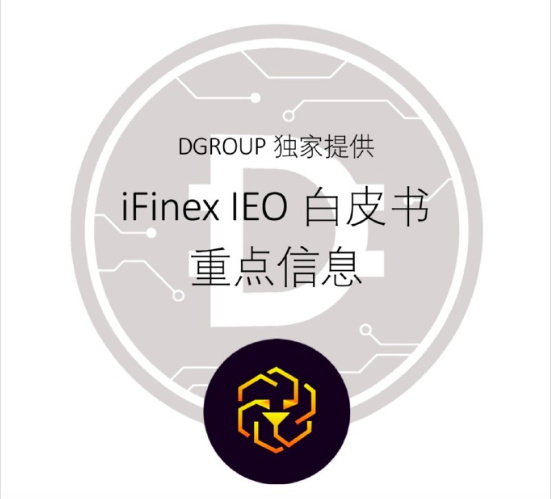 And the new white paper says that the issuer of LEO tokens is not Bitfinex and iFinex, but a newly formed entity called Unus Sed Leo Limited, registered in the British Virgin Islands, for the distribution of LEO tokens. Established, limited assets, no business operations.

In the previous Chinese version of the draft, LEO's release background is that Bitfinex assets are frozen, and many investors understand that the issuance of LEO is used to raise funds for repayment. However, the new white paper states that LEO proceeds can be used for working capital and general business purposes, including capital expenditures, operating expenses, debt repayments and other capital restructuring activities.

LEO is not a stable currency, prices will fluctuate

The new white paper states that LEO's private placement price is 1 USDT, and publishers are also considering other forms of asset purchases. In addition, Bitfinex will put on the LEO:USDT trading pair after the private placement, which means that its price will fluctuate.

(Odaily Planet Daily Note: In 2016, Bitfinex had a coin-breaking incident. In order to pay off debts, BFX was issued at a price of US$1. Finally, the official still redeemed at US$1; BFX can also be converted into Bitfinex. Many investors believe this. The LEO issued by Fan is similar to BFX, and it is also a kind of bond currency, but the LEO redemption price is based on the market price; and from the following point of view, LEO cannot be converted into equity, just to reduce the handling fee.)

The remaining coins after private placement are determined by the issuer

Previously, the Chinese version of the draft pointed out that LEO private placements will expire on May 10, 2019; after the private placement deadline, if there is a share, it will be publicly funded.

However, the new white paper has changed this statement. First, the private placement time will be postponed for one day until May 11, 2019. Second, if the token is left after the end of the private placement, “the issuer can then consider it according to applicable law. The appropriate way to sell the remaining tokens from time to time."

"In the way that it deems appropriate", as well as the "issuer's discretionary way and time to sell" appearing in the white paper, are subjective and can be considered as an issuer likely to enter the secondary market for selling.

Regarding the LEO repurchase policy, the new white paper is basically consistent with the Chinese version of the draft:

(Note: Net assets refer to the amount of assets remaining after deducting all legal and operational expenses) However, the repurchase cycle has caused controversy. Previously, the Chinese version of the draft stipulated "no deadlines", the new white paper said "until no tokens are in commercial circulation" (until there is no token into commercial circulation)

Trader AlbertTheKing issued a message saying that the new statement left a void for Bitfinex.

" BFX's wording has left a lot of room for them. Imagine if BFX does not want to pay dividends because of too high profits, or because the trouble has been solved and you don't want to pay dividends again, you can use any ingenious means to achieve no tokens are in For example, when the LEO transaction volume is small, the upgrade system cancels all pending orders, and no LEO sell orders appear within half an hour after the recovery operation, saying that no tokens are in commercial circulation has been reached, then they do not need to continue to pay dividends (repo ))."

Whether LEO can reduce the handling fee, it is up to Bitfinex to decide

The Chinese version of the draft stipulates that LEO's function is to reduce transaction fees and loan fees. The new white paper has basically no major changes in the function of LEO, but at the end of each rule, one is added: due to cost changes or other reasons, Bitfinex It is up to you to decide whether to reduce the cost.

In addition, there are differences in specific cost changes:

Regarding LEO's specific reduction in handling fees, the two have the same expression:

The new white paper also announced iFinex's revenue last year, with a net profit of $418.2 million for the year and a shareholder dividend of $261 million.

“In the downturn of the market, we did not reduce the number of people. Every month we receive hundreds of job search letters, but we pay more attention to quality,” wrote the white paper.

Compared to other head-exchanges, the number of development teams at iFinex & Bitfinex appears to be “stretched”. We can’t help wondering if such a team can support the development of the task?

Baipi explained that the iFinex & Bitfinex team is fully capable of developing the burden. Although sometimes development needs to start from scratch, the development team has completed the development task, and the cost is only a small part of the outsourcing price. For example, the upcoming Bitfinex derivatives platform was completely designed and developed by the Bitfinex team.

However, iFinex also pointed out in the report that the earnings report has not been audited, the investment risk of LEO tokens exists, and the white paper does not have legal effect.

In 2016, the currency was used to resolve the crisis.

The new white paper also reviews the crises and responses of the iFinex & Bitfinex team.

On August 2, 2016, Bitfinex was hacked and stole 119,756 bitcoins (at that time, the market value was $60 million). This is the biggest incident of theft after the MT.Gox incident in Mentougou. At that time, the situation of hackers stealing money from the exchanges occurred from time to time. In the face of a situation in which huge losses are almost impossible to recover, many exchanges can only give up.

But Bitfinex took several approaches, saving both the platform and allowing users to recover their losses in less than a year. First, Bitfinex aggregates the losses of all accounts and distributes the BFX token to the losing user at a rate of 1 US dollar to 1 BFX. Within 8 months of the security breach, all BFX token holders' BFXs are redeemed at a full ($1) price.

In addition, Bitfinex also released RRT (Recovery Right Token), which can convert BFX tokens into iFinex shares, and some holders (DGroup founder Zhao Dong) obtained iFinex's equity through this conversion. It is worth noting that all BFX tokens are eventually redeemed and destroyed.

In addition, according to the regulations at the time, when the stolen assets were recovered in the future, since Bitfinex had repaid all the debts, the RRT holders could allocate the recovered funds, and one RRT could be divided into up to one US dollar.

According to the white paper, Bitfinex is still actively cooperating with law enforcement agencies around the world, and once the stolen Bitcoin arrives at any exchange or business, it will track and confiscate them.

On February 25, 2019, with the assistance of the US government, Bitfinex recovered 28 bitcoins and converted them into US dollars according to regulations.

In addition, the company works with industry leaders to create a program that gives hackers the opportunity to safely and privately return most of the stolen funds while retaining a portion of the funds as a return. However, Bitfinex cannot guarantee that these strategies will succeed.

In the late summer of 2018, Crypto Capital told Bitfinex that its custody funds had been seized by some governments, but it is expected that these funds will soon be released.

By the end of 2018, Bitfinex was increasingly worried that Crypto Capital might not be able to return the funds it had hosted, so it began to lend abroad (in this case, borrowing Tether's capital turnover).

In the white skin, Bitfinex said it is actively negotiating with various jurisdictions around the world to speed up the thawing of funds, but Bitfinex is uncertain about whether it can recover the funds .

Professor Wang Yongge of the University of North Carolina: There are two major requirements for the next generation consensus mechanism.

Market Analysis: Bitcoin V-type rebound, the bulls must decide before the weekly line