Today, Binance has been stolen. Basic information believes that everyone has more or less already understood. According to the official announcement of Binance, at 1:15:24 am (Hong Kong time) on May 8, 2019, hackers stole 7000 BTC (according to the price at that time). Calculated for approximately $41.6 million), only the BTC hot wallet was affected, and Binance will use the “SAFU Fund” to fully cover the full loss of this attack. No users have any loss.

Theft has become a reality, and everyone may be concerned about the following issues.

2. Is Binance guarded against self-stealing?

Third, how to deal with the follow-up?

4. How to solve the security problem of the exchange?

The SAFU Fund was established in July 2018. Starting July 14, 2018, Binance will use 10% of the transaction fee as an investor protection fund. The relevant assets will be stored at a separate address, special purpose; sudden risk to all platforms At the time, the Binance users are paid first, and the special fund is used to cope with possible extreme security incidents; for any loss of user assets caused by the user's own reasons, Binance will withdraw funds from the investor protection fund to implement the full amount of the user. Pay.

The investor protection fund was established because of the phishing attack in Binance in July 2018.

According to the previous Binance repurchase of BNB, the loss of $41 million is difficult to make a significant impact on it.

2. Is Binance guarded against self-stealing?

Former Huobi network CTO, BHex founder Ju Jianhua said that this is the second time Binance has the same problem. Now the main problem of the exchange's business structure is that the assets are stolen, and it cannot prove that they are not guarding themselves. This kind of thing will continue to happen as long as the three layers of services such as custody clearing and matching transactions and brokerages are not separated.

Encryption census analyst Alex Krüger even voted on Twitter. JPMorgan Chase and BAKKT wanted to buy a cheaper BTC, so they planned the theft of Binance.

Third, how to deal with the follow-up?

Before the announcement, the CZ layer released Twitter, saying that some unplanned server maintenance must be carried out, which will affect deposits and withdrawals for several hours, no need to worry, funds are safe, and transactions are not affected.

After the announcement, Sun Yuchen expressed support for Binance. He would like to deposit 7,000 BTC equivalent dollars into Binance in his own name. CZ expressed his gratitude and said that it is unnecessary. The SAFU fund will bear the loss. Binance has been attacked. But it is not bankrupt.

In today's online Q&A, CZ said it would actively seek community help to deal with the theft. Previously, the community suggested that some of the stolen amount could be recovered through block reorganization/transaction rollback. Binance would consider this technical solution, but the program is still under discussion. After declaring that the block reorganization is not discussed, the main considerations are: 1. It may affect the credibility of BTC; 2. It may lead to the split of BTC network and community; 3. This is a lesson for Binance.

From the official announcement and subsequent development, Binance will use the SAFU fund to bear the loss. The security issue has always been an untimely bomb hanging over the top of the major exchanges. Binance is the trading exchange with less than twice a year. The security issue has once again sounded the alarm for the exchange.

4. How to solve the security problem of the exchange?

The fact that exchanges have been stolen in the world of encryption has never been a novelty, as exchanges that have been hacked and smashed are too numerous to enumerate. Among them, the theft of Mentougou has even become a fuse for the strengthening of Japan’s certification.

Resolving exchange security issues requires technical improvements as well as regulatory improvements. Judging from Japan's regulatory experience, the regulation of the exchange mainly focuses on the management of the certificate, the preparation of funds and the separation of assets. That is, the management of the certificate is managed by the cold wallet. The exchange should prepare for the loss of the plan and publicize it. With the corresponding compensation for the pass issued by the hot wallet (that is, the pass that may be lost), the exchange shall clearly distinguish between the customer's assets and the company's assets, and use the third-party audit of the asset separation before the certificate system is improved.

Finally, the incident of theft was also eye-catching. Binance’s stolen news appeared on the front page of the Bloomberg terminal today, which means that the encryption world is getting more and more attention.

Binance negatively promoted the market's decline, but even if the theft did not happen, the recent trend has shown that the difficulty of the attack is great. Although the upward trend of the BTC daily line level has not been destroyed, the 5-day moving average has already leveled down. Considering the selling pressure of more than 6,000 US dollars, the short-term breakthrough is more difficult, and the shock market may last for many days. Focus on key support locations. BTC is the only one, and other major circulation certificates are still weak to follow the trend of BTC. 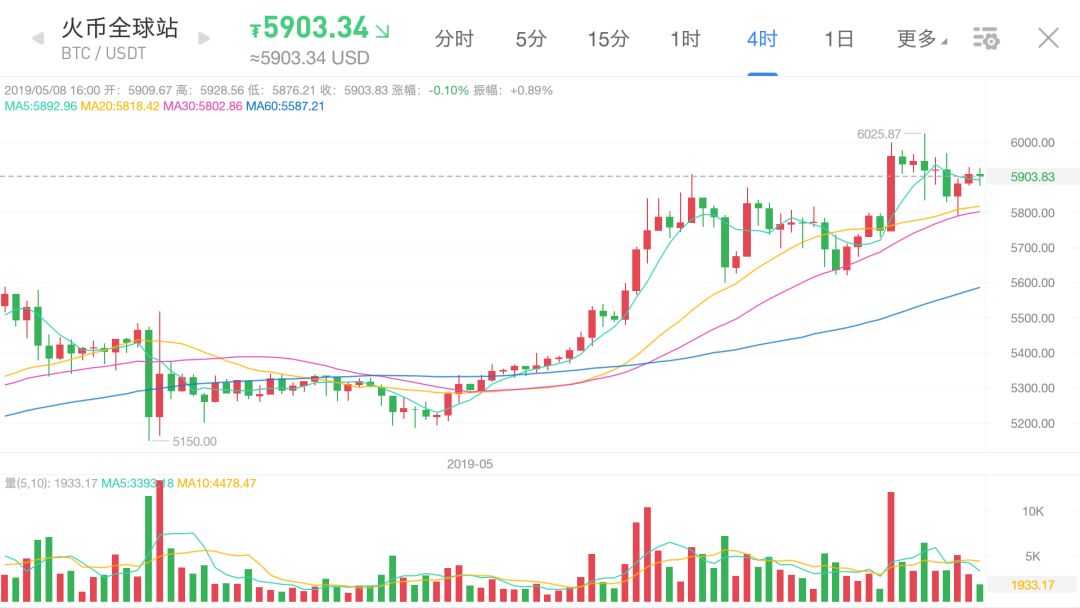 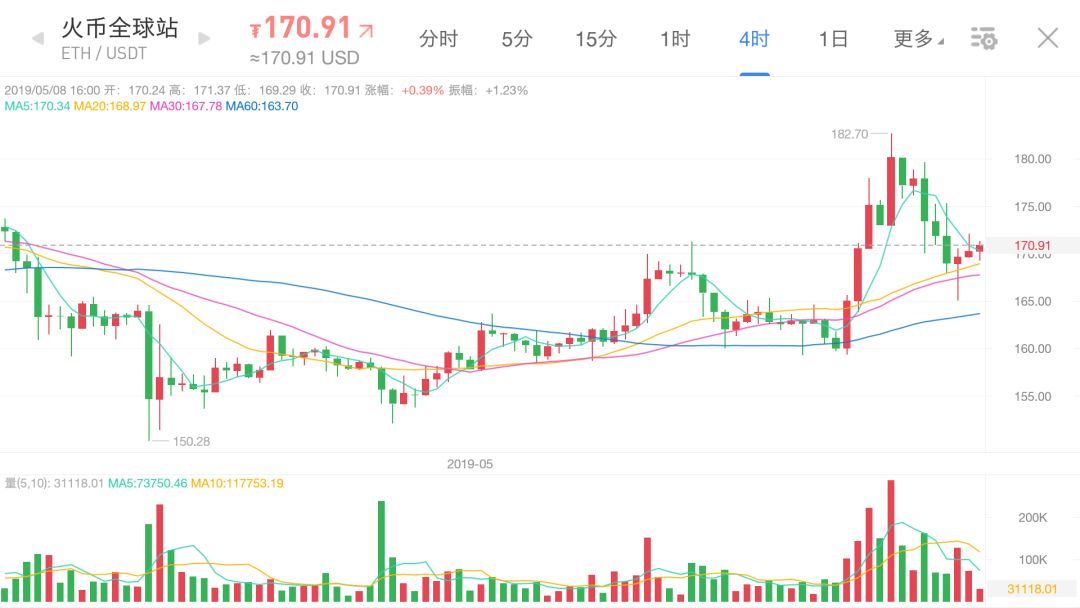