This morning, the large cryptocurrency exchange Binance confirmed that the stolen 7000 bitcoins , a large number of user API keys, 2FA codes and other possible information were stolen by hackers, thus launching the attack.

The cryptocurrency was stolen, which was not uncommon in the community. Coin said it would cover all losses through the SAFU fund. But all this is spoiled by a tweet.

@CZ, if you publicly disclose the private key of the stolen Bitcoin, you can withdraw the attack by zero-cost coordination block reorganization.

The statement was made by Jeremy Rubin, co-founder of the MIT Digital Currency Program, who recommended that Chan Chan CEO Zhao Changpeng (CZ) reorganize the block, thereby rolling back the transaction and retrieving the stolen funds.

The block reorganization mentioned here refers to the creation of a new block history when a miner gains enough computing power and chooses to dig a block. The blockchain is therefore at risk of splitting.

When I saw this tweet, I thought it was just a joke. However, at noon today, CZ revealed that when it was doing online AMA, it might consider rolling back the bitcoin blockchain.

This message then smashed the Twitter, this time CZ also made a statement that it would not choose to roll back.

Supported Voices: 1. We can 'revenge' hackers by transferring this fee to 'miners'; 2. Organizing future attacks in the process; 3. Exploring how the Bitcoin network handles such situations.

The voice of opposition: 1. We may damage the credibility of Bitcoin; 2. We may cause the split of the Bitcoin network and the community, such lethality seems to exceed the $40 million retaliation; 3. The hacker does perform Some weaknesses have not been obvious before; 4. Although this is a very expensive lesson for us, it is still a lesson. It is our responsibility to protect the safety of user funds.

We should be honest, learn and improve. As always, thank you for your support! Perhaps the Bitcoin community is too disgusted with the transaction rollback. Even if the CZ statement no longer considers this solution, it still fails to stop the discussion, but he does not seem to want to participate.

It is impossible to solve this problem. The Bitcoin ledger is the most unchangeable book on the planet. Finished.

When you are stolen, you will roll back. Do you think we are Ethereum?

For the proposal to retrieve Bitcoin from this rollback block, the community is also wide open.

First of all, if reorganization is reorganized, do you think it is as simple as eating?

It is impossible to use reorganization to recover the money security funds, which is almost impossible to succeed. Even if the mine pool wants to do so, the risk is high.

According to Lightning Labs developer Alex Bosworth, the conditions required to reorganize blocks are very demanding:

A few things that prevent block reorganization: 1. Higher PoW costs; 2. Social consensus; 3. After 100 blocks, the losing party can turn the funds into commissions to generate pollution inputs; 4. Even if there are High enough power, the probability of failure is still very large; 5. People who have heavy positions in Bitcoin have enough motivation to oppose.

Besides, if the money can be reorganized after being stolen, have you considered the feeling of MtGox?

Since we have all said this, why not cancel the attack on Bitfinex and MtGox? No matter what, if we press the restart button, everything will start again.

Bitcoin experienced a worse moment (Gox and Bitfinex attacks) and didn't think about restructuring at the time.

There is also a general point of view: if you want to reorganize and reorganize, do you want us to be Ethereum? (Ethereum, we are still good friends, right?)

The same is the big god WhalePanda:

No one will reorganize the Bitcoin blockchain because of this. 1. There should be no emergency assistance, we are not Ethereum; 2. 7,000 bitcoins are not too much for the currency (if they say it is true); 3. Playing stupid games will only get stupid rewards.

Bitcoin is not a junk coin controlled by five people. It is not a central bank controlled by bank oligarchs. These banks only think for themselves, while Democratic politicians want to be re-elected. Bitcoin is hard currency. There is no rescue and no time to come.

Bitcoin succeeded not only because it was the earliest cryptocurrency, but also because its network was truly decentralized. Individuals or a single organization cannot make any decisions for Bitcoin, which is the potential of Bitcoin.

I woke up in the morning and wanted to reorganize Bitcoin. After talking with Li Qiwei (founder of Litecoin), Riccardo (Menro Chief Development), Yu Yongquan, Trump, etc., I decided not to adopt the reorganization plan. you are welcome. 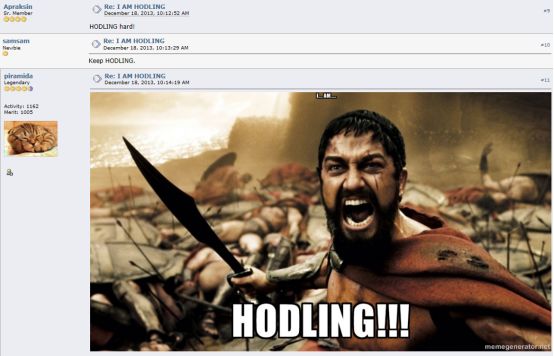