“Digging is a zero-sum game. Anyone wants to get it, everyone else must be lost proportionally.”

Mine owner Kennen remembers that Bitcoin started to stand on $5,000 on April 2nd. His WeChat bombed. "Most of it is about mining. It can’t be returned. There are hundreds of thousands of them. Wan’s various traditional enterprise CEOs can buy mining machines for tens of thousands of units.”

These miners are sold by dealers and most of them flow to overseas markets such as Iran. "Take at least tens of thousands of units," said mine dealer Zhang Xigui.

Among the mining giants, there are "various traditional enterprise CEOs", miners from all over the world who are looking for minerals, and there are also asset management giants like Fidelity.

The addition of these forces, while building a consensus on the value of bitcoin (also known as price), on the other hand is also eating the cake of the current miners.

How high can the computing power surge? Fengshui mining also earns no money? The price of the mining machine has been turned over. Is it going to catch up now? These are all problems that miners are pondering.

In the past four months, Zhang Xigui, a dealer of Huaqiang North Mining Machinery, believes that the golden period has been half a year.

"The second mobile phone has doubled," he said excitedly, and then began the "Amway" net red mine machine – Z11.

Z11 is a Zcash (ZEC, large zero coin) mining machine launched by Bitland. A month ago, Bitcoin regained $5,000 after four months of trough, and the currency was uplifting. Zcash also rose 33% in the week. The mining market with a sharp sense of smell is random and moving.

Looking at Zhang Xilin's circle of friends, on April 3, the Z11 offer was still in the early 9200, and the price of the official website of Bitcoin was slightly higher at 10,200 yuan.

After three days, Zhang Xilin’s Z11 offer in the circle of friends has reached 10,000 yuan.

"The official website has also risen a thousand pieces, and sold out directly at the end of the month. There are few of them, I am one of them." Zhang Xilin said. Looking at his own rare items, Zhang Xilin directly adjusted the price of Z11 to 13,000 yuan.

"To Z11, come!" "Re-release XX"… Zhang Xilin's circle of friends is a bank collection screen, and the copy is full of tensions of "pre-purchase speed, no time to come".

In the end, Zhang Xilin got no fewer than 50 orders in a few days, and each net earned thousands of dollars.

Some miners saw that the machine had turned over 1/3. The machine that had just bought a month did not dig directly, and went out to sell it. "Zhang Xilin said that he himself sold more than 100 S9s at high prices.

“M3 has risen T9 and T9 has risen to S9.” Looking at this anti-sky market, Kennen, the head of the original mine, could not help but be happy with the mining machine.

At the end of December last year, after a month of heavy plunging, S9 tried to reach the shutdown price, and many closed mines were shipped. The price of second-hand S9 was as low as seven or eight hundred.

“Replenishment” miners like Kennen are a type of buyer in the mining machine market, while others are purchasing groups from foreign mines such as Iran.

Zhang Xilin told the Odaily Planet Daily that after his hand, the mining machine Shenma M3 and Ant T9+ had thousands of large orders, which were mainly sold abroad.

These two models of old mining machines, which were dug in the country half a year ago, are not very profitable. The price of the transfer is also very low. "Two hundred pieces can be bought." Now the second-hand M3 has risen to 450 yuan, and the used T9+ has also risen. Six or seven hundred.

“Mainly miners in emerging mining countries such as Iran are buying. Their industry is in the ascendant, and it is impossible to buy a large number of mining machines and buy expensive high-performance new machines. It is a problem to repair and repair the roads. So I will choose this low-cost mining machine." Zhang Xilin said. He had received many foreign miners at the mine. During that time, he even used English in his friends circle.

According to Zhang Xilin's calculations, he knows that there are tens of thousands of used M3 and T9+ abroad, and the number of parts he has not touched may reach 100,000.

Another senior mining person has also supported at least tens of thousands of such figures. "All the domestic goods are swept away." Zhang Xilin judged.

The soaring currency price has stimulated the nerves of the mining machine market and attracted the coveted funds from the market.

After Kennen priced at $5,000 on the price list, he saw many tens of thousands of mining machine orders. According to him, following this wave of market, there are no shortage of hundreds of millions of bosses of all walks of life.

“This is also the reason why the mining machine can go up, the order is getting more and more, and the inventory is not enough,” Kennen said.

The logic of capital entering the mining industry is very simple, the digital currency may rise, and the coin is theoretically cheaper than buying the currency directly. The so-called "bear market can be coin, bull market when mining."

In addition, Kennen has a little experience with the fund's involvement in mining.

According to him, the Force Mine was invested and built by the cryptocurrency fund AlphaCoin Fund, which was launched in June last year.

In the second half of last year, the bear market entered a more severe "second half", many funds were stuck because they could not withdraw in time, and no funds for subsequent investment. However, the AlphaCoin Fund, which has a mining business, is not so difficult in a bear market because of a stable cash flow, and can invest in good projects.

Under the expectation of stable income and a double increase in the bull market, many large funds have recently begun to set foot in the mining circle.

According to the world of coins, on May 5th, Fidelity, one of the world's largest asset management companies, revealed in a recent special meeting on cryptocurrency that Bitcoin mining and related energy industries will be laid out.

According to public information, Fidelity Investment Group manages up to 2.4 trillion US dollars of funds. It has tens of millions of customers around the world and has invested in unicorn companies including Uber, Airbnb, SpaceX and WeWork.

With such a large fund joining, for the current mining industry, what needs to be concerned is not enough funds to enter, but how much market space the mining industry can provide for such funds.

In addition, the blockchain investment agency Fundamental Labs also launched a $44.5 million (about 300 million RMB) fund for computing power. In the future, the fund will also raise funds in batches with a total target size of US$150 million.

It is reported that Fundamental Labs was established in 2016 and is an investor in dozens of blockchain projects such as Coinbase, Jianan Zhizhi and Binance Coin.

If you estimate roughly, if you use half of Fundamental Labs' $4,450 computing fund for the S9 mining machine (current price is around 1,500 yuan), you can buy 100,000 units, which is equivalent to nearly 3 of the current network computing power. %.

And this is only a fund for an institution. Seeing the practitioners here, it is inevitable that sorrow and joy will be added.

The good news is that newcomers and big funds will help the industry to develop. Sadly, this may also become a nightmare for small and medium-sized retail investors.

“Digging is a zero-sum game (competition in the same industry). Anyone who wants to get it must be lost in proportion.” An old mining man once broke the rules of survival of miners.

Should miners chase up?

Kennen's original force mine has a total of 150,000 kWh of electricity in many parts of the country, and will not immediately become a competitor in the mining industry. But how many people can dig up the mine in the future, and let Kennen ponder.

But one thing has also made Kennen feel gratified. "The reason why the price of the currency is not going up now is because there is no new capital to enter. If Fidelity is mining, then more large institutions may be on the way. This is the whole bit. The consensus of the value of the currency (which can also be said to be the price) is necessarily a good thing. This benefit will soon be given to investors who are participating in Bitcoin, including miners."

Finally, from the point of view of the miners, the price of the mining machine has been turned over. Is it necessary to chase it up now?

The recent rise in mining machine prices and the surge in computing power in the upcoming flood season will affect the investment and revenue of mining.

From the point of view of the mining machine dealer Xilin, “the machine has now risen. It is difficult to continue to rise in May without major changes in the currency price.”

This also means that the miners may not have to invest because they are worried about not buying now and the future price is higher, and the future may not be higher.

In addition, there are still quite a few mines in Sichuan that will welcome the flood season in mid-to-late May and early June. “At that time, at least 100,000 mining machines are expected to start,” said Zhao Yun, president of the Sichuan Branch of the Minerals Association. This is only the new computing power in Sichuan, and the recent calculations into Iran and other countries are all factors that miners need to consider.

Ethereum co-founder Joseph Lubin: It is expected that all assets will be tokenized and the network will be completely decentralized.

Abdul Shakoor, the mastermind of the alleged bitcoin scam, was murdered by team members and the Indian police arrested five suspects 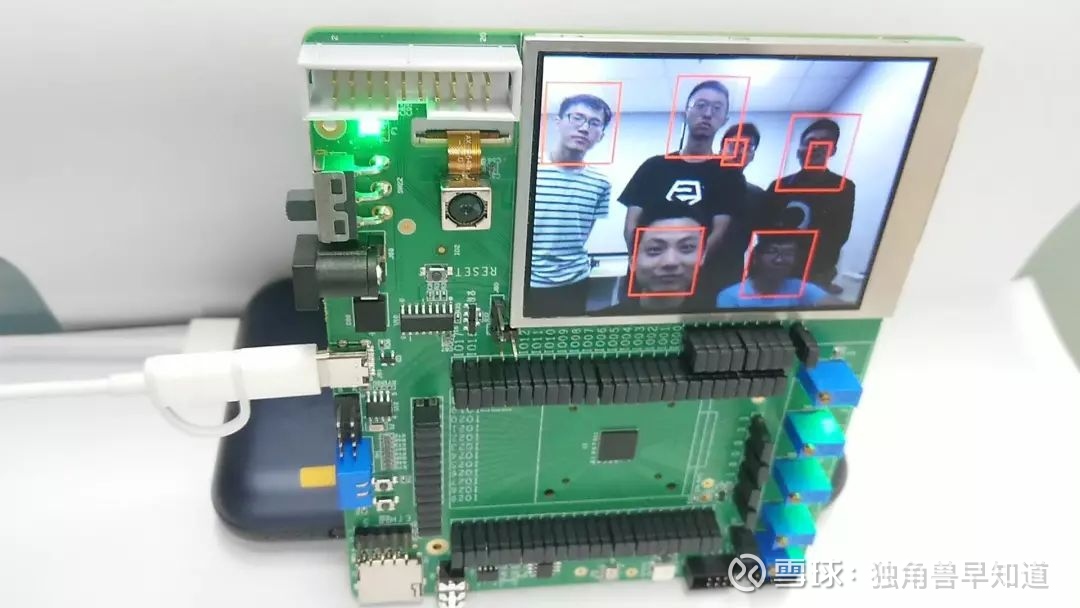