Let's take a look at today's two news: First, according to cointelegraph, the presidents of the two financial institutions, the US Securities and Exchange Commission (SEC) and the Commodity Futures Trading Commission (CFTC), recently attended the Congressional Budget Hearing. SEC Chairman Jay Clayton pointed out the importance of digital assets and blockchain technology, saying that the SEC will conduct compliance checks on high-risk investments including cryptocurrencies, requiring four new positions in the trading market to be responsible for regulatory figures. Asset market. Note that the reference to the inside is "compliance minus inspection", which means that only compliance is checked, not completely blocked!

Second, the European Central Bank President Mario Draghi responded to a question raised by a student about cryptocurrency, saying that cryptocurrencies, such as bitcoin, are not currencies but assets. The euro is the euro, whether it is today, tomorrow or a month, it is the same. The European Central Bank provides support for the euro, and who supports the cryptocurrency? Cryptographic currencies are very, very risky assets, and you can see that their prices are crazy. For now, they cannot affect our economy on a large scale, so we tend to view them as speculative assets. The reference to "speculative assets" in the description indicates that the value of the cryptocurrency is defaulted, and the proof is in the scope of funds. The above news is considered to be good news. For the future, this market will grow stronger. Imagine the current share of your share when the cake becomes bigger. Let's talk about today's market.

BTC: Today, we have once again stepped out of the independent market. The market value as a percentage of the total market value has reached a new high of 57.1% since September last year. The blood-sucking effect on the market is very obvious. It can be seen that except for Bitcoin, other mainstream currencies are not moving. The market's big probability is that when there is no blood to suck the bitcoin retracement, it will retire and lead the market to fall! So still have to maintain awe of the market. Going back to the disk, the price of the 4-hour class relies on the MA30 (6035) and MA10 (5970) of this level to continue to fluctuate upwards. The two positions in the market will become our point of lightening. 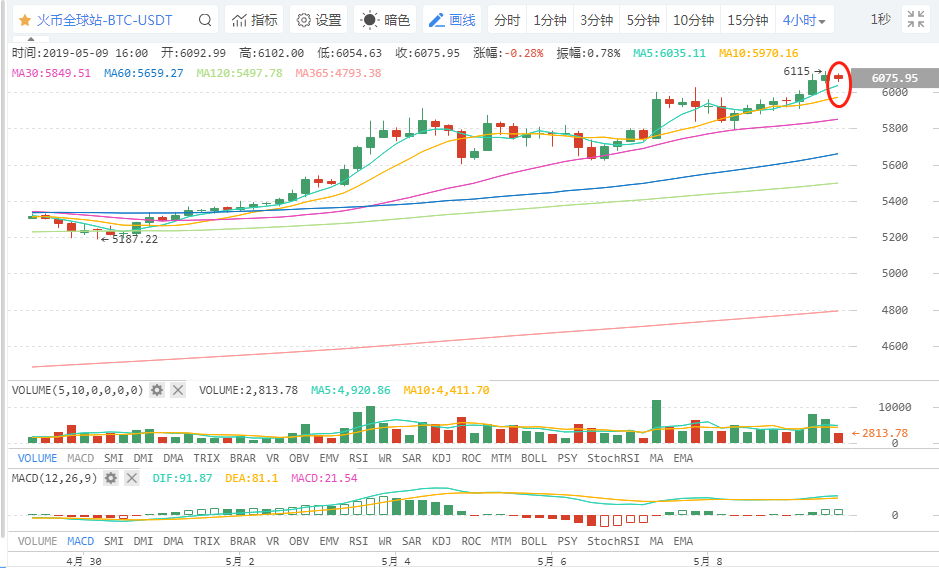 Let's take a look at the daily line level. The current 5-day moving average moves to 5885, which will also become our safe haven! This level clearly shows the weight of the pressure near 6250! 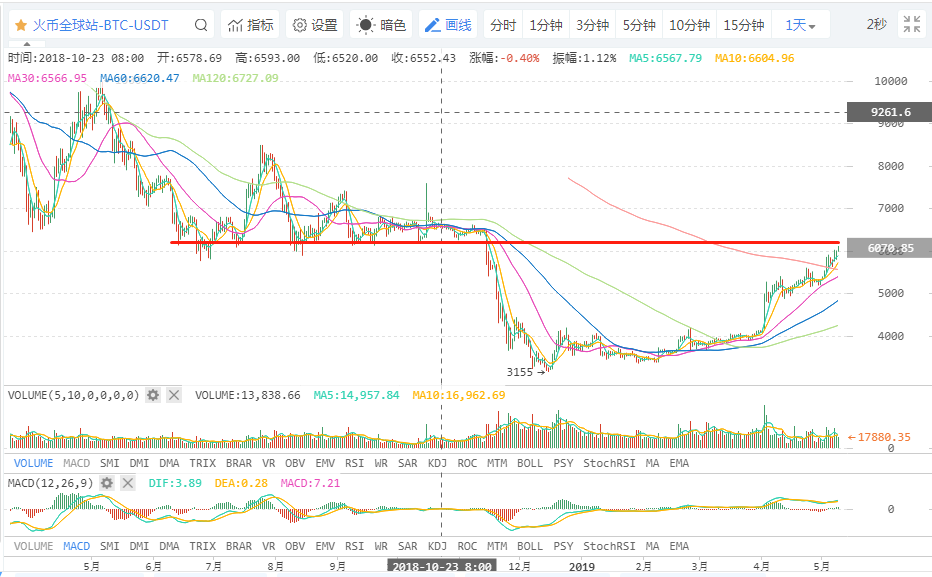 In summary, the lower support levels are 6035-5970-5885, and the upper pressure levels are 6100-6200-6250. In the case that other mainstream currencies cannot keep up, the overall market is gradually moving toward the tail of the fish. It is recommended that everyone maintain awe of the market. It is recommended that each support level be properly lightened! Going up to each pressure level also has to be lightened! 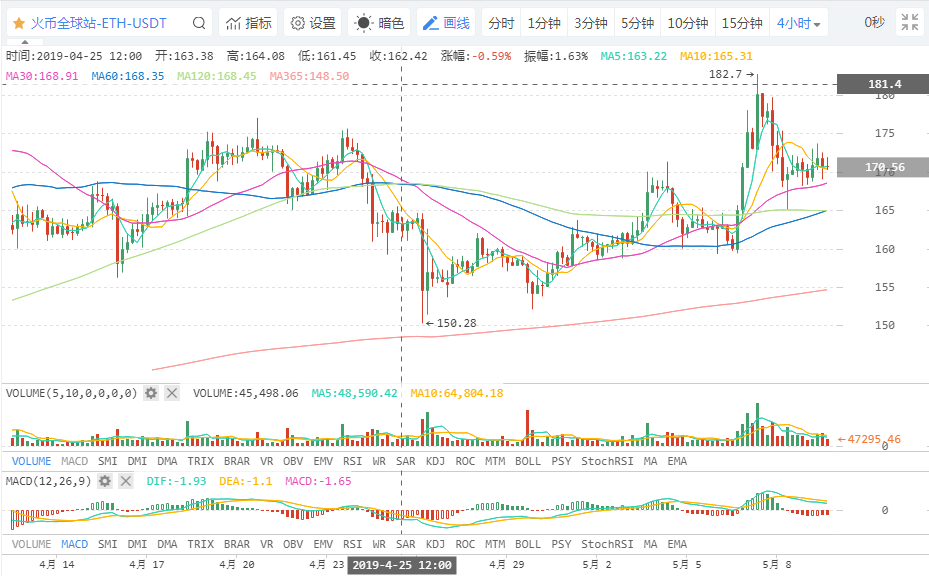 EOS: Continued to be suppressed by the top 30-day line (5.07). Currently, the 5-day moving average (4.87) is also dropped. The market continues to bottom down. The current support level is 4.65 and the pressure is 5.07. Waiting for the support to confirm the position. Layout the appropriate positions. 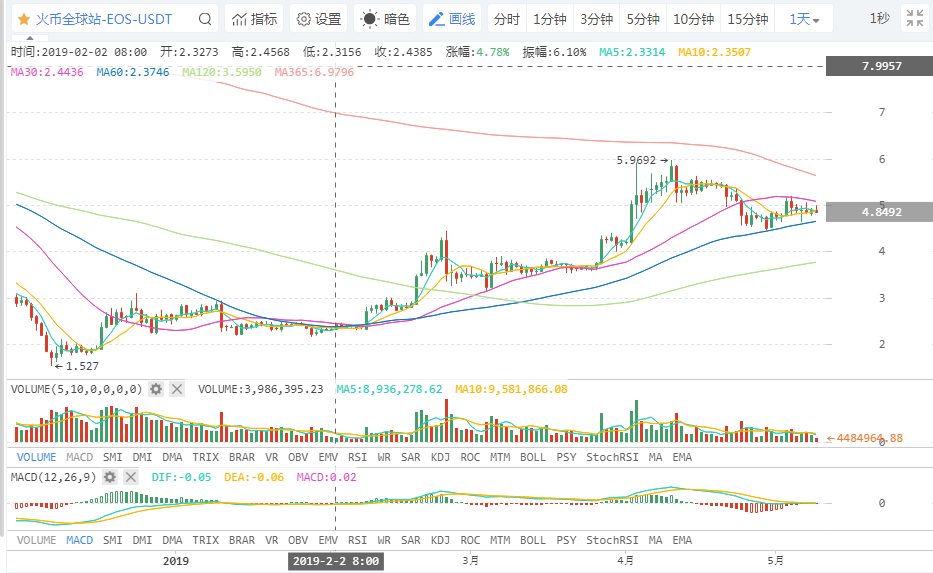 XRP: Continue to oscillate, the current opportunity is not big, the support level is 0.29, the pressure level is 0.306, and the weak shock continues. 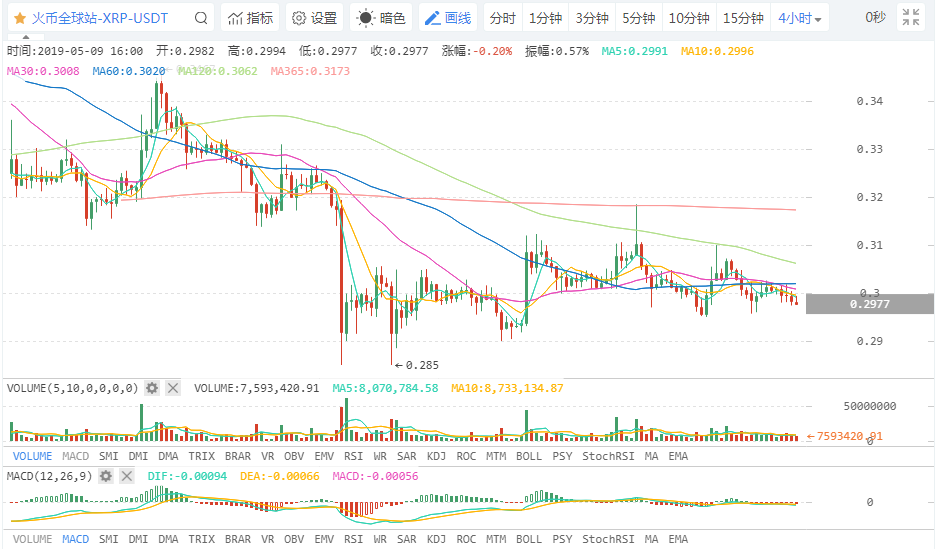 BCH: The trend is general. At present, the first support level is 280, the second support level is 260, and the pressure level is 300. If the overall 300 is not over, it will be trapped in the box of 280-300, which can temporarily make high-low throwing in the box. . After falling below 280, lighten up near 260 and stabilize. 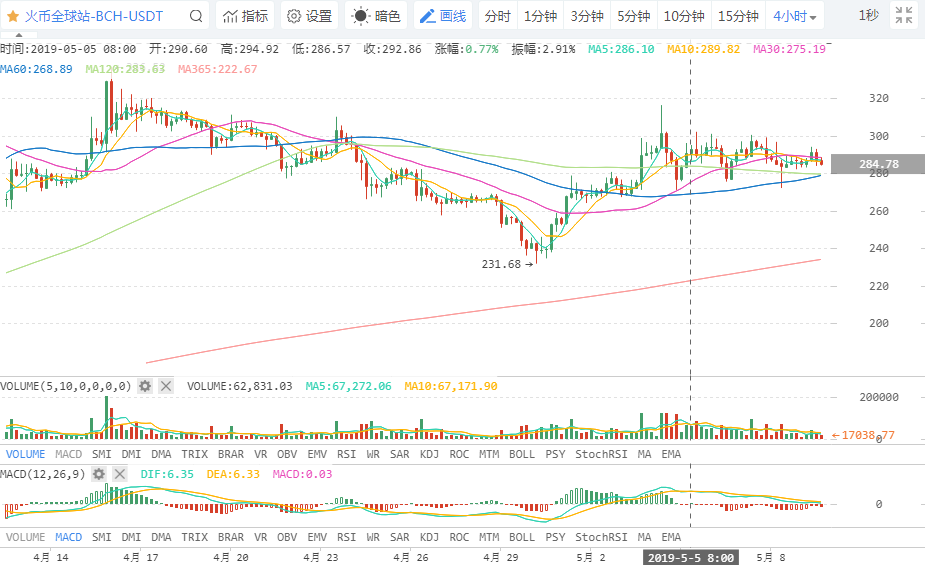 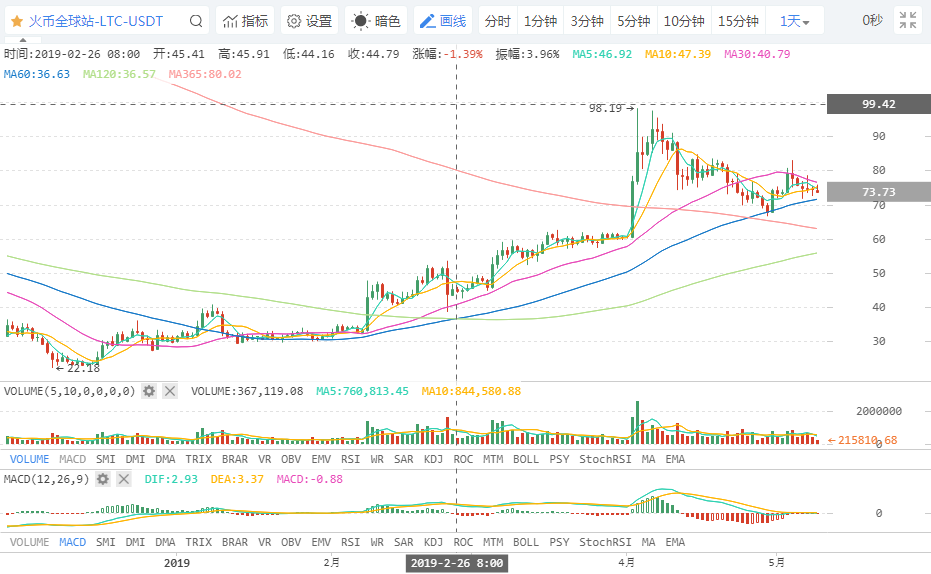 The stablecoin market trend was stable in November, and the amount of Binance BUSD increased to 26 million

Viewpoint | Reveal the truth of Bitcoin's "halving market", will history really repeat itself?