A coin called V-Dimension (VDS) and its "resonance mode" fire this week. VDS has increased 40 times in just 2 months, from the initial 2 yuan to the current 80 yuan. The market value of circulation is about 7.2 billion yuan, ranking 11th in the global market value of the cryptocurrency market, the 12th place. Behind the Monroe.

Obviously, the team of VDS team is familiar with the gameplay of the currency circle, such as Fomo3D's gameplay, value lockout, model currency, etc., as well as the marketing method of fund disk, level recommendation rewards, etc., and went to MXC in just 2 months. New exchanges such as Biki. Can rise 40 times in a short period of time, the VDS team is ready.

In order for investors to get VDS, in addition to going to the exchange, they must use Bitcoin to go to the VDS pool in the VDS wallet to "resonate". At present, there are more than 32,000 bitcoins to be exchanged. VDS has already raised RMB 1.4 billion in BTC.

Looking at the so-called resonance mode of VDS, it is simply that it has made a wallet, and after the user imports or registers the bitcoin wallet, it simultaneously generates a VDS wallet. Users can use the BTC in the wallet to redeem (resonate) the VDS. The sooner the VDS is converted into a bitcoin, the lower the VDS will be, and the lower the proportion of the conversion will be until the conversion ratio is reduced to 1:1.

This initial VDS pool is called the Resonant V pool. The user uses Bitcoin to redeem the VDS in the pool and then withdraws the VDS to the wallet. At present, more than 32,760 bitcoins have been exchanged for more than 70 million VDSs, and there are at least 90 million VDSs and VDSs, which means that the market value of VDS is about 7.2 billion yuan.

When the project community became active in March, the VDS price was only 2 yuan. Many people only think of his model and think it is a pyramid money, fund disk, so there is not much attention. Now that the VDS price reaches 80 yuan, many people have returned to the classic problem of "blockchain revolution" and "MLM". We can't help but ask:

Why is the VDS price up 40 times in two months?

Is the resonance mode an innovation in pyramid schemes or a blockchain innovation?

Regarding the introduction of VDS, whether it is white paper, official website or community, packaging promotion is very exaggerated. For example, you can see its 12-layer promotion. 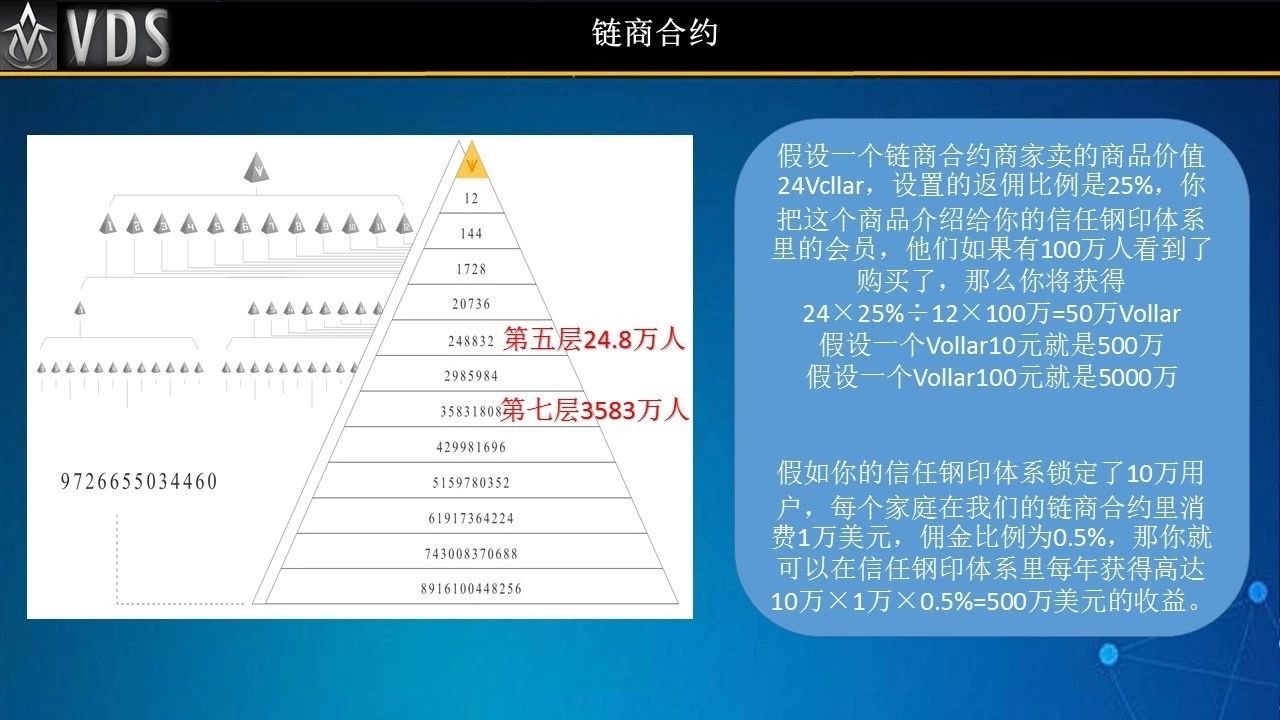 Although the concept of VDS is very ambitious and all-encompassing, the technical logic of the implementation is very complicated and ambiguous, and the core code on Github is entirely a white paper on copying Bitcoin.

VDS has a total circulation of 2.1 billion (100 times the total amount of Bitcoin), which is proved to be POW. Once every 60 seconds, 500 VDSs are born, with a 5% reduction every four months. The team pre-digging 100 million, of which 12 million were used for airdrops and 70.52 million for ICO fundraising.

It directly claims in the white paper and the official website that its operational strategy is to motivate BTC users to be the main force for project launch. To put it simply, the initial start-up capital of the project relies on raising the BTC in the hands of users.

The mechanism for VDS to raise BTC is also very complicated, and its core can be considered as a "premium model" and "FOMO" ICO.

VDS made a wallet, and after the user imported or registered the Bitcoin wallet, a VDS wallet was generated synchronously. Users can use the BTC in the wallet to redeem (resonate) the VDS. The sooner the VDS is converted into a bitcoin, the lower the VDS will be, and the lower the proportion of the conversion will be until the conversion ratio is reduced to 1:1. This is similar to the Fomo3D game mode introduced earlier by BlockBeats.

Exchange the pool of VDS, called the resonance V pool. For the earliest participating users, one BTC can redeem 3756, then reduce one VDS per layer, and each layer has only 10 BTC exchange quotas, a total of 3756 layers of 70525000 VDS. A total of 37560 BTCs are required for all redemptions. 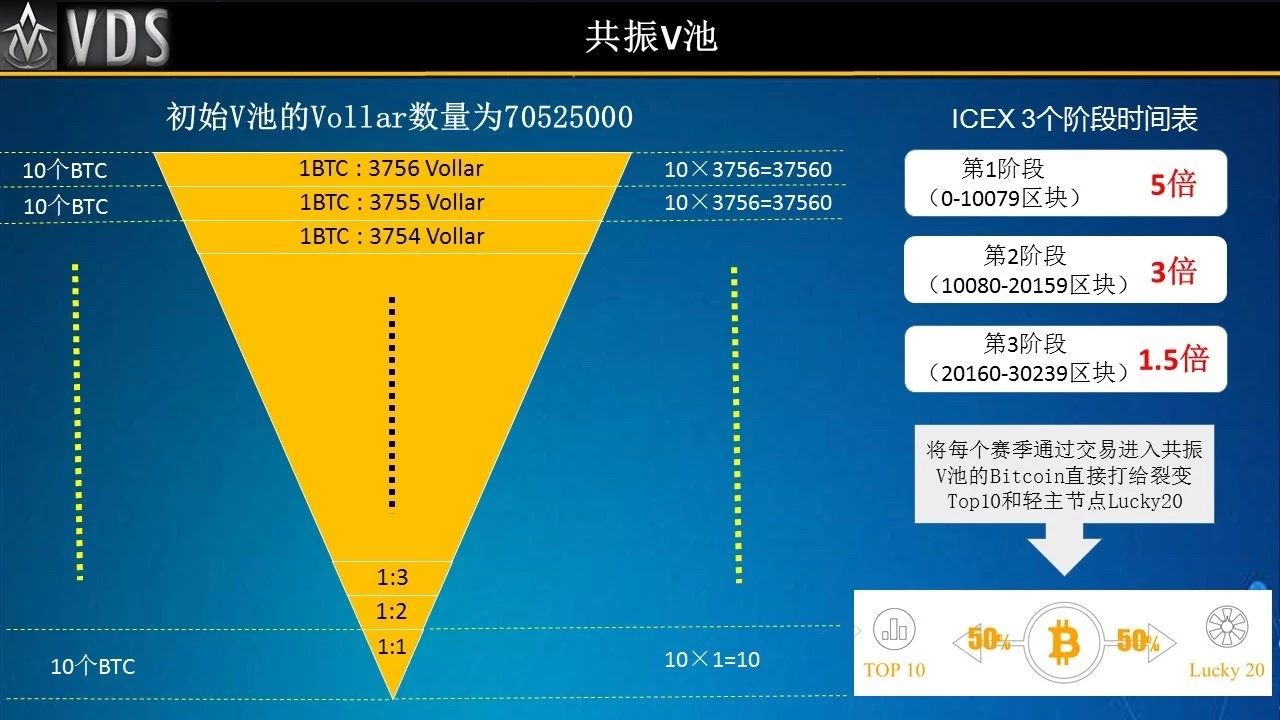 Now it has been redeemed for 480 floors, which means that 3,276 floors have been redeemed and 32,760 BTCs have been raised. The BTC of these VDS resonance pools has two aspects: half is rewarded to the top ten of the fission, and the other half is the lucky light master node lucky draw of twenty.

At present, the price of VDS is around 80 yuan, and the market value of circulation is about 7.2 billion yuan. More than 45 exchanges have been on the VDS trading pair, but most are small and medium-sized exchanges. These exchanges include emerging exchanges such as MXC and Biki.

However, the team can raise 32,000 BTCs and continue to pull the two-month disk. It should not be too much of a problem for the exchanges. It also shows that the VDS team is well prepared. It would be too simple to think of VDS as a rich altcoin or a pyramid currency. Behind the fact that VDS has risen 40 times in just 2 months, it is a strong marketing team and control team, excellent fund operation ability, very familiar and professional in the game of the currency, including:

The project's vision is grand, almost all mining block, payment, privacy, nodes and other blockchain concepts and gameplay.

There are no complete statistics on the nodes of the VDS. But what is certain is that the node must be the project team and its investors, team stakeholders, and some early participants.

Another example is the BTC of the VDS resonant cell, half of which will be awarded to the top ten users of the fission. This naturally attracts users to promote, fissile number of people, the VDS of the resonant VDS is more, the VDS users are more, and the VDS price will also rise. The 12-level strong promotion split mode is to make the user fission promotion. 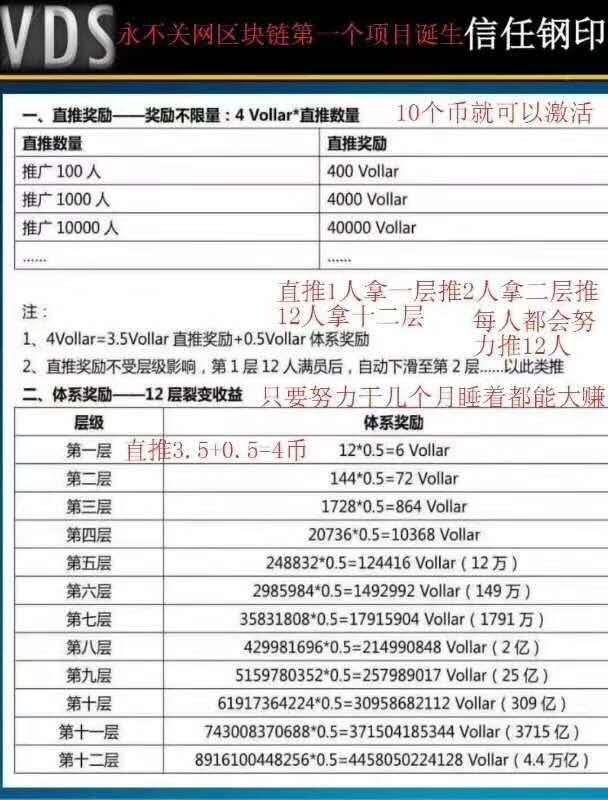 The essence of resonance mode is the variant of the fund

In fact, we have already said it all over the whole. The core of the resonance mode is a kind of "premium mode" and "Fomo3D" ICO, and then it has broken into the play of funds, MLM/direct sales, and blockchain. No matter how many fancy the concept packaging, the essence is to collect the value coins with a certain community basis to redeem the “resonance coin”.

When the price of the resonance coin rises all the way, it can continuously attract users to invest in the BTC to exchange the resonance coin. But once the price drops, the value of the converted coin is lower than the invested BTC, it is difficult to play.

In addition, from the early participation of VDS, such as users with a resonance ratio of 1:3756, they have very low chip prices and are likely to have a chance at any time. For example, the VDS large-scale online rumored cash screenshots of 500 million departures.

As Wu Ni said in the "half-year gold 5.2 billion, the black chain of the Bell chain", playing the funds and Zhuang shares is tantamount to bloody knife.

"When I looked at the early admissions, many users have already earned a lot of money, watching the crazy enthusiasm that has been recharged, watching the price of money that has been oscillating at a high level, knowing that the long-term value of the project is almost zero. In the case, driven by greed, there have been several impulses to enter and enjoy the thrill of the knife and blood. But I am not sure if the demon who danced with me will decide to give up after I have retired. Disk. The knife tip is bloody, it is greedy, but it must be rational."

As of press time, VDS fell 14% in a short period of time. Please listen to BlockBeats readers to pay attention to the risk of this project, and be cautious. 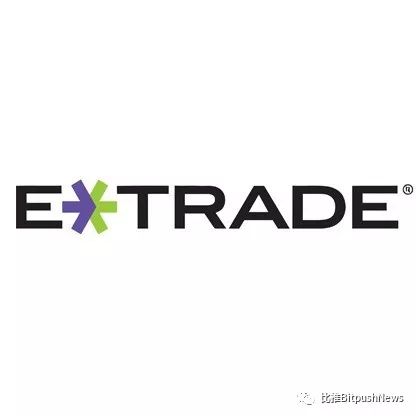