Members of the US Congress have proposed to ban Bitcoin. What do big V think? 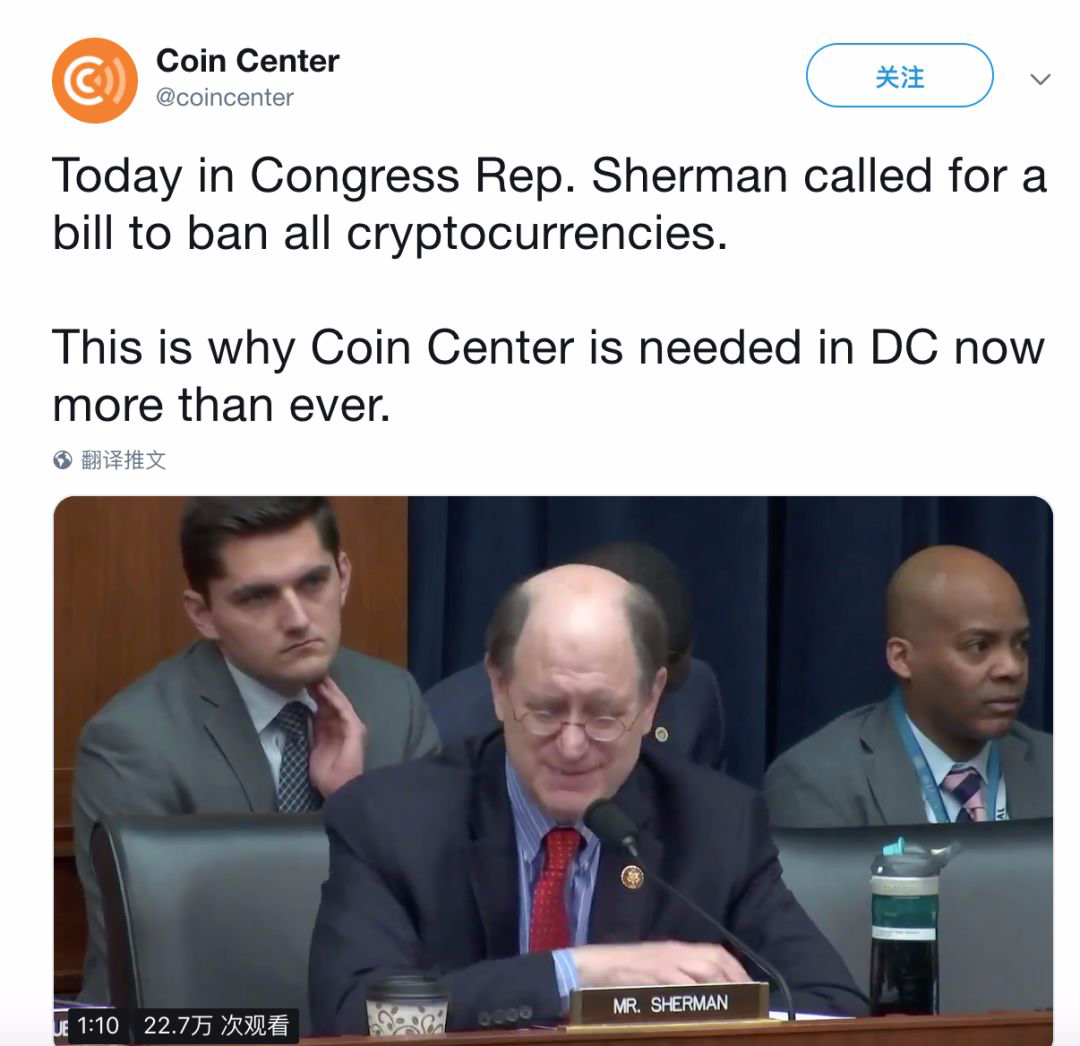 He has been in politics for 22 years and is more than twice as much as Bitcoin. Should we ban lifelong politicians? 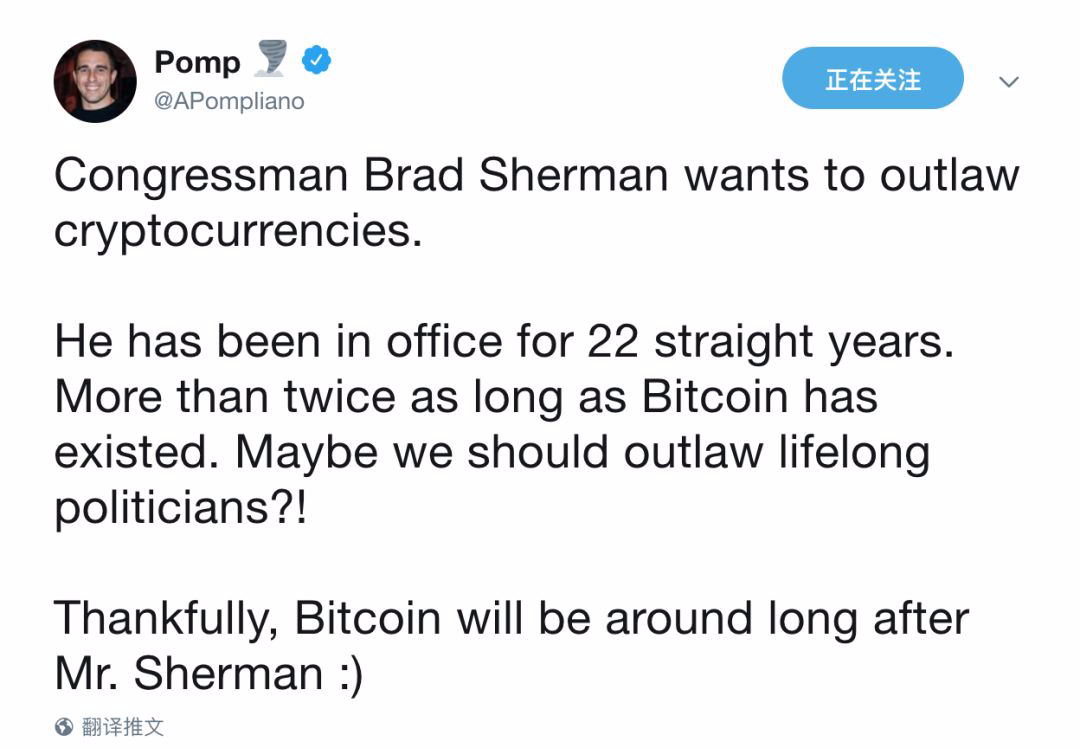 Sherman wants to ban Bitcoin to protect oil interests and US military dominance.

They began to realize that Bitcoin is the money of the whole world, not a minority.

This makes them very scared. 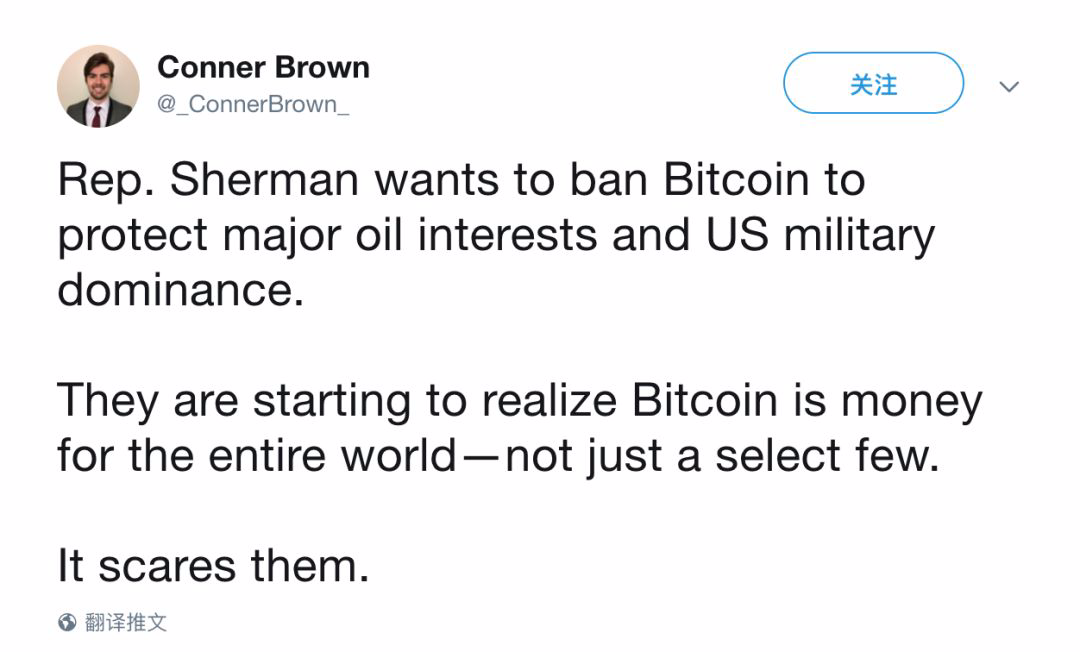 This is a good publicity for Bitcoin, please consider supporting Sherman's campaign so that he can continue to spread.

02 What layout did the giant company make on the Ethereum?

Since the beginning of this year, more and more large companies have built applications in Ethereum , and Ethhub_io founder Anthony Sassano has sorted out several representative projects.

This is just one of the big companies working with Ethereum: 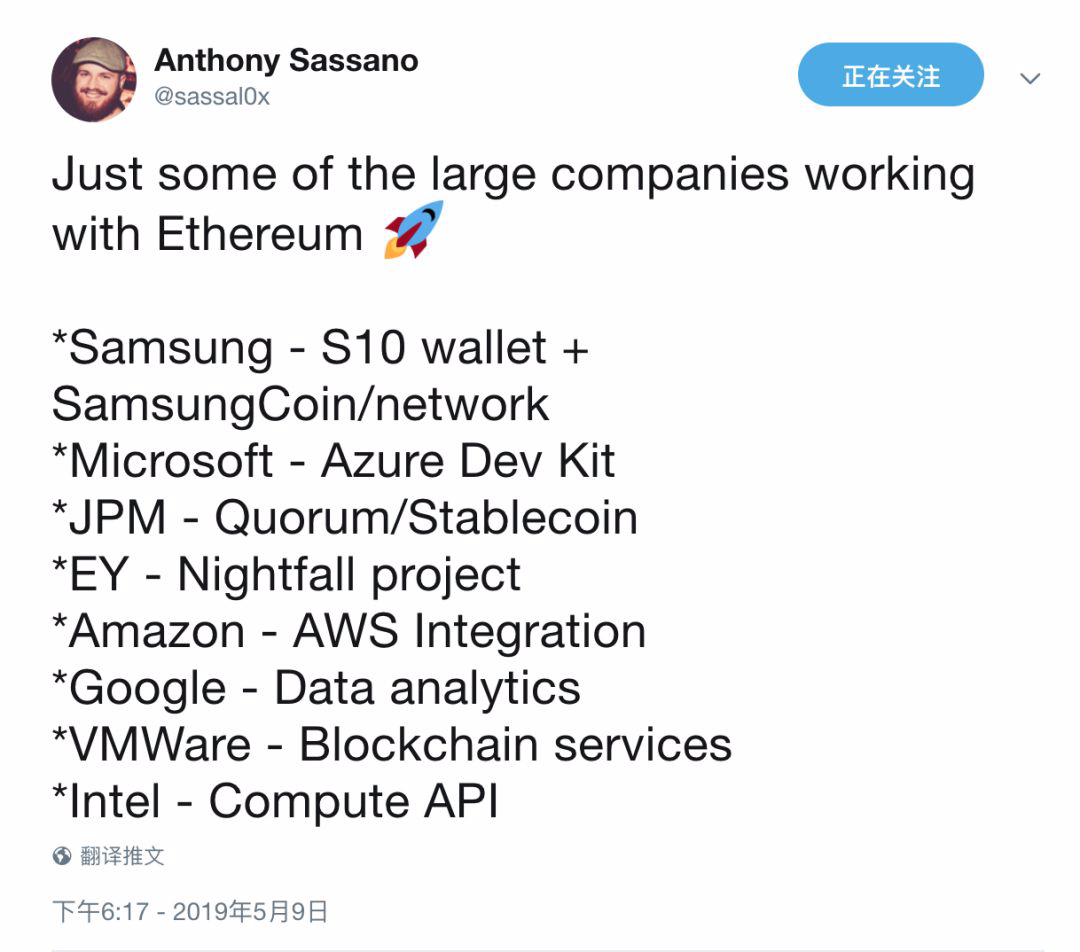 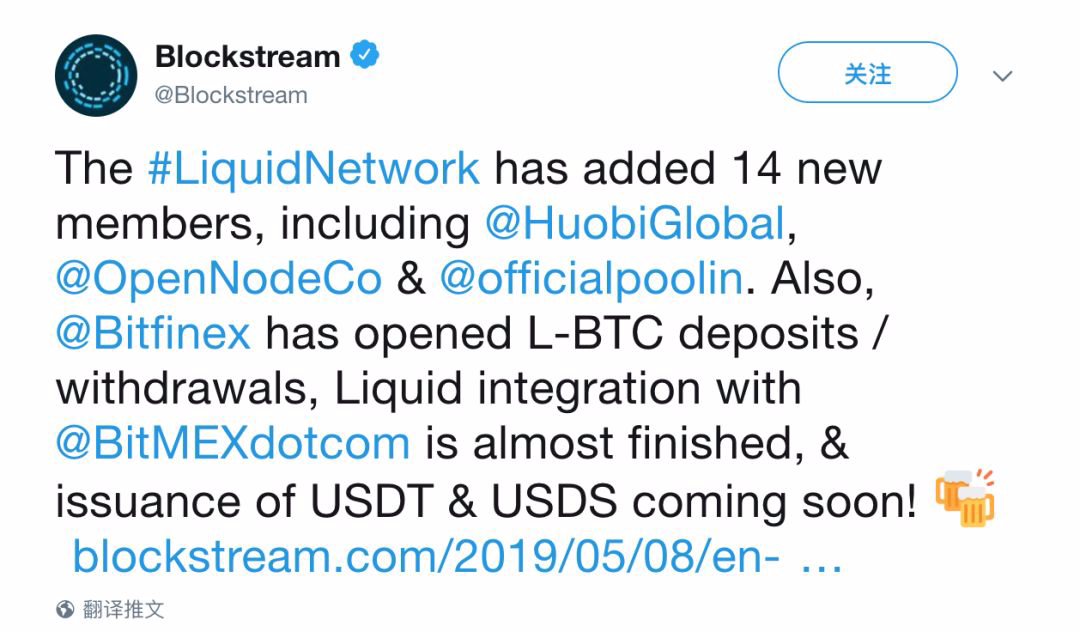 The Block analyst Larry Cermak questioned Liquid, citing that "So far, Blockstream has barely been attractive for seven months. Liquid's total trading volume is 61,700 and the amount is $313,000. 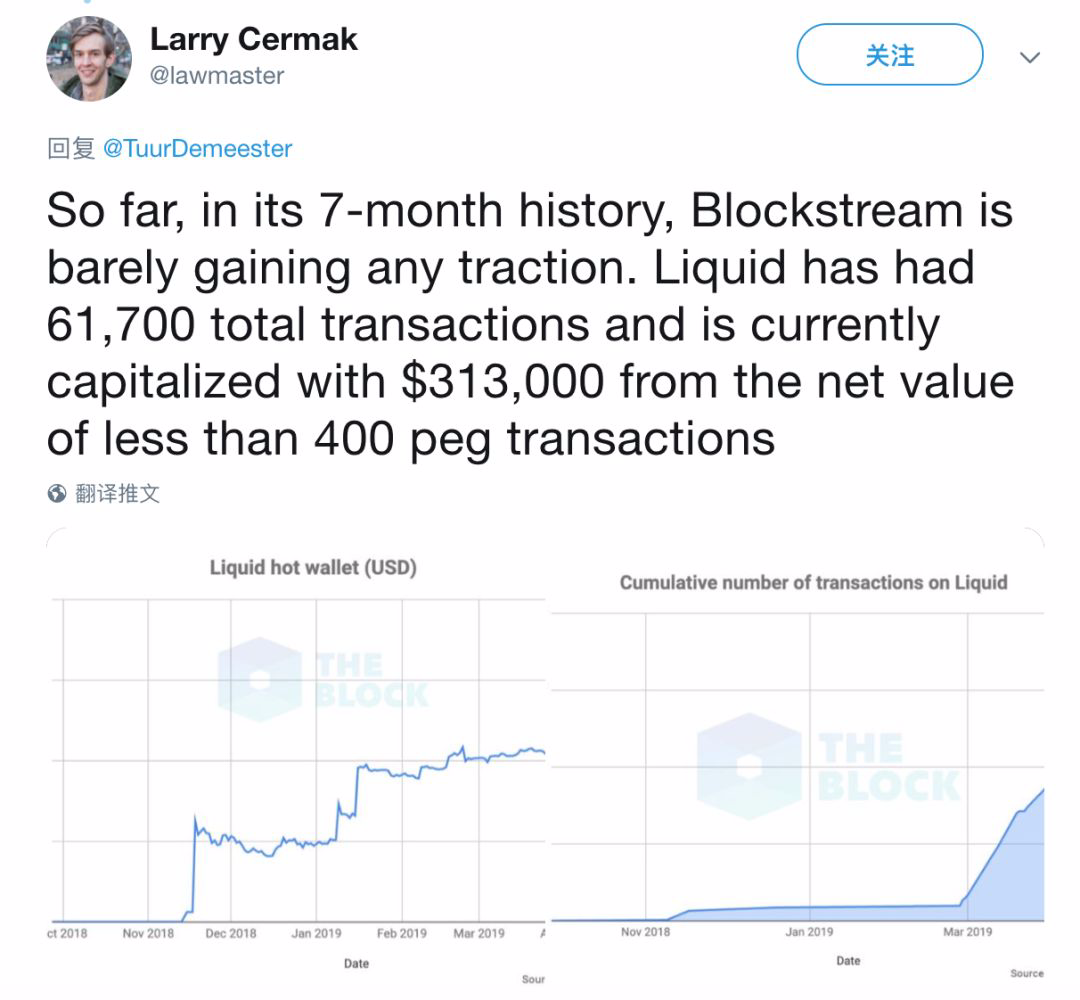 Later, Larry tweeted that he was blacked out by Blockstream because he posted enough data that Liquid did not do. In fact, these are public data. 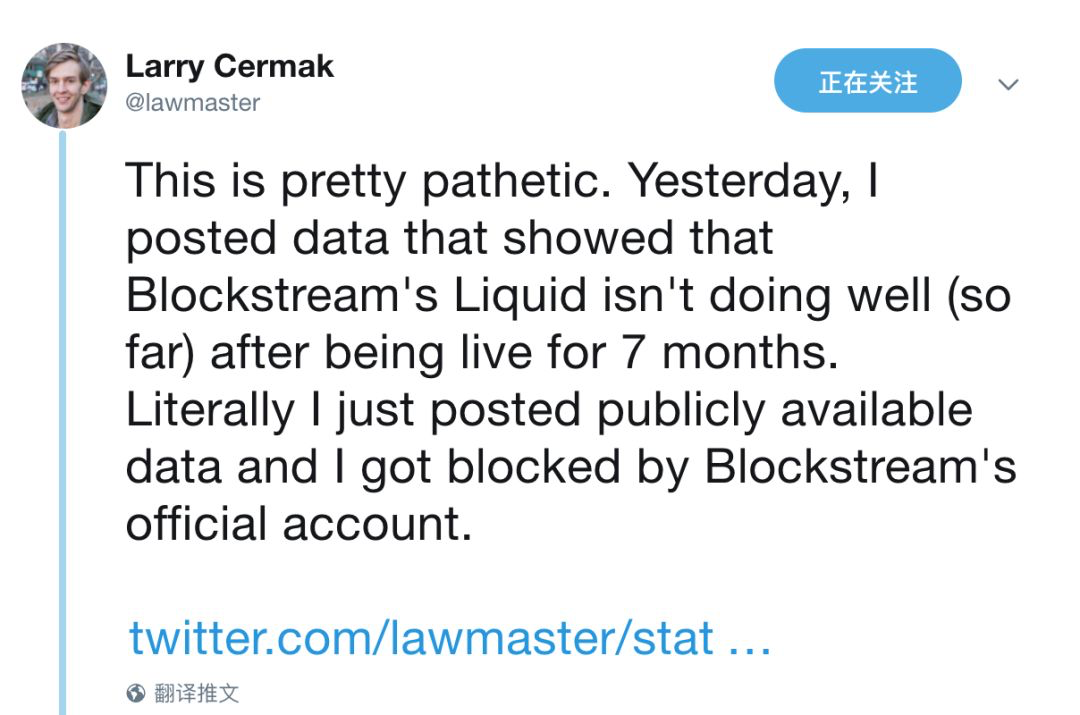 Joining the lively cobra, Cobra replied under Larry Twitter. "I was also blacked out and welcomed to the club. The Blockstream is very thin and very immature, even if it is annoying like Bitcoin and Coinbase. The company will not blacken others, Blockstram is vulnerable and sensitive.