Although the current call for decentralization is growing, the identity of some of the big players in the encryption field is still a centralized entity. This article introduces three more mainstream decentralized exchanges. 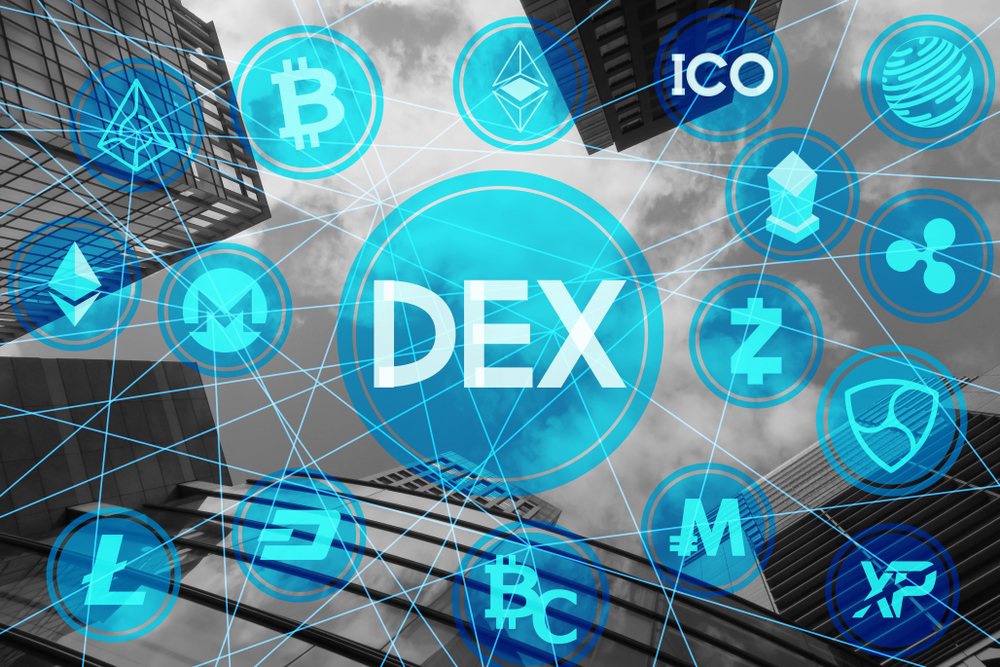 Although the current call for decentralization is growing, the identity of some of the big players in the encryption field is still a centralized entity.

The most typical representatives are the BNB and Tether (USDT), both of which are the top ten cryptocurrencies, and the two tokens that have only market value growth from 2018 to 2019.

Bancor is a self-regulating protocol whose smart tokens automatically maintain liquidity. Bancor has its own internal liquidity mechanism to ensure that any ERC20 tokens are exchanged with other tokens, with no market makers in between.

Without the participation of market makers, Bancor has further promoted decentralization. In this case, the whale can't manipulate the price to get the exchange's spread profit. Bancor's self-mediation benefits from an algorithm that self-adjusts the price and supply of coins. The algorithm is named after an economic theory put forward by John Maynard Keynes.

“The Bancor Agreement is to commemorate Keynesianism to introduce a supranational reserve currency to regulate the international monetary system.”

All ERC20 tokens can be purchased on Bancor regardless of whether the user agrees to sell the token. The token is interrelated with the reserve currency ETH of other currencies, and Bancor repeatedly issues and burns tokens, keeping the currency and supply up to date.

According to the Bancor white paper, the top 10% of cryptocurrencies account for 90% of the global market capitalization, accounting for 99% of global transactions. Make the tail of the encryption field "very low". Bancor's technical documentation:

“Bancor is in stark contrast to many other online ecosystems, where the relative proportion of tails is large, and this phenomenon is known as the long tail effect. For example, books that are small in ordinary bookstores, About 30%-40% of the books sold by Amazon."

As a result, the Bancor agreement accommodates small, low-flow ERC20 tokens. These tokens are freely traded on Bancor, but not necessarily integrated into the Bancor system. In this sense, Bancor has positioned itself in YouTube in the cryptocurrency world, allowing small tokens to be highly exposed without going public.

Some people may say that these "small tokens" in the bear market are not worth a trip. It's hard to argue about this, but it won't affect Bancor's real business.

Currently, the market value of the Bancor Network is ranked above the top 100, with a daily transaction volume of $1 million. At present, BNT has been listed on several exchanges. Since the beginning of 2019, BNT's average daily trading volume is about 3 million US dollars. In March of this year, as BNT rose more than 50% in just a few days, the volume of transactions soared to 31 million US dollars. From December 2018 to the second quarter of 2019, BNT's increase was about 73%.

Kyber Network (KNC) differs from Bancor in that, first, liquidity is provided by physical tokens from fund managers, whales, and token teams. Therefore, Kyber has market makers and is encouraged by spreads to provide liquidity to the network. Create a free market between reserve providers, resulting in the most attractive exchange rate. Kyber's supporters believe that such holders will hold KNC tokens for a long time.

Currently, the Kyber protocol has been applied to many applications, wallets and payment services, including Trust Wallet and MyEtherWallet, as shown below: 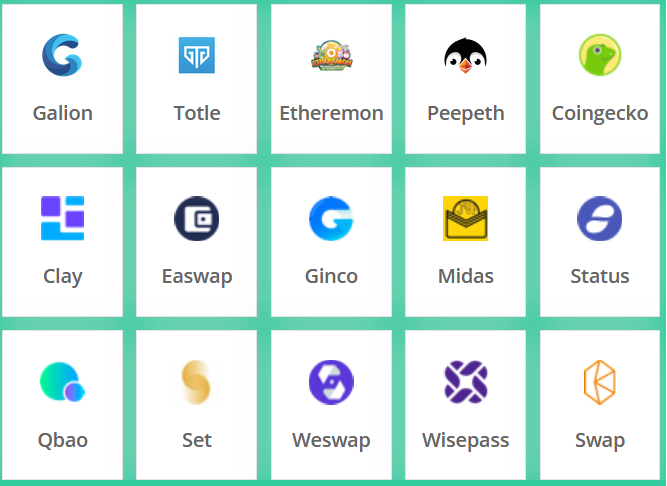 With the introduction of the Wrapped Bitcoin (WBTC) concept, Kyber also introduced a way to exchange bitcoin on Ethereum. Wrapped Bitcoin is a currency that is endorsed by Bitcoin based on Ethereum and can be used as ordinary bitcoin. Its documentation is interpreted as:

“Proof of reserves on the chain ensures that the excavated WBTC tokens maintain a 1:1 ratio with the custodian-stored bitcoin. When the holder converts the WBTC into bitcoin, these WBTCs will be destroyed. Track and verify the destruction and coining process in real time on the chain.

Thus, Bitcoin holders can also use the Dapp on Ethereum, where the user trades Bitcoin-linked assets (ie WBTC) from the Ethereum wallet.

Kyber developers responded to Reddit in 2018, saying that Kyber not only has to become a decentralized exchange:

“Kyber is a liquidity ecosystem where platforms, individuals, exchanges or dapps can access and immediately have liquidity. Unlike traditional dex. Since then, we have completely removed the DEX statement and will be This is emphasized in the article and in the media."

The Kyber team is a consultant by Vitalik Buterin. Kyber is actually a retail product, which is a performance of Kyber's farewell to the initial plan. For more details, check out the post on Reddit.

To further promote retail, Kybe's KYC registration is only for specific users, and KYC is not required for transactions between $3,000 and $15,000 per day. However, beyond this range, personal documents must be submitted. (Note: Kyber attaches trading restrictions to addresses instead of users. Different addresses have methods that bypass KYC restrictions.)

The difference between Ox (ZRX) and the first two DEXs is that it trades in a hybrid approach, completing matching under the chain, reducing the cost of transporting metadata across links, thereby reducing network costs.

Matchmaker maintains a chain of order orders, matches the chain transactions between buyers and sellers, and charges Maker fees. So some people think that 0X is not really decentralized, because the matchmaker is required to process the order. That is, ZRX holders can vote on network governance, so the perpetrator can also vote.

Below are a number of small decentralized exchanges that use the Ox protocol. Unlike the first two projects, Ox does not have its own DEX platform. But it has the infrastructure needed to exchange on Ethereum.

In addition to the identity of DEX?

Many people think that 0x is more like a platform than a decentralized exchange. Like other multifaceted projects, such as Komodo (KMD), it provides the tools needed for DEX and atomic exchange, as well as the classic function of blockchain.

0x plans to introduce blockchain forecasting markets, stable currencies and lending systems, which may result in competition with other platforms rather than simple DEX. In addition, due to Ox's chain-pairing process, ZRX tokens are limited in terms of handling fees, and the risk of holding ZRX may be greater than other tokens.

The concept of DEX is simple: a de-trusted, escrow-free cryptographic currency transfer and transaction.

Each of the above three projects has its own characteristics. Each cryptocurrency must be at least different from other projects, which may fill the future blockchain niche.

All 3 tokens can be traded on the currency or other big exchanges. Currently only 0x has not yet been listed on Coinbase, although Kyber announced in the December announcement that 0x will become an ERC20 token on Coinbase Pro.

The bet on the future of decentralized exchanges is a tough game, but we believe that at least one of the three projects will benefit from the large-scale adoption of DEX.

This article is for reference only and does not make investment advice. If reproduced, please indicate the source!

Mr. Newton: Treating the development of blockchain with layered thinking