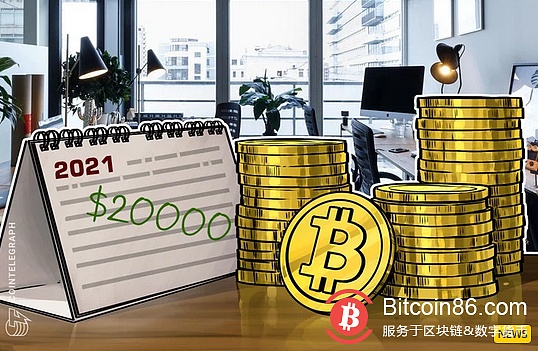 Financial analyst firm Canaccord Genuity predicted in an analysis released on May 9 that by 2021, the value of Bitcoin (BTC) would reach $20,000.

This forecast is based on the similarity of the four-digit price cycle of Bitcoin during the period 2011-2015 to 2015-2019, as shown in the following figure:

Bitcoin price cycle
Canaccord Genuity pointed out that the Bitcoin Mining Incentive Program may be one of the reasons for these four-year price cycles, as the incentives have been reduced by 50% for every 210,000 Bitcoin blocks so far, about every four years. once. However, the report also mentioned:

“As usual, we have made a clear warning about this observation – it's just pattern recognition, not a reliable basic analysis.”

Canaccord Genuity analyst Michael Graham commented on cryptocurrency prices in early 2018, saying that rising regulatory enforcement may have a major impact on the encryption market through misplacement (hence, crypto assets are difficult to accurately price).

Earlier this week, Galaxy Digital founder and CEO Michael Novogratz predicted that by the end of 2020, the price of Bitcoin would exceed $20,000. Novogratz did not provide a specific reason for his conviction, but he pointed out that Bitcoin is in a bull market and its price has risen more than other cryptocurrencies.

According to CoinMarketCap, Bitcoin was quoted at $6717 as of press time and rose 6.9% on the day.

4D dry goods | Why do we need Bitcoin?