On March 3 this year, EOS founder BM said in the telegraph group that "good things are coming soon", there will be major initiatives, and later said that specific news will be announced in June. One stone stirred up a thousand waves, and members of the group consulted “what is good thing”, but BM did not say which thing it was for. This is to whet the appetite of everyone, and everyone is very much looking forward to this June gift.

A few days ago, I also discussed with the Dao, why BM does not do DEFI, the market size of decentralized financial DEFI is so large, and now EOS has encountered the bottleneck of DAPP development, it is not reasonable to not insert a foot in DEFI. Dao said that due to the first-mover advantage of DEFI, the ecological development is very good. 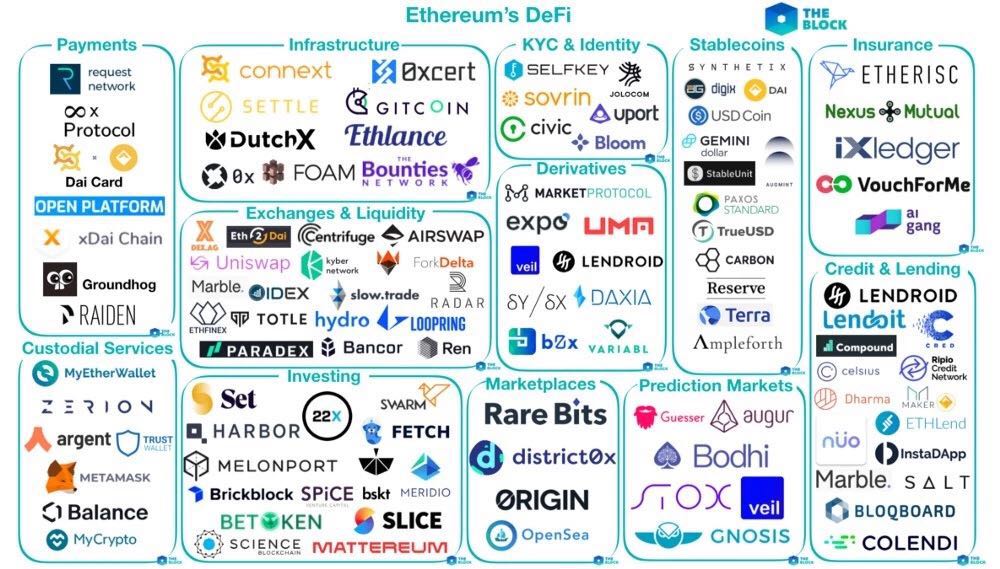 I agree with this point. At present, ETH has built a huge DEFI ecosystem. But to say that the first-mover advantage is huge, I don't think it is necessary. At present, DEFI development is still in its infancy, and the current ecological maturity does not constitute a huge threshold for limiting EOS entry.

Last night, BM made some comments on the future of DEFI on Twitter. This shows that in the DEFI field, EOS is coming.

“When talking about DeFi, ETH failed. Ask bitfinex, bancor, or any team that wants to implement a simple order book on ETH. EOSIO's design draws on the initial decentralization Lessons from the financial platform bitshares. Speed, low latency, ordered indexing, floating point and c++, these are only available on EOSIO. EOSIO has RAM, network bandwidth resource lease, bancor, token name bidding and several anchor token designs The market. The decentralized future is on EOSIO."

Prior to this, BM has entered the DEFI already has many signs. The stable currency on the chain is the basic facility of DEFI. Without the stable currency, DEFI has no way to talk about it. So when BM frequently talked about the construction of EOS stable currency in the telegraph group, I expected that DEFI might be the biggest possibility for major events in June.

On April 28th, BM published a new article in Medium to introduce its new token-hooking algorithm. The algorithm is dominated by the lack of liquidity in BitUSD and the use of over-collateralized positions and margin requirements for use in many other projects.

On April 29th, BM appeared in the telegraph group and explained several important points: 1. B1 did not develop stable currency, I just said my thoughts and wanted to benefit the community; 2. B1 will reveal the future development direction in June. MAS also needs some kind of stable accounting unit; 3. The stable currency cannot be dropped, and the user must obtain it through purchase. This is because the stable currency is a debt asset and he needs real assets as support.

From the conversation of BM, it is not difficult to draw several conclusions: First, EOS needs stable currency, stable currency is related to the future development direction; second, stable currency is a debt asset, which requires endorsement of value, that is, need to buy Or mortgage assets; third, the B1 project party will not make stable coins, but I will send out the algorithm ideas and be done by other teams in the community. Stabilizing coins need to compete, and B1 does not, can avoid forming a big situation.

Stabilizing coins is a key component of BM's DEFI program, and BM's emphasis is evident. EOS's DEFI road must start from here.

It is reported that in January of this year, B1 has registered the new MEOS trademark, and clearly wrote on the trademark registration: the social network of the blockchain.

So MEOS should be a large social network built on top of EOS, a large DAPP, social has always been the biggest demand. The positioning of MEOS should be the largest social DAPP. This DAPP may integrate social, wallet and decentralized exchanges, bringing these products together and developing into a large integrated platform to become STEEM2.0.

From the previous speeches of BM, it is not difficult to see that BM is dissatisfied with Steem's certificate model. He once said:

"The only identity is the change point that Steem abuses; Steem's "game" principle is unbalanced; I'm surprised that no one is going to challenge Steem; now I need to build something more powerful than Steem with EOSIO, so I can learn to promote EOSIO extensions. ""

“Steem assigns tokens through pledge voting. According to previous experience, large households will vote to increase their share (although “cakes” will become smaller, but their share will increase)”. (This is the larger the group mentioned in management, the smaller the overall.) Drawing on the experience of steem in the past, making a new social platform and becoming the killer application of DAPP, may it be a "good thing" in June?

From STEEM to MEOS, from BITCNY to the new stable currency, some friends joked that BM is not the old one, change the name, change the pattern. I can't refute it. It seems to be an upgraded version of the previous project, but the upgrade can be sublimated and become a more mature project, and we can only wait and see.

For the speculation of the June project, I think it should be DEFI+MEOS. Of course, there are many other speculations. I will list them all, so that everyone can have an intuitive feeling about the future development of EOS.

2. Accelerate large-scale application cases in real life, for example, may announce special cooperation with some large institutions or government agencies, and some new top talents join the team.

3. Major updates to the EOSIO 2.0 release, such as a more convenient user importing the underlying design system

8. Some guesses about the use of 10 million unlock tokens: for free account creation, voting, destruction, etc.

10. B1 may have new blockchain projects

Analysts: Five reasons will drive Bitcoin to a bull market in 2020