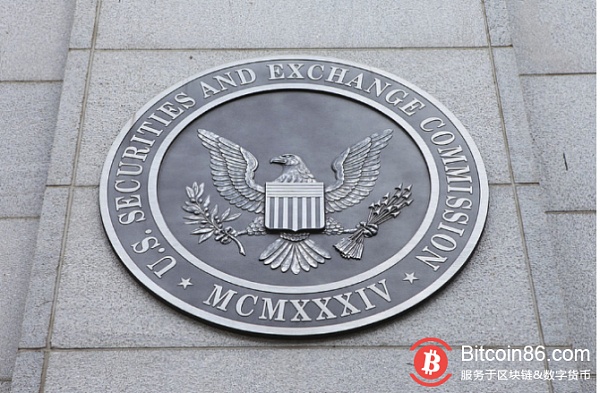 The encryption market has been hot in recent weeks. Some people say that they are rising too fast, and a large-scale correction is inevitable. Bitcoin's gains have been amazing since April 2019, but a decision this week may make it crash again.

The field of encryption began to express concern about the upcoming decision of the US Securities and Exchange Commission on VanEck Exchange-traded funds. Bitwise and VanEck's proposals were announced in the Federal Register on February 15 and 20, respectively. The regulator has 90 days to make a decision, and VanEck's application will expire on Tuesday, May 21.

There are three possible scenarios; first, EFT can be rejected, followed by approval, and third, most likely, there will be further delays. Alex Krüger, an economist and trader, points out that "rejection is a great opportunity to buy a drop." 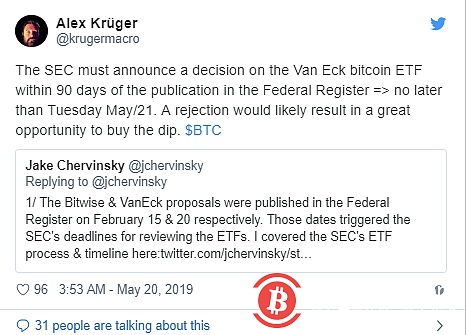 Bitcoin and encryption markets need to pull back, and the small decline that occurred last weekend did not last long. Bitcoin has risen back to $8,000 on Sunday. Crypto trader and investor Josh Rager is still full of confidence;

The expected result is a delay that may have a slight impact on the price (a slight pullback supports the buy). Even with delays, BTC may continue to push up to the new annual high in the coming weeks,"

In a previous tweet, he pointed out that the upcoming ETF decision will definitely have a serious impact on BTC prices, but has been adjusting since then.

The momentum of the Asian trading session began today, as BTC returned to the 2019 high of $8,250. It recovered completely from the two-day pullback, causing it to fall back to a low of $7,000 and seems ready to go further.

The daily volume has risen again, currently at about $24 billion, and Bitcoin is still above $8,000, up one or two percentage points that day.

Most of the major altcoins have increased in writing this article, with Dash having a 10% increase. The total market value is just under $250 billion, the highest level in nearly a decade.

A big downside, if it does come, will provide plenty of opportunities for investors to get on the bus. (chain to finance)

Interview with Babbitt | The first case of "The Balance Chain" was released, and the blockchain really landed in the judicial field.