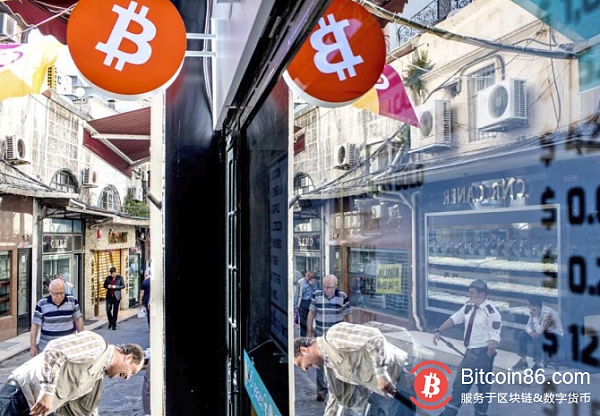 To contain the risk, the Central Bank of Myanmar CBM announced earlier this month that it does not recognize cryptocurrency as the official currency, and Myanmar financial institutions are not allowed to accept or promote transactions involving digital currencies.

The cryptocurrency valuation has been volatile since the beginning of trading in recent years. On April 1, the price of a bitcoin rose 18% to $4,900 in 24 hours, and the closing price for the month was $5,200. Many commentators believe that maintaining above $5,000 is important for forming the next bull market support.

On social media, CBM was shocked by the fact that online buyers used online payment methods to buy up the trend of Myanmar buyers and local trade ads became more frequent.

This is because cryptocurrencies are not as tangible as government-issued kyat, baht, yen or dollar. Unlike gold or silver, metals traditionally used to hedge inflation have no physical properties.

Bitcoin is one of the first cryptocurrencies to get traction. A few years after the currency invention, it triggered the first wave of investment boom in 2011.

At the end of 2017, the cryptocurrency market price rose sharply, and Bitcoin jumped to a record high of $19,500 in December of that year. Investing into the market, seeing the altcoin market mature, there are also a large number of scam investment plans and suspicious initial tokens.

U Aung Aung, IT manager of Yangon International, first considered buying cryptocurrency in 2017 after talking with foreign colleagues. He has an account with Skybit, which is currently the only local “blockchain service platform” in Myanmar.

“After talking at work, I bought a bitcoin worth $20,” U Aung Aung said. Global connectivity and immediacy are attractive for early adopters such as U Aung Aung, especially considering the country's restrictions on the banking industry.

Although an experienced IT professional, U Aung Aung admitted that it is difficult to find reliable information about Bitcoin in Burmese. “There are a few Facebook groups and Skybit, that's it,” he said.

Skybit claims to be “the only platform that links Myanmar to global e-commerce and aid. Other e-commerce sites serving Myanmar are only used for trade within Myanmar or for business-to-business transactions.”

With the recent announcement by CBM, it is difficult to know the future of Myanmar in terms of cryptocurrency and investment.

Myanmar has not yet reached this level. Prior to this, some industry observers believe that the support of cryptocurrency will continue. "According to the law, CBM does not ban the use of cryptocurrencies. It has just issued an announcement.

Because there is no official law, it cannot be said that digital currency transactions are illegal," said U Nyein Chan Soe Win, Financial Technology Specialist and CEO of Get Jin.

He believes that "the impact of its local currency and compatibility with existing policies should be analyzed and discussed before the encryption is illegal."

At the same time, education around security, security, convenience and functionality around encryption can help the sector grow. For example, Manchester City University recently announced in the Myanmar Times that it will launch its award-winning FinTech course in Yangon, attracting the brightest talent in finance and technology.

As central banks and regulators around the world begin to study new encryption models, it is difficult to know which path Myanmar chooses to follow: a stricter regulatory regime, like China, or a more open regulatory regime like Singapore and Japan. (chain to finance)

The hosting company GeeksHosted now accepts cryptocurrencies such as Bitcoin