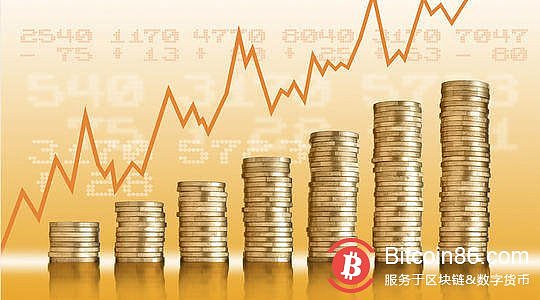 In the past one and a half months, bitcoin prices have soared from $4,100 to $8,300, and the rate has easily doubled. This familiarity has spurred many buyers to participate because bitcoin prices were in 2017 before the previous round of plunge. It has risen 20 times in the year, and many investors are looking forward to returning to the crazy state of 2017.

But in the last two days, Bitcoin prices began to show a significant decline. In less than two trading days, the price fell from $8,300 to $7,000, a drop of more than 16%. Some leveraged trading platforms have fallen more than 20%, hitting $6,500.

Investors began to panic and feared the collapse. The market began to look back on the previous plunge in bitcoin prices, trying to find some rules, and short sellers also tried to exacerbate the panic of the decline.

Regarding these four declines, I had the following answer when I was interviewed by the media:

In 2011, there were almost no decent exchanges in the world. Participants were mainly geeks and a few adventurers. Bitcoin was concentrated in very small people, and the market was almost non-sustainable, as long as a small number of holders were slightly Doing a little sell-off, the price is facing a collapse.

In 2013, various exchanges around the world began to be established. The three major exchanges in China appeared in that year. The market entered a very crazy stage, but most of the entrants did not know what Bitcoin was, short-term price increases. Too fast, it has brought a very rich return to many investors. This investment target, which has doubled its momentum, is extremely rare in other investment fields, so the shock of the income has caused many investors to quickly realize the price collapse in the middle of the year.

However, due to the centralized trading venues, investors quickly made a comeback. In the second half of 2013, prices began to soar again. By the end of 2013, the United States and China had successively introduced regulatory policies, which prevented the direct purchase of legal currency, and the market collapsed again. .

This round of plunging began at the end of 2017, which has a lot to do with the listing of Bitcoin futures in CME Group. The listing of futures shows that Bitcoin has entered the legal capital trading market, and on the other hand, more funds have begun. With the opportunity to short and influence prices, the biggest positive news after the listing, the bitcoin price reached an all-time high and began to fall rapidly.

At present, the current price decline has not seen a staged correction, or the trend has turned down, because the main body holding Bitcoin is undergoing important changes. For a long time, the Bitcoin circle was a geek and a group of adventurers, as well as ordinary retail investors who have entered the dream of a rich night in recent years. Now, many high-net-worth individuals have gradually stepped in, but the structure of investors Changes, not in the short term, require repeated price fluctuations to stimulate the sell-off of existing users and the involvement of new users.

For the rich, what they want is hedging and hedging. This market starts with fluctuations in currency exchange rates in emerging countries, as well as fluctuations in asset prices such as the stock market, and may also end in high-net-worth crowds that are highly volatile in the bitcoin market. Worried, so choose to leave temporarily.

Bitcoin is very interesting. You go to see a lot of wonderful investment targets, including many scams. Once you are debunked, you are basically facing the risk of disappearing. Even the chance of price collapse may be once, and then you will never get up again. Or it completely disappeared. But Bitcoin is like Xiaoqiang who can't die. It seems to be more and more frustrating.

From another perspective, if there is no such frequent skyrocketing, it may not be able to influence some investors who never pay attention to Bitcoin. There are too many investment varieties in the world that can achieve an annual return of 5%. Even 20% annual returns are not uncommon, but varieties with multiple growth and more than 80% decline may be very rare. So if we don't discuss the price trend for the time being, the price can continue to maintain this extremely unstable state, which is actually a kind of communication power.

If you think of Bitcoin as a person, the limit of body temperature and heartbeat seems to be many times that of ordinary people, but his life does not show signs of exhaustion after several strong stimuli, and it seems that the more The more energetic you are, the more you have to study it. Is this person a new species and needs to redefine its vital signs. What we need to know is, what is the value of this new species? Or what value does it have for humans? 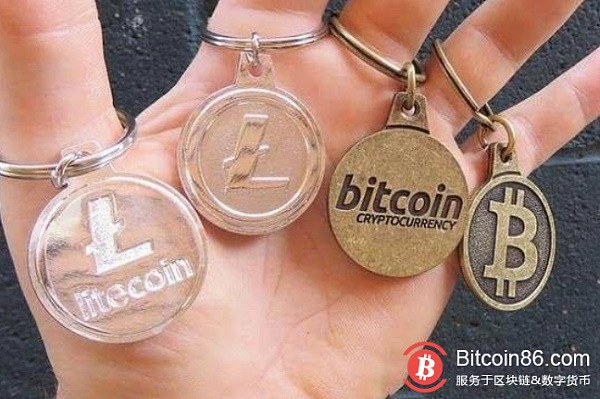 In order to discuss Bitcoin prices more clearly, we have to look at the entire key financial data of the Bitcoin market.

Since Bitcoin is decentralized, the entire system does not have a clear controller or legal beneficiary, and it is difficult for us to know how to calculate the profit it brings. But from another perspective can be studied.

At present, the system that maintains the normal operation of the Bitcoin network has a daily fee income of more than 500 million US dollars, because the daily transaction volume exceeds 25 billion US dollars. If this amount is calculated, the annual revenue is at least 180 billion US dollars. Then let's take a look at China Merchants Bank, whose operating income is $35 billion.

In fact, even when the price plunged, Bitcoin still has a lot of business, because it stipulates the rate at which it handles the transaction, and now there are tens of thousands of transactions queued every moment. In other words, if you compare the Bitcoin network to a broker who makes money by trading, the popularity of the business is beyond your imagination.

Many people think that the fee income is floating because the currency price is fluctuating, but even if Bitcoin returns to around $3,000 again, the daily transaction amount will be reduced to 15 billion US dollars, and the annual "operating income" can exceed 20 billion US dollars. .

Let's take another look at another data. Currently, there are more than 730,000 Bitcoin addresses, and it can be said that there are 730,000 accounts with a market capitalization of 50,000 or more. Do you know how many shareholder accounts of ICBC, the first bank in China's universe? 690,000, less than 700,000. But ICBC's market capitalization is more than twice that of Bitcoin. In fact, the total number of currency held by Bitcoin currently exceeds 23 million, and the weekly active address is about 5 million.

If there is a system, 5 million active users per week, the daily carrying transaction amount is 20 billion US dollars, the cash flow of handling fee is 500 million US dollars per day, and there is no need to worry about the problem that the handling fee will be broken, because they are all lined up for trading. Everyone can calculate how much such a system can be worth.

Many people may say that the daily fee income of 500 million US dollars is actually the incentive and operating cost of miners, not the profit. In fact, this is similar to the problem of cash flow in the commercial field. One company, called Amazon, has lost money for 20 years, but its market value has soared to $1 trillion. Amazon’s current annual turnover is only $230 billion. In fact, if it exceeds 500 million daily fee income. Count, the annual turnover of the Bitcoin network is similar to that of Amazon.

Most of the future business is decentralized and multi-centered. From the enterprise level, more commercial valuations are mainly based on “cash flow” rather than “margin rate” because the problem of profit margin is normal. Enterprises with problems with cash flow can basically declare bankruptcy.

First of all, Bitcoin does not have enough practical scenarios, and eventually it has to be converted into other sovereign currencies in order to be free to consume. This leads to the rapid attraction of funds when the expected price rises, and when the price is expected to fall, A quick run will result in a run, and prices will fall sharply without a final responsible party. So overall, as long as you use this network, you must bear the risk of price volatility. Will this situation improve? Of course, but it may be difficult in the short term, because like gold, decentralized financial assets with a market value of more than 8 trillion US dollars will have large fluctuations in price. Many people think that as the market value of Bitcoin continues to expand, prices will become stable, and this idea may not be correct.

Secondly, it is difficult for sovereign states to allow Bitcoin to become a financial instrument that can be exchanged with the legal currency at any time in the mainstream financial system. Therefore, bitcoin can only exist in privately-listed exchanges for a long time, but the price of the exchange can be The risk of man-made manipulation is that when traditional funds have more opportunities and channels to participate in bitcoin transactions in the future, the probability of price manipulation will increase rather than decrease.

Third, there are countless potential competitors in Bitcoin. For example, the current Ethereum, which ranks second, has more functions than Bitcoin. The daily system fee income has already exceeded $10 million, and the attraction is increasing. Traditional financial institutions are also launching various forms of stable currency systems, which will replace some of Bitcoin's cross-border transfer functions and needs.

In summary, the market value of Bitcoin's $100 billion is supported by data. It is not out of thin air. The violent fluctuation of bitcoin price is precisely the logic of its survival, not the defect of failure. Therefore, the resurgence of Bitcoin after repeated crashes is actually a concrete manifestation of human greed and fear. To eliminate the skyrocketing and plunging of Bitcoin, it is actually to eliminate humanity. I think the difficulty is still quite large. 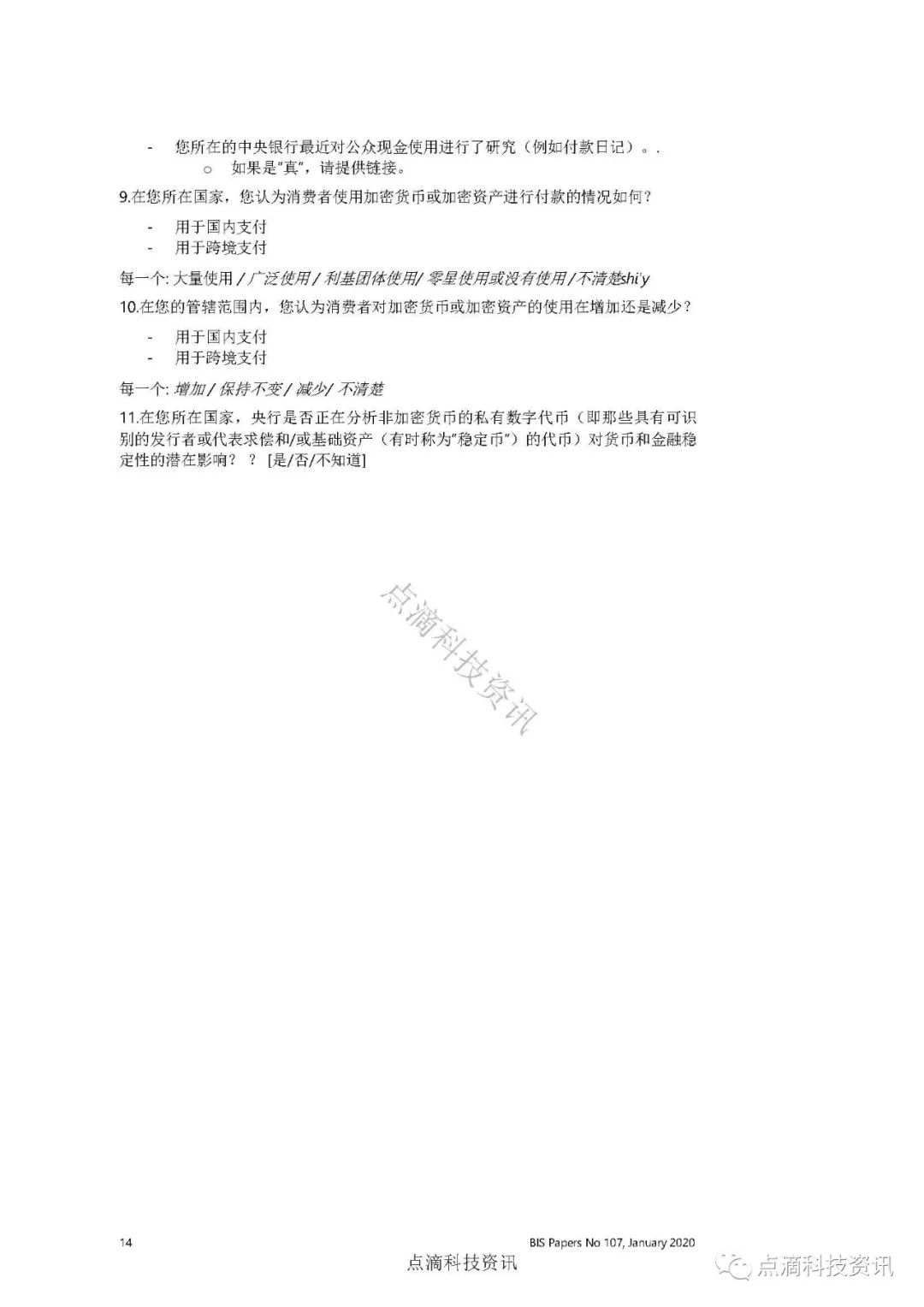