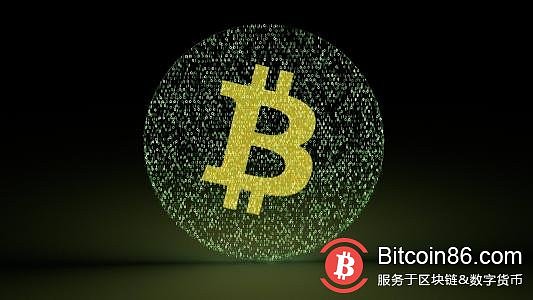 As a gathering place in many industries, the financial industry has been receiving a lot of recent news, especially the fact that the head of the former Securities and Futures Commission has been dismissed. It has attracted the attention of all parties. As soon as the news came out, the reaction of all parties was very Surprisingly: the clap of the stocks is fast, and the applause is good; the stocks that don’t speculate are horrified: “So many years have passed, the stock market is still so dark?” And the speculation of the speculative currency: “Look, there is a regulated financial market. In this way, it is still good for the currency. Bitcoin is purely decentralized, and there is no banker to say it."

But is there really no bookmaker for Bitcoin? Is it really a utopian place in the imagination of investors?

It should be said that for the word "banker", people are already familiar with it and can no longer be familiar with it. In various communities, we can hear the slogan "Black House gets up and pulls". However, like many concepts that people seem to understand and understand, most of the friends can't say what the dealer is. In the eyes of retail investors, those funds that can affect the rise and fall of the currency price seem to be called "bankers", but who is the banker? Where are they hidden?

In today's article, the author will briefly introduce three types of digital money industry, bookmakers, and some typical project cases.

As the name implies, the so-called “sole” refers to a large household holding a project to complete the entire process of sucking, pulling up and shipping a certain token. In the Zhuangzhuang mode, the fluctuation of the currency price depends almost entirely on the will of the dealer, and it is easy to cause huge damage to the investors. It is the key target of the financial supervision department. Therefore, “Zhuangzhuang” generally only appears in certain In the case of financial markets that have just started and lack of supervision, such as the “Lvliang Fleet” and “Delong”, which are active in A-shares in the 1990s, the related stories are very similar to today's currency.

Later, with the strengthening of supervision, the phenomenon of “sole” has basically disappeared in mature markets such as stocks, but in today's grassy market, the currency market is still the mainstream. In fact, most of the altcoins that everyone can currently see. Projects, especially new ones, are actually “single villages”. This is also the key reason why they often shrink in a short period of time, because for a banker with a lot of chips, they will not easily get caught before reaching the target point. And the remaining small part of the altcoin is what the author will introduce next-

Undoubtedly, for the dealer, the "Zhuangzhuang mode" is the most ideal control situation. How many points to pull/when you want to pull/snap, there is no need to worry about someone in the middle. However, this model does not work on mainstream currencies. On the one hand, due to the long time of development of mainstream coins, a considerable part of the chips are circulating in the market; on the other hand, after the last round of bull market, many mainstream currencies The market value plate is already very large, and a single bookmaker does not have enough strength to control most of the chips to monopolize the position of the project maker. As a result, they can only retreat to the next level, and several dealers join hands to sit.

The so-called banker's paradise is often the hell of retail investors, and vice versa. Compared with the aristocratic currency that is prevalent in the “Zhuangzhuang model”, the mainstream currency of the “mixed mode” is relatively safer for investors. The reason is very simple: unlike the "solo", the behavior of "mixing the village" is not uniform. There are often some dealers who want to pull up, while others want to take the opportunity to make a plate; or some want to suck There are conflicts in the market, but there is often an unwritten consensus in the market, that is, "the altcoin may return to zero, but the mainstream currency will not."

The principle behind this sentence is the inconsistency of the behavior of the bookmakers in the "mixed mode". Those hills with high control of the plate, the project side may run away from zero, but in the "coin mode", even if there are some The dealer wants to ship the road, and there are often other dealers who take the opportunity to cut the bottom. In this way, the asset price is raised. This is why the overall decline of the mainstream currency in the bear market is lower than that of the altcoin. The main reason.

Strictly speaking, institutional Zhuang can be regarded as a kind of mixed village, but unlike the current private or informal institutions, the institutional director refers to all or part of the major investors of a project belong to relatively formal financial institutions. For example, some public and private funds with endorsement of relevant licenses. The emergence of institutional villages indicates that the market in which a certain financial target is located has developed to a more mature stage. Since the market value of the project at this time is already very large, individuals and informal institutions cannot have a large proportion of assets because of their limited financial resources. Therefore, the position of the dealer can only be completed by investment institutions that can raise funds publicly or privately.

And this is the answer to the question we mentioned at the beginning of the article: Is there a bookmaker in Bitcoin? Of course there are. Or, as long as it is a financial market, there are actually bookmakers. And its banker component is the "institutional village" mentioned above. However, the currency circle currently meets the characteristics of “institutional Zhuang”. In fact, there is only bitcoin, and at best it can only be said that there are some institutions. This situation is mainly due to the fact that some financial institutions in the United States have opened bitcoin to institutions. Investment portals, such as the Chitney Exchange and Nasdaq Bitcoin futures, etc., now the popular Bitcoin ETF, will also be an important investment channel for Bitcoin, if the project can be approved, then the bit In the future, the color of the “institutional village” will be more intense, and its price, and even the price of the entire digital currency market, will become more stable.

To some extent, the current state of Bitcoin is actually the future of various altcoins. At the beginning of the project, most of the chips were controlled by the project side or those who entered the mine earlier. The tokens at this time are closer to the one-of-a-kind model, if the project can survive the initial development period. The market value will be bigger and the chips will flow into the market. At this time, the project will enter the mixed state. If the tokens are fortunate enough to be recognized by the financial institutions, then the formal institutions will enter the market, and the whole project will usher in a more mature institutional model, from stocks to tokens. This is the vast majority of finance. The only way to invest in the subject is difficult to bypass.

However, it should be pointed out that although we can now clearly see the bitcoin address distribution from the blockchain network, we cannot use this as a basis to judge the concentration of digital currency. The reason is simple: asset ranking The first few addresses are often the centralized exchange's wallet. There may be many stakeholders' assets in the same address. Conversely, for a large investment, it is unlikely that all the eggs will be placed. In a basket, all of their assets are injected into the same exchange wallet, but they are distributed. Therefore, the concentration of the wallet address often cannot indicate the size of the banker of a digital currency. It is necessary to pay attention to it. (Babbit)