Abstract: In the world of the mainland plate, the blockchain technology that Nakamoto has left to the world after the currency is issued, such as Hong Zhong Jiuding, has always been a symbol of future stability, technological prosperity and era change.

The heat is coming, the earth is an anvil, and all beings are fish. 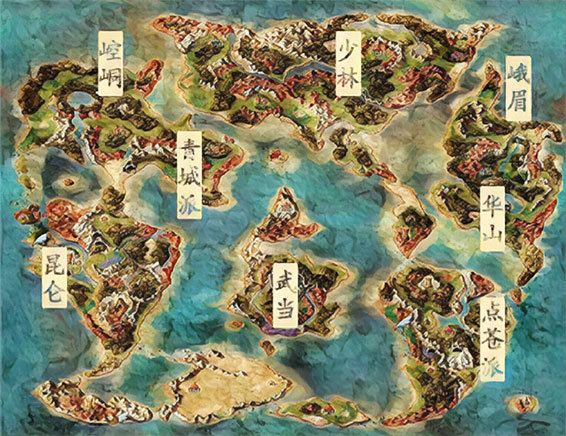 The world is in a hurry. People's livelihood is getting better, technology is booming, and business travel is gathering. However, behind the prosperous and stable, the tyrants began to break out, break the alliance and retreat, stir up the Middle East war and turmoil, disturb the prosperity of the East, and the height of the sky is one foot, the earth is thick, and the world is falling apart.

The blockchain is changing, the rivers and lakes are tumbling, and the world is aware of the tremendous value and potential of its technology. Large enterprises, cross-border entrepreneurs, entrepreneurs, speculators, and philosophers of philosophies have emerged rapidly.

In the world of the mainland plate, the blockchain technology that Nakamoto has left to the world after the currency is issued, such as Hong Zhong Jiuding, has always been a symbol of future stability, technological prosperity and change of the times. More and more people pay attention to, research, and devote themselves to the blockchain world, promote the sustainable development of their infrastructure, create more applications that connect the real world, and constantly open up new boundaries. The direction of research and development is different, and the sects are already standing.

The world's martial arts out of Shaolin, the world's Buddhist doors are all roads. Nakamoto's bitcoin invention is like a crossover of the Dharma ancestors, which has evolved into Shaolin's seventy-two stunts. The original English version of the Bitcoin white paper does not actually have the word blockchain (blockchain), but the chain of blocks used. In the early Chinese translation of the Bitcoin white paper, the chain of blocks was translated into a blockchain. This faction is a loyal bitcoin advocate and a true Buddha holder. They will think that the blockchain is just an accidental achievement of Bitcoin. Bitcoin should be held for a long time like gold. Bitcoin is an intermediate currency against global inflation and against devaluation. They would envision a fixed-supply and naturally deflated digital currency with no value store that can be transferred, stopped, spammed, or impaired. This faction has more idealists and high points to buy the pseudo-Buddha who are forced to coin.

Warrior, stop Ge also; when, dare also. If you have never had the courage to fight, how can you put down your weapons? The brave man is fearless, the benevolent is invincible, and he acts decisively and dares to be dare. Large and well-established companies are sincere practitioners of blockchain technology, from IBM to Amazon, from Morgan Bank to Shell Oil, from Daimler to AXA Insurance, IT giants and traditional giants continue to extend blockchain technology Application boundaries within the enterprise, supply chain processes, partnerships. They use blockchain's distributed ledger technology to provide transparent, non-changeable features to store and share data, and to enhance the trust between humans and partners in the process. This gang will think that the blockchain is mainly a technological innovation rather than a breakthrough in philosophical thinking.

The swordsmanship is dangerous and the show is so high that the sword is far-reaching, and it is a perfect match. The ultimate in swordsmanship is pragmatism, and pragmatists emphasize the original intention of cryptocurrency—payment, and are eager to eliminate the inefficiencies and middleman spreads of centralized legal payment systems. Aversion to cross-border payments similar to Paypal's 2.5% currency exchange fee, Western Union's remittance fee for Western Union. They will be more pragmatic in emphasizing that cryptocurrencies can replace credit cards and cash, as well as third-party mobile payments, they will support small payments and stable coins, and care about whether they can buy computer phones, cars, real estate, and coffee. The Huashan School clearly has the distinction between Jianzong and Qizong. The swordsman pays attention to the ultimate experience of cryptocurrency payment, and pursues the unique tricks of the sword. The Qi Zong people are more eager to temper themselves, the Tao is natural, and the trend is smooth.

One tree has five flowers and five flowers and eight leaves. It is said that the martial arts of the Emei martial arts are magical and changeable. The blockchain startups have come from the bull market, and also from the bear market, the business scope of all aspects of human life. There is a vote, Sweden is testing the voting of stock issuance; there is notarized anti-counterfeiting, Beijing CITIC Notary Office has issued the first blockchain notary; with copyright protection, CCTV is carrying out copyright protection through blockchain technology, enhancing copyright protection Strength; With distributed storage, BiFi Pro released version 1.22 of the client that solves data persistence, and loaded the functions of incentive contribution and sharing benefits; cross-border payment, traceable anti-counterfeiting, smart insurance, and mutual medical recognition There are content incentives, Internet of Things, and more are lottery watermarks and quiz predictions. There are big directions, and there are some very innovative and fine directions. The Emei pie of the blockchain has the agility of being as quiet as a move, having the impulse to decentralize the centralized industry, and also the opportunity to break through the coercion of large enterprises. They insist that the blockchain will change the world and will build a better life. It’s the hard work of entrepreneurs, and the sword is like chasing souls. It’s the dream of entrepreneurs.

The martial arts martial arts method is arrogant, and the knives and swords are cold and the swordsmen are all practicing, and one thing can hurt people, and the different kinds of play, secret and unpredictable. They are password punks, emphasizing the individual spirit in the computer space, using a strong encryption (ciphertext) browser to protect personal privacy. They oppose the cryptosystem of any government rule, they may allow criminals and terrorists to develop and use strong encryption systems, but accept the risk of personal privacy. Among them, some people set up a trading platform similar to the Silk Road in the dark network, Infraud trading forum, abusing digital cryptocurrency and anonymously trading all kinds of things, advocating the Token faith, and don't care about its practicability and intrinsic value. Their The route has come out of a lot of practices, such as issuing currency, such as the liquidity premium obtained by the exchange. However, it is easy to create confrontation with the current system and the law, and it is often a matter of thought.

巍巍 Kunlun Mountain, long Yu Hong Palace, poetry dinosaur chess, wind and snow. Through the astronomical Xiao Ge geography, Qimen 遁 琴 棋 棋 书 书 无 无 无 无 无 无 无 无 无 无 无 无 无. The Kunlun School of the blockchain is more like a fusion of mixed reality technologies. In fact, this is not difficult to understand. The blockchain itself does not use any new technology. Distributed ledger technology has been around for a long time. P2p has been widely used in the eDonkey era, encryption algorithms, hash values, and not new technologies. The innovation of the blockchain is that old technologies are assembled with new models. The Kunlun School believes that blockchain and artificial intelligence, cloud computing, big data, Internet of Things and even 5G bandwidth can stack more new products. After a long period of precipitation, all kinds of technologies allow us to go online anytime, anywhere, help us to do some data decision analysis, and even help us to carry out some intelligent thinking in the future, between people and things, things and things, between people. Interoperability and mutual trust will make intelligence happen better. Kunlun Lingyun, the best in the world, so you can see the world.

Very few walks in the rivers and lakes, located in a remote place, the mountains are beautiful, the seasons are like spring, and the gentlemen are warm and jade. Point Cang is a natural follower of a group of blockchains – code farmers. Blockchain programmers can go deeper into the code layer to understand the principle than ordinary people. They will find that blockchain technology is really a genius idea, and solve the various problems that programmers have encountered in the most simple and rude way. Programmers will see the value of blockchain technology, be clear about the prospects of Bitcoin, and become followers and evangelists in blockchains. Programmers artistically create life. Rivers and lakes often don't see them. Whether it's a press conference or marketing communication, they always have their legends, just because they are creating this river.

The sword is shocking, and its tricks are back to the truth. The martial arts people seem to have no shortage of money, but the Qingcheng faction is often more enriched. Making a fortune is the original intention of most people who know the blockchain, but the era of lying and making money has passed, and the era of lying and making money has not yet come. Traditional well-known companies such as Facebook, Telegram, JP Morgan, and Fidelity are about to embark on the road of issuing money. How to become the first investor, how to become an early investor, is a consideration for the Qingcheng School. Back to the basics of earning money is to take advantage of the trend, in May, Bitcoin doubled the gains, so that the platform coins also follow the trend, buy and sell the platform currency of the head exchange, study the cryptocurrency of the market value head, and then change the currency, use time to change space. 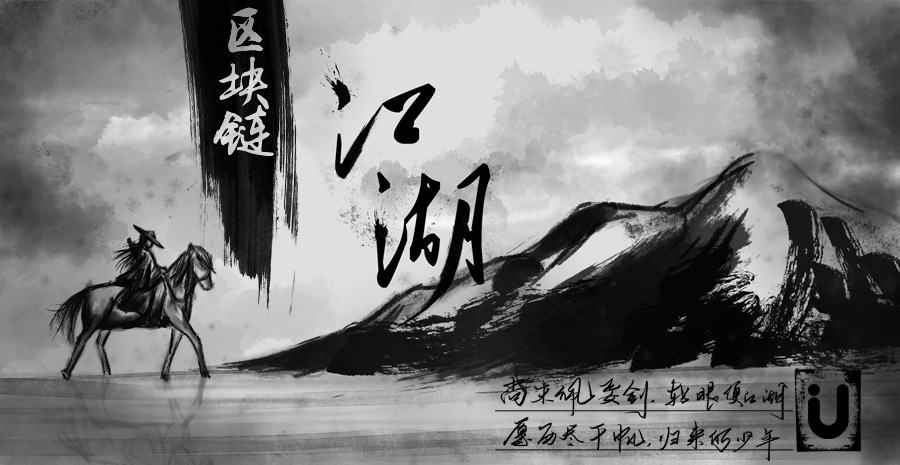 The word "Jianghu" is more philosophical, derived from "Zhuangzi". The rivers and lakes have the righteous and evil spirits, and there are interests and hatreds. The blockchain has also passed the stage of hot speculation, entering the historical ambiguity period. The individuals and organizations in this industry are not above. The sect can be comprehensive or tagged. How the rivers and lakes of the blockchain will evolve in the future, how the blockchain technology truly integrates with other disciplines and industries, I am not really clear about it now. I can only try my best to prevent myself from being ignorant and prejudiced. I thought that this is the whole river and lake.

Author's Note: The above is only my own proverb, I want to write which, no logic, Figure one music, please do not sit in the right.

Zhongying Internet publicly claimed that it is preparing for the first of the A-share listed companies in the digital currency trading platform.