The funds flowed through cryptocurrency exchanges such as Bitfinex, Binance, Huobi, and Coinbase, and triggered a series of serious problems involving anti-money laundering laws. 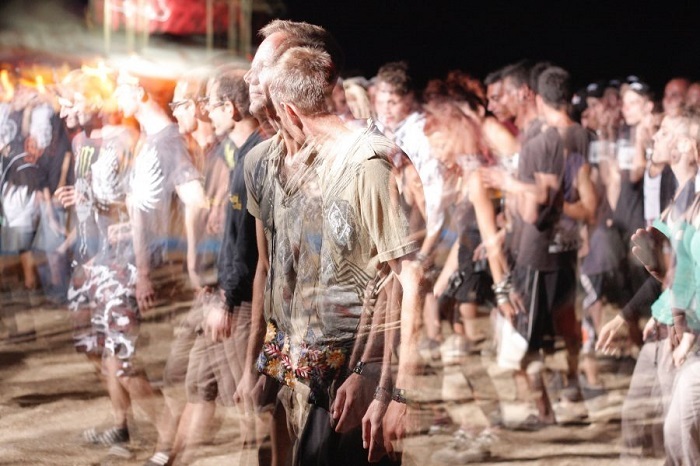 On May 19, 2019, @Whale_Alert posted a message on Twitter claiming that a 2000 BTC transaction occurred between the cryptocurrency exchange Bitfinex and an unknown wallet, after which the transaction was conducted by a Twitter user. An in-depth analysis confirms that the deal is related to wash trading, Mixing (mixed with legitimate transactions), and money laundering. Moreover, the funds flowed through a number of cryptocurrency exchanges such as Bitfinex, Binance, Huobi, and Coinbase, which also triggered a series of serious problems involving anti-money laundering laws.

Planetary Daily (WeChat: o-daily) Note: Mixing is an important way to keep anonymization in the digital currency. As long as the process is not recorded in any form; at the same time, some technical means are adopted to prevent people from judging the possible entry and exit relationship through the transfer amount, and the outside world cannot associate the issuer and the receiver of the bitcoin.

This marked 2000 BTC transaction was sent from the address: 1HL5rZWw5rGzFAB1mThEMxwazEBtWigs7B to two different addresses (see figure below).

“When we say Bitfinex deposit address, it actually means that the address belongs to the customer of the exchange. The attached picture on this tweet shows the information about where the money came from. In addition, I am using the Crystal Blockchain resource manager to track These deals."

The user marks the address information of a large amount of funds sent in these transaction clusters, as shown in the following figure:

As shown above, entity 145631092, whose funds were issued by the Huobi Exchange and ended on July 21, 2017. Another wallet "17hf5H8D6Yc4B7zHEg3orAtKn7Jhme7Adx" is associated with some of Huobi's transactions, one of which is very interesting because the op_code of the deal is "People! help!" (People! help!), the deal is A transfer of funds occurred on March 30, 2019 (see figure below).

The wallet address "19V5joogtZCCj3YWcP9pNT8eKLSZybc1Kq" is only a must-have transaction. When checking the transaction before this address, a transaction with the hash "bee4795db198230d6baad2e9dbba42b597c635b2471101641cce99e1ff0e91e4" is very interesting because the transaction is related to the dark trading platform according to @Proofofresearch. (As shown below).

In addition, an address that the funds were sent to the above wallet "3M1QVCjXn38AUdUxbLCH4WUZc1ai72ZKgr" also has a deep connection with the dark web trading platform such as Hydra Market (as shown below).

According to @Proofofresearch on Twitter, the source of these funds is once again directly linked to the Hydra Market. He said:

"There is no op_return data for this address, but I can see where the money comes from. So I am now going to trace the source of the money. I found a very interesting cluster that you can find on the walletexplorer website. All transactions related to this address. Once again, these transactions have a strong connection with the darknet Hydra."

@Proofofresearch further claims that the relevant addresses in these exchange clusters are basically related to fraud, and some users in exchanges such as Coinbase/Huobi/Bittrex/Binance will sell their own accounts, and the operators behind the transaction addresses will use These accounts. Currently, @Proofofresearch has urged the various exchange compliance teams involved to close these flagged accounts.

@Proofofresearch added that all the funds associated with the Darknet were later deposited on the Huobi exchange, and these transactions have now been mixed with other transactions by Huobi.

“At this stage, there are no customers involved in these transactions. Obviously, these addresses cannot be used as customer deposit addresses. This is a guarantee. The funds are transferred to Binance/OKex/Poloniex/BTCBox.com… OKex is these The Huobi-controlled address sends the recipient with the most funds. It should be noted that these are not deposit addresses, which are the addresses Huobi uses for Mixing funds and for some reason to send them to other exchanges."

There is also a special address associated with the Bitfinex exchange, which is "1LSgEKji3ZoGdvzBgkcJMej74iBd38fySb" and has received 1 million bitcoins. @Proofofresearch says:

“As mentioned above, Binance/Coinbase/Bitfinex/Huobi/Bittrex/Coinbase/”Bitbank”/Bithumb/OKex are each a 'good friend' in this money laundering process, they mix, bleach funds, and symbiotic The way it works."

Currently, blockchain media Ambcrypto has contacted the relevant exchanges, hoping they can comment on the matter.

This article comes from Ambcrypto, the original author: Akash Girimath