Starting from the PC player, the rapid expansion of the stock price to TV, VR, projection, mining machines and other hardware fields may not be possible.

According to Red Star News on May 20th, many Storm TV employees received a "dissolution" notice from their respective districts. In some of the replies, the district explained that it was due to the "financing progress" issue, and the follow-up questions would be unified. Just a week ago, Storm TV’s office in Shenzhen Sannuo Building had already gone to the building, and the door was sealed by the property. The property of Sannuo Building told Red Star News that Storm TV has indeed moved, but does not know where to move. The 21st Century Business Herald was informed that the new office of Storm TV was located in Shenzhen Gaoke Building, and the "dissolution" was also denied. But no matter from which point of view, the situation of the storm is not very optimistic.

Stormwind Group's 2018 annual report showed that its annual revenue plummeted 41% and recorded a net loss of 1.09 billion yuan. How did the VR equipment launched in 2014, the mining machine released in 2017, and the storm that focused on the TV business in 2018, how did you get to this field?

On March 24, 2015, Stormwind Technology was listed on the Growth Enterprise Market of the Shenzhen Stock Exchange at an issue price of RMB 7.14. In just 40 days, the storm received a total of 36 daily limit, and the stock price soared to 327 yuan, known as the GEM stocks, this record has not been broken.

As of May 21 this year, the stock price of the storm has fallen back to the issue price range, with a market value of only 2.46 billion yuan. Compared with the market value of 40 billion in that year, the peak is no longer.

As early as December 2014, the storm cooperated with Hunan Weiai to launch the second generation VR virtual reality equipment Storm Mirror, and the third and fourth generations were quickly introduced to the market. Due to the low price of the Storm Mirror, it quickly gained a place in the market, but the user's evaluation of the Storm Mirror is not high. The main slot is concentrated in two aspects: wearing comfort and richness of film source.

For the storm, the VR business is not a profitable business. A large number of early layouts and low pricing strategies caused huge losses, which forced the storm to transfer a portion of the shares of Stormwind Mirror Company in the first month after listing to mitigate the impact of losses on the company's performance.

In July 2015, Storm announced a joint venture with Qingdao Haier's Sun Rishun, Aofei Animation and Sannuo Digital to launch Internet TV products, Storm TV. In 2016, the storm revolves around the “DT Great Entertainment Strategy” program to acquire three companies through a fixed-income approach, including Licensing Technology, which focuses on R&D, Ganpu Technology, which focuses on distribution, and 60% of Beijing Wuqiong Film, a star of Wu Qilong.

Feng Xin CEO Feng Xin said at the time that this series of asset operations is an important part of Storm's global DT entertainment strategy. After completing the five major business layouts of VR, TV, show, video and culture, the company opened up the company in film, games and overseas. The three new business platforms of the market, combined with the existing business of Storm, can produce effective ecological synergy in the three dimensions of entertainment content, service and business value.

"Ecological synergy" and "ecological rebellion" were very fashionable gimmicks in the past. If only one word is used to explain the reason why the stock price of the storm is soaring, it is not the "ecological".

In June 2016, the China Securities Regulatory Commission issued a notice stating that Stormwind’s plan to purchase shares to purchase assets was not approved, and DT’s entertainment strategy was hit hard.

Relying on selling TV can not afford 40 billion market value

Mark Twain once said that history will not repeat itself, but it will always be strikingly similar.

The stock price is no longer beautiful, and Shantou is no longer able to blow up a listed company whose core business continues to lose money. Storm is a typical representative of such companies.

Before iQiyi and Tencent Video became the standard products for every Internet user, the software of Storm Video was installed on almost every home computer. Everyone downloads movies through Thunder and eDonkey, and then plays them with storm video. Storm video has also taken the lead in this wave of PC popularity, and it supports hundreds of video and audio formats so that almost all audio and video files can be played freely on the computer. At the highest, 70% of the video playback software in China has been won. market share.

Since 2010, the national level has begun to pay attention to the copyright protection of film and television dramas on the Internet. Thunder sold its pirated resource search engine and dog search at a low price this year. The storm is also facing a more severe market environment. On the one hand, the price of copyrighted content is rising, and on the other hand, the habit of paying for video by users is far from being formed.

Backed by the Internet giants who are not short of money, iQiyi, Tencent Video, Youku Tudou have sold the popular episodes and head IPs that can be broadcast on the Internet. The storm can only follow the northwest wind.

In May 2016, Storm joined forces with Everbright Securities and Shanghai Dianxin to complete a 65% stake in the sports media rights management company MP & Silva, which officially laid out the sports content field. Through this acquisition, the storm won the new media rights of the Super League in the 2016-2017 season, and became the official partner of the 2016-2017 season CBA League, the official sponsor of the Chinese men's basketball national team, and the official VR video partner of the Chinese women's basketball team.

In order to further acquire more paid users, Storm has adopted a more radical strategy to sell TV. The most common means is to subsidize low prices and send members. 2016-2017 In the past two years, Internet TV manufacturers such as Xiaomi and LeTV have adopted similar strategies to compete for users, but the market share is still firmly in the hands of traditional vendors such as Hisense, Skyworth, and TCL. According to a research report by the Prospective Institute, the gross profit margin of the hardware sales of the storm TV business is -7.15%. 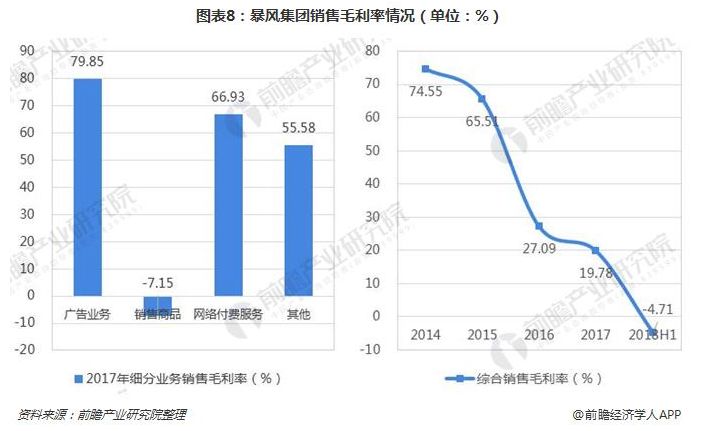 In January 2018, Storm announced the All for TV strategy, not to mention the grammatical errors here. One fact that cannot be changed is that the more Storm TVs are sold, the more losses will be. By selling TV, it is obviously unable to afford the market value of 40 billion.

Mining machine business that does not enter the table

On October 31, 2017, Thunder released the first generation of player cloud. The sales of small machines that are mined by sharing user idle resources are extremely hot. The price of a 299 has been squandered for thousands of dollars. It is hard to find a second-hand market. A year later, there were 1.5 million devices online on the guest cloud network, becoming China's largest decentralized resource sharing network, which not only enabled Thunder to earn hardware revenue, but also squeezed into the top 10 of the CDN industry through the Star Cloud business.

The storm also saw the potential of this gameplay.

In December 2017, Beijing Storm New Shadow, which participated in the storm, launched a movie artifact called “Boo Cool Cloud”. Functionally, Soko Cloud can provide download and play 4K video, share idle bandwidth and earn BFC blockchain points for users, which can be used to redeem goods and third-party services in the points mall.

The first batch of broadcasts of the cloud was booked by 380,000 users, and 2000 of them were sold out within 5 minutes. It should be pointed out that the broadcast cool cloud sells for up to 5,999 yuan, and the built-in mechanical data hard disk with two western data is equivalent to the price of a laptop for ordinary users. 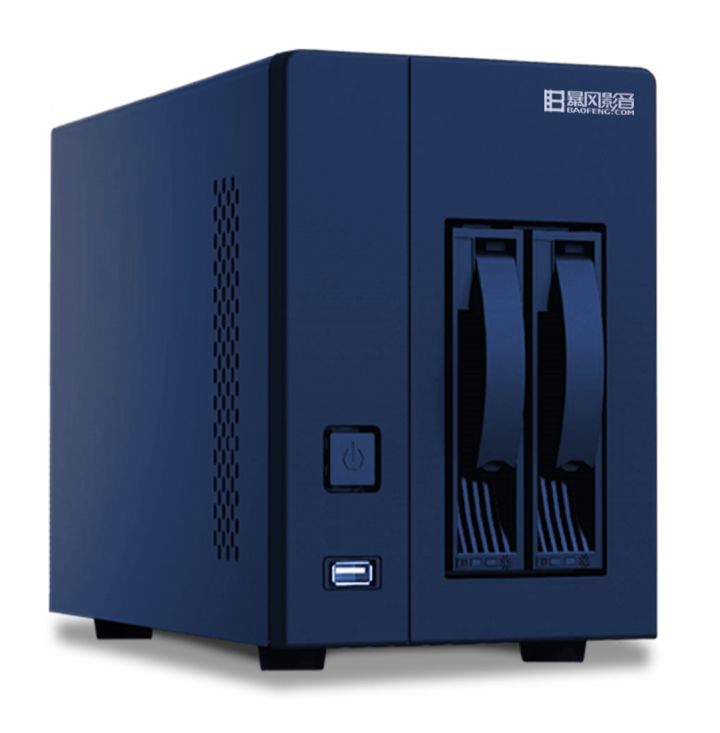 Due to domestic regulatory restrictions, the storm has worked hard to clear the relationship between cloud and mining and digital currency. However, on the broadcast of the overseas version of the cloud, Stormwind directly used "Bopocoin" to describe the rewards generated by using the Boku cloud mining.

In January 2018, the Storm Group issued a notice saying that there is no control relationship between the storm and the new storm. The new storm is not a subsidiary of the company's consolidated financial statements. In other words, the profit/loss generated by the broadcast cloud hardware sales and Bopocoin transactions will not be reflected in the storm account.

Three months later, Bopocoin entered the overseas cryptocurrency exchange, and the price of the coin fell rapidly from the highest of 2 yuan, and the market value of circulation was almost zero.

Today, the price of the broadcast cloud in the second-hand market has dropped to 600 yuan. The storm mimicked the routine of the Thunder player, and it did not pass.

To make matters worse, Storm CEO Feng Xin had promised to repurchase shares of Everbright Securities in order to acquire a 65% stake in MP & Silva, but he did not fulfill this commitment. Everbright Securities decided not to send the storm to the dock. The storm mimicked the CDN business of the guest cloud, and it did not improve.

For the storm, the case that LeTV was stopped from listing is in the forefront, and the fate of this company may have been settled.

He: It will match user information one by one, check it out