The transaction costs on the Bitcoin chain are too high for cross-border payments? Listen to the voices from developing countries

In recent years, more and more people have begun to promote the application of competitive coins in third world countries on the grounds that the cost of paying on the bitcoin chain is too high. Many of these people are from developed countries such as the United Kingdom and the United States. They do not understand the status quo of developing countries.

Miguel Cuneta, co-founder of Philippine cryptocurrency startup Satoshi Citadel Industries, recently blamed Twitter on some of the reasons why the use of bitcoin transactions was too high to promote the use of competing coins in developing countries.

Cuneta is a native Filipino who founded a payment company five years ago and witnessed the changes that Bitcoin brought to the country. He says:

"No, they won't choose BCH or other cryptocurrencies because they have to give up bitcoin for a lower fee. No one cares about this. You shouldn't say that again. It's a condescending and ignorant performance."

Despite the extremely low coverage of banking services, the use of smartphones and networks in the Philippines is high, which also facilitates the use of Bitcoin in this country. He believes that many people who promote competitive currency projects in developing countries do not actually understand their actual situation:

"Please stop using my country or other developing countries to promote rubbish projects and garbage. We are not waiting in the field for assistance. We are busy building our future."

The following is a complete tweet published by Cuneta:

After listening to Peter McCormack's bitcoin podcast show. Some technical discussions are good, but when people like Roger Ver or other people living in ivory towers start talking about how Bitcoin serves the "bankless account" population of the Third World, I really feel Surprise? They don't understand anything.

Their level of ignorance is unbelievable, but even more shocking is that they confidently believe that they know what is best for those who live in Uganda or the Philippines because the fees are too high. They can't spend Bitcoin on the 'main chain'." This is ridiculous.

No, they won't choose BCH or other cryptocurrencies because they have to give up bitcoin for a lower fee. No one cares about this. You should not say this again. This is a manifestation of condescending and ignorant.

Bitcoin is a tool that will be used to benefit the world, yes, but its use will not be as you would imagine from San Francisco, New York or London. Bitcoin does not suddenly make people's lives better. The problems of the third world are systemic, and no technical solution can solve these problems overnight.

I am sorry to have destroyed your dreams, but today's "blockchain technology" is still in its infancy, and it will not have any meaningful impact on the systemic problems such as corruption and poverty in the Philippines. The specific tools are not in place yet, and the technology is not ready yet, at least not yet.

I am a Filipino, born and raised. My country has a population of 100 million, 80% of whom do not have formal banking services. Credit card penetration rate is only 3%. 99% of commercial activities are carried out in cash. 21% of people live in poverty. A large part of the daily living expenses are $2.

Sounds bad? The reality is like this. But we still have hope. In the Philippines, there are 50 million young people aged 23 and under, 60 million people can use the Internet, we have the fastest growing smartphone penetration rate, have 60 million users, and a fast-growing middle class. We are strong and Filipinos are one of the happiest people in the world.

More importantly, our bitcoin and blockchain industries are thriving. This is why we build a variety of tools. That's why we founded a Bitcoin remittance startup here five years ago, when no one used such a nonsense story to promote junk coins.

Here are some services that allow users who want to use Bitcoin and other cryptocurrencies to get the appropriate currency, trade, and get paid. Millions of people have come into contact with cryptocurrencies, especially young people.

Through industry efforts, in 2017, we became the second country in the world to regulate “virtual currency” exchanges through central banks. They saw the potential of this technology. This is indeed happening, but not what Roger Ver thinks. This is a game about infrastructure.

Thanks to the efforts of the cryptocurrency industry in the Philippines, you can easily convert Bitcoin (and some other cryptocurrencies) into French currency (and vice versa) for mobile phone recharge and sending and receiving of funds.

Indeed, they use third-party services, but like the Internet cafes of the 1990s, third-party services allow everyone to access new technologies at an early cost at the lowest cost, which I believe is the main reason for mainstream users to use this technology in the future. the way.

I believe that one day everyone will use Bitcoin or something like the underlying technology. The second or third layer of services based on this layer is simple and intuitive to use, and the cost is low. And inclusive features. It takes a while and won't appear in 2019.

At the same time, please stop using my country or other developing countries to promote junk items and junk coins. We did not stop at the waiting place for rescue. We are busy building our future.

The privacy coin Beam completes the hard fork of the reservation at block height 3221.

Coindesk analyst: BTC's callback on the hourly chart ends and will return to the recent highs 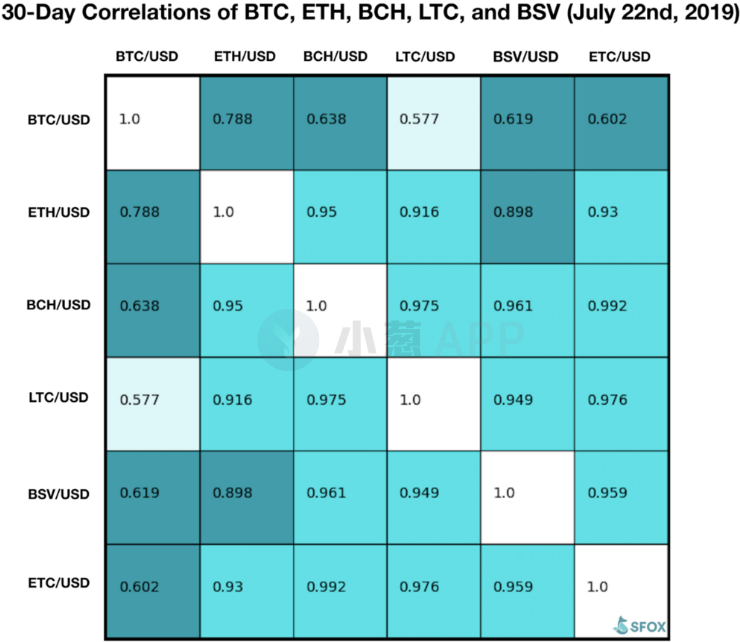