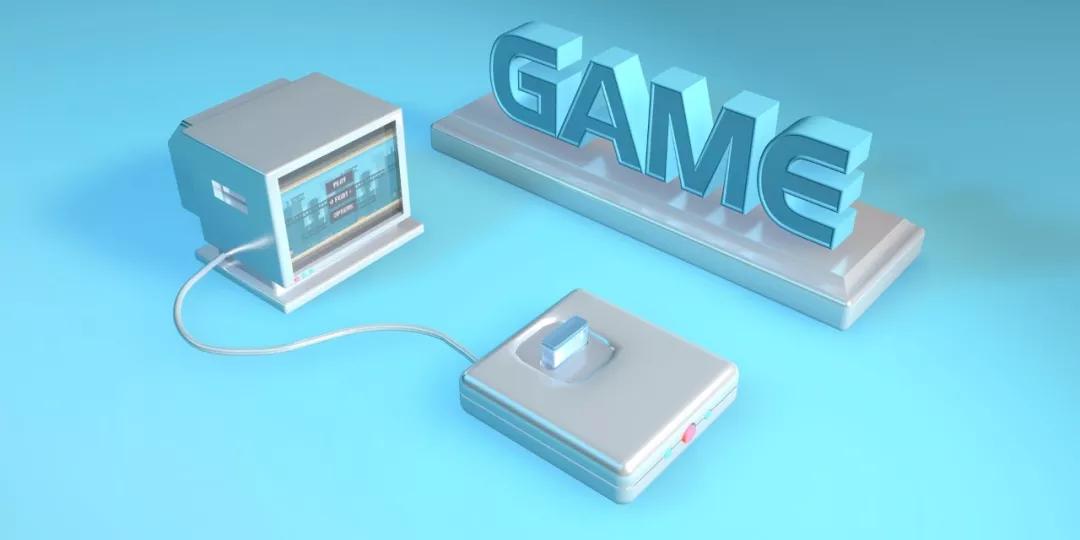 In 1969, the game "Space Wars" designed by American Rick Bromy was born, and for the first time realized the interactivity of the Internet, and was hailed as the ancestor of online games.

In 1998, mobile devices began to rise and mobile games were officially launched. However, the mobile games of this period are still simple games like Snake and Tetris.

With the continuous improvement of mobile device technology, some mobile games with simple colors and single functions have been launched. The outbreak of the touch-screen era, the mobile game market began to rewrite.

Android has completed the filling of feature phones, and the app store has begun to rise. Some emerging enterprises that focus on mobile games have emerged. Tencent and Netease and other traditional game companies have also laid out their mobile game industries. Mobile games have become popular all over the world. With the advent of blockchain technology, the "blockchain+" era has arrived, and mobile games have begun to explore new models.

In the beginning of the encryption cat game, to today's Tencent "to catch the demon", in just one and a half years, the blockchain game has gone through madness, and now finally returns to the true nature of the game.

On November 28th, 2017, a game called "CryptoKitties" was launched, which debuted the blockchain game industry for the first time.

Once the game was unveiled, it spread at a viral speed, breaking the concept of digitization in the blockchain world and becoming the phenomenal Dapp at that time. In addition to the game attributes of breeding and pairing maintenance, its trading attributes have become the driving force behind the explosion, and the average virtual cat sells for more than $100. On the line, it gathered more than 1.5 million users in the circle in a month. The number contributed 30% of the trading volume in Ethereum, which once caused the congestion of the entire Ethereum network. 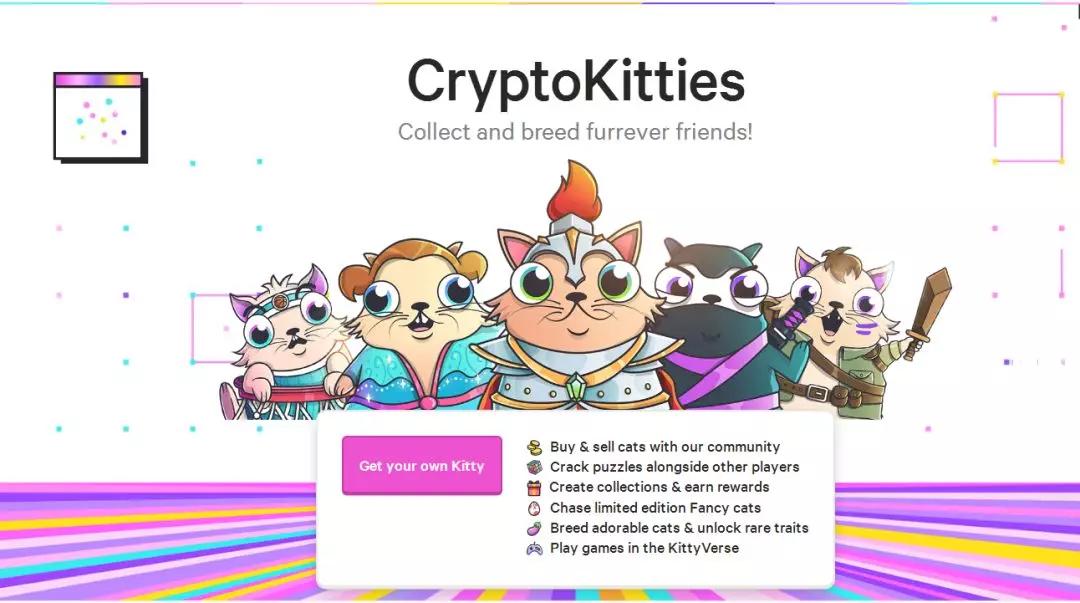 Not only has attracted a large number of players to enter the market, but the speculators are also a successor. Most of them are wearing cloaks of blockchains, illegal financing, and challenging the bottom line of supervision.

At the same time, the encryption cat also unveiled the Pandora's Box of Chain Tour. Funds, Ponzi schemes, hackers, money-carrying roads, etc. have all been staged in the industry, disrupting the normal market order.

With strict supervision, corporate finance has become difficult, and players have learned the routines. The industry is coming, and the market is facing a reshuffle.

Overnight, many developers realized the possibility and profitability of blockchain technology combined with games.

Everyone started to enter the market one after another, so there were all kinds of blockchains, such as dongle, encrypted pig, horse, rabbit, etc. In February last year, pets were pre-sold almost every day, and the variety was so large that they could get together in a zoo.

The industry is beginning to appear, mixed with fish. After taking off the icing of the game, the betting, fund, and quiz games also began to appear.

The most typical one is the fomo 3D game. The game is born without a white paper or a technical team without a halo. It is not to solve the industry's pain points, nor to meet the market demand. Its positioning is an open and transparent decentralized fund game, a naked Ponzi scheme.

The game's developers are not shy away. The game URL domain name (exitscam.me) means to escape the scam, invite friends to "Bad Advices", the code is marked: "WARNING: THIS PRODUCT IS HIGHLY ADDICTIVE. IF YOU HAVE AN ADDICTIVE NATURE. DO NOT PLAY (Warning: This product is addictive. If you have addiction, don't play). 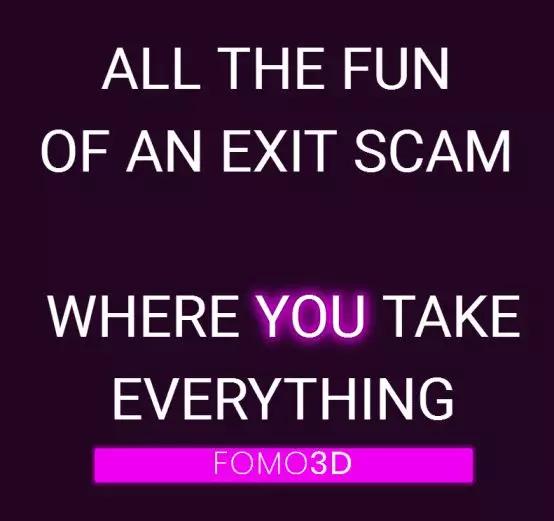 But because of its sophisticated mode, flash mode, airdrop mechanism, key, invitation, team bonus mechanism, plus more than 20 million tempting awards, even if everyone knows that this is a Ponzi scheme, there are still countless speculations. The influx of people has become a social experimental "game" about human nature.

"It 's actually very simple to judge whether a blockchain game is a real game. If you strip all the things that are related to the interests, and then try to play the game, you can get the answer. " Hu Yifeng, the founder of a game project Tell the zinc link.

At the same time, games with blockchain dice are frequent. There are pure Winner in the MLM mode, the demo version of the Fomo 3D AirDropMe, Fomo Now, Fomo Lightning, the Pixel MASTER pixel game, and the betting and quiz games based on the public chain such as EOS.

It can be seen that although such a game has the name of a game, it has no game reality. The blockchain comes with its financial attributes and has become a double-edged sword.

An industry veteran who did not want to divulge his name told Zinc Link: "The blockchain game is like a big casino. People who play can't be called players, more like gamblers."

Dapp review company CEO Niu Fengxuan believes that the blockchain game itself is a false proposition. Blockchain is just a technology and tool for games, and the game's innovation lies in playability. The blockchain game is clearly in the wrong direction.

In the middle and late 2018, the industry began to enter a cooling-off period. In March, I received a $12 million investment from the encrypted cat company CryptoKitties. After only three months, the number of transactions in the game dropped by 98%. The daily activity dropped to 50, and the encrypted cat worth more than 100,000 US dollars became unmanned. Ask about the furnishings.

By September, the number of financing for the entire blockchain industry was facing a huge decline. According to the data of the united cows, the blockchain industry's total financing in the fourth quarter was less than 1.8 billion, even less than the single-month financing scale at the beginning of the year. In terms of quantity, there are very few, from 100 single-month financing companies, to less than ten. Money has become more and more difficult to find, and at the same time, regulation has begun to tighten further, and the market is mourning. Image from the photo network

Hu Yufeng revealed, "In addition to the blockchain project that cuts the money and cuts the leek, the technical bulls who are really doing things in the circle are really bad."

On August 24 last year, the Banking Regulatory Commission, the Central Network Information Office, the Ministry of Public Security, the People's Bank of China, and the General Administration of Market Supervision jointly issued a document, giving a warning about the blockchain. Five days later, 124 websites operated by overseas encryption switches were closed, and Tencent also seized a large number of blockchain media.

During this time, some of the blockchain game companies have been cool, some are still struggling on the edge of survival, and others are beginning to seek transformation, hoping to break through the existing model to find new directions.

The encrypted cat was transformed from the product to the platform in June of that year, and strives to achieve resurrection by joining the modes of racing, fighting, dressing, and even offline products. It seems that the cat has not been saved.

At the time when the pretender's flag fell successively, the big factory began to enter the layout.

In April 2018, Tencent released the white paper "Catch the demon together", which was officially launched on April 11, 2019. This is Tencent's first blockchain game application. 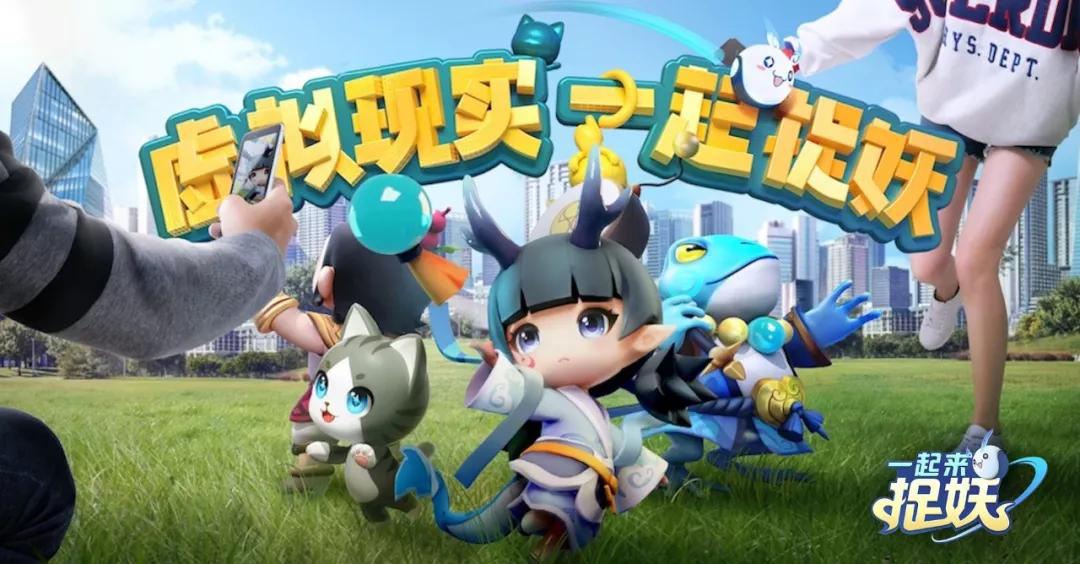 Compared with last year’s big-handed “first blockchain game”, this year’s goose factory’s propaganda attitude has changed. From the official website of the game to the subsequent public beta and event promotion, the three words of the blockchain have not been mentioned, and only the clues can be found on the display platform of the blockchain project in Tencent.

Zinc Link tries to contact Tencent Games. I want to know the specific situation. Tencent Games responded that it is not convenient for publicity. It is currently low-key processing and will involve public relations risks.

The reporter personally experienced the game. First of all, the style of painting is very cute, and the AR+LBS (location-based service) captures the demon mode, connecting the game and the real scene. 20,000 steps a day is the biggest gain of playing this game. Secondly, after capturing the sprites, you can maintain the upgrade to play the player. After the 22nd level, the blockchain cat system will be opened. This is similar to the original cryptographic cat gameplay. Players can breed, trade (circle coupons) and go on the chain. If you are on the chain, you need to buy a celestial pen. Based on the blockchain technology, each cat has its own attributes.

On September 5, 2018, Netease Games announced that it will embed blockchain technology in the game against the cold, adding a new item called "Fuxi Tongbao", which is universal for users.

On the Fuxi Tongbao official information website, not only the corresponding transaction data, block information, but also the daily number of transactions are more than 600,000. Although it is dubbed "Netease Q Coin", its blockchain attribute is unique. 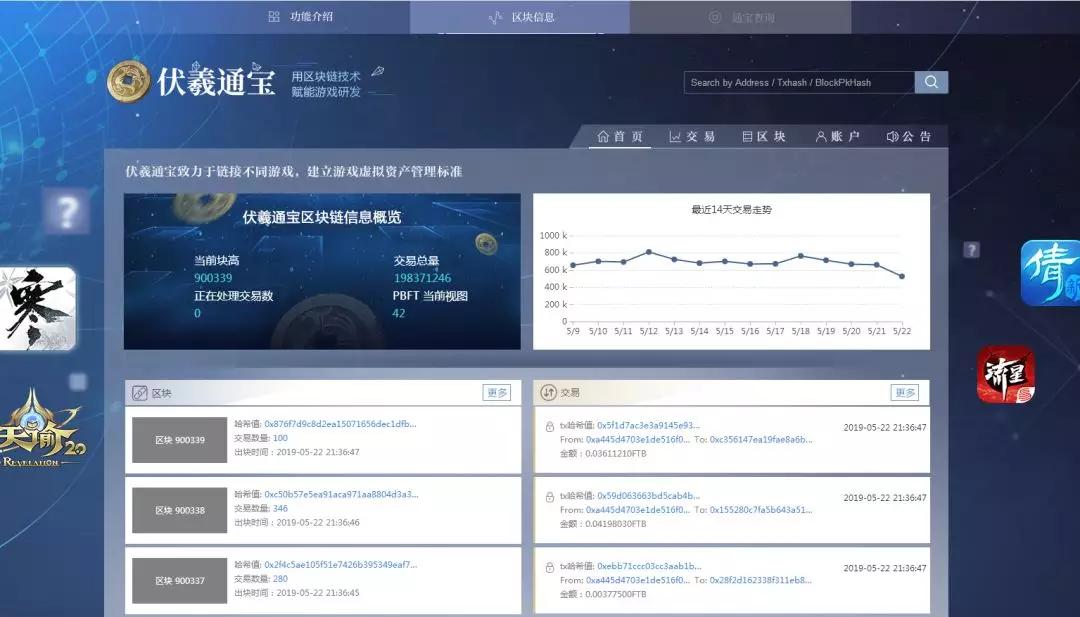 In addition to the game chain manufacturers such as Tencent and Netease began to lay out blockchain games, traditional venture capital also began to pay attention to this field.

In the big factory, the blockchain game industry has opened a new model.

Irrelevant technology, as long as fun

After the industry reshuffles, development is still in its early stages, and the road to search for the future is long and long.

Blockchain empowerment game industry, the biggest advantage is to realize the user's game assets, and to the user's game in the lottery, ranking and other behavioral information chain, to a greater extent to ensure the interests of players.

For the dynamic logic of the game itself, it is simply: the reward mechanism of compliance + good game experience = the motivation to continue playing. 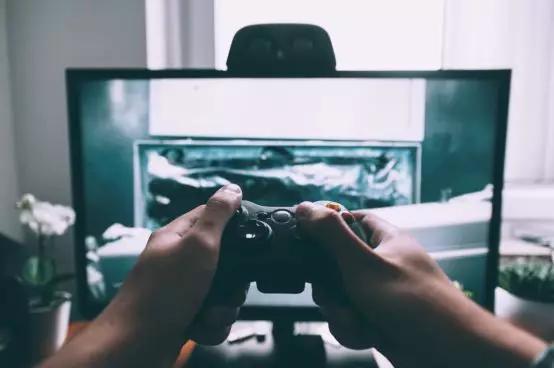 From the perspective of "making the game more fun", the blockchain game is not doing well. And this is precisely the future direction of the industry.

A project CEO Xiang Long told Zinc Link: "The blockchain game puts "playing to play to get digital pass-through incentives" as the core driving force. The core driving force of this model is insufficient. It is the chain-ring self-righteous, not the game. Recognized by the circle. The core of the game must first be left to play, it is the game content itself is not fun to decide. And the industry has not found a suitable combination with the blockchain, the blockchain must bring real value to the game. Therefore, finding a combination point is the breakthrough in the development of chain travel."

Niu Fengxuan believes that in the future, the development of blockchain games will focus on two directions. First, the blockchain can bring new gameplay, but the game idea is not something that can be expected casually. The blockchain is innovative in terms of gameplay, it is worth looking forward to, and it requires game developers to actively brainstorm. . Second, based on the existing game mechanics, developers apply blockchain technology to the game to realize the authenticity of the player's digital assets and realize the value circulation of the player's digital assets under the premise of legal compliance.

Throughout the blockchain game industry, games are the core, and blockchain is just an assistive technology. Only when the core has value, can assistance reflect its own advantages. 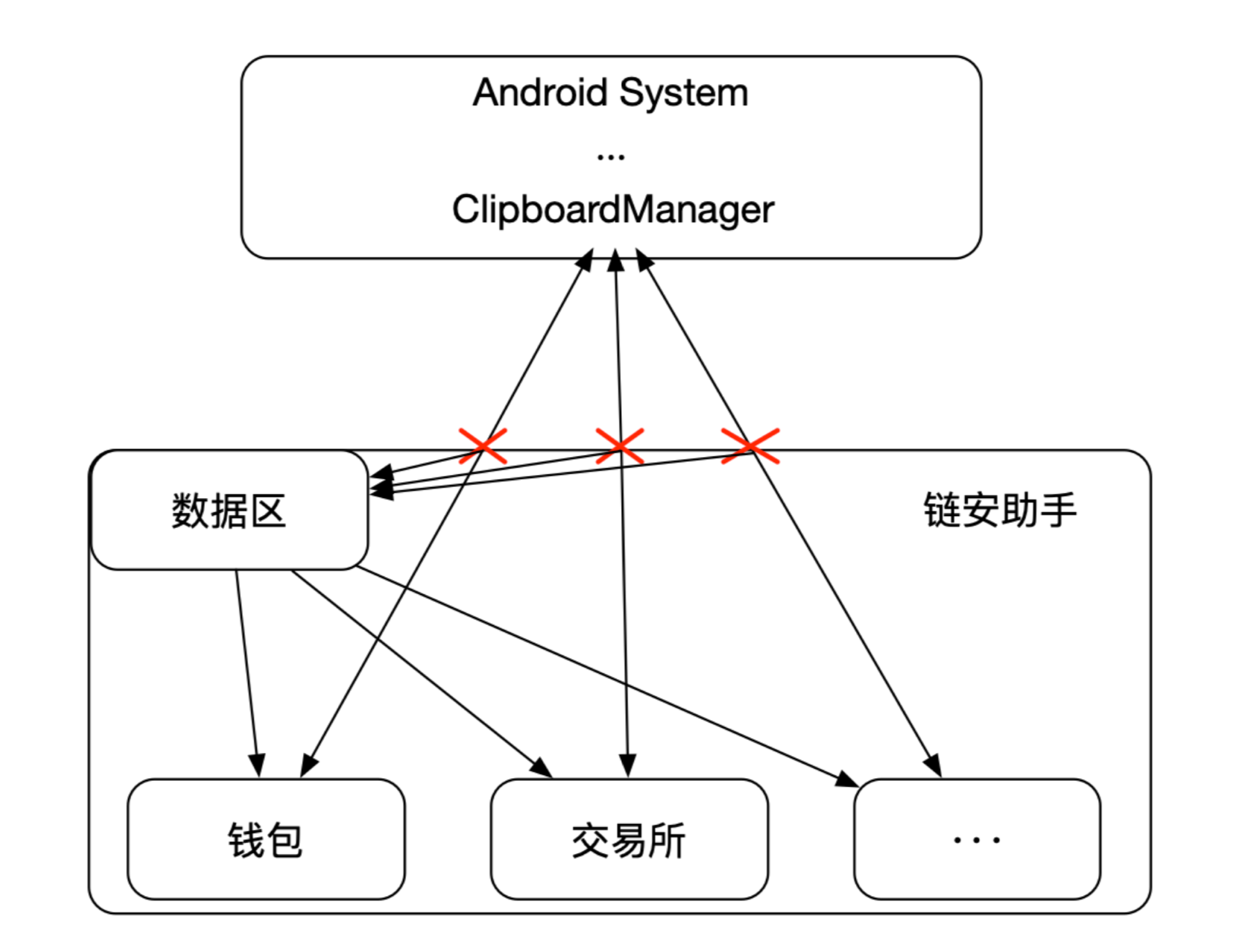 Pang Yinming: If the future society is de-intermediation, the blockchain will play a huge role.