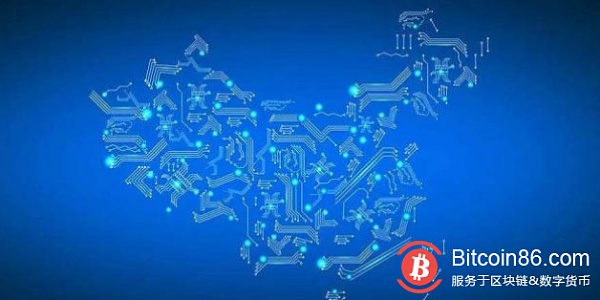 In the past year, with the tightening of the supervision of encrypted digital currency, many powerful blockchain companies have disappeared. After a year of silence, the BTC market seems to have taken a roller coaster ride and opened a new round of adventure. On April 2, Bitcoin opened a new round of main rally

The data shows that there are 6,136 blockchain patents in the world in 2018. Among them, the number of patents in China's blockchain is 4,109, accounting for 67% of the number of patents in blockchains in the world's major countries, ranking first in the world. The top ranked ones are Alibaba, IBM, and MasterCard. According to the latest news, according to the data of the Intellectual Property Center of China Information and Communication Research Institute, Alibaba, Tencent and Baidu were all selected for the 2018 global blockchain patent applicants TOP20 list. Among them, Alibaba has 262 patent applications, 80 Tencent and 50 Baidu.

Between the rise and disillusionment of the asset bubble of encrypted digital currency, technology companies have seen the true application value of the emerging technology of “blockchain”, avoiding the temptation and risk of digital currency, and concentrating on technology. Enterprises including Ali, Baidu, IBM, JD, Amazon, etc. all entered the blockchain industry in 2015 or earlier, and it was not until 2019 that they ushered in a real outbreak and application. This is a perfect interpretation of the speed of patent growth. In the first quarter of 2019, the number of blockchain patents increased by 2,041, far exceeding the 317 in the first quarter of 2018, a year-on-year increase of nearly 6 times, close to half of the total patents in 2018. 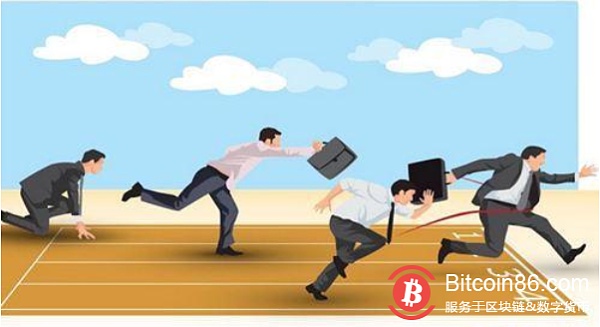 Business competition is like the jungle of the survival of the fittest, but its cruelty is even worse. We have witnessed how the century-old Nokia has been eroded by Apple, witnessing the history of Kodak’s demise from film king to cross-border selling clothes. When the blockchain emerges, everyone can't ignore it and act as a follower in technical iterations. And as more and more giants join, the "Matthew effect" in the field of blockchain technology will be invented by Yu.

Some industry insiders said that large companies have technical talents, real and practical investment, and more important application scenarios. Once the advantages of technology products are established, it is difficult for small companies to catch up. At present, under the leadership of large companies, the blockchain has already played a major role in the fields of traceability, trade finance, supply chain finance, identity authentication and copyright confirmation.

For example, both Ali and JD.com are using the e-commerce scenario to do blockchain traceability. The goods sold on the e-commerce platform, from production, logistics, retail, testing, to the end consumer, all node information in the process of circulation can be stored in the blockchain network, convenient for consumers to inquire. Anti-counterfeiting traceability is considered to be one of the most promising areas of blockchain landing, and it is also the first area where giants compete for blockchain technology.

For example, a piece of bread in a food company's workshop after a series of production processes, will be sent out of the workshop to brand a unique data code, this code records all the information of the bread: origin, production workshop, production staff, quality inspectors, factory time , ingredients, etc. After the information is generated, it will be uploaded to the blockchain in real time; the bread will be transported to wholesalers, supermarkets, and shopping malls. Every link in the middle, including transportation company, shipping warehouse, shipping time, transportation time, arrival time, etc., will be stored in the blockchain again in real time;

Consumers buy bread, by scanning the QR code function, you can know the production time of this piece of bread, when to arrive at the store, etc., before buying, pass the anti-pseudo code to upload the purchased information to the blockchain, confirm The information is accurate, and it can be basically determined that the purchased things will not be falsified; from the production of bread to the market, the information data of each link is uploaded to the blockchain in real time, and the data is unique and unchangeable. 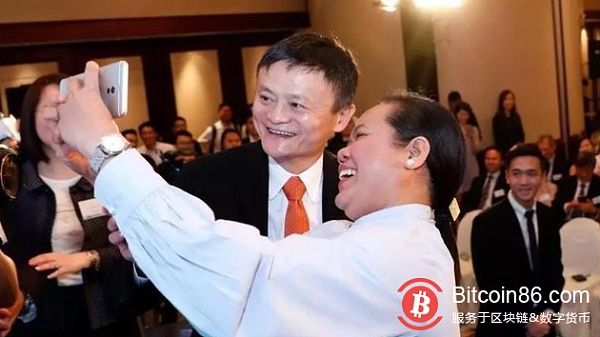 In June 2018, Ant Financial launched a universal cross-border remittance service based on blockchain technology in Hong Kong, using a blockchain-based e-wallet to remit money from Hong Kong to the Philippines. The first remittance was completed by the Filipino Grace who worked in Hong Kong for 22 years. It took only 3 seconds, but it used to take 10 minutes to a few days. Grace lamented the family in the Philippines who was far away from the camera: "It's so cool!" At the moment, witnessed the Hong Kong Financial Secretary Chen Maobo, Changhe Group Co-Director General Huo Jianning, Alibaba Group Chairman Ma Yun, Ant King Service chairman and CEO Jing Xiandong and so on. 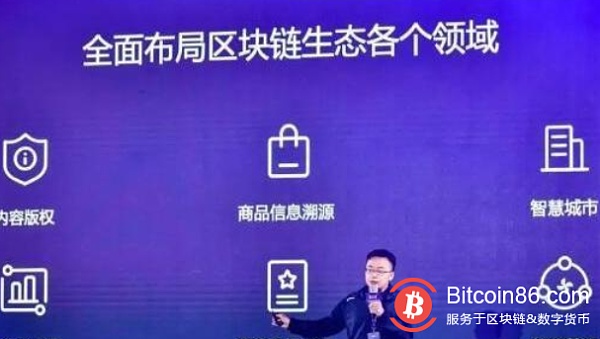 In June 2018, Chinese Internet giant Baidu announced the next step in integrating blockchains in the form of agreements. In January 2019, Baidu launched the "blockchain as a service" solution this year. Baidu said that the superchain can "insert and remove the consensus mechanism to solve current energy consumption problems" and "compatible with Bitcoin and Ethereum development systems." Since the launch of BaaS, Baidu has released a blockchain-based product. In April this year, Baidu announced the launch of a digital image property management platform based on blockchain technology. 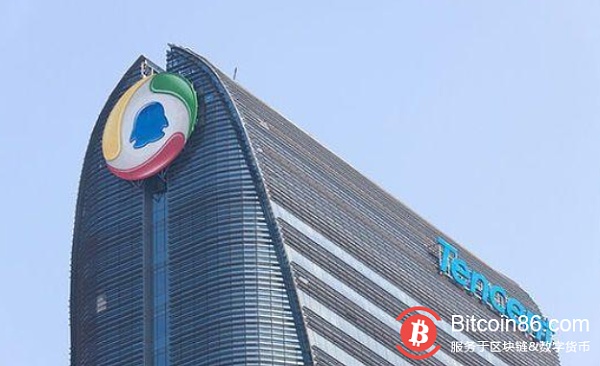 On May 11th, Baidu released the first multi-enterprise data security collaborative computing solution in China, XuperData, introducing the blockchain copyright protection and trading platform XuperIPR, which is the right to authorize, authorize and defend rights, and landed the authoritative professional judicial solution XuperFair to solve the problem with technology. Development problems, mutual benefit and mutual growth with partners. In addition, Baidu announced that the first open source project of the Super Chain, XuperUnion, will be released soon, and the project will support the deployment of the alliance chain in the future.

The XuperChain Super Chain, an all-inclusive blockchain technology, provides a more convenient and wider runway for the upcoming DApp army. Baidu Blockchain Lab cooperates with Peking University, Beijing Internet Court, Aiqiyi and other domestic government agencies, universities and enterprises to expand blockchain technology and business applications, and has achieved implementation in many scenarios, especially in the attention The content of copyright, big data circulation and the application of judicial government have caused great repercussions. These layouts are all based on Baidu's 100% self-developed Super Chain (XuperChain) applications and solutions. The Super Chain has more than 120 patents, and has the ability to deploy global networks and alliances. It is friendly to blockchain developers and leads the industry in security, innovation, performance and ease of use.

In 2018, Tencent participated in the “blockchain invoice” project led by Shenzhen Taxation Bureau, and opened the first blockchain invoice in a restaurant in Shenzhen. At the same time, Tencent also landed the “public interest tracing chain” to realize the major public welfare. Information sharing between platforms helps lost, abducted, and wandering children to go home.

In 2019, Jingdong Group and the Guangzhou Internet Court signed a cooperation agreement on both the trusted electronic evidence platform and the judicial credit co-government platform. Jingdong Digital's blockchain technology provides the underlying support for cooperation. With traceability technology, evidence storage security and verification convenience can be realized.

“The blockchain technology does not seem to have any disruptive products or applications at present, but we should not ignore the meaning behind each new product.” The industry said, “Too small, these head companies’ recent equipment. The competition is to occupy the market in the field of technology and to grab the market in the future; to say that they are also popularizing and educating the public, they are making a way for the industry."

"We have no prejudice against digital currency, but if one day, we talk about blockchain, the first reaction is not BTC or ICO, but the trace of the blockchain, or the blockchain search, Baidu, Tencent, is Jingdong Digital, maybe blockchain technology really ushered in the timing of large-scale commercial landing," said the source.