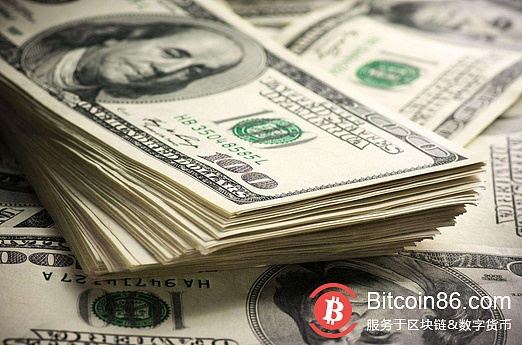 The US dollar has never solved the Triffin problem between "supply sovereignty and the cross-border nature of demand." In the world of deficits in the modern monetary theory (MMT), the global monetary system is becoming increasingly unstable. The world has been suffering for a long time. Can this currency, which is not a currency, depend on its super-sovereign nature, and establish a currency kingdom outside the system of dollar hegemony? Or is it just a big scam with a currency coat?

The quiet days of the years are always short-lived, and the storms and undercurrents are in the background of the trade war, and have become the new normal of the international financial market. When global investors enter the “risk off” state, safe-haven assets become the object of crowded trading. The traditional safe-haven assets are the US dollar, US debt, gold, Japanese yen, Japanese debt and so on.

However, in addition to this, recently, a sought-after object called Bitcoin, or a digital currency such as Bitcoin has been added. Their recent trend seems to have changed from a so-called "blood-stained scam" with the most volatility and risk in the past to a "safe haven asset" that hedges inflation.

Note that Bitcoin is not a strict currency, just giving it such a name. A necessary condition for obtaining currency attributes is that it must be a consensus-based trading medium, which must be a general equivalent, that is, it can be used to exchange all goods and assets, and form a value scale and pricing function. At present, there is no stronger evidence to prove that it is a currency, except that Japan has a so-called bitcoin automatic receiving machine that can realize its payment function.

In fact, Bitcoin is best understood as a transactional asset until the consensus on general equivalence is reached and the value of the currency is compared to the value of the non-monetary commodity. The particularity of this asset is mainly manifested in three aspects:

First, it is a virtual asset in digital form that has neither practical value nor future cash flow. People hold it because of a “consensus” or simply think that there will be a latecomer at a higher price. . Bitcoin is an algorithmic consensus based on the underlying architecture of the blockchain, because of its intangible modification, traceability, transparency and finiteness of the production process, and also has a certain payment function, which makes investors form a certain Earnings expectations (capital gains), willing to hold and trade Bitcoin as a value-added asset. Like all other virtual assets, it has no concrete physical form, it exists on a series of secrets and numbers. Although the performance form is a string of numbers, it is essentially a set of algorithmic relationships, a rule of identity, and a set of technical contracts.

Second, it is a super-sovereign asset that is separated from the state's attributes. The attraction of Bitcoin lies in its decentralization, non-authority and super-sovereignty. In the credit economy, in addition to such digital currencies, no currency or asset can be freely traded away from the country's legal constraints and credit endorsements (unless it is a private precious metal or bulk physical transaction). Because in the system of credit currency and financial assets, there are two infrastructures, one is the domestic and inter-state electronic transaction and settlement system, and the other is a series of international laws and regulations and the text of the transaction award.

However, assets such as Bitcoin seem to be independent of this recognized financial transaction infrastructure and only need to be produced and traded on the global Internet system. It forms a rule consensus through algorithmic techniques to form a predictable growth curve. And the strengthening of the consensus, the formation of assets – the current traders do not have to worry about the next "receiver", the transactional assets are formed in this way. This asset has already left the shackles of national sovereignty and, to a certain extent, is not invaded by the current chaotic "secularized" international monetary system.

Third, it is an asset with distributed, limited supply and value storage capabilities, which is why people call it Bitcoin. No institution can issue proprietary bitcoin rights. The algorithm is open and transparent. Everyone can participate in the production of bitcoin as long as they have technical conditions. This truly realizes “monetary democracy” and realizes the privatization of the money network. To some extent, the predictions of the Austrian school have been verified (the most worrying thing is that bitcoin production is becoming slower and more dependent on large mines and power calculations, and there seems to be a trend of natural monopoly). Because there is no authority center, each node is part of it, and there is a set of speed-limiting algorithms, which effectively balances the contradiction between the supply volume that cannot be reconciled by modern credit currency and the intrinsic value of money, and effectively restrains people. Headaches are money spamming and super-issue problems.

Bitcoin's issuance discipline and a gradual strengthening of the rules of consensus make it more and more similar to safe-haven assets. But unlike gold, bitcoin has no practical value. However, please note that now people trade and hold gold, a very small proportion is holding physical gold, and very little concern about the practical value of gold, most of which are only virtual "golden coupons", futures and options. Contracts, they also exist in digital form, and the value of physical gold is limited. In this sense, gold is just a rule of consensus, so Friedman only compares the gold in the Fed vault to the Phuket stone coin that sinks to the bottom of the sea.

The better part of Bitcoin than gold is that it can be independent of the traditional international transaction clearing system, and a string of numbers is itself rather than the physical or derivative behind it. This string of numbers is easier to store than gold (more easy to launder money and underground transactions), as long as it is recorded in the human mind, as long as the world's Internet will not be completely destroyed, Bitcoin will always exist. Because it has no center, it is ubiquitous and exists on thousands of computers around the world. Bitcoin is its own, it does not represent any credit and social relations behind the numbers. It is a network of beliefs.

In the era of the current proliferation of modern monetary theory (MMT) and currency issuance, the era of the international monetary governance structure with the US dollar as the core is losing authority (the new Triffin problem), people are losing anchor and spamming. Concerns have prompted the search for assets with a stricter discipline of discipline and trust. Bitcoin and gold are undoubtedly such representatives, but gold is still in the traditional international trading clearing system, and the mining and storage of gold is not so transparent, so the supply is strictly non-tamperable and distributed, independent of Bitcoin outside the secularized monetary system has gradually entered the genealogy of safe-haven assets. It will serve as the opposite of the non-issued disciplinary currency, to counter the unscrupulous misconduct of money and debt, to build the wealth of Noah's Ark in the era of modern monetary theory.

This is the basic logic for the recent rise in bitcoin. Of course, as a new asset, a gambling chip that has no physical value and is only expected by capital gains, while it is increasingly demanding the calculation power and production is increasingly concentrated in large mines, it is avoiding In addition to insurance, it will inevitably be re-invented as a risky asset with hoarding, bottom-line speculation, and large price fluctuations.

Because it is actually a gamble, a game. The difference is that the designer of this game is a group of very serious code farmers. (Sina Finance)