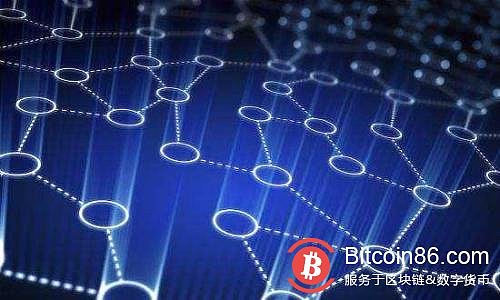 Under the guidance of the social status of science and technology, the Internet of Things and the blockchain are being mentioned more and more, and new technologies are likely to be inflated. What it brings is massive data or true value, which has always been worthy of the industry. Thoughtful question. According to many agencies, the blockchain in 2019 will integrate emerging technologies such as artificial intelligence and Internet of Things, and become the most promising and commercial value field for the IT industry in the next few years! The release of this potential is accompanied by a grand team, the Silicon Valley IoTEdge Network (IOTE) team.

According to a recent Gartner report, nearly 20% of companies have observed at least one IoT-based attack in the past three years. In response to these threats, Gartner predicts that global IoT security spending will reach $1.5 billion in 2018, up 28% from $1.2 billion in 2017.

IoTEdge Network (IOTE) is a decentralized, distributed edge computing network. The clear solution is to introduce the "sharing economy" into the IoT edge devices. Each subsystem can be shared and reused. You can sell or purchase services to your neighbors as needed to increase speed and connectivity. By utilizing existing hardware devices, IoTEdge will significantly reduce the deployment and trust costs of IoT networks.

IoTEdge Network (IOTE) has a strong and knowledgeable team. Among the many outstanding teams, the IoTEdge Network team is unique and plays a major role in the connection between the Internet of Things and the blockchain and the release of applications. Core Team CEO Cynthia Liu He has served as the head of product marketing and management for many global network security companies. He has 15 years of experience in network security, internet of things and cloud solutions; vice president of engineering and blockchain scientists have more than 10 years of relevant technical experience.

In terms of revenue, compared to the IoT peer-to-peer communication model to handle hundreds of millions of transactions between devices, IoTEdge's network technology provides us with a reliable, secure and fast network that will help us make the most of our current environment. The resources available to ensure that data can be uploaded at any time, making the computing power available in edge devices ever-increasing.

In design and architecture, the main bottlenecks in the development of the Internet of Things are: cost, monetization, security and privacy. And IoTEdge's networking technology has designed a blockchain-driven platform to address these issues and initiate a long-term commitment to machine-to-machine economy. Drawing on the concept and success of the Internet, IoTEdge's network technology also designs the IoT edge network into two levels: a local hierarchical chain and a global hierarchical chain. By this design, it can keep the local IoT devices running fast with a stable storage footprint. And a lightweight short-term ledger (L-chain), while achieving a global consensus and a permanent book with macro-transactions of the G-chain.

Among the many solutions, IOTEdge Network can be combined with IoT and blockchain technology as a connection provider for the Internet of Things. It is reported that the IOTEdge Network will launch an APP next time. When the user launches the app, it will join the IOTEdge network, connect the surrounding sensors to obtain data and get rewards by sharing the Bluetooth connection resources. This not only facilitates our use, but also enriches our lives.

In the near future, a machine-to-machine (M2M) economy will emerge from this evolution and will unlock all the hidden potential of the Internet of Things. IoteEdge has the potential to free up more unused resources in every corner of our environment, taking on the responsibility of connecting the Internet of Things and the blockchain, enabling more blockchains that benefit us, creating new business models and The income stream enables the new blockchain to integrate into the market and truly benefit all mankind and society as a whole. (Coin World)