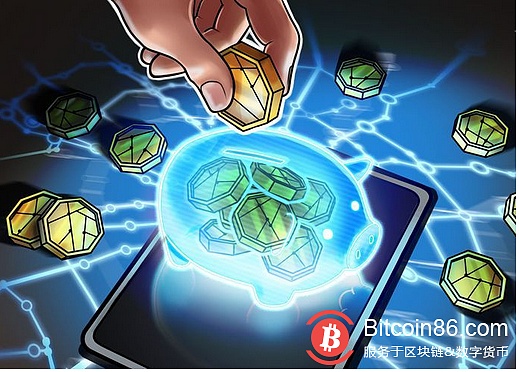 In the past six weeks, Bitcoin's dominance has soared from 53% to 58%, which has surprised many traders.

At the same time, investors and analysts such as Thomas Lee of Fundstrat Global Advisors hinted that the “alternative investment season” is coming. Li often publishes his views on cryptocurrencies on CNBC.

In fact, before Bitcoin recently broke through $8,000, the market witnessed the boom in assets such as Binance Coin and Litecoin, rising to a high point this year. But now, altcoins are suffering and are slowly losing their previous gains.

The institution may be the cause.

When many people think of "blockchain" or "cryptocurrency", the first thing that comes to mind is very likely; it is bitcoin.

The digital asset division of Fidelity Investments is a good example.

Since the announcement of the internal cryptocurrency division in October 2018, the Boston-based financial services giant has been focused on the bitcoin business. In the Unconfirmed program with Laura Shin, Tom Jessop claims that as early as 2015, fidelity CEO Abby Abigail Johnson is mining Bitcoin in his own office. In addition, Jessop said that a research and development department of the company has even tested the internal bitcoin payment network. Since then, the company has launched a hosting service and intends to launch Bitcoin transaction execution services, and only for Bitcoin.

Of course, just because Fidelity focuses on leading digital assets does not mean that its customers cannot use a third-party platform to purchase Ethereum. But the financial giant’s initial emphasis on Bitcoin is self-evident and may also attract institutional investors.

Please note that except for a few outliers such as Bitcoin and the Ethereum fund announced earlier this month by Crypto Crescent, almost all of these are 100% bitcoin.

But most importantly, the major financial regulators, the US Commodity Futures Trading Commission (CFTC) and the US Securities and Exchange Commission (SEC), have focused on Bitcoin, perhaps because they have difficulty understanding smart contracts and points. Pieces and other nuances and technical terms associated with alternative chains.

Although the CFTC was recently disclosed to be friendly to Ethereum, the SEC only categorically confirmed that Bitcoin is not a security. At the same time, securities regulators have severely cracked down on ICOs, and KIK's Ethernet-based token is the latest goal.

Institutional funds flowing into altcoin may be slow without proper support from appropriate service providers and government agencies. Or, in the worst case, there is no money flowing into the little-known altcoin.

Even on investment, password-friendly institutions transfer their money primarily to Bitcoin, not Ethereum, XRP or any other form of Bitcoin this week.

In May of this year, Grayscale Investments, a prominent branch of the Digital Currency Group, a New York-based encryption company, released its "Digital Asset Investment Report" for the first quarter of 2019.

According to the report, Grayscale's revenue for the first three months of this year exceeded $42.7 million. This is not a large number in itself. It is worth noting that more than 95% of the $42.7 million (73% from institutional investors) have directly entered the company's most popular tool, the Bitcoin Trust. In the process, Grayscale is authorized to purchase BTC in the OTC market.

As LongHash explained in a previous report on financial technology company Square participating in cryptocurrency, this type of bitcoin purchase pushed up the market value of the asset, which exceeded the nominal value of the purchase order.

Analyst Alex Kruger explained the concept on Twitter in early January: "Investing a relatively large sum of money into a small asset (in US dollars), a significant portion of which is not Liquid assets (ie not trading, not participating in exchanges) => price soaring." Fixed supply exacerbates this effect.

If we assume a widely accepted price-to-earnings ratio of fiat is 25 times, then only Grayscale's first quarter capital inflows may push the market value of Bitcoin slightly above $1 billion.

On the other hand, Altcoins did not see capital inflows from Grayscale, and Grayscale's balance sheet is a good way to measure how US institutional investors view the cryptocurrency market.

Similar topics seem to appear in the retail market as well.

Most investors, whether they have been in the cryptocurrency or other areas, are focusing on Bitcoin.

(Interestingly, most of my friends have “formally” entered the cryptocurrency field in the past month. They are all “bitcoin maximists” and have no choice to venture into the world of bitcoin and alternative blockchains.) .

Gone are the days of CNBC’s “Quick Money” section reporting how to buy Ripple or similar behavior.

According to Google Trends data, "Bitcoin" not only continues to search for more than "Ethereum" and "encryption", but also has a larger percentage of search volume growth. Below is the trend data for May 17th, which shows that the search volume for "Bitcoin" is 5 times that of "crypto". This does not show the level of investment, but it does highlight that everyone's eyes are focused on Bitcoin.

Its analysis tells us that on May 17, there were 25,352 tweets with bitcoin tags, 5,501 with Ethereum tags, 5,172 with XRP tags, and 1,574 with Litecoin tags. Not surprisingly, the lower the market value of an asset, the fewer times it is mentioned by social media.

The market itself also seems to show great preference for Bitcoin, even though you see the data on data sites like CoinMarketCap (not always correct).

All in all, Thor explained that market-leading data on certain websites is totally unrepresentative. He clarified his point of view by “volume-weighted market dominance”, revealing that 80% of all cryptocurrency transactions are centered on bitcoin. He wrote:

“Because of liquidity, Bitcoin is clearly the dominant currency. In terms of market share, it has remained above 80% and has an upward trend.”

All of this means that the current attention and money pouring into the cryptocurrency ecosystem is entering the field of bitcoin.

Bitcoin's dominance of bitcoin may also be related to the simple cryptocurrency market cycle. Chris Burniske, a partner at the password-friendly venture fund Placeholder, published an article on Twitter earlier this month explaining the issue in detail.

He said that when Bitcoin rebounded, as we have seen in the past two months, "most of the 'alt' fell against bitcoin."

Burniske attributes this to the fact that Bitcoin is the main liquidity provider in the field, so it is illogical to sell Bitcoin most of the time. He added that the large investors he called "whales" will eventually turn to altcoins that lose their appeal to Bitcoin. This led to an "alt-season", and some altcoins had more revenue than the market leader itself.

This is not an unprecedented theory.

As can be seen from the chart below, from June 2017 to December 2017, BTC's share price rose from $2,500 to nearly $20,000, and its dominant position increased by 27%. Then, once Bitcoin peaks, capital begins to flood into Bitcoin, causing a dramatic collapse of Bitcoin's dominance.

The same thing is likely to happen, but it is much smaller, but it is eye-catching.

More generally, as the grand illusions of 2018 finally dissipated, investors have devalued the altcoin in their portfolios.

According to Messari's OnChainFX data on May 17, Bitcoin fell 64% from its all-time high. Although this sounds frustrating, the performance of altcoins is much worse. Shares of Ethereum, XRP, Stellar Lumens, Bitcoin Cash, Cardano, Icon, Augur and Tron all fell more than 80% from historical highs.

The likely reason for this is that many blockchain projects are too enthusiastic to deliver.

For example, according to DappRadar's May 17th data, Augur based on Ethernet has only 26 users in the past 24 hours. Although the micro-user group is understandable for a blockchain application that is just getting started, Augur's Reputation (REP) token has $240 million in market capital and is actually the first successful Ethernet-based One of the products that the token sells.

However, the flat performance of the Augur app is just the tip of the iceberg. Such things, as well as all the reasons mentioned above, help explain the poor performance of altcoins on Bitcoin. (shared finance)

How does Defi build its own encryption community in the face of the traditional financially rooted community?