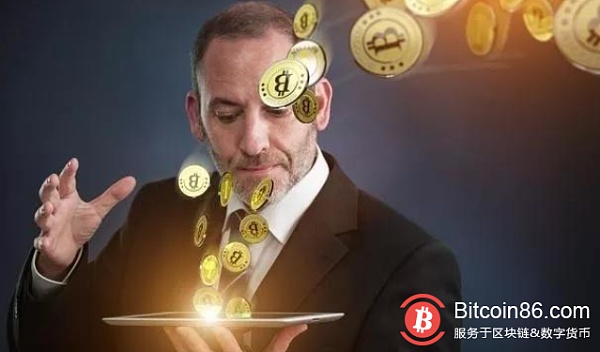 BTC has risen so much that it is not just a fantasy to return to 10000 again. Opportunities in other currencies are also emerging.

The recent rise in BTC has occurred on weekends, making people feel that the bulls are getting into the city – you sleep for your life. At 3 o'clock in the morning, BTC began to pull up. It will break through the previous high of 8349 in one hour. By 6 am, the high point has reached $8,740. At present, the resistance range of 8300-8500 has been completely broken. In terms of volume, although the overall volume can not reach the height of last week, the effect of moderate volume breakthrough may be more benign. From the point of view of each pull since April, the main funds have very strong control over the chips. In this case, a pull-up up may mean that the main force is going to ship. 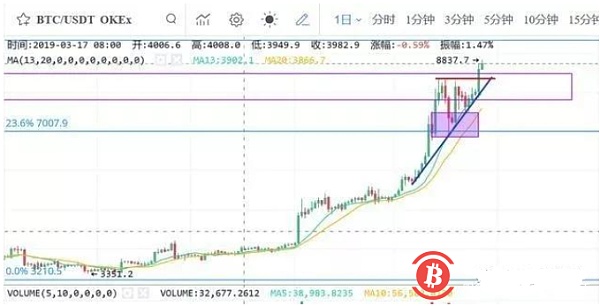 The price breaks through the resistance zone, which means that there is a buying opportunity to step back on the previous resistance platform. On the hourly line, the continuous upper shadow line near 8700 means that a large number of selling in this area in a short period of time may cause the price to fall back after continuing to overshoot this position. If the price returns below 8500, it is better to enter. opportunity.

After breaking the resistance of 8,500, Bitcoin's resistance range at the top directly reached around $10,000. Breaking 10,000 during the year may not seem out of reach.

In the news, a newsletter yesterday was very explosive. The 200,000 bitcoins hoarded by the Bulgarian government have been sold to several sovereign funds and Asian investors through auctions, with an average price of 15,000 euros.

Just looking at this message may mislead investors. The 200,000 bitcoins were seized by the Bulgarian government in an action against money laundering in May of 17 years. A few months later, these bitcoins were auctioned in batches. The last auction was in April this year. . In other words, “average price of 15,000 euros” refers to the average price of previous auctions in the past two years, not the price of recent auctions.

Although the high water level of the 17-year bitcoin price may increase the average price of previous auctions, investors need to focus on the buyers who participated in the previous auctions – “Sovereign Wealth Funds and Asian Investors”.

If only some Asian institutions or family funds participate in the auction may not be news, but the entry of sovereign funds has already indicated that state capital has already recognized the asset attributes of Bitcoin. For the future, no government, institutional or individual investor can make a final conclusion on Bitcoin. Because of this high degree of uncertainty, the reserve bitcoin has become a strategic need.

From the average price of the auction, 15,000 euros is calculated at the exchange rate of EURUSD 1.12, which is equivalent to US$16,800, which is a premium of 93% compared with the current US$8,700. We can't confirm the time of each auction and the average price of the transaction, so the reference of the average price itself is not great. But if strategic investors are willing to pay a premium to collect bitcoin at the end of a bitcoin's last bull market, it also shows the social elite's recognition of future bitcoin prices. So this can also be a social factor that supports the long-term price increase of Bitcoin.

Recently, there has been a significant rotation effect between platform coins and mainstream currencies. When Bitcoin was in the sideways consolidation phase, BNB first showed a continuous pull-up, constantly refreshing its historical high. And in the second half of last week, when most people thought that Bitcoin would have a double top fall, HT and OKB relayed BNB for a while. At the time of the BTC's sharp rise in early trading today, BNB even experienced a decline. At present, due to the overall favorable market conditions, BNB is likely to continue to follow the BTC due to its top ten market capitalization. However, the performance of other platform currencies may be suspended.

HT saw a sharp rise last Friday, breaking through the recent highs and once reached 3.488. Weekends rushed back and there was a buying opportunity. Although the current price may be sideways, the market may be better after the market is rotated.

EOS is currently on the verge of breaking through. The EOS pull-up is the same as the BTC starts at the same time. It is just at 8 o'clock in the morning and it is just on the red resistance line. If you can stand above the resistance line 24 hours today, you can enter it when you step back.

TRX due to the weekend, Sun Yuchen hinted on Twitter to launch a major positive joint venture with BTT. As a result, TRX prices rose sharply and rose 11% on Sunday. However, from the perspective of the large structure of the daily line, his price is still under the pressure of long-term pressure line, and investors can pay close attention to the breakthrough of the pressure range.

BCH has been in the high consolidation range. With the rise of BTC, BCH has also shown signs of upward breakthrough. Currently, the price is on the edge of the resistance zone. The real buying opportunity still has to wait until the price breaks through 450 USD. (Abit Financial)