Bitcoin bull market opened: doubled in two months, who is worse when it is short and short?

“Amazing rise” is a description of the strong performance of Bitcoin in the early morning.

At 3 o'clock in the morning (May 27), Bitcoin once again pulled up strongly, and the price broke through a new high. After successfully breaking through the previous high of $8,300, it quickly rushed to $8810, followed by other cryptocurrencies. .

Bitcoin’s performance in recent days has indeed been unexpected. In fact, since it fell to the bottom of $3,200 in December last year, this year’s bitcoin seems to have “opened up”, especially in the past two months, bitcoin prices have quietly entered a skyrocketing Fast lane.

Many people began to use this "unpredictable" to describe this rise. As bitcoin prices climbed, more and more people believed that the cryptocurrency "bull market" was opened.

“Bitcoin is really a cow*, where is the top of this year?” “It’s still possible to break new heights.”

In the early morning of May 27, after several days of shock adjustment and a surge, Bitcoin once again ushered in a new price this year. After breaking through the resistance level of $8,300, it even hit $8814 in the short term. For a time, the players who held Bitcoin, once again shocked and applauded the eye-catching performance of Bitcoin.

Although Bitcoin is eye-catching, it is not unique.

At the beginning of April, Bitcoin once again returned to the mainstream with a long-lost Sun Line, which rose by more than 17% in one day, the highest single-day increase this year. At the same time, the strong rise of Bitcoin also led to the rise of other mainstream currencies, of which BCH performed most prominently, with a cumulative increase of over 75% in two days.

After 10 consecutive days of rising, starting from May 11, bitcoin broke through 6,700 US dollars, 6,800 US dollars, 7,000 US dollars, and then to 7,300 US dollars. Bitcoin continued to break new heights with an astonishing attitude, and sent a dose of stimulant to the currency circle. .

Next, Bitcoin refreshed people's perceptions again, breaking through $8,000 for a short time and even hitting a high of $8,350. After several consecutive days of gains, Bitcoin began to retreat and the price remained between $7,500 and $8,300.

After a few days of adjustment, Bitcoin rose again and ushered in today's new high of $8810. The investor's sentiment was ignited by the amazing performance of Bitcoin, and the argument of the cryptocurrency bull market began to spread in the currency.

Previously, cryptocurrency analyst Josh Rager had put forward his point: every time Bitcoin experienced a 30% correction, it would always have an average increase of 153%. Investors can seize the opportunity to get on the train during the callback process.

And with Bitcoin repeatedly breaking new highs, more cryptocurrency news is coming out, can people still see 30% chance of a callback?

Reason for the rise

Since entering April, the rise has become the most common word in the currency circle.

Bitcoin will also rise. This is the current consensus of many people, but why it will rise, and the reason for this also needs our attention.

31QU has repeatedly analyzed, from a fundamental point of view, the bitcoin pull is still related to the international situation, the halving of bitcoin, the admission of traditional institutions, the giant's interest in cryptocurrency and so on.

Among them, the most important factor is still the admission of large institutions and large funds.

Earlier, it was reported that in May of this year, international investment giant Fidelity held a special conference on cryptocurrency at its Boston headquarters and invited domestic well-known mine owners. The outside world believes that Fidelity is already quietly deploying bitcoin mining and related energy industries.

This news was confirmed today.

According to news from NewsBTC, Twitter user Justin Moon said that there is a room in Fidelity's office "filled with Bitcoin mining machine."

Previously, when recording with Crypto podcast host Laura Shin, Tom Jessop, head of digital assets at Fidelity, said that as early as 2015, the company's CEO, Abigail Johnson, tapped bitcoin in his office.

On May 26, Fidelity broke out of the Bitcoin mining machine. On the morning of May 27, Bitcoin ushered in a surge.

Like Fidelity, the players in the currency circle are hoping to find direct evidence of the presence of large-scale off-site institutions, and hope to make a correct prediction of the currency price. But unfortunately, the layout of large organizations is quite secret. Players can only find the clues they have already entered from the data, such as the additional issuance of USDT.

On May 25th, according to the news of TrueUSD Printer, which monitors the circulation of stable currency, Tether issued a US$100 million USDT in the early hours of Beijing time. The total supply of USDT currently exceeds US$3.32 billion.

Bitcoin is only one and a half hours apart.

There are also views that the huge bitcoin clearance incident in Bulgaria this week may also be a direct factor in the rise of the bitcoin.

It is worth noting that, according to the data of the cryptographic currency analysis website coinmetrics platform, since 2009, at least the account address of 0.1BTC has increased year by year, and has exceeded 2.5 million addresses so far. This means that more and more people are starting to join the new bull market in Bitcoin.

Air force does not die

"It’s harder to get through the quilt."

The players who did not succeed in "getting on the train" before this wave of ups were frustrated, but what was more uncomfortable than the air was "the Air Force was exploded."

"At 4 o'clock in the morning, mobile phone text messages began to ring." Player Ono gave 31QU a short message from the fire currency, reminding "Your contract margin rate has reached 1.49%", to "strong", only It took a few minutes.

In fact, since the rapid rise of Bitcoin in April, the “air force” and “multiple forces” of the cryptocurrency world have been caught in a cruel “kill”.

The Bitfinex position ratio data on the todamoon website is a visual representation of this multi-air force showdown: But the bitcoin's rising momentum is beyond everyone's expectation. On May 14, Bitcoin's price broke through 8,000 yuan for a short time, then fluctuated between 7200-8000 dollars, and broke through $8,800 in the early hours of the morning.

During this period, the previously predicted “pressure position” was repeatedly penetrated, and the Air Force was violently violent. Since May 17, short positions have plummeted.

"The empty order didn't make much money." Ono explained that he is not not optimistic about the cryptocurrency market. "In order to hedge the risk, it is generally open after a long list, and then open an empty order. But the reality is that the backhand empty list will lose money."

Bitcoin led the gains, and other cryptocurrencies also increased in varying degrees. Ono’s mobile phone text message is full of announcements that are exploding. 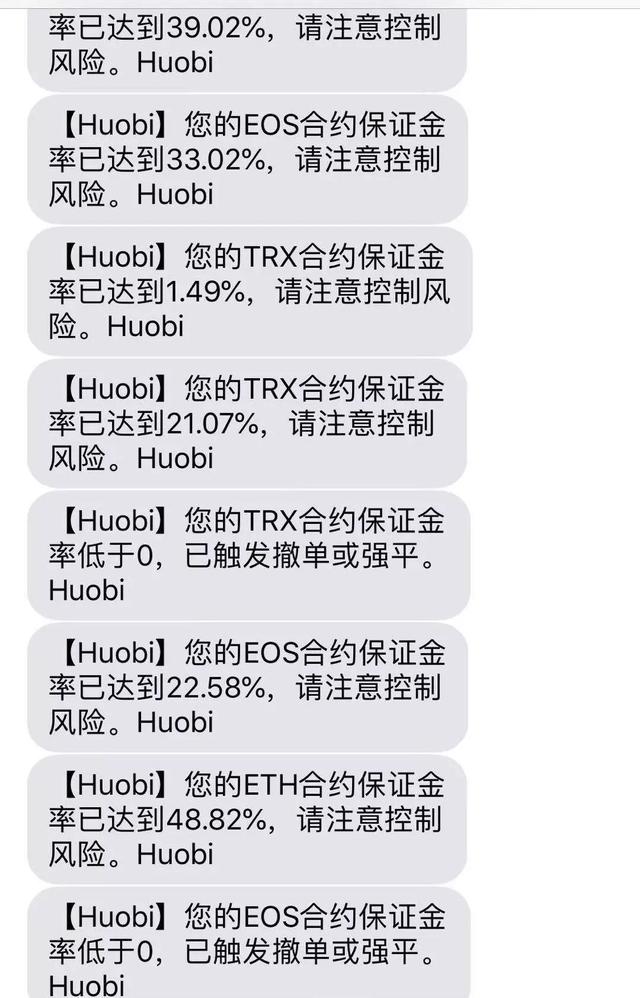 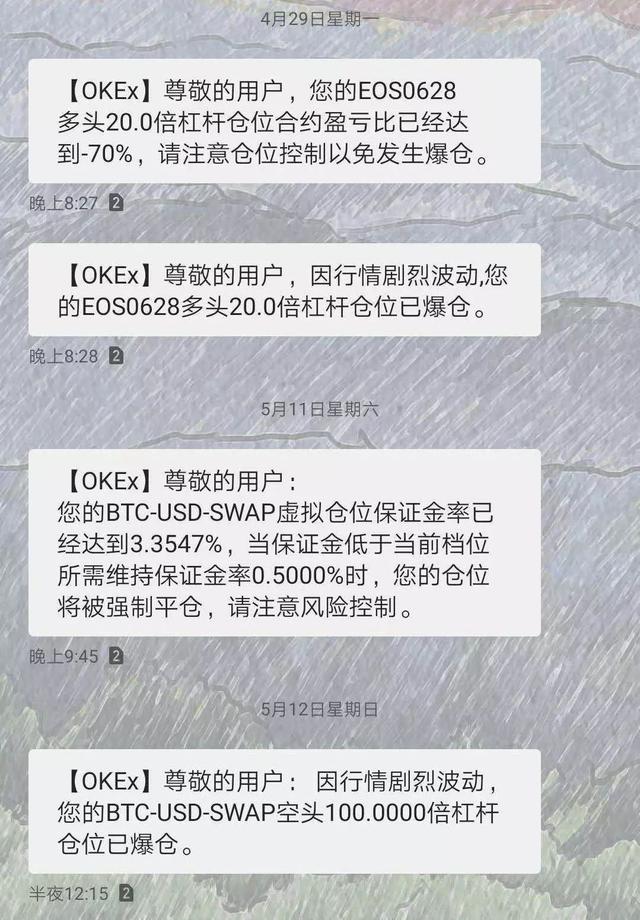 After being blasted many times, Ono is now a determined multi-team.

According to Bitfinex's position ratio, the current ratio of long and short positions is 56:44, and the situation of the multi-air force has reversed.

After the bitcoin skyrocketing at 3 am today, the total number of Bitcoin virtual contract positions rose from 4.3 million to 5 million, a short increase of 16%.

How much will Bitcoin rise?

Therefore, there is a view that perhaps this bull market has been opened in advance. In the long run, Bitcoin may reach $55,000 after halving in May 2020.

According to Bitcoin market analyst PlanB, the value of Bitcoin will reach $55,000 after the next bitcoin is halved in May 2020, and its market value is expected to reach $1 trillion.

PlanB's prediction is based on a newly created predictive model that bases on bitcoin scarcity and uses inventory-to-traffic to simulate bitcoin value, which ultimately leads to the above conclusions.

Today, Bitcoin jumped to a maximum of $8,800, the highest level in a year, and the 24-hour trading volume also rose sharply. The latest data shows that the daily trading volume of cryptocurrency increased by 50% to reach $90 billion, while Bitcoin trading volume More than 57%.

The continued growth in market capitalization means new capital inflows, which can be seen as one of the important signals for the opening of the bull market.

"The Bitcoin bull market is currently entering," and this view is supported by Morgan Creek Digital CEO Anthony Pompliano. In an interview with CNBC, Anthony Pompliano believes that Bitcoin may now be entering a two- or three-year bull market, while he advises investors to bet BTC and include it in their portfolio because "bitcoin is one An unrelated asymmetric return asset."

Asymmetric investment means that investors can get a larger profit while taking on less risk, while non-relevant means that bitcoin is not tied to any country or any real economic indicator. In contrast, the value drivers of all other stocks, such as stocks, are related to the real economy's earnings, GDP, and interest rates.

In the view of BitMEX CEO Arthur Hayes, the recent IEO boom is one of the signals of the bull market return, which means that the bitcoin bulls are returning.

In the latest issue of Crypto Trader Digest, Arthur Hayes explained that just as ICO became the catalyst for Bitcoin and Ethereum in 2017, as an upgraded version of ICO, the IEO model might be Speculators return to one of the powerful catalysts in the encryption industry.

Since the beginning of the year, the IEO model, which has been restarted by the currency security, and other exchanges, has achieved great success, setting off a wave of bull markets in the digital currency market. Recently, Bitfinex has joined the camp in less than a month. At the time, Bitfinex raised $1 billion through IEO. On May 13, Arthur Hayes forwarded Twitter, "In less than a month, Bitfinex raised $1 billion through IEO, and the bull market came."

Nowadays, there are still a large number of projects in the currency bank LaunchPad. In fact, the IEO model has not died. 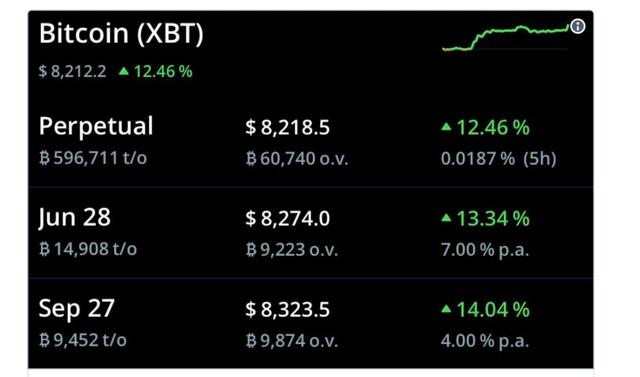 On May 20th, Hayes wrote on Twitter that the September and December bitcoin futures contracts again generated a premium.

"The bull market is here, this time is true." Hayes said again.

“What is the most reasonable price for Bitcoin in the foreseeable future?” Cryptoinfobase asked on Twitter.

"The bitcoin price has no upper limit." Chan Chang, CEO of Changan, replied.

(This article does not make any investment advice.)

Bitcoin adoption continues to rise despite warnings from Nigerian authorities

Qi Wei, Member of the Standing Committee of the Political Consultative Conference of the Inner Mongolia Autonomous Region: Promote the integration of blockchain technology and business operations