May 22, 2019. On the Change.org website, a netizen named Karyn Temple launched a petition called Remove Faketoshi. The topic of this topic is to ask the name of Oban to be removed from any Bitcoin-related copyright documents. More than 700 netizens signed the petition.

On October 31, 2008, the Bitcoin white paper was published by the founder of Bitcoin under the pseudonym Satoshi Nakamoto. The true identity of Nakamoto has been a mystery for ten years, and many suspects have appeared, but no one is certain. 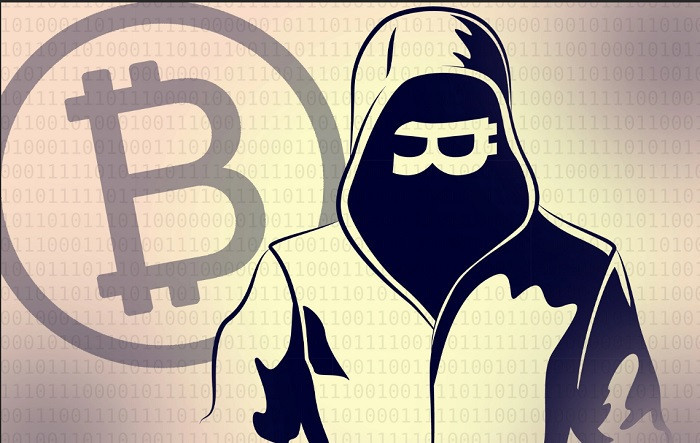 The netizen described this in the petition statement: "In all these chaos, Craig S. Wright, his known fraud includes forging many documents, including filing a fake e-mail in a billion-dollar lawsuit, claiming that Nakamoto Satoshi The throne is owned by him, and in the face of evidence of the claim, only forged documents are always given.

A few days ago, he crossed the line by submitting the copyright of the Bitcoin white paper, which is considered sacred to many people, which led many easy-going people to invest in the so-called "real bitcoin", Bitcoin SV – His creator, Craig S. Wright, made himself look like Satoshi by making a BSV. This is a very unethical act by Craig S. Wright, and the real Satoshi can't even object to this claim because he has and may want to remain anonymous. I hope that Craig S. Wright's name will be removed from the copyright of the Bitcoin white paper." 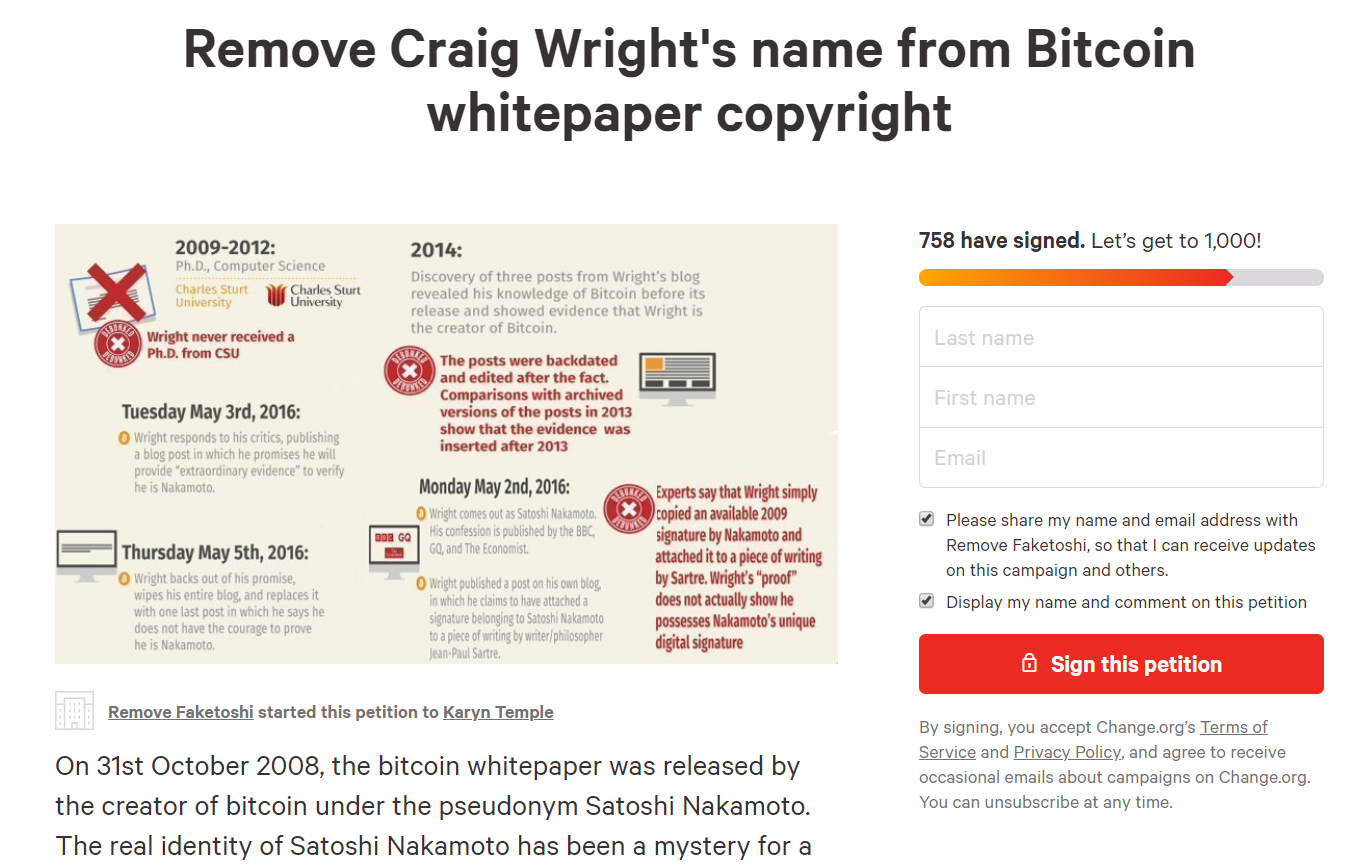 It is obvious that a vote cannot change anything, but there is more than one voice of such opposition. Just as Craig S. Wright proved himself through the court, the ridicule and embarrassment of himself did not stop. To say that Bitcoin SV is also forked from Bitcoin, is not a currency that is out of nothing.

In the circle where the decentralization of the blockchain is king and the consensus mechanism is the main body, why do you abandon the coin itself and hold the leader of a community. 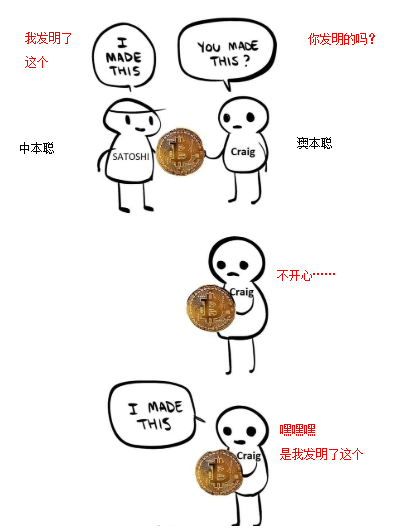 It makes sense that the clown audience in the currency circle has seen more people. How come to Craig S. Wright, can't let it go?

This is a circle of technical geeks, advocating code is law, but now, even through the website to request government assistance, this is a bit out of the ordinary.

Bitcoin has a big circle. This person has been meeting with NChain's chief scientist's label for a long time. Craig S. Wright has won the famous American original Bitcoin white paper and most of the original bitcoin code (version 0.1). Copyright registration.

Importantly, the registration issued by the US Copyright Office indicates that Wright is the author of the white paper and code. This is the first government agency's endorsement of Craig S. Wright. According to the current script, CSW is not only the creator of Bitcoin. Still, nChain is a global leader in blockchain technology consulting, research and development. 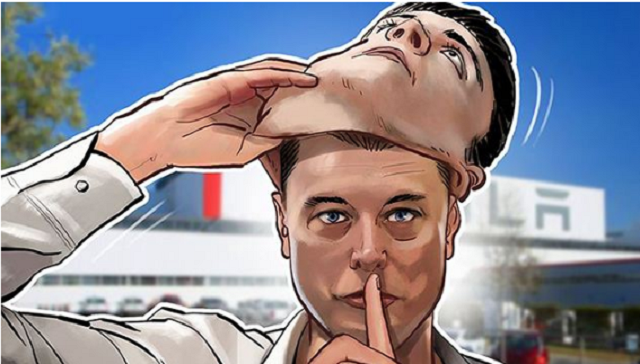 The pseudonym Satoshi has long been recognized as the author of the Bitcoin white paper, first published online in 2008, and was the author of the first bitcoin code used in January 2009. In the past 10 years, the true identity of the creators of Bitcoin has been a strong curiosity.

In late 2015 and early 2016, some media reported that Craig Wright was the news of Satoshi Nakamoto, which caused a major controversy. It is worth noting that when reviewing CSW's copyright application, US copyright examiners realized that the Bitcoin white paper and code were “famous works” and that there was a lot of controversy about who is Satoshi. Upon receipt of the confirmation by CSW that he is Satoshi Nakamoto, the Copyright Office grants the following registration: 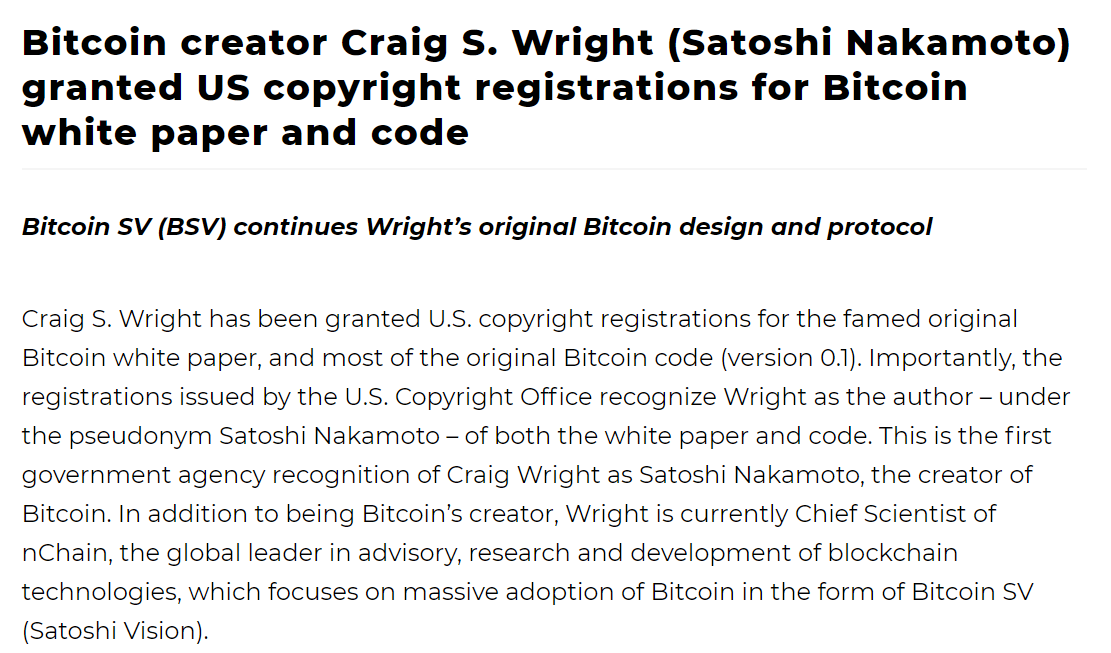 Second, the US copyright registration number TX-8-708-058, effective date is April 13, 2019, for the computer program called Bitcoin, the year of completion in 2009 and the first publication date on January 3, 2009. The registration uses the pseudonym Satoshi to identify the author as Craig Steven Wright. Wright has written most of the content of the Bitcoin client software version 0.1, and the registration covers some of his content.

CSW is now legally certain that he is the creator of Bitcoin because seeing his original bitcoin design is confused by the protocol developer community. The first is BTC Core in 2017, and then by Bitcoin Cash [BCH] Developer in 2018. The changes in the Satoshi protocol were made by developers who disagreed with whether the blockchain should scale up. Importantly, CSW stated that “Bitcoin is designed to be a monetary system that operates within the existing legal framework”.

This is different from the path that other developer teams are trying to follow, and they are creating an anonymous system along E-gold and Liberty Reserve. This allows Bitcoin to interact with the existing global financial system rather than seeking a black market trading system. 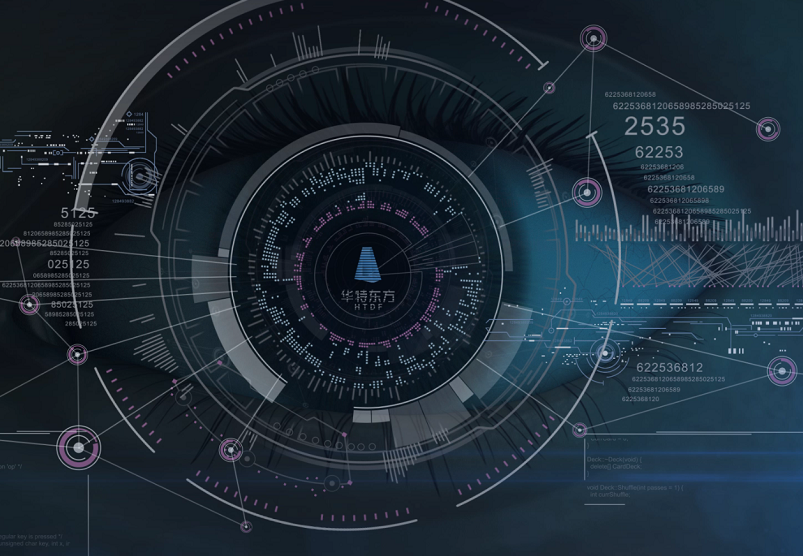 CSW and nChain are working hard to restore Bitcoin's original agreement, ensuring the vision of its massive blockchain expansion in the form of Bitcoin SVs, and keeping the BSV designed to work within existing frameworks when Bitcoin is created.

After the first bitcoin hash war in the world in November last year, BSV appeared to ensure that Bitcoin's Satoshi vision continued to exist. In the future, CW intends to transfer the copyright registration of the Bitcoin Association to the Bitcoin ecosystem. The Bitcoin Association is a global industry organization for the Bitcoin business. It supports BSV and has Bitcoin SV client software.

Founder Jimmy Nguyen commented: "We are very happy to see Craig Wright as the author of the landmark Bitcoin white paper and early code. Craig knows more clearly than anyone else that Bitcoin is a large-scale The blockchain can provide global e-cash for billions of people and become the global data ledger for the largest enterprise applications. We look forward to working with Craig and others to ensure that his original vision is recognized as Bitcoin and passed BSV implementation."

Time has passed for a long time, and everyone will not be embarrassed. You can believe and believe that Bitcoin is not a code, not a future financial system, but a special consensus that cannot be replaced by other cottage currencies or forked coins. The ownership of this bitcoin that a group of people care about competes for a big fight, but it is a farce.

Perhaps the bookmaker behind Bitcoin is diverting. They use everyone's support or opposition to CSW to guide everyone to a world with a higher short-term value or a new consensus BSV. Perhaps the US government intends to take over Bitcoin, so it will test the position of each community in this incident. Using the eye-catching clown of CSW, it is the scene of this game to claim that the ownership of Bitcoin actually belongs to the US government. . But at the moment, there is no other way than to take the bit faith in your hands.