After Bitcoin's new high, it made a narrow range of fluctuations in the 8700 US dollar line. At the same time, other mainstream currencies also took the opportunity to take turns, first the Litecoin, then the grapefruit. As long as Bitcoin has the desire to continue to rise, the capital is moving, and the currency rotation is a certain event.

At present, the signs of the first bitcoin have not yet appeared, and the strength and heat of the funds are still not reduced. It can be considered that this position is not yet top, and there is still enough kinetic energy to continue.

Today is a story about a flock.

There is a small steppe, plump and lush, green grass and green onions. At first, only a few sheep were grazing. Later, sheep from other places found that this grassland had fewer sheep than other grassland environments, so they all ran to eat grass here. Gradually, the sheep here are from the beginning, dozens, dozens, and finally hundreds.

All the sheep are very happy, because they have never eaten such a good grass, although the sheep around them are very crowded.

Some sheep saw this scene and graze in advance according to the place. Although it was said to be a fool by other sheep, along with a variety of broken thoughts, this sporadic sheep still walked away without a break.

Everyone found that a few sheep left the still beautiful grassland every day, and the whole heart was full of doubts.

One day, many sheep suddenly found that the flocks that had come in from the grasslands were eating wild, and looking at them, the grasslands before were also very lush.

The flock mentality begins to worry.

At this time, somehow, one of the sheep rushed out, and then several suddenly ran away. Everyone saw the wrong situation, the atmosphere of panic was suddenly ignited, and they all began to run wild.

But they found that outside the prairie, there were shotguns that had been shot by a group of hounds and hunters.

After eating enough, I can just get on the road.

Whether the trading market is slowing up or skyrocketing, the price increase is based on the increase in position positions and the decrease in selling. No matter how the market achieves price increases, the chips will gradually spread.

The chips are scattered, either the main force is finished, or the main force is not completed and the car is heavy. In any case, a big dishwashing is needed: the main harvesting of the market's chips and the formation of power concentration again, the retail investors to make money-making effects to form a stampede.

This accumulated position and market sentiment will one day erupt, and the herd effect will increase market panic. Either the panic led by the main force or the systemic risk formed by the market spontaneously.

Everyone always thinks that they are not the last one, so they are slowly grinding with hope and hope to make more money.

If you are not waiting for money, but a pit buried, will you wait any longer? There is no regret in the world.

Q: I want to make more money and don't want to go to the air.

A: Then hold the currency, no leverage. If you make money, you will withdraw the leverage and leave the spot as a long-term belief. Even if it is the day when the cliff comes, you still have plenty of time and a stable attitude to sell the spot and rest.

Greed is to make a fortune for the bull market, and greed is a taboo for the currency market.

It’s a new height. The small-level Bollinger has a close-up, and this position is strong, and there is no head mark yet.

The next goal is definitely more than 9,000 dollars, even if it is a fake breakthrough, it will come. In order to avoid the impact of the fake breakthrough, everyone should ambush ahead of time, or reduce the leverage, and quickly arbitrage and retreat.

At present, the price of Bitcoin has been broken, and there will be impact kinetic energy after a high probability. No matter how much you can, you have to control your leverage and try to operate within twice as much to avoid a profit retracement.

Don't guess and guess the bottom line. In this disorderly market, huge fluctuations occur frequently and the direction is unpredictable. If the technology analyzes that a certain position can be done or shorted, there will be a thinking inertia to form a brand of thought, and it is easy to make a highly leveraged stud. Even the master will become a leek.

In fact, the big Yangxian line in April and May this year has established a bull market, and the running of funds can push the price of the currency so rapidly.

The short-term increase is too large, it is indeed necessary to carry out wide-ranging shocks to clear the float. For some long-term investors and institutions, the current price level is not very attractive. If you are washed off the car, you may be able to pick up the price at a high price.

A systemic callback that may occur in the third quarter will be valuable, with the only cheap chip buying opportunity in the second half of the year.

Q: Why is Bitcoin going to rise all the time?

A: Low market value, high liquidity, concealment, security, non-tampering, and inability to centralize control. It can be speculative to make money, value storage, and represents the future of blockchain technology. Bitcoin must go up, and the long line must rise. Yesterday evening, the pin was just a long trampling, exploding the futures and long hours. Currently in good shape, linked to Bitcoin.

The Litecoin has been sorted out for more than a month and a half, and the high level is determined to have been completed. If the position is top, then it has already been lowered.

Control the leverage, do more properly, prevent sudden falls, and keep positions in the position.

Although the halving of the Litecoin has basically been fulfilled, it can still be expected to be a wave of speculation in July and August. After all, many people do not know that the benefits of Litecoin have been largely realized.

Wait for it to continue to rise, don't be washed off easily. 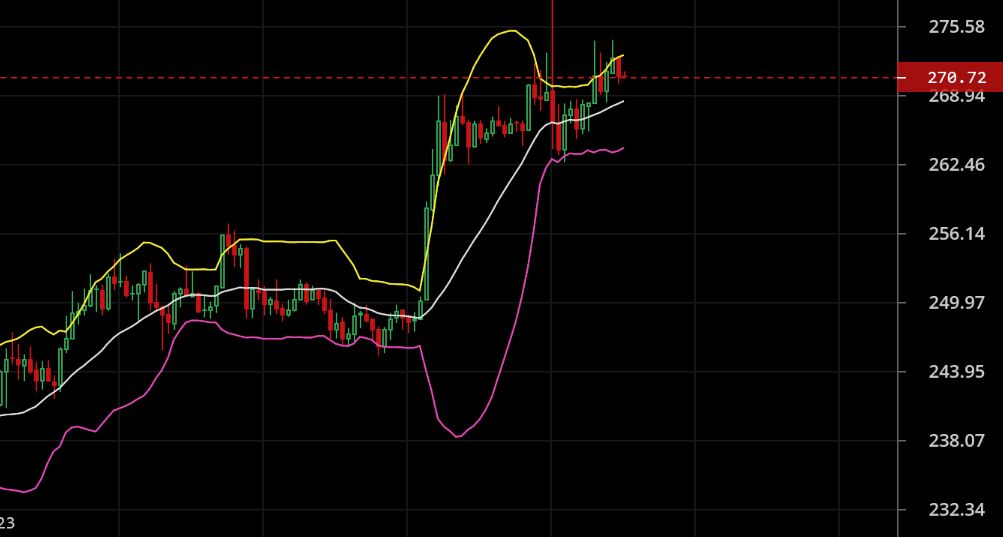 The intensity is not weak at all, and you are interested in buying it in stock.

It is still the original point of view: the market of Ethereum is not over yet.

The weekly level MA7 has already passed through the MA30, and the annual level of the main rising wave has just begun. It is a buying opportunity to fall back to the MA7.

The market will not repeat the opportunity. Wanting to get cheap chips requires the market to panic completely, and the current environment cannot simply ignite the emergence of panic. Therefore, buying Ethereum in batches will be a good operational strategy.

Plunging is a chance to increase positions, long-term ideas are established, short-term avoidance of frequent operations, easy to wash yourself off the car, not worth the candle.

Yesterday said: the long line has been rising, after the small step is all over, the market is not over . Linked Bitcoin, now a new high, the momentum is still strong after the adjustment.

Now that there is a 20-point big Yangxian line, the signal gun has already been played, so there is at least a final madness. Even if it is a fake breakthrough, you can find a vertex between 8~10 dollars.

Still strong, if you have already bought it, you will continue to hold the head and appear. If you don't have a position, you can buy some, and then lie in other currencies, so the price/performance ratio will be much higher. A few days ago said: rising relay, bitcoin cash has always been such a violent dishwashing, do not be easily washed off the car.

At present, the epic-level market is still brewing, and the individual thinks that the sky is above.

What is scared now is that the systemic risk in the first half of the year comes ahead of time, bringing bitcoin cash back. In any case, holding the spot, the futures earned money to withdraw, keep your train tickets, peace of mind to go up.

Now come to the bottom of the sideways platform last year, but the individual does not think that there is substantial resistance in this position. If the main force has the willingness to pull the plate, it will break through after a short stay in the box.

External funds are injected into Bitcoin cash. Once the money-making effect occurs, the mining union buys mining machines to mine and form positive feedback. In the case of a constant amount of coins, the balance can only be achieved by the rise in the price of the currency.

Bitcoin cash still has a lot of room to rise before the end of the flood season. Therefore, the general direction is still to look at multi-bitcoin cash.

Still the same sentence: buy on dips, don't be washed off. 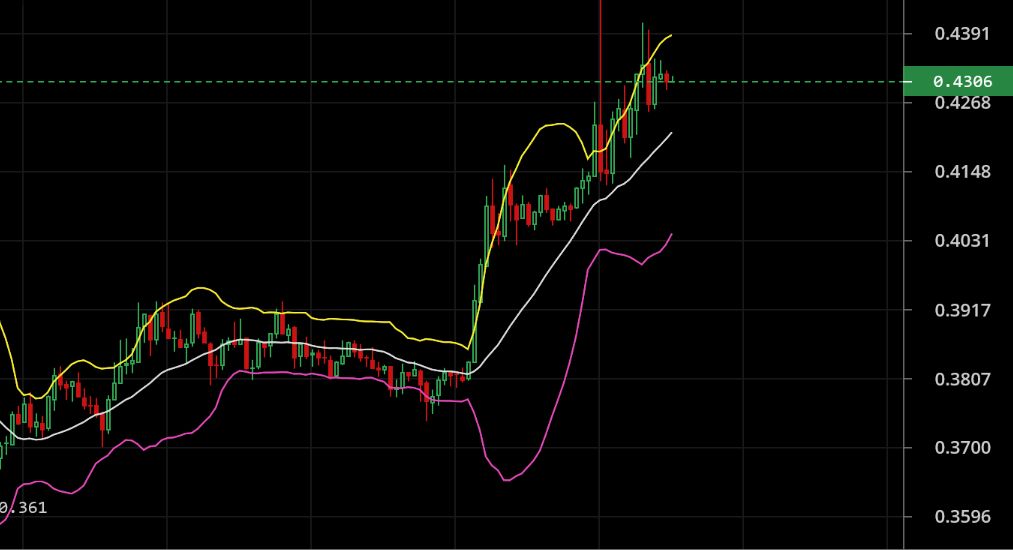 These two days performed well and were in a strong shape.

Try not to chase, and watch more.

BNB and HT are really powerful, so the increase, followed by the upper impulse, OKB is relatively weak. The rise of the platform currency can be said to be one of the bull market signals. Even if it is the last rush, there is still a certain profit space behind it. The sky is already above the sky. Let's look at the operation.

Data show: Gray BTC positions have decreased to a certain extent, and ROI has rebounded in 30 days

The data shows that the gap between BTC shorts and longs is shrinking, and market sentiment tends to stalemate. 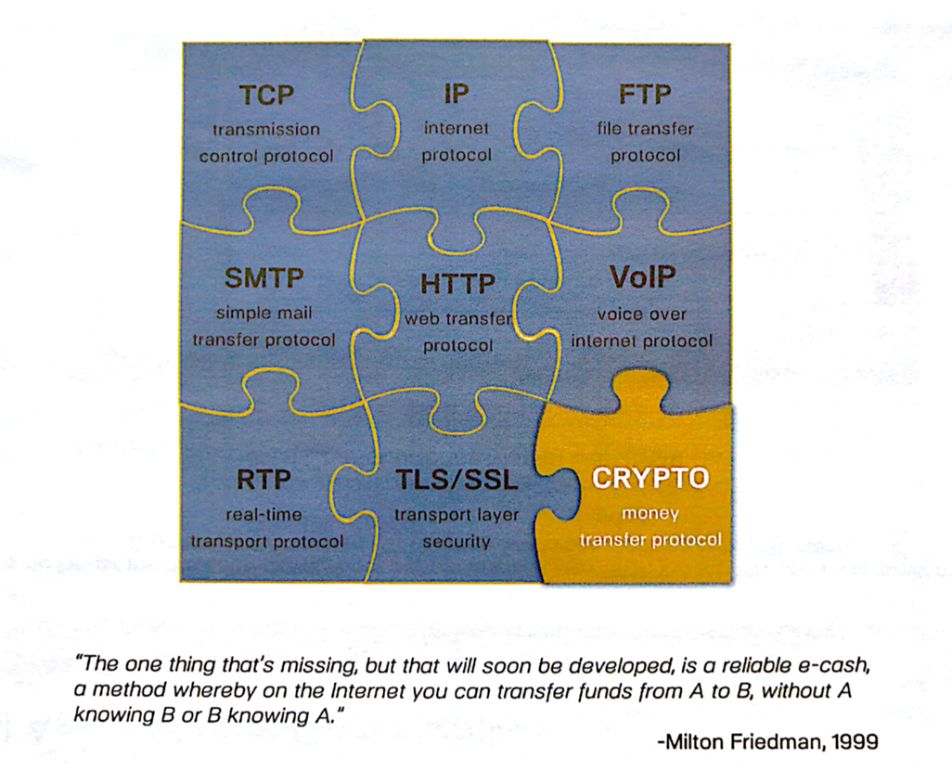