Thunder: The big step is to transform to the blockchain, but commercialization is still a problem. 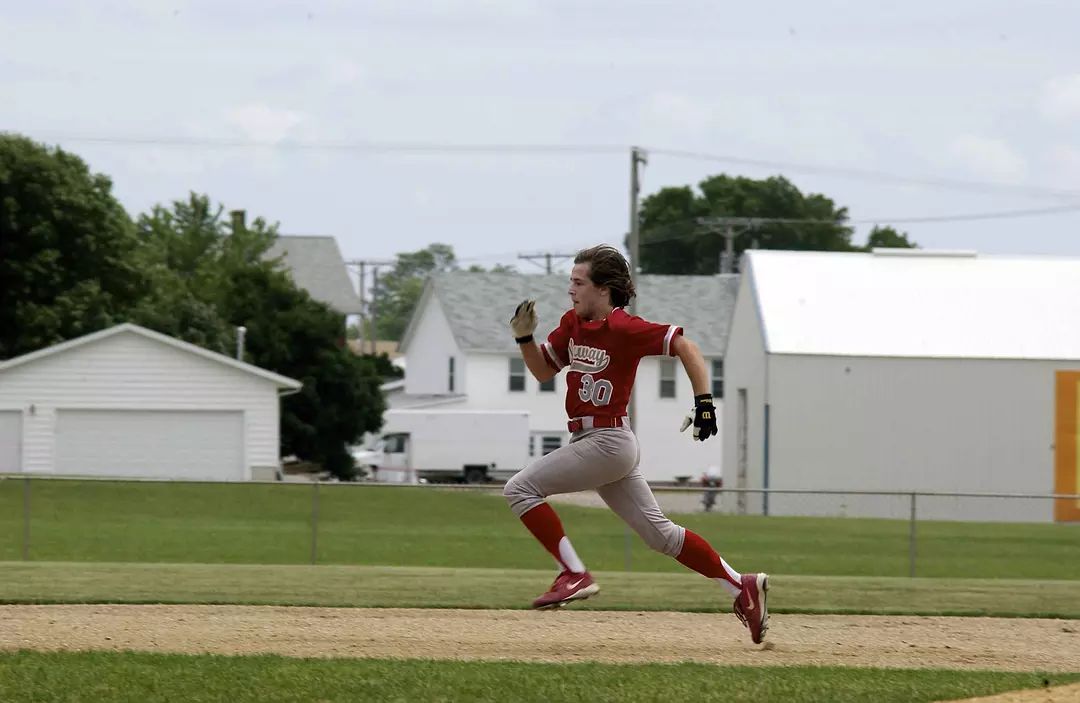 To this end, the Chain Catcher (ID: iqklbs) launched a series of special reports on the listed companies, explored the lively practical experience of these companies, and observed the development path and situation of the blockchain in the real society from the perspective of listed companies.

The third company in this topic is Thunder, and its exploration and breadth of the blockchain is definitely one of the leading companies in the series of Internet companies that have developed the concept of blockchain.

Founded in 2003, Thunder is a well-known enterprise providing Internet data transmission services. With P2P download technology, it has harvested hundreds of millions of users in the PC Internet era and has become one of the most well-known Internet software in China.

However, with the advent of the mobile Internet era, Thunder seems to have not noticed and grasped its revolutionary significance in time, not only failed to launch new products that conform to the trend of the times, but also the data downloading function that it relies on is gradually being used by various online audio and video applications. Weakened, the presence of its brand image in the minds of Internet users has also declined. According to the Yiguan Qianfan Index, the monthly activity of Thunder APP in recent months is between 25 and 30 million, after 100.

In terms of market value, although Thunder’s share price has risen from US$15 to US$27 after listing in 14 years, it has now fallen to around US$4, with a total market value of US$263 million, far less than a large number of individuals emerging in recent years. Horn animal enterprise.

According to the 2018 financial report, Thunder received revenue of 120 million US dollars through cloud computing and other Internet value-added services, accounting for 52.8% of the Group's total revenue, but the cloud computing sector's single share has no public data, and member income and advertising revenue accounted for 35.3 respectively. % with 12%.

Another strategic-level business of Thunder is the blockchain. Its official website has changed its description to “the world's leading shared computing and blockchain technology innovation enterprise” and has carried out many explorations.

The possibility of combining Thunder business with blockchain technology

Whether it is for individuals or B-side enterprises, the services provided by Thunder can be summarized as distributed storage and computing, which is the main feature and concept of blockchain technology.

Through the application of blockchain technology, in the future, personal and enterprise data will not need to be stored in a centralized server, facing multiple risks such as data being tampered with and lost, but stored in a server that is dispersed throughout the country and joins the blockchain network. In the node, the security of the data is guaranteed by a reliable encryption algorithm and a consensus mechanism, which is also the advantage of the blockchain solution compared to the distributed storage solution .

More importantly, the network resource provider can also receive rewards based on its actual contribution under the blockchain economy. The reward also encourages more nodes to participate in the blockchain network and contribute network resources such as bandwidth to enhance the storage. Network stability and reliability. Therefore, Thunder's main business and blockchain technology have a higher degree of integration.

At the same time, many Thunder executives have expressed strong willingness to develop blockchain business and frequently participate in various blockchain conferences and events. Chen Lei, CEO of Thunder, said at the Fortune Global Technology Forum last year, "I am very excited about the blockchain because it is changing the world, redesigning the way we work together, and redesigning the way wealth is distributed."

At the same time, he also participated in the China International Big Data Industry Expo last year, saying that the blockchain is a major technological change in the current society and will have a major impact on the future economy. Focusing on technological innovation and helping China seize this historical opportunity is the historical mission of Thunder and the historical mission of this generation of blockchain people.

Thunder's blockchain strategy is mainly undertaken by its subsidiary, Netcore Technology, and launched the Thunderbolt chain as the basis carrier in April, but the preliminary work has already started at the end of 17 and is closely related to sensitive digital currencies .

At the end of August 17, Xunlei officially released the intelligent hardware player cloud, encouraging individual users to add idle network resources to the shared computing node of Thunder's Star Domain CDN through the device, and users can get the game coin reward according to the contribution. According to Thunder, under this system, the playing currency is issued and distributed in the blockchain network based on the workload proof mechanism, and the network content will register the user copyright and modify the record through the blockchain.

Once the coin was launched and launched, it immediately caused a strong reaction from the market. Even several digital currency exchanges were online. According to non-small data, its currency price rose from 3 yuan to a maximum of 9 yuan in a few days in early November, and the player's cloud smart hardware with the original price of 599 yuan was quickly sizzled to 2,000 yuan on the website of the idle fish. the above.

As a result, the game currency launched by Thunder has suffered a huge controversy. Many voices believe that the issuance and speculation of the game currency is contrary to the relevant national laws and regulations. Thunder first changed the name of the coin to the chain in December 17 and reduced the name. The sensitivity of the above, and then in January 18, closed the transfer function of the chain wallet, indicating that the transfer function between users other than the application scenarios developed by Thunder and Thunder partners is no longer supported.

In September of the year, Thunder also sold the blockchain business related to the chain to New World Technology, but retained all the underlying technology architecture and business such as Thunderbolt.

In April 18, Thunder officially launched the Thunderbolt chain, and said that the Thunderbolt adopts the DPoA + PBFT consensus algorithm under the isomorphic multi-chain architecture, supports the smart contract of solidit language development, has more than 1.5 million shared nodes, and has a concurrent processing capacity of 100. 10,000 levels to meet the needs of large-scale business scenarios.

Chainke is the basic certificate on the Thunderbolt chain. It is also the GAS of the Thunderbolt Smart Contract Service. Each transaction in the chain needs to consume the chain, and the purchaser of its cloud computing service also needs to be exchanged for chain.

After the launch of the Thunderbolt chain, Thunder has always regarded commercial applications as the operational focus , indicating that it will launch 300 million chain support for third-party developers, and has also held several developer contests. At present, there are nearly 10 projects such as Alpha Speed, Quantum Cloud Code, Huibao Mutual, and Lazy Ecology, which are directly running in the Thunderbolt chain or using the Thunderbolt technology, and at least 3 projects are issued based on the Thunderbolt chain. A similar digital asset.

Different from the blockchain chain network such as Ethereum, almost all of the original blockchain applications are applied. The applications on the Thunderbolt chain are almost all developed by Internet companies that already have a certain business scale, and combine their existing services with blockchain technology. .

In the era of mobile Internet, many Internet age leaders like Thunder have failed to keep up with the times. Now they can only commit themselves to the second and third tiers, but they still have great enthusiasm for emerging fields and technologies, trying to win the game. And establish a first-mover advantage to enhance their competitiveness in the industry, reverse the company's decline and even return to the front line.

Thunder is undoubtedly in the era of mobile Internet, but now almost the entire group has All in the blockchain, its strength and breadth is one of the leading companies in the series of Internet companies that have developed the concept of blockchain .

From the perspective of mode, Thunder expands millions of server nodes through the guest cloud, which can provide distributed cloud computing services for enterprise customers, and can provide development environment for application developers as a blockchain network. More individual users form a closed-loop ecosystem. This model has a large bright spot, but still faces a complex competitive situation.

The advantage of the Thunderbolt chain is that more than one million server nodes are difficult to match, whether it is a blockchain project or a traditional cloud service provider, but these nodes also mean greater uncertainty. Many of the guest cloud customers are due to the chain With the high currency price and joining this ecology, as the price of the chain continues to fall, there have been many customers and customers in the near future to defend their rights and complaints. At present, the actual operating nodes of the player cloud and the future situation still have great uncertainty .

From a technical point of view, there is no public accident at the Thunderbolt chain. Thunder as a veteran technology company also has relatively substantial technical talents. Its declared million-level TPS is also quite leading in a series of public chains, but the chain catcher has not found The Thunderchain block browser, and currently the number of Thunderchain applications is small, and its performance data is not supported by any actual data .

Although the Thunderbolt can achieve decentralization of data storage through a large number of intelligent hardware nodes, it seems that there is still a long way to go with the mainstream blockchain network such as Ethereum in the blockchain management system. According to the chain catcher, the current development and operation of the Thunderbolt chain is all handled by Thunder, and the certifier nodes of its blockchain network seem to be controlled internally, which means that the Thunderbolt is largely sacrificed by decentralization. The degree ensures high efficiency on the chain .

In fact, the above is also the general situation of many Internet companies to build blockchain networks, but perhaps different from the original blockchain project, it is more suitable for enterprises to explore the path of compliance.

In general, Thunder has shown great determination to transform into a blockchain. Its main network completion level is not inferior to that of many native blockchain projects, but it is an industrial problem in commercialization. On the other hand, Thunder is also difficult.

However, nowadays, the ecosystem of Thunderbolt has been initially established, and there is indeed a certain leading position. With the development and popularization of blockchain technology, if Thunder can seize the opportunity to create the first-ever blockchain application, There will be an opportunity to become the mainstream blockchain network in the future.