As early as March, BM reported in the telegraph group that the biggest news since EOSIO was established in June, the detailed content did not show more, and the market has doubts about the reliability and extent of this good. But yesterday, the grapefruit led the rise and broke the most eye-catching highlights of the year, behind it because of Blockone's action.

BLOCKONE is the parent company of EOSIO. EOS development team account B1 recently purchased 3.3 million EOS memory. This move caused RAM to skyrocket by 300%. Since then, B1 has held a total of 31.95GB of memory, accounting for 49.92 of EOS total memory. %, become the largest user of EOS RAM. It also allowed investors who had previously ambushed RAM to unwind, and then the price of grapefruit rose to a new high.

For the move to buy memory, many people speculate that it may be related to the major news that will be announced in June. RAM is one of the important resources of the EOS network. It is mainly used to store data, transfer money, and perform resource mortgage and voting. For DApp developers, RAM is just needed, from this point to discuss, will not be prepared for the development of dapp. The EOS development team spent 3.3 million EOS to buy RAM, and I believe it will move in the near future.

A lot of speculation on the Internet Block.one CEO BB said: We are excited about June 1, but everyone is realistic about their expectations, there is no Facebook, Apple or Google partnership, no airdrops. Keep calm and continue building.

In the morning of May 29th, members of the community sent a video of the B1 official wallet in the telegraph group. BM said: “This is our wallet app, I am very happy.” Currently includes the IOS App version that supports TouchID and The Chrome extension version, BM, and in the reply called "wallet embossed recognition."

For BM's so-called big action market, it is definitely a high hope. From the grapefruit price rising, you can know that at least before the official appearance of the results, EOS will have a wave of prices to step on the higher resistance. But the fear is that the greater the disappointment, the more EOS has not seen more practical value after it went online last year, so we still have reservations about this. Recently, the TRX and BTT are also driven by the positives. Sun Yuchen hinted that a major plan for TRX and BTT will be released on June 1. It seems that it is also going to make a big move. Bitcoin's small-scale callback is a normal adjustment. The medium and long-term is still rising, and the positive sentiment of the digital currency market has not subsided. As the volatility time lengthens, the market bulls will gradually be stronger than the shorts, which will help the market to open new heights again. Pay attention to the support level of $8,300 below. After a big chance, you will try the resistance level of $8,900 again. However, the weekly pie line deviates too far, and we must be alert to the weekly retracement risk.

The ether follows the market adjustment. Although the rise of this wave is very slow, the selling pressure is not very heavy, so it is still much in the medium and long term. Short-term ETH does not have a strong active market, it is recommended to hold the currency to wait for the market trend.

The grapefruit is now following the broader market callback and still falls above the 5-day moving average support. The positive trend of grapefruit will be a strong currency recently, so the trend of rising market has not come to an end here, and will continue to try to break through to higher resistance. The callback is an opportunity to participate in the jiacang, and it is recommended to pay attention.

BCH's small correction, the market trend has not been damaged. It has been mentioned that the BCH market fluctuates greatly. If the market is attacked, it is a very short-term operation. It is recommended to hold the currency.

XRP follows the market adjustment. From the decline, the desire to see the bears is not strong, and there is a moving average below to support. High-level shocks do not lag behind, but also have the momentum to make up. Once Bitcoin stabilizes, Ruibo will likely rebound back to the main resistance position. 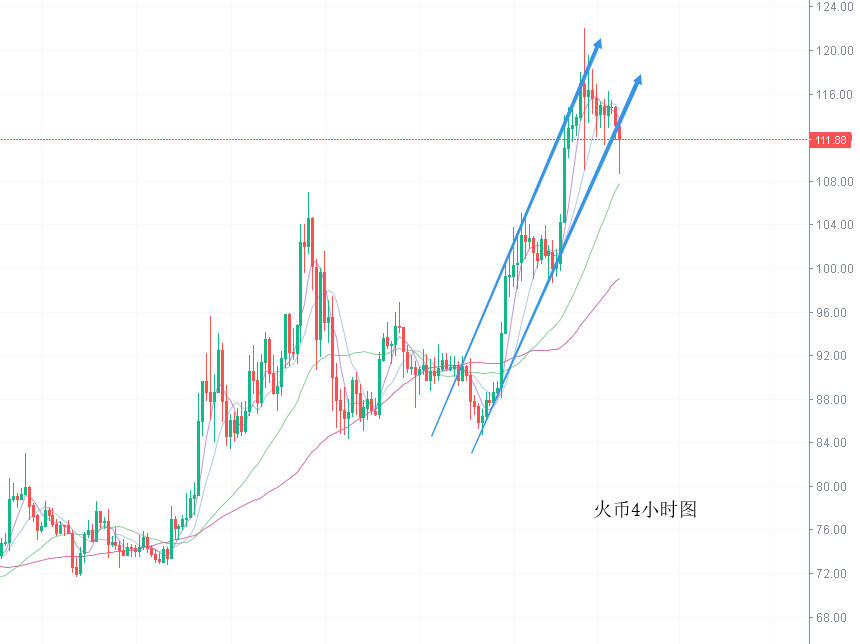 LTC has a callback and needs time to fix it. In view of the market's desire to attack, Wright is still in a bullish trend. In the short-term, there is a need for shocks and corrections. It is recommended to hold the currency and wait and see.

ETC fell back above the moving average, and the inflow increased from the capital level, which is a strong disk. From the indicator point of view, the 4-hour chart moving average and the MACD line turn head down, indicating that the upper resistance area is difficult to directly break through, and there will be a correction in the short term. In the medium and long term, there are many viewings. It is recommended to hold the currency and wait for the market to give direction. The ADA is again adjusted back to the resistance, and the upper shadow line released several times indicates the strong nip area above, which is difficult to overcome in the short term. However, the callback is to prepare adequately for the later rise, and the support signal from the end of the rising market is far away. There is still an opportunity after the ADA adjustment.

TRX is rising fast and the callback is not too small. It is now on the support of the moving average to make adjustments. It is closer to the good release plan that Sun Yuchen said in June, and there is still a stamina and a long-term look. In the short-term, the main market is concussion.