In the early morning of May 28, EOS project side B1 unlocked 9.8 million EOS, close to 10 million. When I saw this news, I was thinking about what BM intended? The market continued to expand the BTC reserve, which was not ruled out at the time.

The day before yesterday finally saw the answer, using 3.3 million unlocked EOS to buy RAM in the EOS network, resulting in a surge of RAM over 200%. In the RAM resource rankings, B1 also ranked first, surpassing Wang Shoufu. 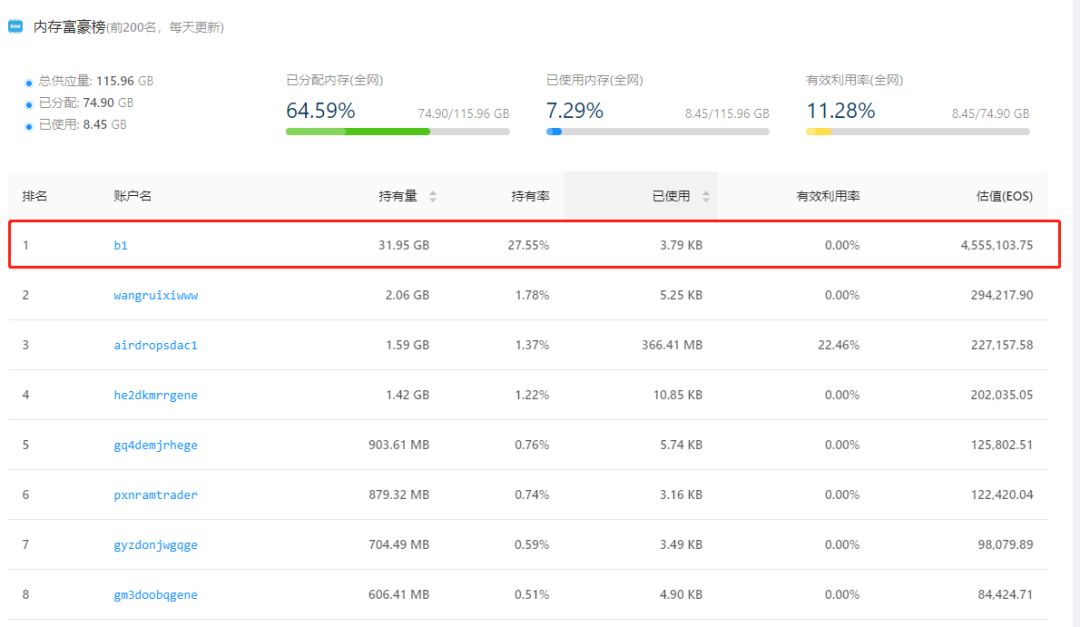 (What are the remaining millions of EOS? It is said to be UBI, the national airdrop? If so, then the carnival is coming.)

Suddenly buying so many RAM resources is definitely preparing for large-scale applications. BM is a big move. So the first feeling is that social MEOS is coming. Because it is like steemit, it also requires a lot of resources to support a large number of users to read, comment, and like. So Weiwen made his own guess, "MEOS, pull it out."

Regarding the six-in-one gift package, I have also speculated before, not MEOS, or DEFI. Because of the smart contract platform, there are currently two main directions, one is DAPP and the other is DEFI. At present, DAPP is already poor, and there are not many hands that can be drawn, and DEFI is in full swing and in full swing.

Therefore, BM dyeing refers to DEFI as an inevitable event. For the stable currency, BM also said that B1 does not do it by itself, but provides ideas, methods, and other teams to do it.

For DAPP, in addition to decentralized exchanges, such as the Whale Exchange, etc., there are not many other talents. Social applications may be a breakthrough in breaking the current DAPP dilemma. BM is undoubtedly the most social experience. Before that, he made a social chain Steem and built Steemit on it.

Steemit is a decentralized social media network, similar to a profitable blog. BM once said that you will not make money on other blog platforms, but you can make money at steem, so many people will go to steem to create content.

The author, like the Bitcoin miners, mines by means of blogging, which is content mining. At the same time, create a very large-scale distributed system to consume the content, fund the content, and form an ecosystem.

Human labor is valuable, just as POW mining is equally valuable. So I was thinking, to make Steemit, let people believe in one thing, that is, as long as people invest their own time to make money, just as they can make money by investing their own money.

BM said, I want to use Steem to lower the threshold for people to enter the cryptocurrency field. Steemit is really attractive, with millions of users and hundreds of thousands of new articles a day. It is currently one of the few landing applications in the blockchain.

The value of Steem is more than 50 yuan at the peak, and then falls to only about 2 yuan.

There is a good conclusion in the interlinkage: Steemit's currency is anchored by the internal recognition of the content, and its internal content and the outside world do not generate value exchange. In other words, Steemit is essentially a kind of behavior, but its token Steem has to exchange value with the outside world. There is a gap in the value identification.

For Steem, the fish boss who sells fish has had the view that this was killed by the wool party. The huge money-making effect attracted a large number of wool parties and bricklayers. As a result, the content of garbage was rampant and the content homogenization was serious.

In 2018, when BM explained the reason for leaving Steem, he said: Mainly technical problems, want to make a more general, programmable blockchain, and Steemit is just a social application, very functional, so Decided to create a new system that is ideal.

This explanation has a certain perfunctory component. In fact, BM is not satisfied with Steem's design, but in the game with the community, there is no support, and can not reconstruct Steem according to their own ideas, so simply left.

From the previous speeches of BM, it is not difficult to see that BM is dissatisfied with Steem's certificate model:

The only identity is the change point that Steem abuses; Steem's "game" principle is unbalanced; I'm surprised that no one is going to challenge Steem; now I need to build something more powerful than Steem with EOSIO, so I can learn to promote EOSIO extensions.

Steem assigns tokens by pledge voting. According to previous experience, large households will increase their share by voting (although the "cake" will become smaller, but their share will become larger).

Although the new system EOS was made, BM's “social” road did not give up. In January 2019, B1 registered the new MEOS trademark, and clearly wrote on the trademark registration: the social network of the blockchain (social network) ).

In any era, social is a real need, can break the monopoly of traditional social platforms such as Facebook and WeChat, perhaps the combination of blockchain + social.

The biggest benefit of blockchain + social is decentralization. Of course, decentralization is not an end. In the short term, it can resist criticism, keep the network from being dominated by power, and protect user privacy, even data rights. In the long run, the future social platform can go to virtual reality, the "number one player" scene you may have seen.

So MEOS will not be a simple Steem 2.0, content community, but a large integrated platform.

MEOS should be a large social network built on top of EOS, and positioning should be the largest social DAPP. This DAPP may integrate social, wallet, and decentralized exchanges to bring these products together and develop into a large integrated platform.

I am more concerned about MEOS than whether it is Steem2.0, but whether it will become a killer application.

For the future, we are all blinded by the blind, until we touch more places, and we can gradually see its full picture.

The process may be more meaningful than the result. For us, being the witness and witness of this history may be the happiest thing. 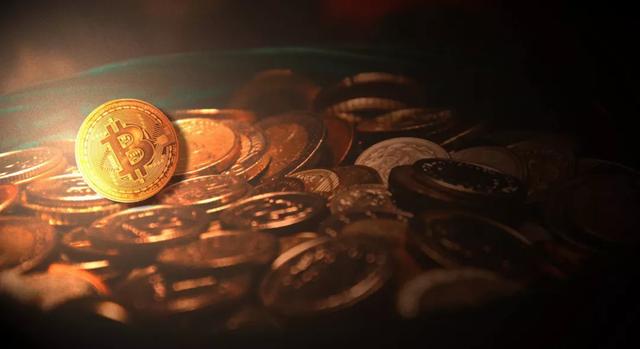