On May 28th, Bitcoin hit a half-year high of 8906.78USDT, and it has risen more than 150% since February, becoming a globally attractive asset. Ever since, many people believe that the spring of the blockchain has arrived.

On the same day, on the forum of the 2019 number of blogs related to the blockchain, Yuan Jun, a partner of the Planet Daily, asked many guests: “Is there a phenomenon-level application in the blockchain in two or three years?” The guest’s answer is still More cautious. Zhining CEO Dong Ning said, "Our industry should be realistic, and now there must be no absolute killer application." Zhang Xiaojun, director of Huawei blockchain project, even bluntly said: "The prospect of blockchain technology can be commercialized on a large scale. Did not appear."

In fact, if the blockchain does not have an inflection point at the landing application layer, the value of most cryptocurrencies will still not be supported, and the final result will be the tragic scene of last year – zero.

Its performance is that although it is invested in the technology development blockchain, but it does not spend energy to run for the application (enable the real economy), the technology seems to only support the appreciation of the currency. Not to mention those altcoins, which are the mainstream public chain projects such as Ethereum, EOS, and Wave Field, DAPPs such as gaming, exchanges, and games dominate, and it is difficult to find applications that are integrated with the physical industry. These blockchains are actually "idling", instead of creating value for the entity, instead of using the "chives" money to carry out a "Ponzi scheme" game. At least at this stage, "coins" are at their core.

Some people will question that applications such as gambling, exchanges, and games are also applications, but these "idle" applications have not created new value. Amaranth will play money from other places in the application of these projects, which is naked. The "zero sum game". 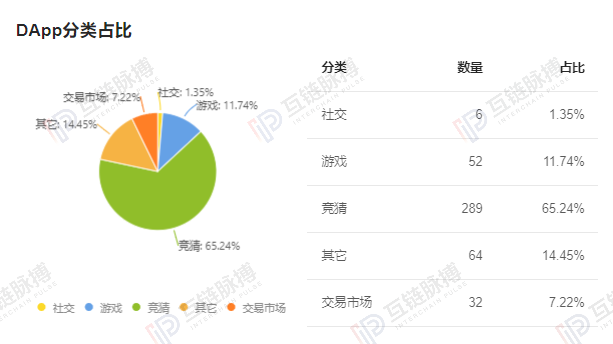 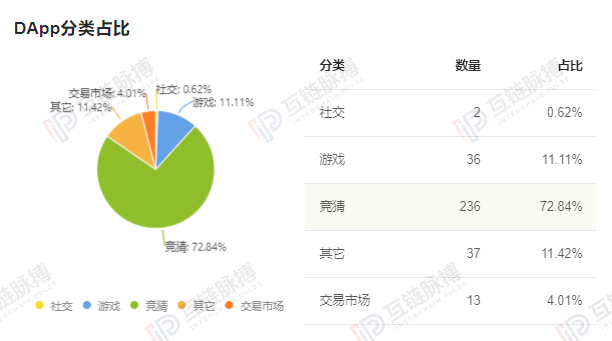 Even if it's full of "idle" applications like gaming, games, and exchanges, the numbers don't look good.

The CCID Research Institute has just released 12 public-assessment index. The statistical period is from April 20th to May 20th. The applicability mainly evaluates the comprehensive level of public chain support for practical application. The investigation includes node deployment. Wallet application, development support and application implementation. However, the data shows that only 11 of the 35 public chains have an increase in the applicability index, and the index has declined overall as compared to the previous period.

In other words, the price of the currency has risen and has nothing to do with the application on the chain.

Investors also don't care about the chain behind the tokens of the investment. For example, the technical content, whether it can support the application of landing, how many landing applications run on the chain, how much resources are consumed, and even whether the main network is online is not the core issue. (As of the end of April, there are more than 400 public chains, only more than 100 main online lines, but it does not hinder investors' speculation.)

The author has joined more than a dozen public-chain communities, and the topics discussed are almost always "coins" without "chains."

On the other hand, the main reason for the blockchain application is the alliance chain, and these alliance chain projects do not issue coins themselves.

Google Trends can also reflect the current phase of "chain" and "coin" separation: this round of bitcoin rose, the trend of bitcoin (BTC) reflected by Google Trends increased, but the blockchain's popularity turned around down. 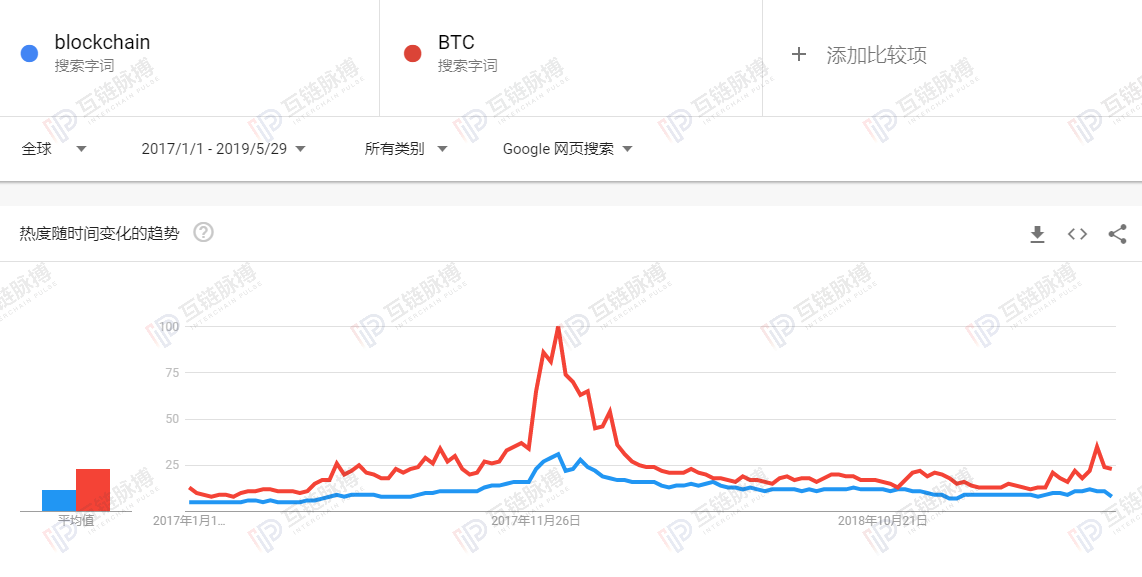 The domestic situation is also relatively close, and the Baidu index search "bitcoin" and "blockchain" have also deviated.

As can be seen from the above situation, under the driving of Bitcoin, various cryptocurrency dogs have risen to the sky, but they cannot represent the blockchain into the spring.

This is not good news for many cryptocurrencies that are not actually used. Once the drumming flower game cannot be carried out, the price of the currency will collapse.

Blockchain applications are still in winter

Objectively observe that the cold chain of coins is the true portrayal of the current development of blockchain.

At the Expo, the guests discussed why the blockchain is still difficult to apply on a large scale. First, the current application of the blockchain is mainly concentrated on the B-end, and the conditions at the C-end are not mature.

The public chain is mainly oriented to the C side. In the "White Paper on Public Ownership" issued by the Institute of Information and Communication, the following reasons are considered that the public chain is not enough to be applied to the entity: First, the identity adaptation problem, the public chain itself lacks an identity authentication system, and it is difficult to carry out with the real entity. Second, the problem of commercial adaptation, public-chain smart contracts are less transparent and difficult to deal with vague or open contracts. In actual social activities, commercial agreements are usually confidential; third, the problem of data adaptation, the "oraclemechanism" mechanism is imperfect; fourth, the problem of legal adaptation. Real economic activities are carried out under the protection of a series of laws such as the Contract Law and the Company Law. However, the current public chain technology structure and design are difficult to adapt to the law.

There are also problems in the application of the B-end. At the number of fairs, Zhang Xiaojun, director of Huawei's blockchain project, believes that what companies are looking for is the revenue generated by technology. The blockchain technology has more functions to reduce costs. The technology is not as direct as the revenue-generating technology, and the enterprise-side application of the blockchain is cold. He believes that the opening of government data is a good scenario.

China's Yuan Yuming holds a similar view. He said that the blockchain is a production relationship, not a productive force (can directly generate income). The blockchain is often more like an institutional change. It may take some time to accumulate a tipping point. There is a stronger killer app out there.

At least in the moment, this time has not yet arrived.

Therefore, at present, we can see that the “chives” who have entered the cryptocurrency investment in the currency price can think about whether they are cutting others or being cut off by others. If you think you are a citizen of the New World, you need more time to wait.