At present, the global digital economy is booming and has become an important strategic location for the development of science and technology enterprises in various countries. As a century-old technology giant, IBM has been at the forefront of technology. In 2018, IBM ranked the second in the TOP100 global blockchain patent list. The exploration of blockchain technology is IBM's smart earth strategy. An important addition, it has made important progress in many fields and has been applied in well-known enterprises such as Wal-Mart, Carrefour, Visa and HSBC. It is an important force in the development of blockchain technology.

Founded in 1911, IBM is a symbol of American scientific and technological strength and a bastion of national competitiveness. In the past 100 years, it has been the "independence and defeat" of the new technology fields in the United States, especially in the fields of computers, software, and Internet services. During this period, IBM established the industry standards in the above fields through competition, and created a basic product model of computer modularization, generalization, standardization, serialization and compatibility, and let the information go through the invention or promotion of various related technologies. Into the government, enterprises and all walks of life, the computer is created as a real industry, promoting the emergence of the software industry and the diversification of the modern IT industry.

In the past 107 years, IBM's technology contribution footprint has spread all over the computing field, and the global technology company that has been ranked first in the US patent rankings for 25 years, from the Apollo moon landing program, the core banking system of the world's major banks to POS machines, ATM machines and barcodes, magnetic cards, etc., IBM has almost always been in the government, enterprises and ordinary people's homes.

In this hundred-year history, IBM has also experienced a process from small to large, from large to strong, and has experienced many reforms and turbulence in the process. In the 1990s, IBM's main business suffered huge losses due to the tremendous changes in the PC and server markets. IBM has transformed into software and services, and has undergone 20 years of transformation and upgrading. In the last decade, it has focused on enterprise services. IBM and the mobile Internet's revolutionary dividends have been lost. Under the leadership of Luo Ruilan, with data and analysis, cloud, social, mobile and security as the strategic direction, the historical transformation of the cloud and big data era has begun. In 2016 alone, IBM's share price soared. 45%.

IBM legendary CEO Gerstner puts forward "Who said that elephants can't dance", the secret of IBM's centuries-old longevity is here, embracing new technologies and constantly reforming and innovating. Just as AI is not as familiar to the public today, the artificial intelligence Watson created by IBM has already defeated the human chess player and laid the central nerve of the later "smart planet." While many people are still only concerned about the price of digital currency or ICO financing, IBM has already made a major breakthrough in the field of blockchain technology. At present, IBM has established a blockchain R&D team of 1,500 people, and leased 60 data centers to other companies around the world, opened up the source code of some blockchain applications, and allowed startups to try the blockchain freely in their cloud. service. The blockchain may be an important choice to continue the next miracle of the "Blue Giant."

Reviewing the technology industry Over the past 60 years, semiconductors and personal computers and the Internet have driven two exponential growth. Moore's Law has guided the development of the information technology industry. Metcalfe's law predicts the prosperity of Internet companies. With the continuous breakthroughs in technologies such as the Internet of Things, cloud computing, blockchain, artificial intelligence, and quantum computing, we are welcoming the opportunity for the third exponential growth. IBM uses "Watson's Law" with its leading technology and years of experience in the industry. (In fact, it is not yet a law. At this stage, IBM's assumptions and recommendations are artificial intelligence in business, smart cities, consumer applications and life. Universal use and application) to help build the smart earth.

Since IBM introduced the concept of "Smart Earth" in November 2008, in January 2009, President Obama publicly affirmed IBM's "Smart Earth" thinking. In addition, in August 2009, IBM also released the "Smart Earth Wins in China" proposal, which soon became the focus of attention in China and the world. Throughout the two years of the world's scientific and technological development layout, IBM's "Smart Earth" strategy has been widely recognized by countries. Digitalization, networking and intelligence are recognized as the general trend of future social development, and the Internet of Things, cloud computing, blockchain, etc., which are closely related to “Smart Earth”, have become the focus of scientific and technological developed countries in formulating their own development strategies. . Since 2009, the United States, the European Union, Japan, and South Korea have launched their own IoT, cloud computing, and blockchain-related development strategies.

According to the requirements of IBM's "Smart Earth" concept, one is to more thoroughly perceive (Instrumented), embedding various induction technologies into facilities such as automobiles, home appliances, highways, water conservancy and electric power, and making the material world data; second, more comprehensively Interconnected, that is, the integration of "Internet of Things" and "Internet"; the third is more intelligent (Intelligent), that is, through the advanced technologies such as cloud computing, supercomputer and blockchain, the massive data is perceived. Analyze processing to make the right action decisions.

At present, IBM's Watson computer has been widely used in more than 20 fields such as medical, financial, legal, energy, and manufacturing. The solution covers more than 50 countries and regions, serving more than 1 million developers and VCs. Companies and start-up companies have realized the perfect combination of the Internet of Things and the Internet, forming a global value network with a blockchain as a link, and gradually building a smarter planet.

According to a recent report by Winter Green Research, IBM has become the company with the largest market share in the blockchain product and services market with a total size of more than $700 million. And IBM has introduced a complete set of enterprise-level blockchain architecture, technology, products and services. According to an investor briefing released on March 8, IBM currently has at least 400 customers related to the blockchain worldwide. Among these customers, 63 have worked with IBM on specific topics: 25 global trading companies, 14 food companies, and 14 global payment companies, including Nestlé, Visa, Wal-Mart and HSBC. enterprise. 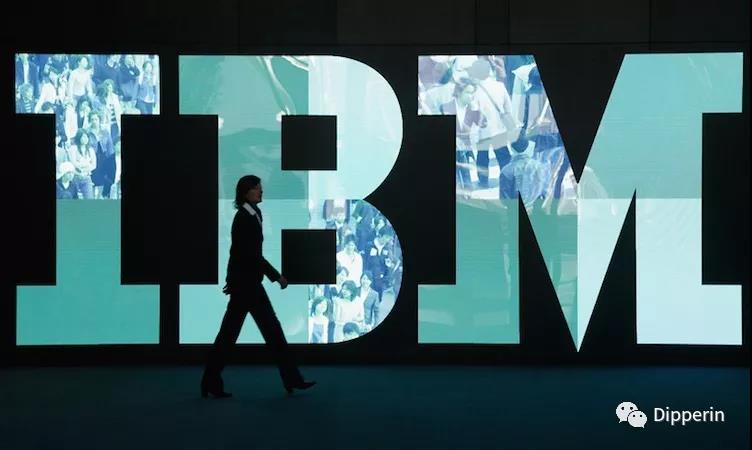 In the financial sector, the IBM Superbook Blockchain project has a significant growth trend and has gradually formed blockchain standards. At the same time, IBM partnered with Stellar.org and Klick ExGroup to develop blockchain cross-border payments that reduce billing time and costs, and enable currency transactions across Pacific islands and 12 countries including Australia, New Zealand and the UK.

In the field of logistics, on June 21, 2017, IBM and AOS collaborated to develop Blockchain and Watson IoT on IBMCloud to improve the efficiency of the logistics and transportation industries across the country.

In the field of food safety, on December 14, 2017, IBM, Wal-Mart, and JD.com jointly established the E-Commerce Technology Laboratory of Tsinghua University to establish a safety food blockchain traceability alliance to improve the transparency of China's food supply chain.

In the field of education, IBM and Sony Global Education have collaborated to develop a new blockchain-based student education record platform.

In the luxury sector, IBM and Everledger are working together to develop a blockchain platform that ensures that all diamonds are certified and follow strict regulations.

As Jerry Cuomo, vice president of IBM blockchain technology, said: “All these things will be reborn because of the blockchain. Our sales team loves the blockchain, because customers who buy blockchain services will definitely not only bring When this product leaves, they will buy a lot of products and services together."

There is no doubt that technologies such as blockchain and cognitive computing may be the best hope for the recovery of IBM's Big Blue. A report on the blockchain released by Juniper Research, a UK market research firm, also gave the same conclusion: In terms of blockchain technology, IBM has become a leader, far surpassing Microsoft and other companies. In addition, in its survey sample, more than half (57%) of the world's large companies are considering deploying their own blockchain solutions, and more than 40% of technology executives and leaders will list IBM as the leader when selecting partners. Bit considers the object.

As more and more excellent companies continue to promote multi-party participation in blockchain applications, more and more consumers and enterprises will be exposed to this technology, and feel the direct impact of blockchain, between theory and practice. The gap is expected to shrink. By then, not only will IBM reshape the smart planet with blockchain, but the blockchain will also redefine IBM.
Author: Pan Pengfei; Source: dipperin

ETC reaches the height of the hard fork upgrade block Advisor to the Minister of Economic Affairs of Russia: The digital economy is a perfection of a traditional economy, not a change

Li Dongrong, President of the China Mutual Fund Association: Blockchain is not applicable to all industries.

Jingdong Express launched the new function of “Chicken Letter”, and the relevant information of the shipping box can be uploaded to the blockchain in real time.