This is a real treasure hunt game.

Everyone can participate as long as you are careful and patient. You can treasure treasures, you can also find treasures, and often very simple , such as this one: 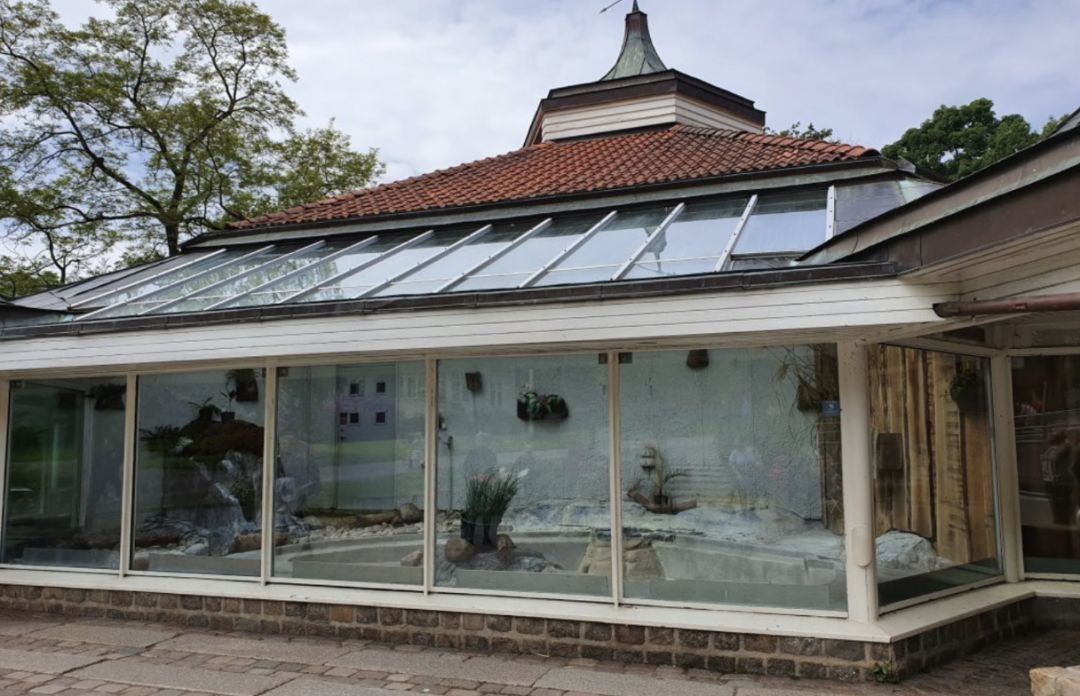 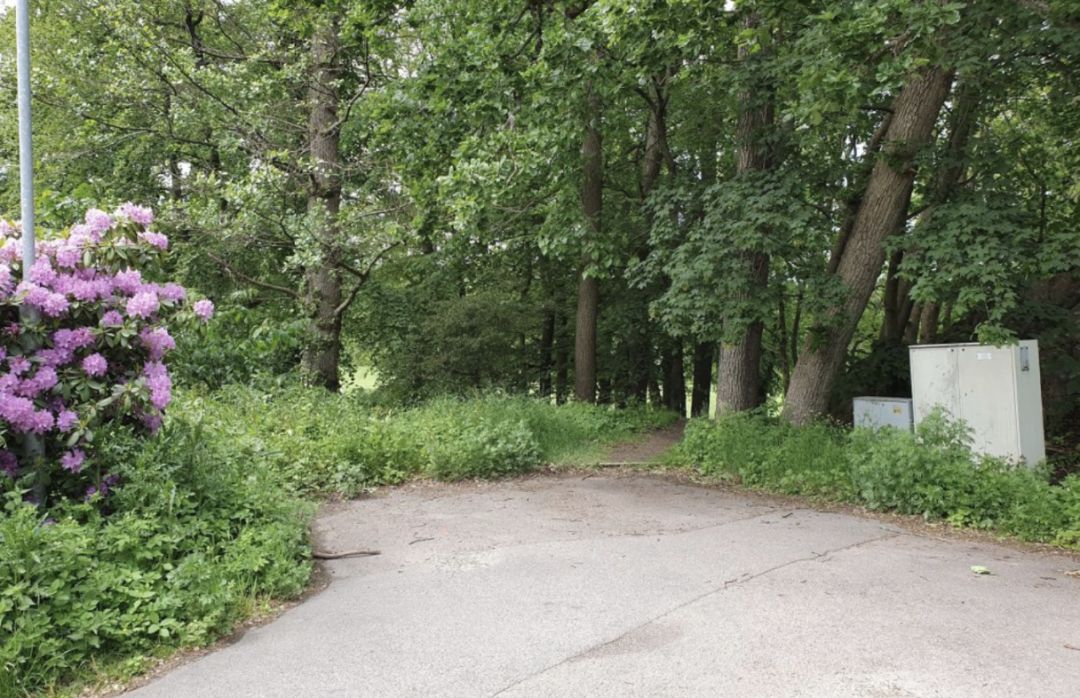 Climb up the hill and find a forked tree. 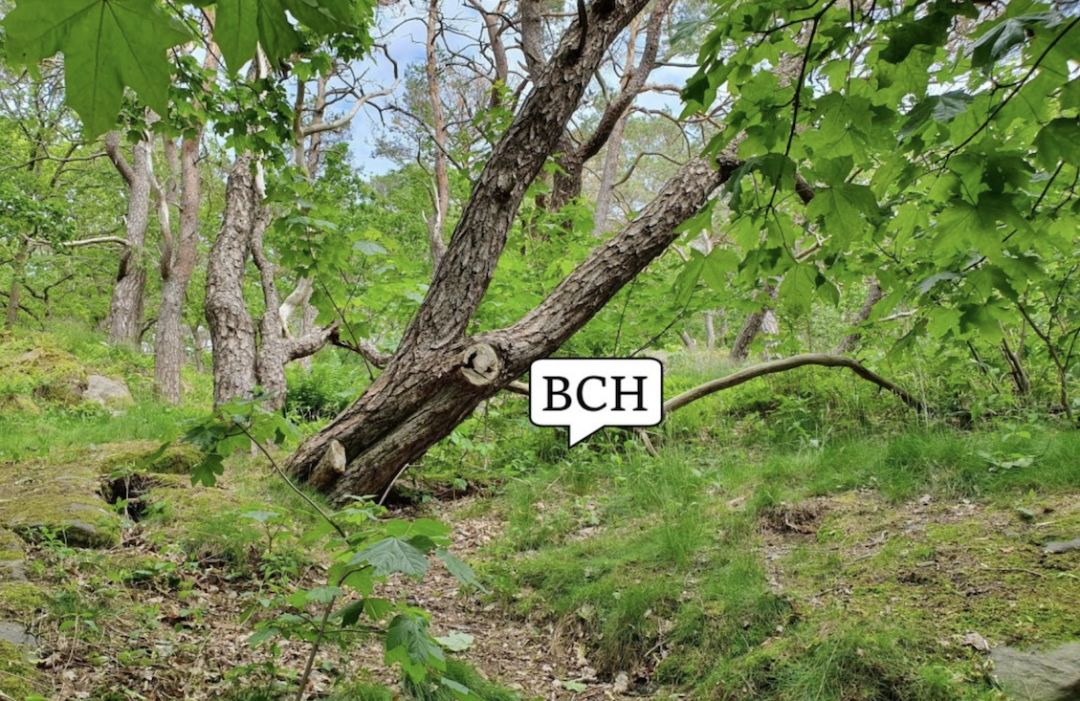 "Surprise" is hidden in the green parrot next to the forked tree. 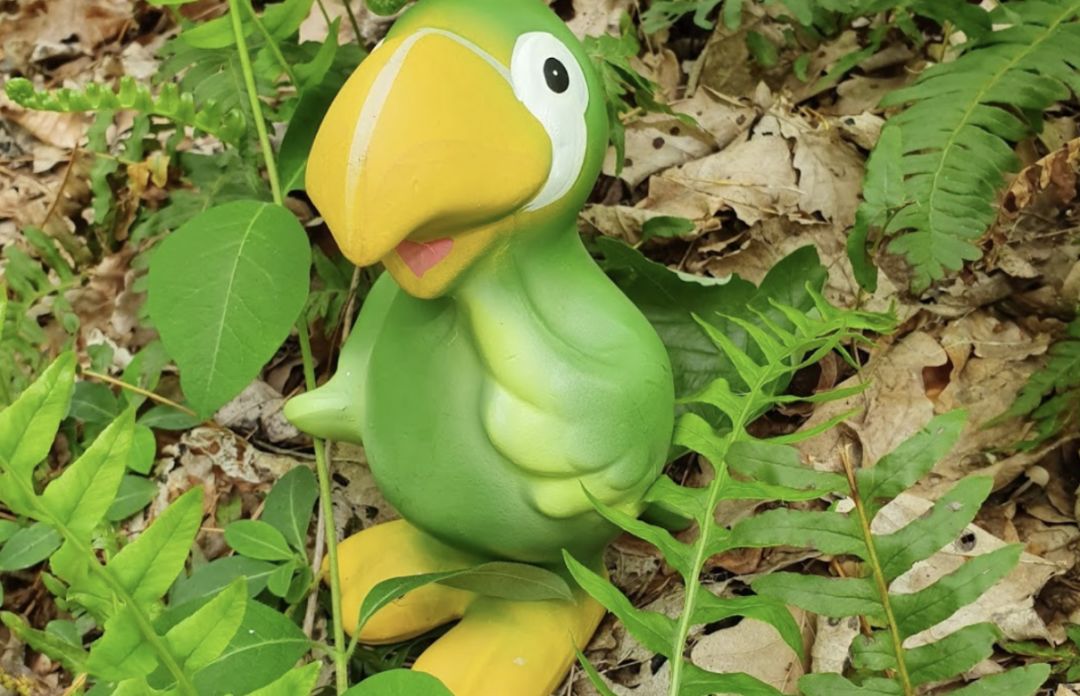 Oh, yes, don't forget to go to the aviary and take a look at the Humboldt penguin. On the ass of a penguin, you can find 0.0999 bitcoin cash (hereafter written as BCH).

What kind of game is this?

The above treasure hunt case comes from the website FindBitcoinCash, whose founder is a BCH loyalty powder called Creativename4 (hereafter referred to as C4).

In an interview, C4 said that the idea of ​​creating this website came from the hard fork of Bitcoin two years ago (2017), which is a faithful powder of BCH. In addition, the Bitcoin Cash Association provided initial funding for his game. 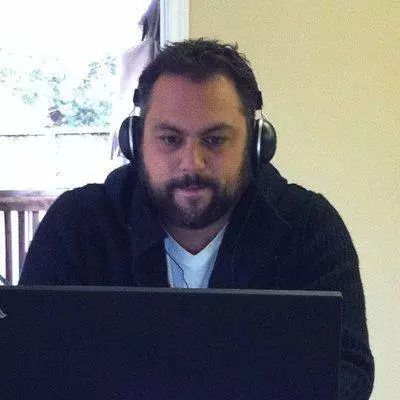 To this end, C4 has launched a "Looking for BCH" game around the world, with nearly 300 wallets hiding in every corner of the globe .

These wallets are available in multiple languages, including English, Spanish, Lithuanian, Swedish, and Korean. Wallets are hidden on pillars in public places, by trunks or in cabinets, and so on.

In addition to Bitcoin cash, some even include Bitcoin SV.

On FindBitcoinCash, users can put different numbers of BCHs in their wallets and leave clues, coordinates and photos to help others find them.

The picture below shows a screenshot of the FindBitcoinCash website, where the circle is the location of the wallet that hides BCH.

At present, St Kilda, a suburb of Melbourne, Australia, is the most probable place to discover treasures in the world. There are 43 wallets still hidden in unknown public places waiting to be discovered.

Today, at the 108 St Kilda Acland, there is a BCH wallet hidden in or around the rubbish bin of the bookstore.

There are several hidden places near Luna Park, one of which hides the clues of "for the fire brigade" and a photo that looks like a fire hose.

You can also get some clues from a small tree in Amsterdam or in a wallet hidden in the "little library" of the University of Louisville, Kentucky. 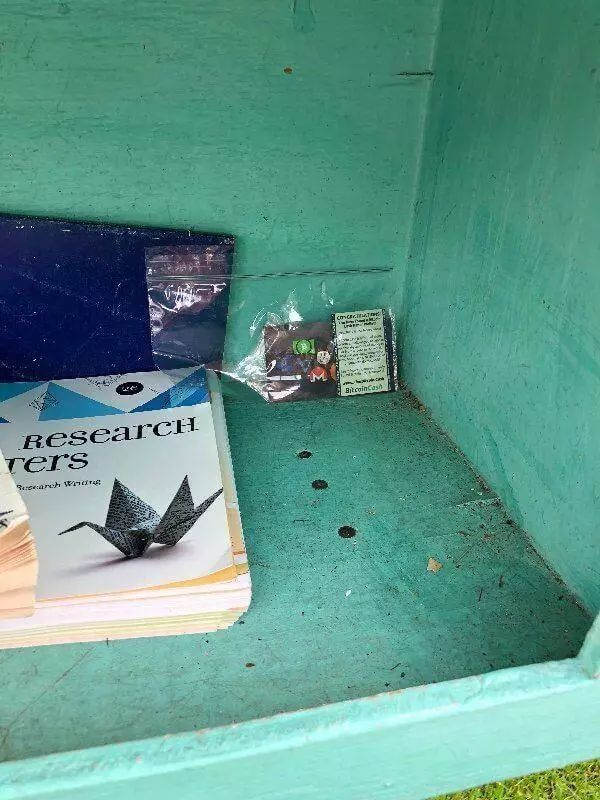 There is a bitcoin cash in this library in Louisville.

What are you waiting for?

Last Thursday, the latest hidden clues were discovered in a park in Maracaibo, Venezuela.

If you're in North America, you have to move faster, because there are only 26 BCH wallets hidden here . There are still nine undiscovered wallets in Louisville, five in Toronto and three in Chicago and Los Angeles.

Whether you understand the digital currency

This is a national "sport"

For everyone who might find a wallet clue, whether you are familiar with the industry, each treasure clue includes a "crash course." 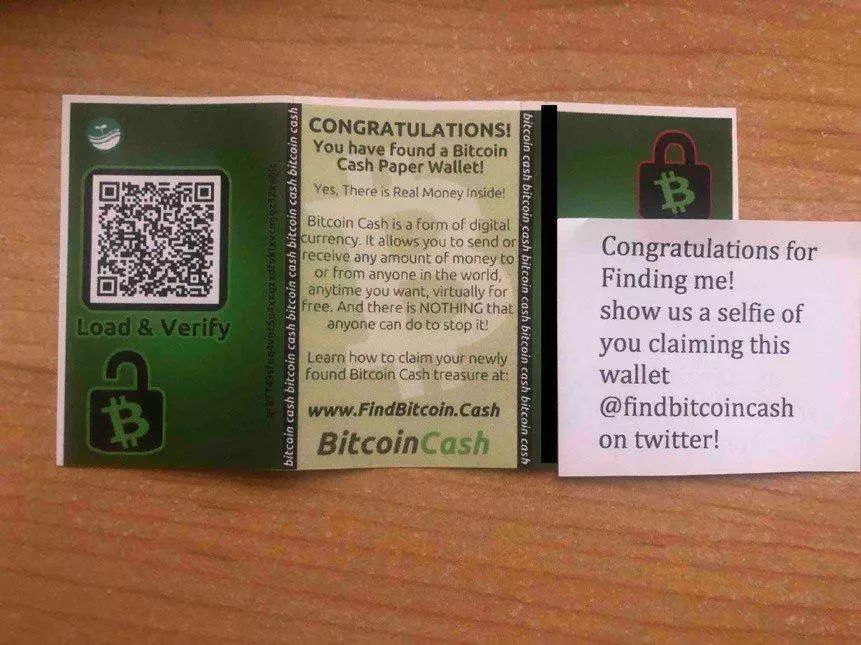 If you find a hidden wallet, you will see something like this

As shown below, what if you find a BCH wallet but don't know how to remove the BCH? A tutorial that can be found everywhere can help you. 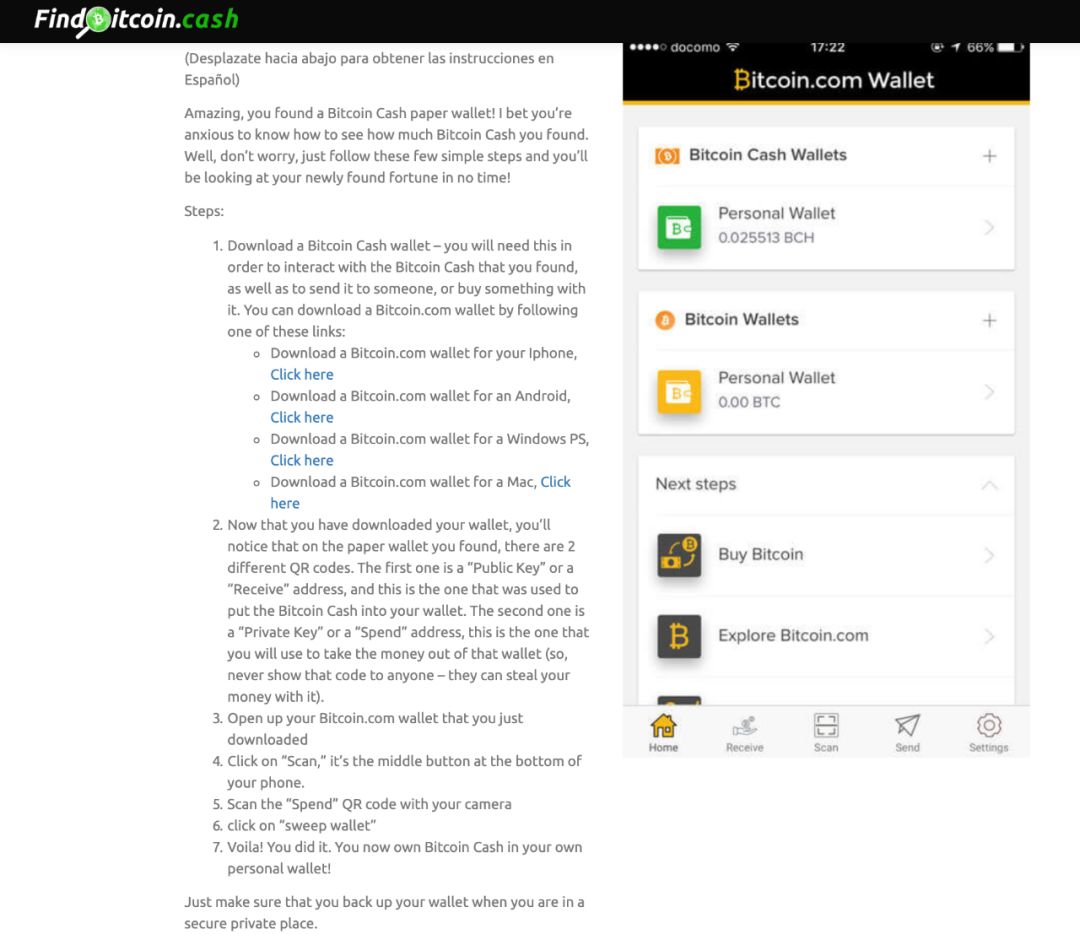 If you are a billionaire , or a millionaire, or you are happy, you want to give someone some benefits, how can you do it? The following tutorial can also help you. 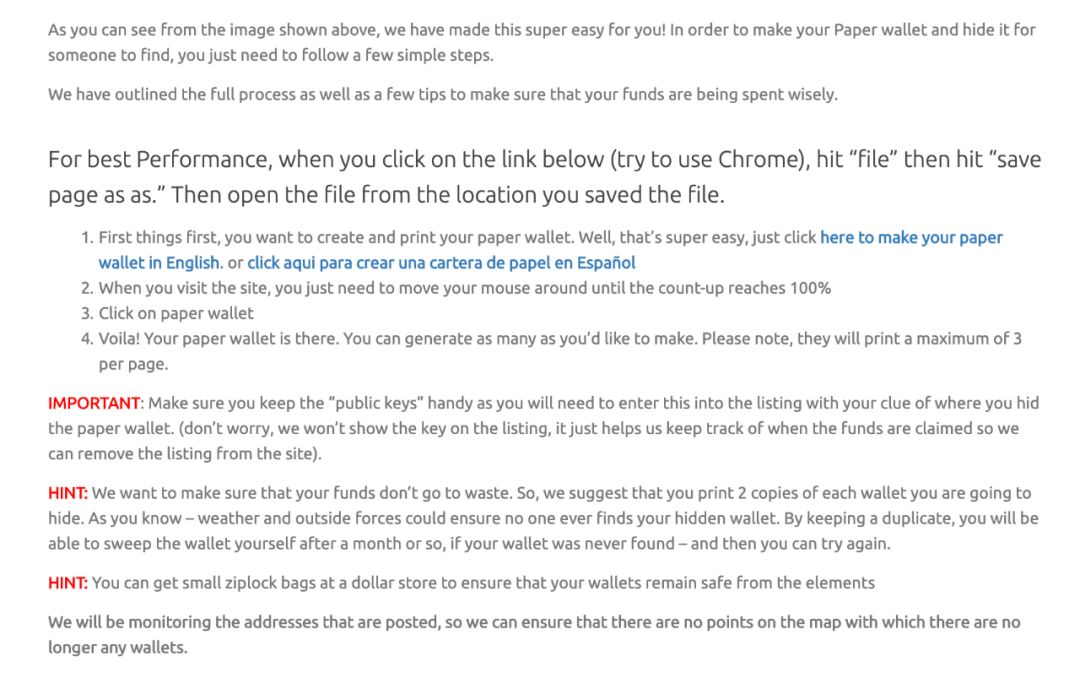 In short, this seems like a national popular science activity, the purpose is very simple, let more people understand BCH.

Unfortunately, those who don't know about cryptocurrencies know little about security. They hide a photo of a QR code that they are exposed to. They don't know, this behavior may make their encrypted assets disappear instantly. .

Earlier this month, a Bernie Sanders fan named Mondiablue posted on Twitter that he found a wallet near the "Happy Pier" in Galveston, Texas.

He attached a photo of the QR code, but fortunately, the photo was very blurry and no one could see it.

C4 recently stated that he updated the design of the wallet to prevent this from happening again.

Don't think about it, can't do it!

At the moment, the amount hidden in each BCH wallet will not make anyone rich.

The amount in the wallet ranges from 0.01 BCH to 0.1 BCH, sometimes a little more. For example, a wallet found in Venezuela contains 0.17 BCH.

"This is a wonderful thing. When you find a treasure, you never know how much you can get. Maybe one day, it will become a major discovery in someone's life."

"I also have to admire the Bitcoin cash community. Many people have paid for the game by owning their own money and hiding them in their own cities, so that more people can participate in the game.

"In fact, you will feel very excited, you will always wait to see when the treasures you have hidden are discovered, and those who find the treasure know what it is."

"We are just getting started, we need more people to get involved, we will hide more treasures in every corner of the world."

Where are you going to find treasure?

Any place can be! 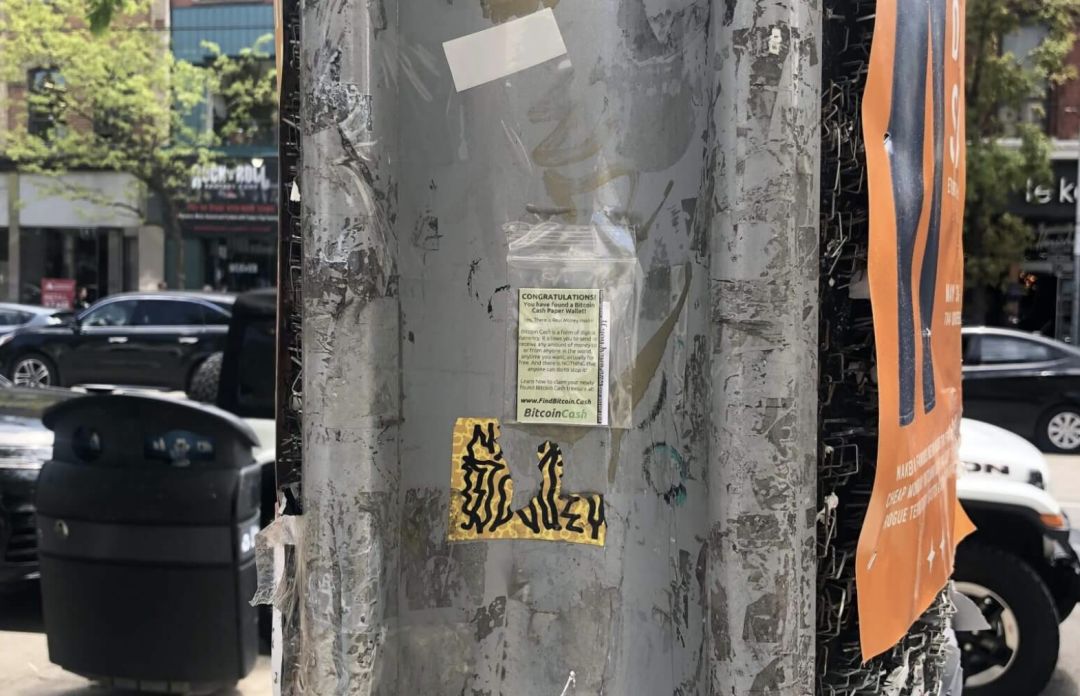 You may not know where you are at all? For example, the picture below, what is this? 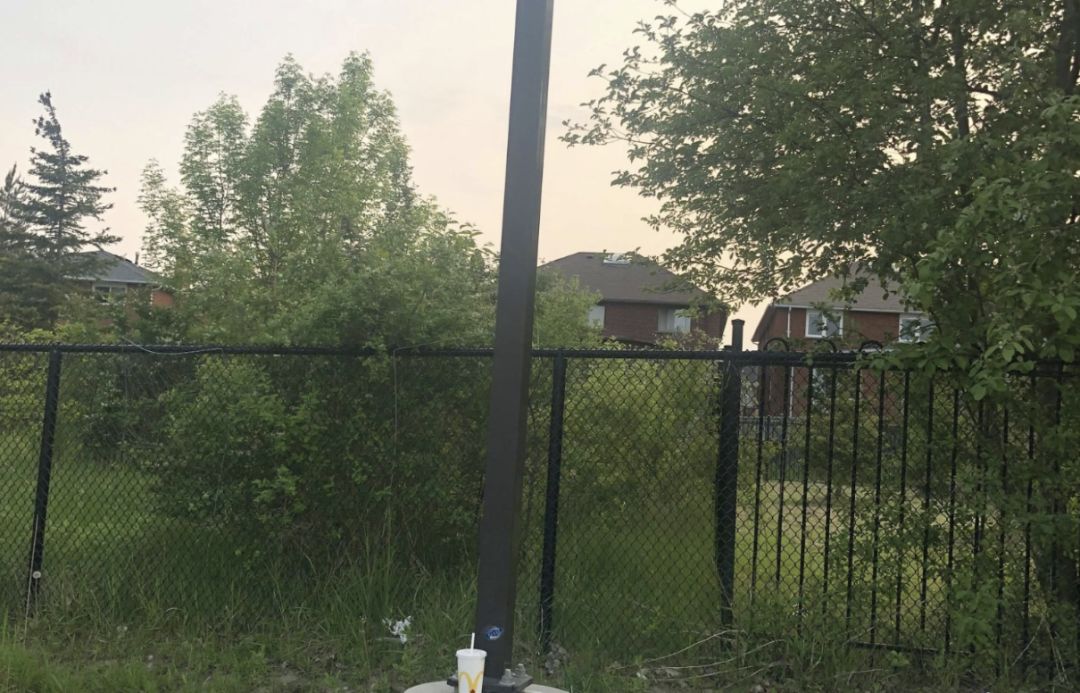 What is this again? 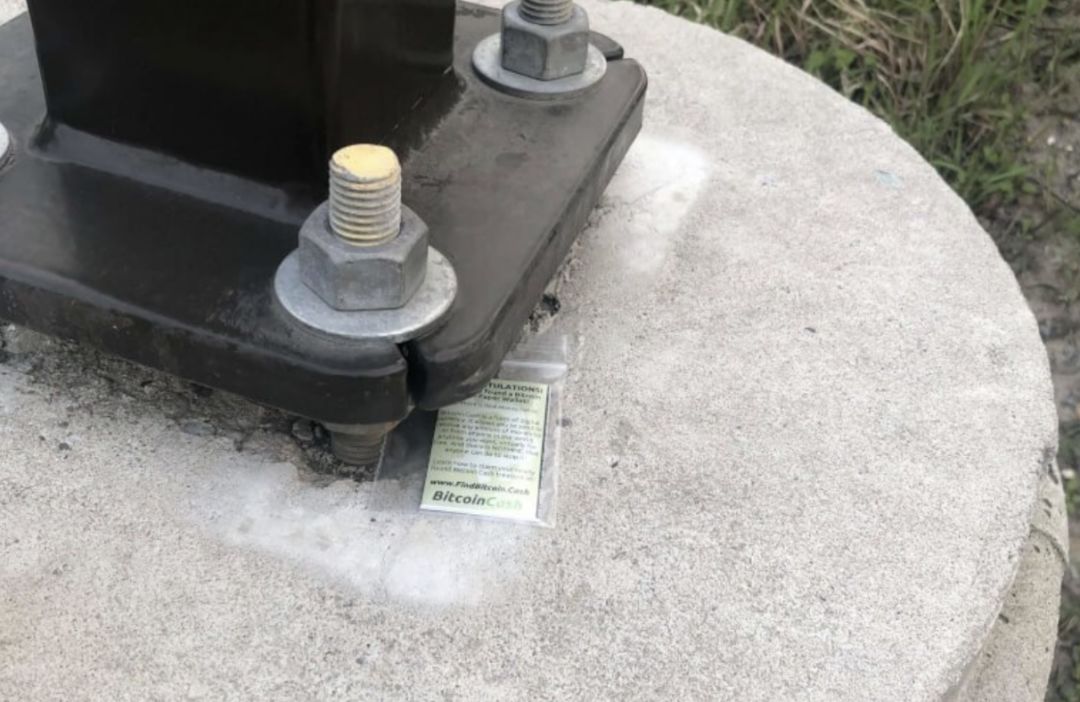 Occasionally there are some ambiguous tips, such as " Mary E wrote a book about the World Trade Organization. " 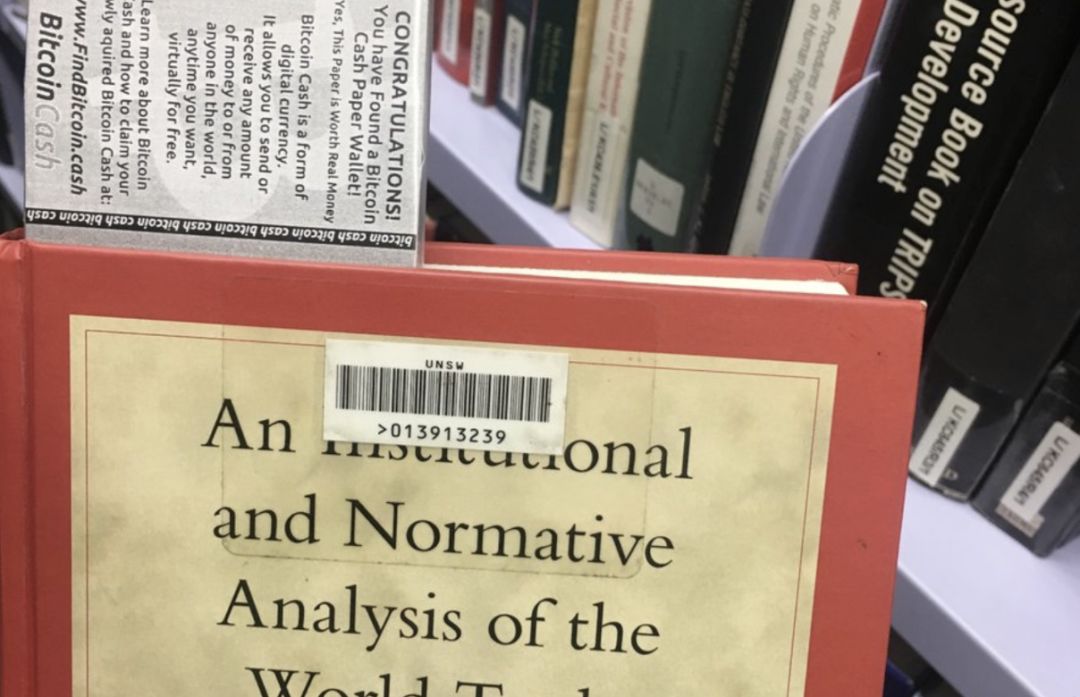 There are also some clues that are hard to find. "There are a lot of benches here, I am nearby. Do you know where I am?" Almost no one can find it, and eventually it will be labeled with an "EXPIRED". 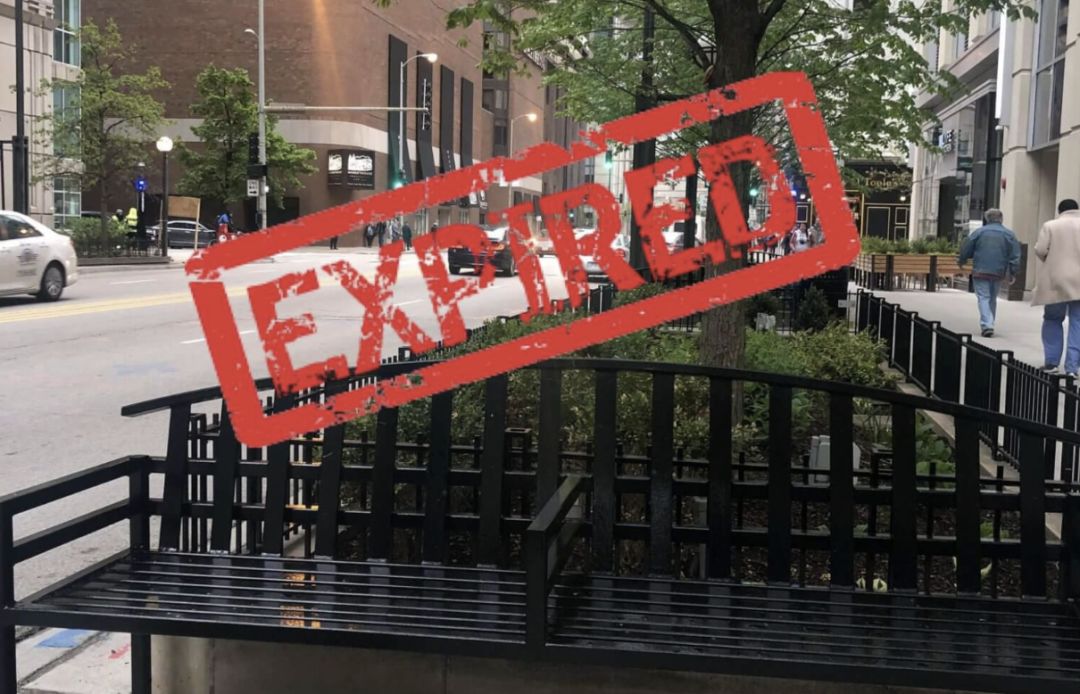 This is good, it is easy to find. The wallet is located in a trash can south of St. Jacinto College in Houston, near Building 1. This building is separate from most parts of the campus.

So, old irons, if you have BCH, will you get involved?

Eight Departments including the Ministry of Commerce: Including the development and application of information technology such as cloud computing and blockchain by enterprises into the scope of national science and technology plan support

Galaxy Digital founder: Libra may have a negative impact on the digital asset market

Today's panic and greed index is 38, no change in panic

US billionaire, venture capitalist Tim Draperr or a plan to invest in Facebook's cryptocurrency project