Let the blockchain move from the chain to the reality, from the niche to the masses, we need the big speakers to continue to voice and promote. Let more people use Voice, understand the blockchain, and let blockchain technology enter the lives of ordinary people, which is undoubtedly significant for the blockchain.

How to make ordinary people willing to use Voice and take the initiative to use Voice? This requires a pass-through incentive, a Voice Token, and a UBI national airdrop.

In order to let more people know about Voice, today we have collected the top ten keywords of Voice for the use of the monarch.

Social as it should be (Let social return to the source)

Block BB CEO BB said that social media is a attention economy, and we want to use the attention economy and give it back to users so that they can control what they see and participate in relevant organizations.

Existing social media platforms are no longer friends of users. They use the user's data, attention, and content to gain revenue from the platform rather than the user.

Voice Token aims to decentralize the attention economy and return control to the user through Token, rather than auctioning the highest bidder.

Voice is released on the EOS platform, but with its own token Voice Token, users will be rewarded with Voice Token for creating, sharing, discovering and distributing content on Voice.

In a fair environment, Voice can trade and transfer. BB said that if I trade my Voice, I will get some return.

UBI's full name is Universal Basic Income, the basic income of the whole people. In the currency circle, we are more accustomed to the name of the national airdrop.

Voice's UBI is the Voice Token, which is available to users every day, and the company number does not receive UBI subsidies.

BB says that everyone receives Voice every day, but Voice is in a level playing field.

1. Enterprise institutional project parties, or some legal entities, can register and certify Voice;

2. Enterprises spend money to buy Voice tokens and use them to broadcast sounds, but they do not participate in the distribution or voting of daily tokens;

3. The company number will not receive the UBI subsidy, and the praise will not increase the income. But the same voice needs to consume the Voice token.

Users can place their content in the top position by paying a Voice Token so that more people can see it. If someone beats you with more Tokens, you can replace your position, but you can get back to you. Token and get extra rewards.

This gameplay is like FOMO, but the question is, if no one is stealing your position? What will happen to your Token? Will it be returned, or will it be destroyed? Waiting for the official answer.

1.B1 will provide EOS accounts to all users who register for Voice for free.

2. Users do not need to pay for RAM, CPU, etc., because B1 will provide these resources for users free of charge.

3. The voice verification fee will be paid by B1.

1.Voice will operate on the EOSIO protocol, data is on the chain, all interactions are open and transparent, which is the core of Voice.

2. Users, content creators, and platforms themselves are equal, running the same set of rules, and there are no hidden algorithms or opaque benefits.

3. Voting (likes) weights are not based on the number of tokens.

4.B1 will launch Voice in stages, ensuring that everyone has the opportunity to start at the same time, and the early entry will be diminished after overuse. (Balance the relationship between the first entrant and the latter entrant)

But BB also said that the world is not perfect and early participants will get more rewards. As time goes by, the earliest registered users will get more Voices.

On June 4th, it was reported that B1 will check the identity of each user according to the government-issued identity document (ID) to avoid the emergence of robots in Voice, and B1 will pay the authentication fee, but the exact form of these checks will be It varies by country or region.

Only B1 can see the user's KYC information, but due to regulatory issues, other DAPPs still need to re-name the user when they have completed the voice real-name user.

According to BB, Voice also introduces a real identity and identity authentication program, through which EOS will be open to new apps.

So Voice is a duality, social platform + autonomic identity system. The future will certainly use decentralized autonomous organizations like DAO or DAC.

However, at present, due to regulatory reasons, other DAPPs need to be verified again when they are used.

According to the news currently available, Voice will definitely cater to supervision. Catering to regulation, it shows that Voice's audience is positioned in the real world, not the professional players who care about privacy. I used to think that its competitor was a telegraph. Now it seems that his opponent is Facebook and Twitter. For ordinary people to use Voice, it is necessary to cater to supervision, and it is also necessary from the perspective of promoting blockchain. 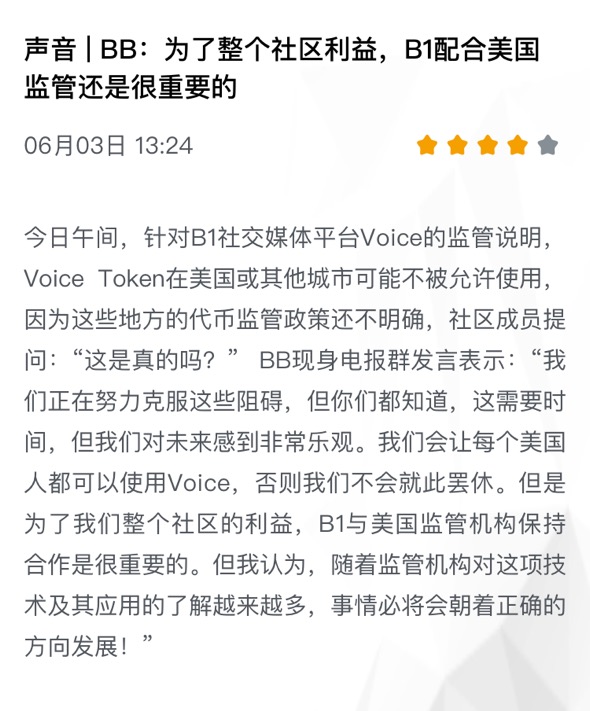 About the price of Voice.com domain name

The big name of the domain name circle has already exploded the price, millions of dollars, and the price is within the normal range. 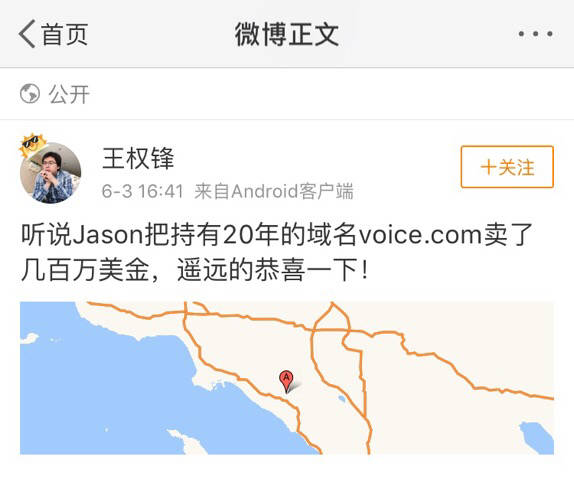 About the process of Voice:

Voice will be deployed on the EOS1.8 version;

Currently open mail registration (requires a ladder), and will slowly invite some people, when mature, will soon invite many people;

The web version of VOICE will be the first to be released, followed by the APP version.

About the white paper:

BB said that Voice will not have a white paper. B1 will soon announce the economic model of Voice and release more details on how the platform works. But the white paper is not our focus, the product is our "white paper." 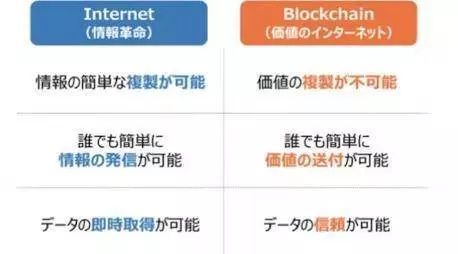