According to the incomplete statistics of the Inter-Chain Pulse Institute, in May 2019, the number of blockchain application projects in the world reached 84, a decrease of 8.7% from March. 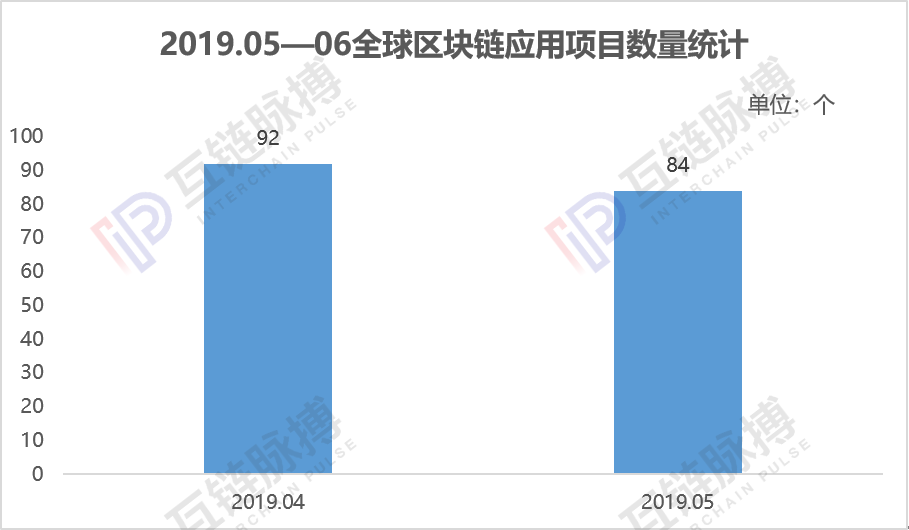 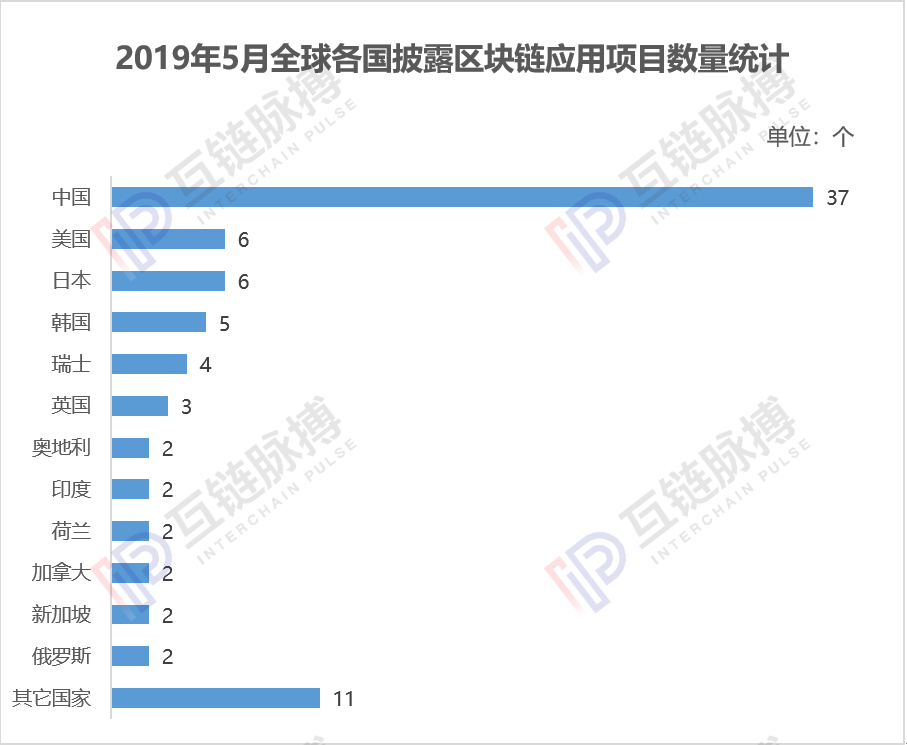 In terms of finance, in addition to the most widely used cross-border transactions, in May, new blockchain application pilots such as blockchain electronic deposit platform, housing mortgage loan platform, and resettlement fund management have emerged. 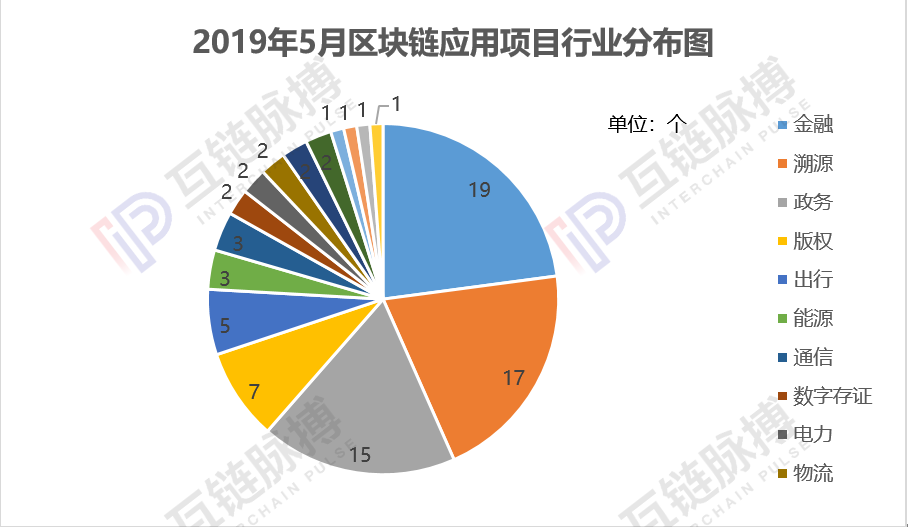 For example, the blockchain electronic depository platform launched by Minsheng Bank, which is open to the judicial authorities, can synchronize business data and digital fingerprints in real time, so that the judicial authorities can extract business data online as evidence in the event of legal disputes. The Home Mortgage Loan platform jointly issued by the Dubai Ministry of Lands and the United Arab Emirates Maerse Bank can be used as a repository for mortgage records to confirm that the mortgage is in compliance with the registration policy. The Xiong'an New District Management Committee also officially launched the Xiong'an Land Acquisition and Resettlement Fund Management Blockchain Platform to realize the whole process chain management of the original archives and fund-penetration allocation.

In May, the blockchain traceability has extended from the widely used fields of alcohol, tea, coffee, and cheese to precious watches, silk, and large grain commodities such as sorghum, soybeans, and corn.

China is still the most active promoter in the field of government applications. In May, domestic governments and relevant departments made rapid progress in promoting the application of blockchain government affairs.

For example, the “identity chain” management system launched by the Qingzhen Municipal Government of Guizhou Province will be listed on the “red and black” list of integrity after being registered and used by the villagers, and linked to the welfare of discount loans; the “commercial service block” on the line of Huangpu District, Guangzhou "Chain platform" is exploring the realization of commercial services for Hong Kong and Macao enterprises "not to enter the country, offshore processing"; while the Hangzhou Internet Court is in conjunction with the Shanghai No. 1 Intermediate People's Court and the Suzhou Intermediate People's Court, relying on its judicial blockchain platform. Building a judicial chain in the Yangtze River Delta.

In addition to finance, traceability and government affairs, a number of blockchain application projects have appeared in the fields of copyright, travel and energy in May.

Tencent Yujian: Even if you pay the Bitcoin ransom, the files attacked by GermanWiper cannot be recovered.