On June 5, Japan’s “Daily News” reported that Mark Karpeles, former CEO of Mt. Gox, the now-defunct bitcoin exchange, revealed that he would serve as a new blockchain technology company registered in Japan. Chief Technology Officer (CTO). The company plans to design a new, secure blockchain-driven operating system that will be much faster than other systems currently in use.

Research: The number of Russian enterprise blockchain projects increased by 45% year-on-year in the first half of 2019 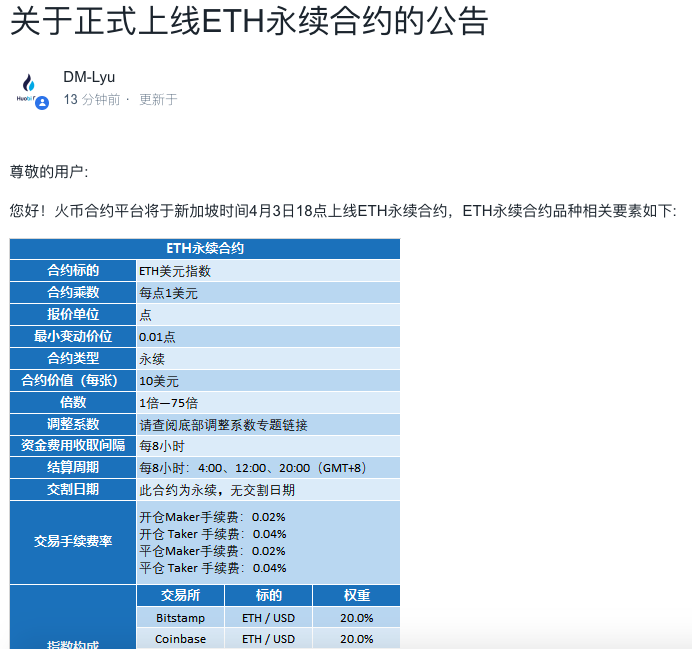 The Huobi contract platform will list the ETH perpetual contract at 18:00 on April 3.