Last weekend, Bloomberg said in an article that bitcoin prices have risen again, but it is difficult to cover up an uncomfortable fact: almost no one uses bitcoin except for speculation.

Bloomberg's argument is mainly due to a small survey by blockchain data company Chainalysis: in the first four months of 2019, only 1.3% of transactions were from merchants, and this figure was basically the same as the previous two years.

For the reasons for this situation, Bloomberg gave the pot to the HODL of Bitcoin:

“Bitcoin has been hyping to make people believe that it can be a substitute for money, but it has now formed a “Hodler culture” that encourages coins rather than consumption. ”

That is to say, because Bitcoin can't enter daily payment and can't be used by more people, is Hodler too much? I think Bloomberg may have misunderstood Hodler or Bitcoin.

Does Hodler hinder the development of Bitcoin?

For ten years, Bitcoin has not become a popular payment method regardless of the number of Hodler, and there is no causal relationship with the act of buying or not selling.

For the coins, they care about the price, the higher the better; for the merchants who accept the payment, they are not concerned about the price, but the volatility, convenience and cost. Due to the existence of the lightning network, the latter two factors are negligible, so volatility becomes a key factor.

I believe that any businessman who does business normally will not think about the money he has just received, and he will be beaten 10% in the next minute. Although there are already many merchants that accept bitcoin payments, they generally choose to exchange bitcoin with cash in the bitcoin payment company to avoid the loss caused by currency fluctuations.

More than Bloomberg, there are many people in the real world who regard the “alternative currency as the mainstream means of payment” as a sign of the success of Bitcoin development.

Although becoming a mainstream payment method can make Bitcoin more liquid, the " hard to become a means of payment" is actually a big pit for Bitcoin.

At least for now, in addition to providing a variety of options for using Bitcoin in daily life, there is no more convenient way than mainstream payment methods such as Alipay and UnionPay (of course, cross-border transfers, transfer of assets, etc. are not discussed. Within the scope).

If you now artificially interfere with market choices, you may be counterproductive and make Bitcoin a lame.

Therefore, even if Starbucks, Amazon, and Apple all support Bitcoin payments, it does not mean that Bitcoin has squeezed into the mainstream of payment instruments. At least at this stage, we have to put "bitcoin into a daily payment tool".

In fact, today's bitcoin is more like a value storage tool .

Venezuela is a good example. When a country has extremely high inflation and a depreciation of the French currency, Bitcoin has become an excellent means of hedging. Venezuela's French currency Bolivar is no different from waste paper. How bitcoin fluctuates and it is impossible to achieve a depreciation rate of 10000000% a year. 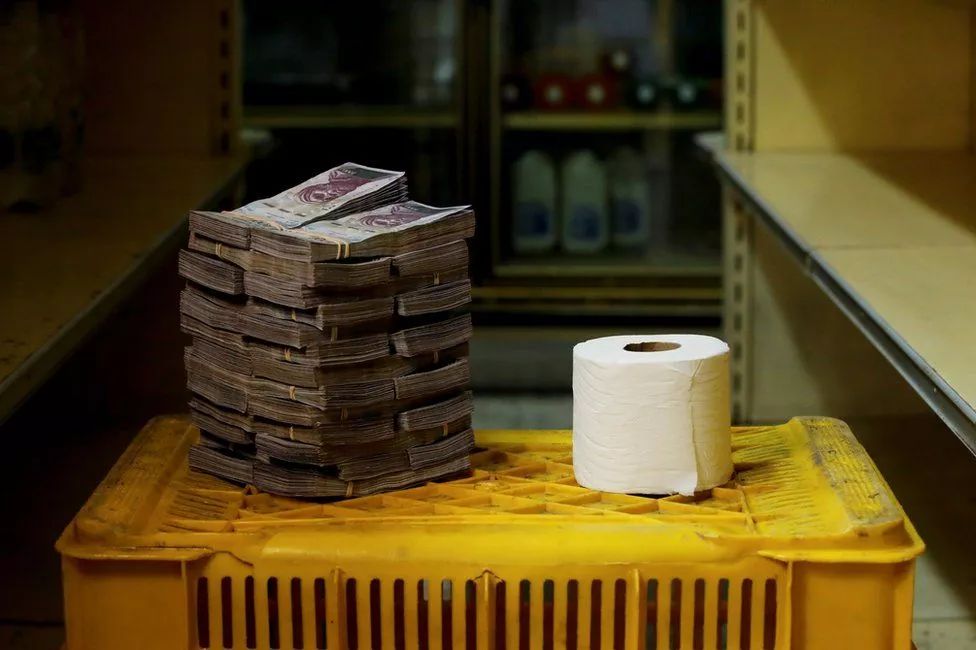 The reason why more and more people join the Bitcoin HODL group is because they think that the future price of Bitcoin will continue to rise, although there will be no change in magnitude within a year or two, but another five years, ten years. It may reach an unattainable price, and it is not worthwhile to take the payment now.

It is important to point out here that the upper limit of 21 million is not the main reason why Bitcoin has become a means of value storage. The decentralized, hard-to-corrupt, and non-tamperable nature of Bitcoin is the key to protecting Bitcoin as a value storage tool, compared to deflationary monetary policy.

But will Bitcoin always be a "value store"? The answer is also negative. To be precise, Bitcoin will have both value storage and payment functions in the future.

The two are not the opposite . Gold, as a repository of value, has historically been a payment function, and Bitcoin has become a value-storing tool that can help it become a payment tool. It can be said that Bitcoin is likely to become one of the mainstream payment instruments only when most people in a society recognize the value storage of Bitcoin.

In the article, Bloomberg said such a sentence:

“The future of Bitcoin that Nakamoto believes can be used in daily transactions, buying coffee or paying for car rental.”

And regardless of whether Nakamoto has said this, Bitcoin has been in development for ten years, and today's form is the result of market choice. Although Bitcoin is a peer-to-peer electronic "cash" system, it does not have to have a "payment function" like cash to represent Bitcoin success.

Prime Minister of Bermuda: One of the keys to adopting digital currency is to ensure the participation of governments

Today's panic and greed index is 79, and the level returns to extreme greed.

The transaction costs on the Bitcoin chain are too high for cross-border payments? Listen to the voices from developing countries

The bitcoin demand curve has been “significantly rising”: 2.2 times a year