Little Jesus will never forget the day before many years ago.

In the early days of the society, in order to find the initial feelings, after countless temptations and understandings, Little Jesus finally met with the long-awaited girl (high school classmate), temporarily called J, walking side by side on the road. Suddenly J pointed at the opposite building and said: "Look at the building, above is my home, I often go to play," Xiaosa replied to her: "Oh oh, is it?" J continued to add: "Yes Ah, I dream of buying a house here one day, so I can find my niece every day, and then I have a sly smile on my face.

Little Saisa perfunctors: "That's good, very good", thoughts some time ago during the two-person exchange, J revealed the values: things like love and values ​​are not very important, as long as they can keep With a set of own houses in the city, they can continue to communicate, even marry and have children, in one go.

The family is not honest, but it is harder than the sky. On the one hand, due to the urbanization process, the prices of the two cities in the city have experienced the latest round of inflation, more than one million for small For Sasha, it is simply an idiotic dream. Even with the support of the family, it is chilling to get the monthly mortgage after the down payment, just like the monkey on his back.

In the face of money and material, love and marriage eventually became victims.

In the cognition of the small Sasha at that time, money was actually not so important. Perhaps because he had not suffered material baptism, although he had been living an ordinary life, his heart was higher than the sky. He always could not understand, a broken brick box. Really worth so much money? At this moment, his so-called values ​​all collapsed.

The collapse of values ​​is not only small sprinkles, but also Wang Xiaochuan. A few years ago, he still looked down on Sun Yuchen, who was considered a liar. After the blessing of cryptocurrency, he officially announced that he had taken Buffett’s charity lunch yesterday and swept the entire Internet. Overwhelming news, whether it is positive or negative news.

The netizens dug up the circle of Sun Yuchen's friends. The contents are as follows: On November 24th, 2014, I recorded a program with Wang Xiaochuan. I will never forget the eyes of a lot of liar. He said that I am a liar, I will definitely fail, and I will record the program. It’s a shame. In the end, I can’t even go down. In less than three years, my company has surpassed Sogou’s market value. In life, people who look down on you are more vocal about you. Sun also commented underground in his circle of friends: "The end of entrepreneurship is still to change the world, not for revenge, nor to prove that he is wrong with me, but these unforgettable shame is not the driving force of struggle?"

Suspected to question the conclusion of the market value of success or failure, even in the history of the river, it seems insignificant.

Sun Yuchen once again seized the opportunity and came to Wang Xiaochuan for a three-year contract. In June 2022, the market value of the wave field and Sogou were better and worse, the bet was 100 bitcoins, and now the value is 560w. The value is about one hundred million, I guess. 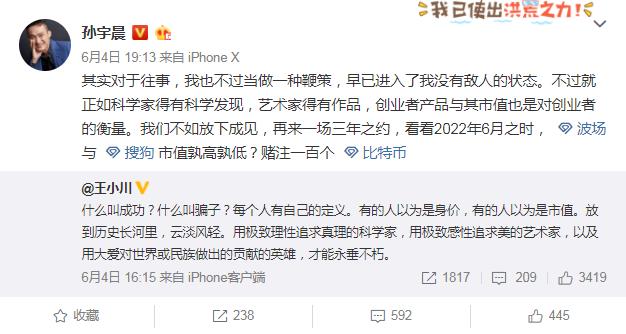 Perhaps, Sun Yuchen really didn't understand the meaning of Wang Xiaochuan's literal meaning. There is also a possibility that even if he understands it, he doesn't care. Anyway, the latest headlines and hot searches must be him.

So the market value and worth are really so important to those who really change the world, so that they use 100 bitcoins to make a bet.

Flory et al., who invented the medicinal penicillin, smiled at each other and had a profound meaning.

The antibiotic represented by penicillin may be the most effective drug in human invention so far, and solves the problem of bacterial infection that has long plagued humans. In the junior middle school biology textbook, we all know that it was Fleming who discovered penicillin. It was at the time of World War I. As a British military doctor, he rushed to the front line in France and witnessed doctors’ helplessness against bacterial infection. The United Kingdom began to study the characteristics of bacteria.

In July 1928, Fleming routinely went on vacation, trained a group of golden staphylococci before his vacation, and then left. However, perhaps because the petri dish was not clean or fell into something dirty, after three months, Fleming returned to the lab and found that the petri dish was full of mold, and he was interested in viewing it and found that there was mold around it. The staphylococcal ball seems to be dissolved, and he carefully observed it with a microscope to prove that the staphylococcus had died.

Fleming began to wonder if it would be killed by a certain secretion of mold. In order to prove his guess, Fleming spent several weeks to cultivate more mold so that he could repeat the previous results. The conjecture, this secretion was later called penicillin, which is well known to the self.

The story is not over yet.

The results they quickly achieved finally separated and concentrated the active ingredient from penicillin. With the stable supply of penicillium, another scientist in the laboratory, Sit, finally developed an aqueous solution of penicillin and adjusted the pH of the liquid to make it applicable to humans and animals.

The emergence of antibiotics has increased the average life expectancy of humans for nearly 10 years. More importantly, humans have confidence in medicine.

Looking back, the battle between market value and value has become boring.

Whether it is Sogou or the wave field, if there is no contribution to human innovation in the future, even if the market value is high, it does not make any sense.

Let's talk about Sogou. In the past few years, it has been transformed into artificial intelligence. Being trapped in Sogou business has reached a bottleneck. Look at the stock price of Sogou in recent years.

It is undeniable that Wang Xiaochuan has been a resume in the past. As a 78-year-old man, he has been in the information Internet. He led Sogou from the company of Sohu. In 2005, he became the vice president and knocked on the New York Stock Exchange in November 2017. The stock price has fallen all the way, and it is inevitable that people will be suspected of having the same cuts of leeks as Sun Yuchen.

At the same time, the wave field in the cryptocurrency field of the martial arts dance has not made any application scene at present, giving a more direct impression, that is, selling air.

Of course, we can't just criticize. The field of artificial intelligence and blockchain is the most promising industry in the future. It is normal to be questioned at this stage.

There is no contradiction between artificial intelligence empowering individuals, industrial Internet and IoT devices, and blockchain reshaping trust and value Internet. The only variable is the innovator's variable. Variables are only identified by time, and who is the hero who is The bears only have time to prove, wait and see, after all, there are still 100 bitcoin bets.

After a date, Little Sasher walked on the riverside and looked into the distant sunset. The time of the day was about to die, and the value of time was higher than the value of any stage of life. 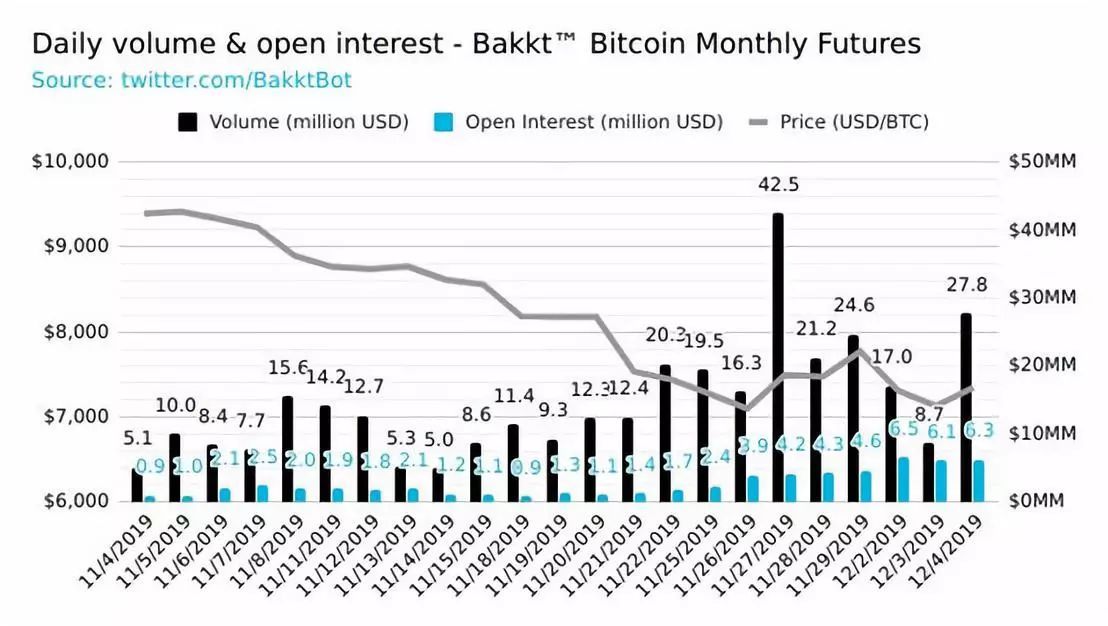 German state-owned bank BayernLB: Bitcoin halving effect is not yet reflected in current prices, and may achieve a high price of $90,000 next year.