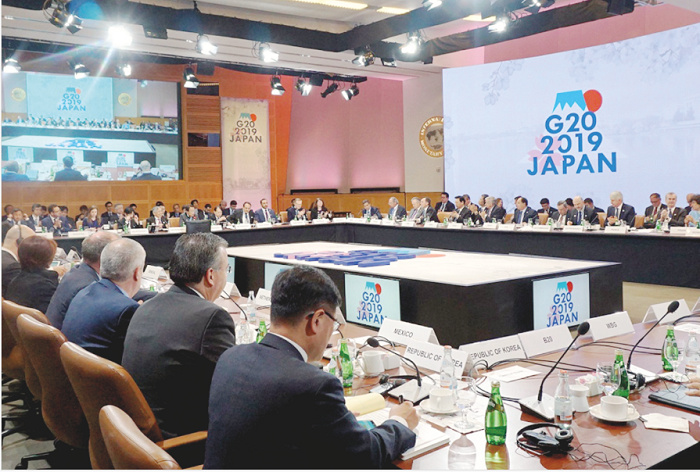 Before the G20 summit was officially held, the finance ministers and central bank governors from the G20 countries gathered in advance to hold a meeting on June 8-9, in which cryptocurrency became one of the topics of discussion. Some global standards bodies have submitted their own policies and tools to help G20 members better manage their cryptographic assets within their respective jurisdictions.

Encryption discussion at the G20 meeting

On June 28-29, world leaders will gather in Osaka, Japan to participate in the G20 summit. However, before the summit, the finance ministers and central bank governors of the G20 member countries had already held a meeting of finance ministers in Fukuoka, Japan on June 8-9, and they invited some other countries besides the G20 member countries. Participated in international organizations, including the United Nations, the International Monetary Fund, the World Bank and the World Trade Organization. According to local media reports, this weekend's meeting is discussing cryptocurrencies and related regulations, and how to protect users under the new financial system. 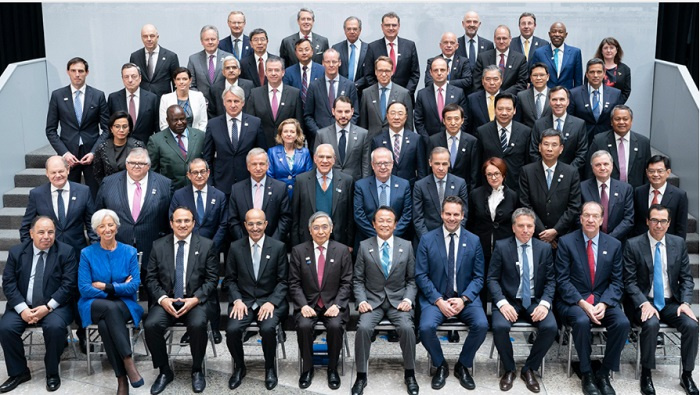 Above: Participants of the G20 Finance Ministers and Central Bank Governors Meeting

Christine Lagarde, head of the International Monetary Fund and managing director, mentioned the cryptographic assets in a speech on the afternoon of Saturday (June 8). She believes that regulatory coordination between countries is very important, including how to handle cryptographic assets and non-banking. Financial intermediaries, and this regulatory coordination also needs to target financial stability and consumer protection. The Nikkei News quoted Christine Lagarde as saying:

"It is very important to continue the international dialogue, but it is not as easy as imagined." 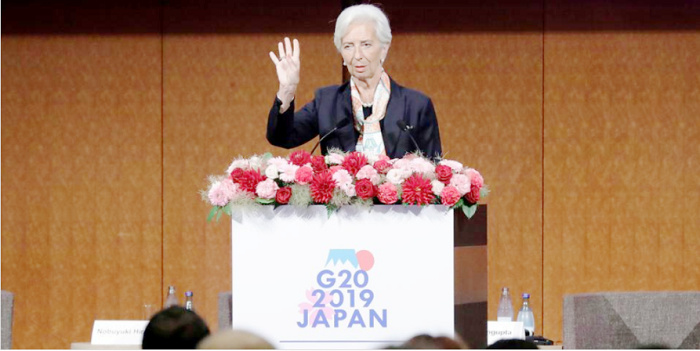 According to local media reports in Japan, at the G20 Financial Innovation Summit held this Saturday afternoon, Blockstream CEO Adam Back explained the difference between encrypted assets and blockchain and current financial infrastructure. When it comes to securities tokenization and the use of blockchain technology in remittance transactions, Adam Back points to the importance of issuing legal tenders on the blockchain, while also explaining the provision of yen for over-the-counter and institutional investors. For the purpose of stabilizing currency transactions and bitcoin transactions, he introduced a possible solution that allows the public to purchase and store a digital version of the Japanese yen in a hardware wallet that can be managed offline without being attacked online.

Many global organizations have been working on building standards for cryptographic assets, and G20 countries can apply these standards within their own jurisdictions, including the Basel Committee on Banking Supervision (BCBS), the Payment and Market Infrastructure Committee (CPMI), and the International The Securities and Futures Commission (IOSCO), the Financial Action Task Force on Money Laundering (FATF), the Organization for Economic Cooperation and Development (OECD) and the Financial Stability Board (FSB), each of which covers the risk of cryptographic assets within various accusations Supervision. The Financial Stability Board stated:

“Standards and other international organizations are working on multiple levels of work, hoping to directly address the issues caused by cryptographic assets. They will focus on investor protection, market integrity, anti-money laundering, banking risk and financial stability monitoring.”

The Financial Stability Board is an international body that oversees the global financial system and makes recommendations. At this G20 finance ministers meeting, they have submitted several reports related to encryption. On June 6, the organization published a report entitled “Decentralized Financial Technology” and explained in detail the standards-based organization's regulatory approach and ongoing work on cryptographic assets. Not only that, but the Financial Stability Board also listed the crypto assets regulators of all G20 member states in another report to help them collaborate on regulatory regulations.

According to the Nikkei News Asia Review, it is expected that the finance ministers and central bank governors of G20 member states will reach an agreement on the establishment of a cryptocurrency exchange registration center to prevent money laundering in virtual currency.

In January 2018, CoinCheck, one of Japan's largest cryptocurrency exchanges, was hacked; in September of the same year, another registered exchange, Zaif, was also attacked. According to information disclosed in March this year, more than 140 companies are interested in registering as cryptocurrency exchange operators.

Encrypted assets do not pose a threat to financial stability

The Financial Stability Board reported to the G20 finance ministers and central bank central bank the financial stability risks of encrypted assets. They said in March last year that crypto assets did not pose a significant risk to global financial stability. This time, the Financial Stability Board reiterated its previous view in its report entitled "Encrypted Assets: Ongoing Work, Regulatory Approaches and Potential Gaps":

The European Central Bank and the Financial Stability Board have agreed on whether crypto assets pose a threat to financial stability. They said in a report released in May this year:

“Currently, the impact and/or risk of crypto assets on financial stability, monetary policy, payments and market infrastructure in the Eurozone is limited or controllable.”

The Financial Stability Board will release a new report in September this year, which will involve the development of stable currency and tokenization. In addition, the OECD will assess the work of asset tokenization and analyze the impact this mechanism may have on financial markets and the interests and risks of stable currencies.

About the virtual currency guide

The Financial Stability Board explained that when crypto assets exceed the scope of supervision by market regulators and payment systems, and there is a lack of international standards or recommendations, regulatory loopholes are likely to occur. On the other hand, the Financial Stability Board believes that when encrypting asset wallets as a specific tool for storing encrypted assets, they assert that the faster development of the encryption asset market technology will affect the regulatory tools, but also cause regulatory gaps, and some special areas also need supervision. The organization is investing more attention.

The Financial Stability Board added that:

“Regulating cryptographic assets must be forward-looking in order to help identify potential gaps and areas that should be prioritized or focused.”

Therefore, the Financial Stability Board recommends that G20 countries continue to focus on regulatory tools and potential gaps, including whether more coordination is needed.

How banks participate in encryption activities

The Basel Committee on Banking Supervision is assessing and responding to the risks posed by crypto assets to the banking system, which has been monitoring bank-related encryption activities and will set higher-level regulatory measures for banks engaged in cryptographic asset activities. Currently, the Basel framework does not apply to banks that are at risk of crypto assets, but the framework does set minimum requirements for capital and liquidity processing of “other assets”.

The Financial Stability Board said that the Basel Committee on Banking Supervision is considering whether to formally clarify the prudent handling of the cryptographic asset risk category.

About the central bank digital currency

The Payments and Market Infrastructure Committee conducted a study of the central bank's digital currency, which they believe has brought innovation in areas such as payment, clearing and settlement, and has an impact on current financial market infrastructure standards.

The regulation of cryptocurrency trading platforms and investment funds, as well as the exposure of cryptographic assets, is currently the focus of the IOSCO organization, which is the standard setter for global securities market regulation. It is expected that by the end of this year, the IOSCO will issue a final report, and its policy committee will launch a portal that allows its members to access and share information about cryptographic assets and other digital currency enforcement.

In addition, the IOSCO is also responsible for overseeing the initial token issuance (ICO) and helping its members deal with the issue of token sales risk regulation in their respective jurisdictions through the establishment of an ICO advisory network. Last week, the organization published a consultation paper entitled “Problems, Risks, and Regulatory Considerations Related to Encrypted Asset Trading Platforms” and asked its members to provide feedback on key considerations by July 29.

Open letter from the Chairman…

Reaffirming that it does not…

A number of exchanges will…

Deng Jianpeng, a professor at the School of Law of the Central University of Finance and Economics: TEDA is suspected of black box operation and is the biggest potential risk in the cryptocurrency market.

Coinbase Pro exposure on the currency plan: more practical tokens and securities tokens in the future