BTC once again ushered in a decline. As of press time, it closed at $75.33 and continued to maintain a sideways volatility to build the head and shoulders of the right shoulder. The shock range is in the range of $7,500-8,300. It is now close to the bottom of the range. Theoretically Speaking, there are still a few days to build the right shoulder. Of course, it does not rule out that the target takes a variant head and shoulder shape. If it falls below $7,500, the head and shoulders form will be established, paying attention to risks. 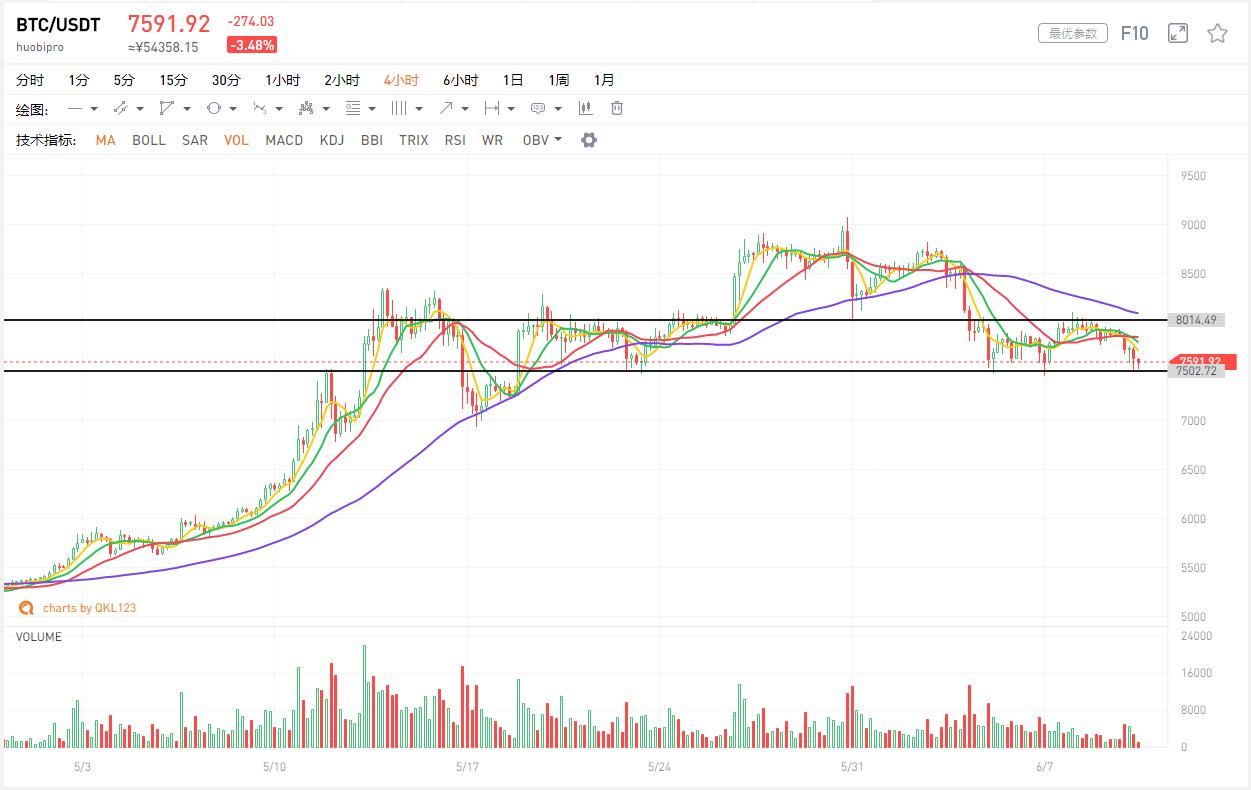 ETH follows the market down, and does not see the independent trend for the time being. It falls along the 5 antennas. From the daily level, the drop of the target is accompanied by heavy volume. This is not a very good phenomenon, which means that someone left the market. The macd indicator continues to run downwards. At present, the target has already dropped the important support level of $225 we mentioned earlier. This point is the neckline of the entire head. If it falls below that point, it means the head. Established, pay attention to risks. 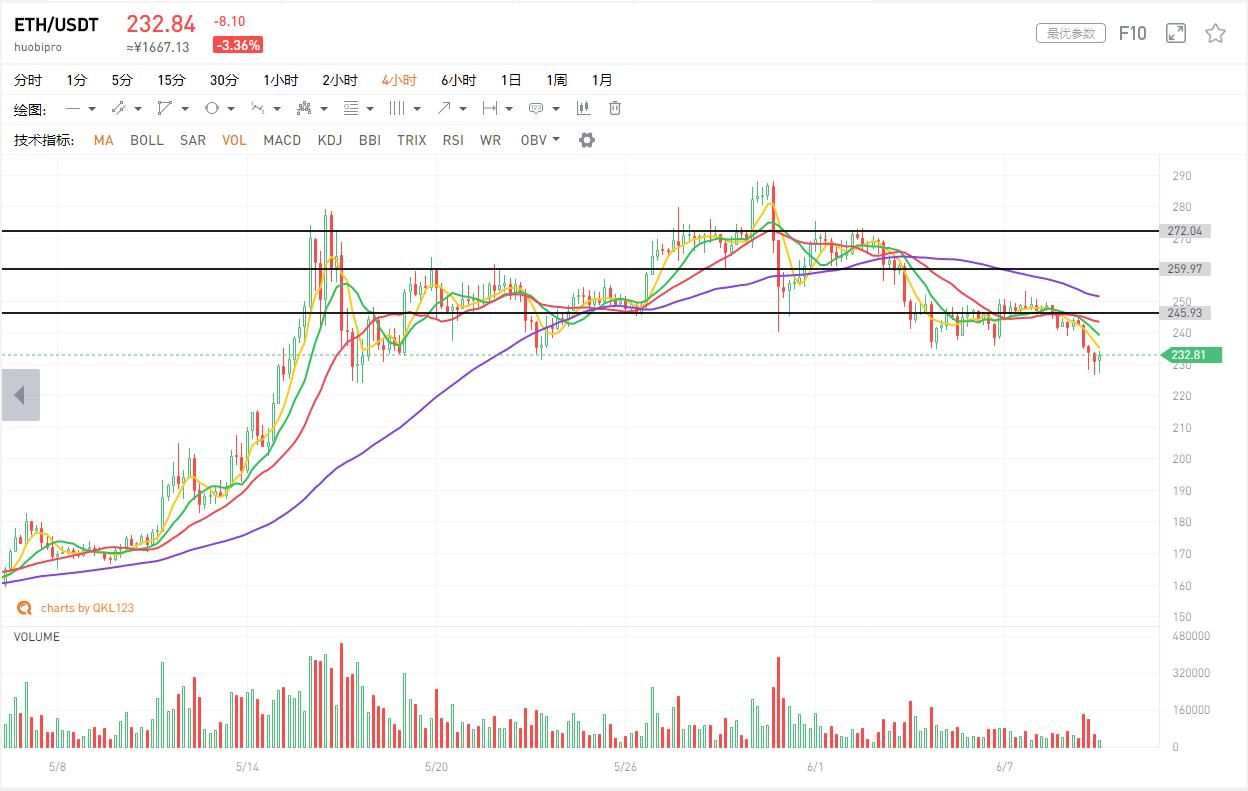 XRP yesterday closed a big Yinxian line and directly hit the neckline position of the M head we gave. Fortunately, the price has not yet penetrated. The overall market is weakening. The trend of the target in recent days is a rise and decrease. The trend of declining volume indicates that there is money to leave the market, and the possibility of falling below the neckline is increasing, paying attention to risks. 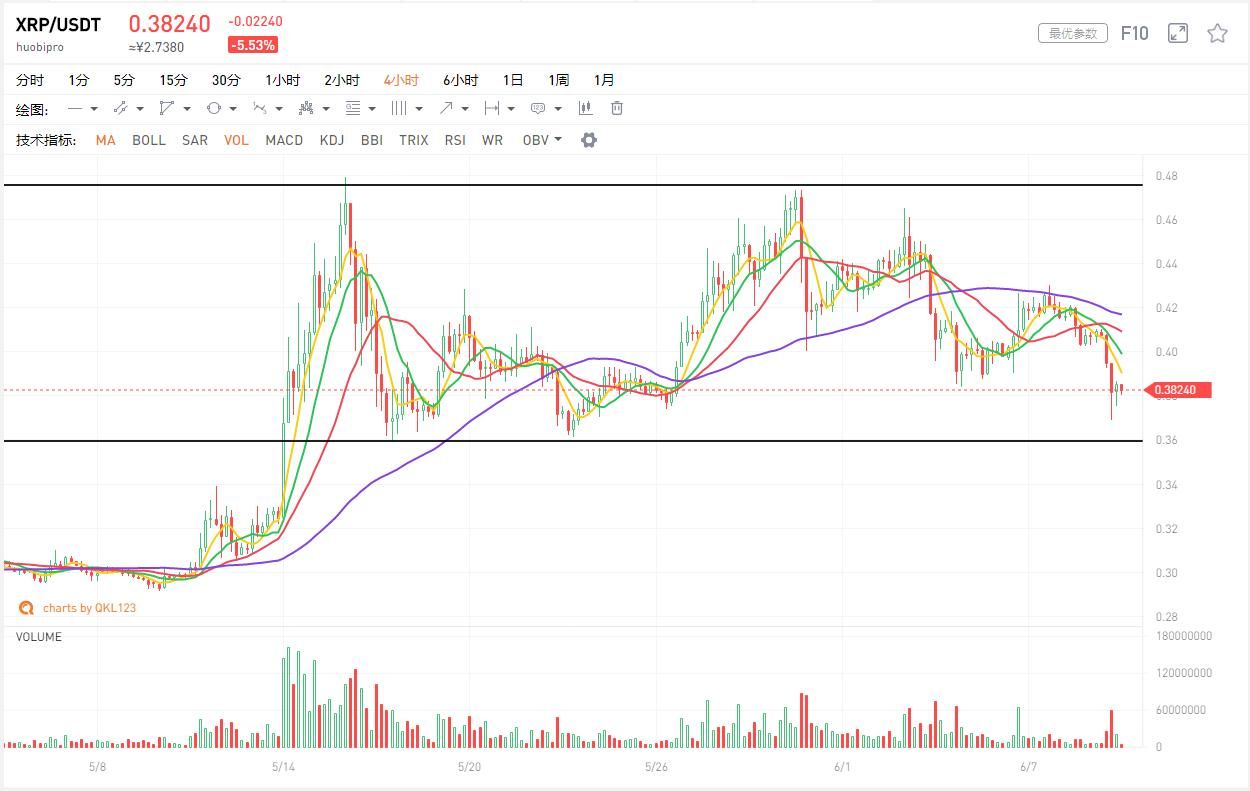 We mentioned earlier that although the production cut has a positive impact on LTC formation, it is not suitable for chasing. At present, 5 antennas and 10 antennas form a golden cross again, but the target falls below 5 antennas again. The macd indicator is now a duck. The trend of opening a mouth, falling heavy volume, the risk of M head, may appear to accelerate the downward trend, the neckline below the $100 neckline is established, pay attention to risk. 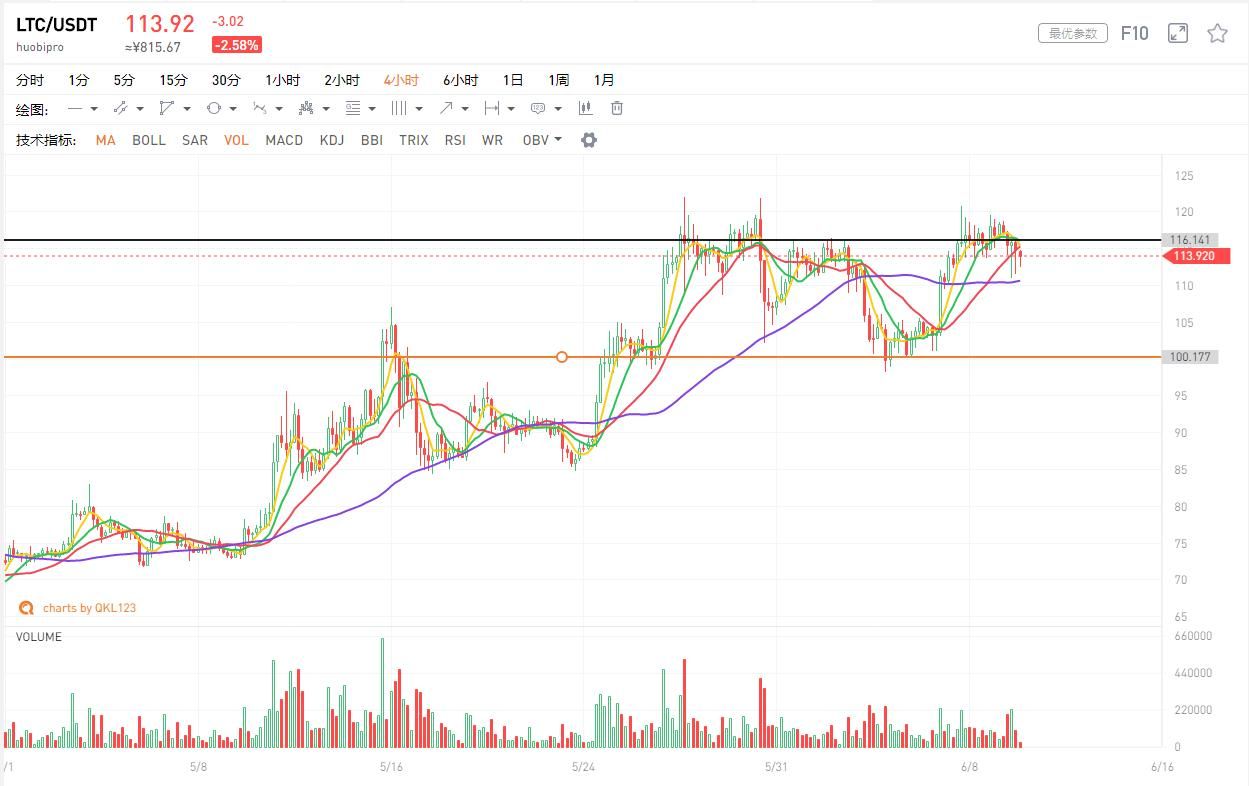 BCH took a apex, fell in volume, rose and contracted, and the downtrend remained unchanged. If you can effectively support the near 370 USD in the short term, if the point cannot be effectively supported, the target will move down to 337 USD. Adjust the expectations unchanged and pay attention to the risks. 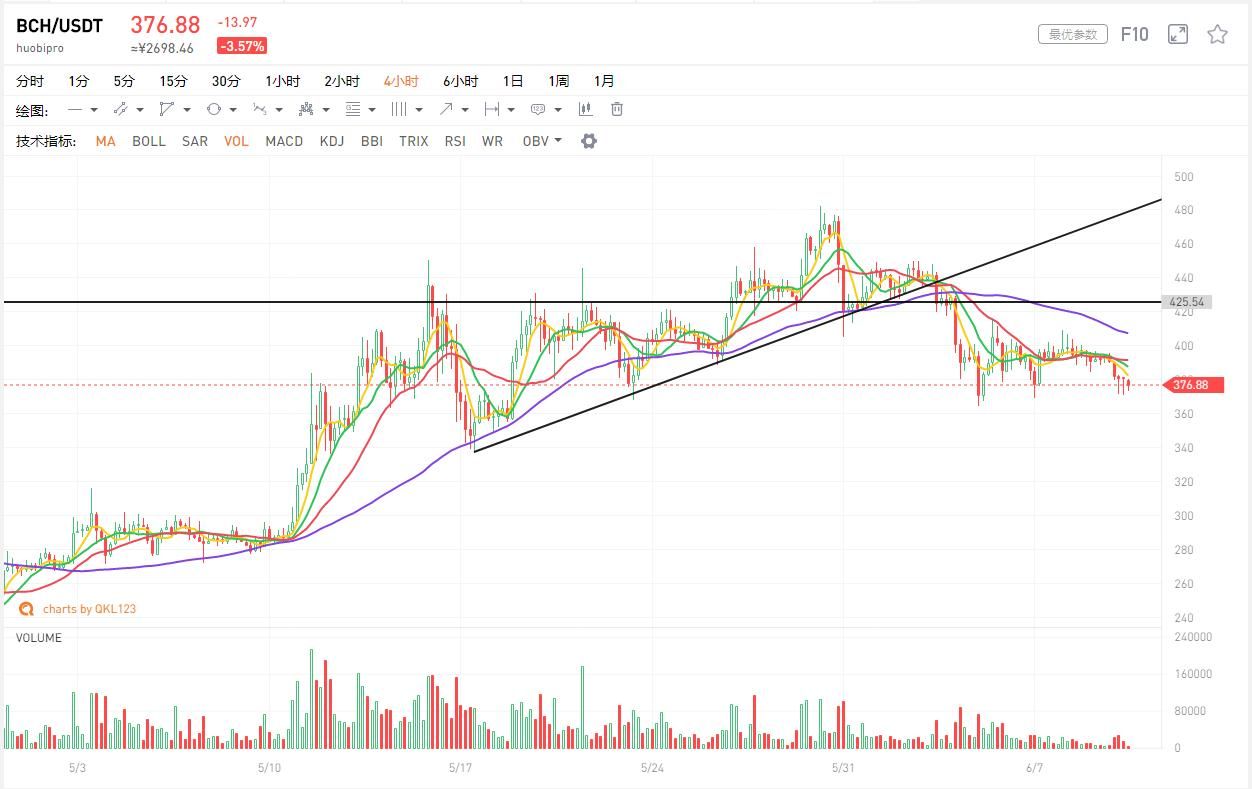 The trend of several major currencies is similar, it is a head and shoulders trend, EOS is no exception, the decline of the target is the highest in the mainstream currency, the bears are strong, the 5 antennas still run downward, macd indicators With the opening down, the individual believes that the target will continue to test the support near 5.8 US dollars. In the short term, it will repeatedly oscillate the right shoulder part of the head and shoulders in the range of 5.8-6.5 USD. 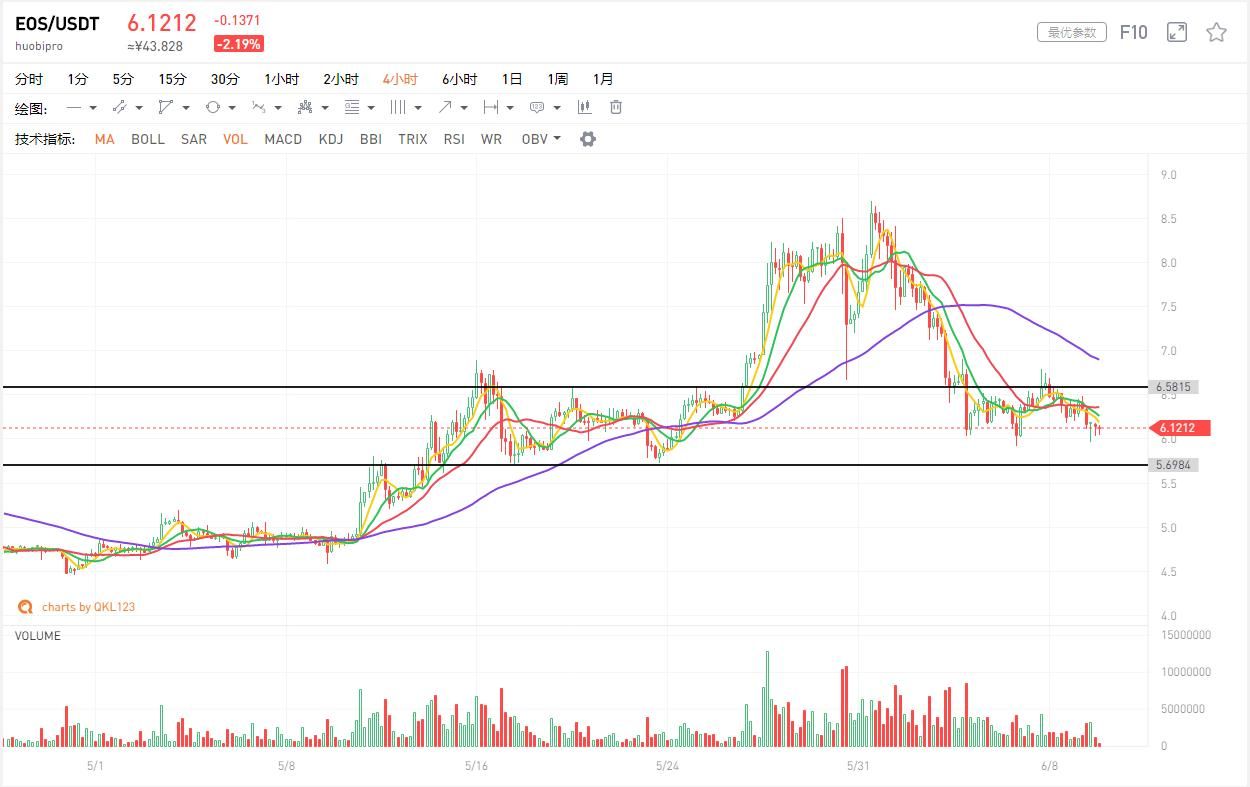 The BNB BNB continues to run along the downtrend channel and begins to drop after hitting the upper rail. There is still a certain distance from the lower rail. Now the standard card is supported by the $30 integer mark. If it falls below this point, it will go down. Track support, the current daily line level BOLL channel has been flat, then it is very likely to turn head down, pay attention to risk.

NBA Sacramento Kings CTO: When BTC prices rise, customers who use it to pay are greatly reduced 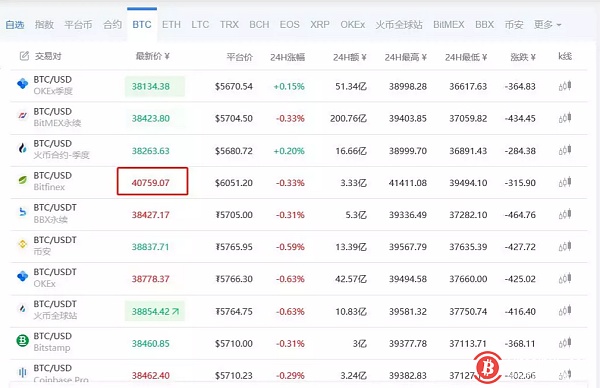