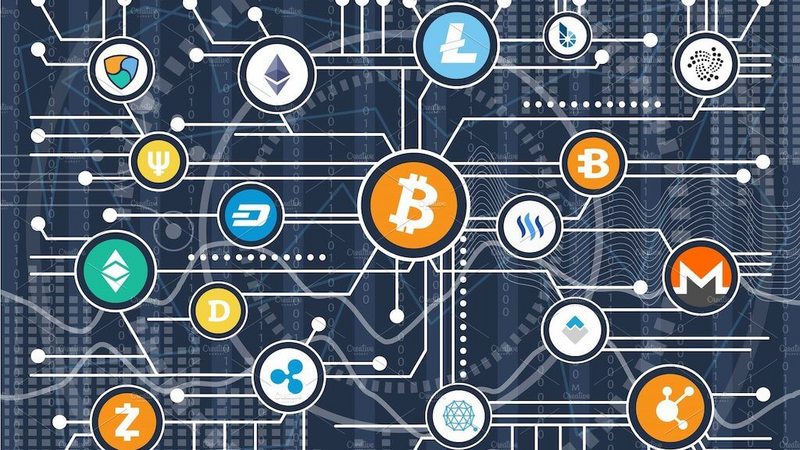 According to the report, after several months of research, BTI found that more than 10% of the transactions in the currency were wash trading ("brushing"), fire coins exceeded 50%, OKEx was as high as 90%; in addition, in actual transactions Of the 40 largest exchanges, about 65% of Bitcoin transactions are forged, and almost all of the forged data comes from OKEx, Bibox, HitBTC and Fire.

BTI found that out of the top 25 exchanges in CoinMarketCap ("CMC"), 17 transactions had more than 99% of fake volumes, including 35 exchanges in the TOP50. More than 60% of all exchanges ranked on the data website have almost no trading volume.

The following BTI intercepts the top 15 exchanges on CMC's day: 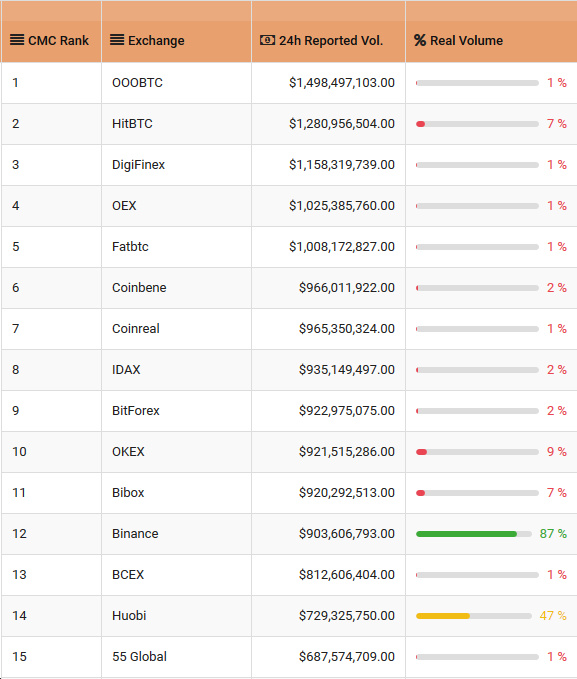 BTI also lists the top exchanges with real trading volume, as shown below: 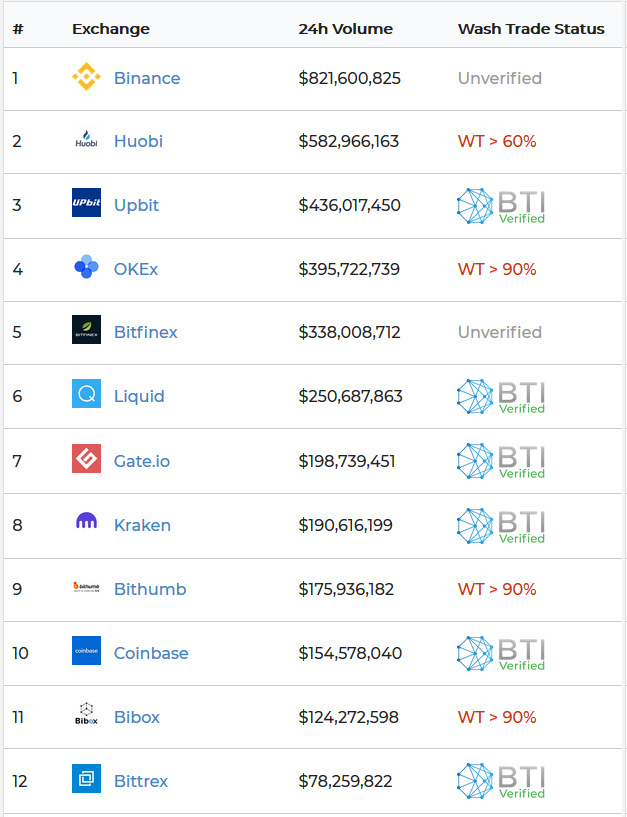 In the past 30 days, exchanges with a cleaning transaction ratio of less than 10% have been marked as "BTI Verified". All of the original "BTI Verified" deals were 9 Coinbase, Upbit, Bittrex, Poloniex, Liquid, Kraken, Gate, Bitso and Lykke.

The largest exchanges in the US, South Korea, Japan, and Mexico were mentioned in the BTI's first report. BTI pointed out that the "cleanliness" of these exchanges are above 90%, and some exchanges including Coinbase and Upbit have a "cleanliness" between 97% and 99%.

“Kraken is the cleanest exchange we've found, with a 'cleanliness' of 99%,” the BTI report said.

BTI also pointed out that although they found that the ratio of Binance and Bitfinex cleaning transactions exceeded 10% and sent the data to the official, it has not yet been officially confirmed.

Bitfinex responded last week that their Irisium cleaning trading software is primarily aimed at the largest trading pair and is not targeted at medium and low trading pairs.

“Bitfinex's overall cleanliness has been around 88-90%, and the head trade pair has a cleanliness of over 97%,” BTI explained.

However, BTI also pointed out that some cleaning transactions may not be the intention of the exchange itself, but the project side to brush.

Currently, some exchanges have used BTI data to review and close accounts that are found to have fraudulent transactions. The relevant data is as follows: 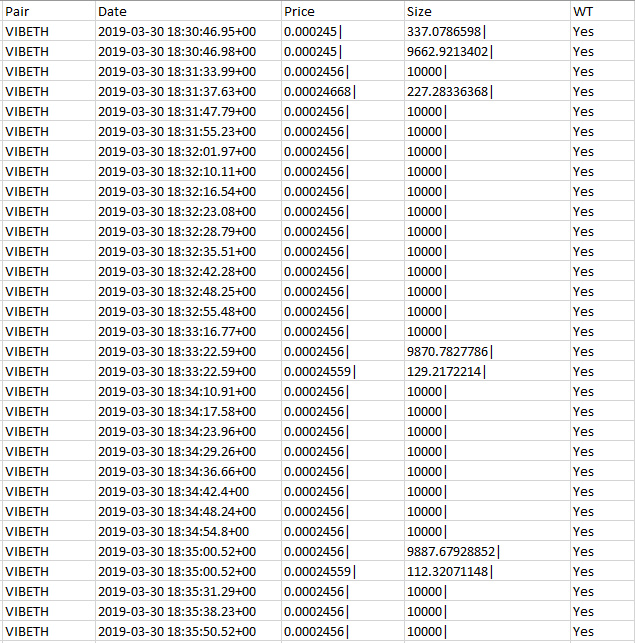 After studying the existence of brushed exchanges, BTI found that many exchanges have the same trading engine and design. These technologies are supported by the third-party website Fiver, which can create cryptocurrency exchanges for only $850; for $100, the data can be swiped to the top 10 CMC by trading robots. Which tokens are the most brushed? There are 150 tokens in the 567 tokens listed on the TOP 40 exchange, and their false transactions exceed 50% per day. Among the top 25 tokens in the market capitalization, the Ether and Tron brushes Most, the proportion of false transactions is as high as 85%, and ranked 24th and 25th in the entire token brushing list. 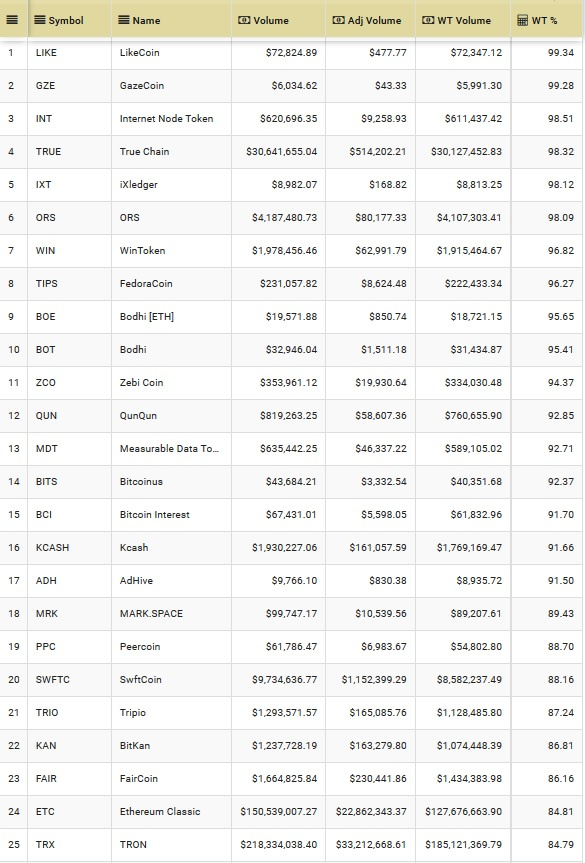 Most new stable currencies are also “frequent customers” of fraudulent transactions, including GUSD, DAI, TUSD and PAX. Among them, GUSD has the lowest real trading volume, only 3%.

The cryptocurrency market is like a wasteland. The current rules have not yet been fully established, and there is also a lack of supervision, leading to the proliferation of deceptive practices in cleaning transactions. Although some companies may benefit from it, for the industry, it is a thirst for drinking.

WikiLeaks has received over $ 400,000 in Bitcoin donations since WikiLeaks co-founder was arrested